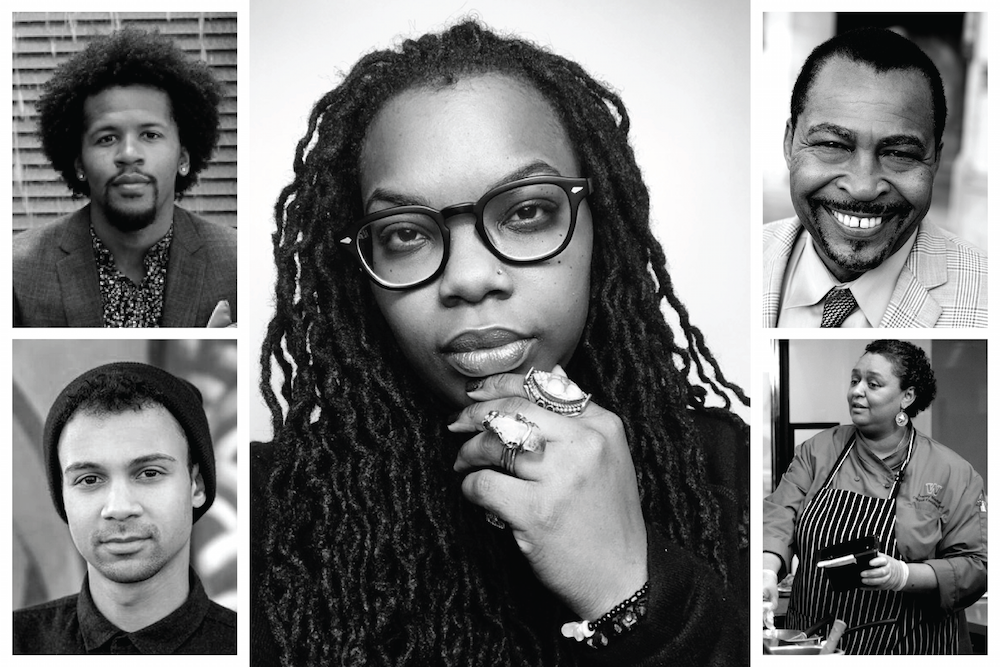 Black History Month traces its roots to the work of historian Carter G. Woodson, who in 1926 declared that the second week of February should be dedicated to the celebration of African-American contributions that “were overlooked, ignored, and even suppressed by the writers of history textbooks and the teachers who use them.”

The timing of what Woodson dubbed “Negro History Week” was intentional—it fell during the birthdays of Abraham Lincoln and Frederick Douglass. His idea was well received and, over the next several decades, was adopted in many quarters and curricula across the United States. On February 1, 1970, Black United Students and Black educators at Kent State University went a step further, officially creating Black History Month.

The University of Washington is celebrating Black History Month throughout February with screenings, lectures, and a host of other events that will shed light on Black achievement and empowerment past, present, and future.

To once more invoke Carter G. Woodson: “The mere imparting of information is not education.” We encourage everyone who counts themselves part of the UW community to engage and learn something new through the following events! 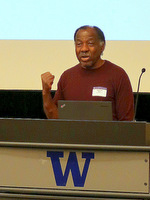 A great way to start any celebration of Black History Month by taking a step into the past. The Department of Health Services at the University of Washington School of Public Health has created a portal recognizing “influential African American leaders in public health, past and present.”

Each day, they’ll share a profile authored by Health Services Professor and MPH Program Director Dr. Clarence Spigner, whose teaching and research interests include the health of disadvantage populations, race and ethnic relations, and the intersections of popular culture’s influence: “By sharing their stories, we hope to honor these individuals for their contributions to the health and well-being of American society, as well as highlight the strength and vibrancy of the African American community in the face of generations of systemic inequality and racism.” 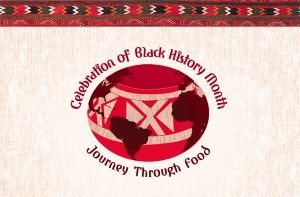 Journey Through Food, a Celebration of Black History Month 2019, (throughout February) – Throughout February, Campus Executive Chef Tracey MacRae and UW Dining staff will be serving up “African-originated” cuisine at Local Point and Center Table. Changing weekly, Chef MacRae’s menu will begin with Caribbean dishes before transitioning to meals from North Africa. The third week of February will highlight cuisines from East Africa, while week four will celebrate African-American soul food. “In executing these menus year after year, we are creating emotional connections and memories with the power of food,” Chef Tracey says. Check out the full menu here. 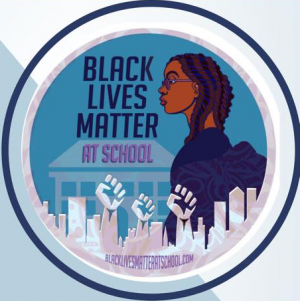 #BlackLivesMatterAtSchool Seattle School Board Mobilization, Feb. 6, 4:30-6:30PM
If you are looking to get involved beyond the UW’s campuses, consider joining the NAACP Youth Coalition as they offer a list of #BlackLivesMatter demands—including ending zero tolerance, mandating black history and ethnic studies, hiring more black teachers, and funding “counselors not cops”—at a Seattle School Board meeting the afternoon of February 6. This mobilization is part of a nationwide action. Attendees are encouraged to bring posters, friends, and—“most importantly, their own voices.” Learn more here. 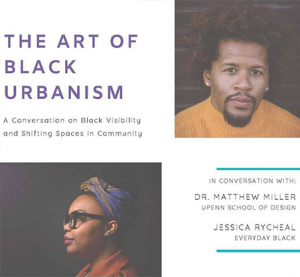 Join University of Pennsylvania Professor Dr. Matthew Miller and Seattle artist Jessica Rycheal for a discussion of black visibility and “shifting spaces in the community.” Dr. Miller is a Postdoctoral Fellow at the U Penn School of Design’s Department of City and Regional Planning whose intellectual interests include “economic development, place-making and place-keeping, and visual/spatial analysis, particularly on and for Black/African diasporic communities.”

Rycheal is a “interdisciplinary visual story-teller and Art Director based in Seattle…whose portraits explore the depth and humanity of blackness, in predominately-white Seattle and areas where gentrification and displacement eclipse black visibility.” After the conversation concludes in Architecture Hall Room 147, attendees are invited to attend a reception and exhibit showcasing both artists in the Gould Gallery. 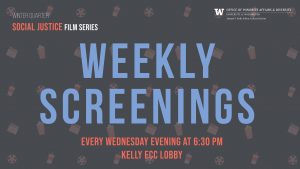 There are few more powerful mediums for documenting and sharing history and culture than film. Hosted by Samuel E. Kelly Ethnic Cultural Center, the Winter Quarter Social Justice Film Series runs every Wednesday through March 13. In February, the series’ focus will be on Black History Month. On February 6, catch Through a Lens Darkly: Black Photographers and the Emergence of a People. On February 13, see American Promise. On February 20, catch The African Americans: Many Rivers to Cross. On February 27, Dark Girls unspools. 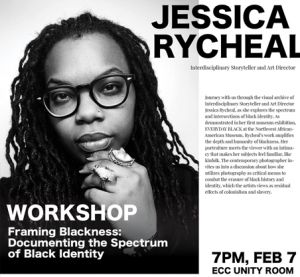 Gather in the Samuel E. Kelly Ethnic Cultural Center Unity Room to explore the spectrum and intersections of black identity alongside interdisciplinary storyteller and art director Jessica Rycheal. After participating in the panel on The Art of Black Urbanism, Rycheal will expand on his own body of work in this event. As demonstrated in her first museum exhibition, EVERYDAY BLACK at the Northwest African-American Museum, her work amplifies the depth and humanity of blackness. All are invited into this discussion on how Rycheal utilizes photography as critical means to combat the erasure of black history and identity, viewed by the artist as residual effects of colonialism and slavery.

Human rights icon Bobby Seale was one of the founding fathers of the Black Panther Party. Seale helped to institute programs such as free breakfasts, affordable housing and after-school activities. Sponsored by the Black Student Union and Student Activity Board. For more information, contact Shawn Jenkins at sabissue@u.washington.edu or the Student Activities Board office at 253-692-4684.

This film chronicles the building of the Alaskan Canadian Highway, documenting how 5,000 African American soldiers were sent into the frozen Alaskan tundra to construct a 1,500-mile military road. The film also reveals how the ALCAN project displaced Native peoples from their homes and forced African American soldiers to work in dangerous winter conditions without adequate shelter or supplies. 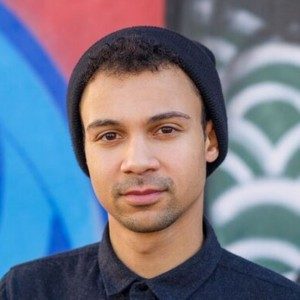 Data can be a powerful tool for fighting systemic racism and police violence. In a lecture sponsored by The Graduate School, Information School, Cascadia Urban Analytics Cooperative, eScience Institute, DataLab, Samuel Sinyangwe—a policy analyst and racial justice activist will present strategies for using data to support organizing campaigns focused on equity and justice in the US.

Singyangwe is co-founder of We the Protestors, a group of digital tools that include Mapping Police Violence, a database of police killings in the US, and Campaign Zero, a policy platform to end police violence.

The UW Tacoma Black Student Union is sponsoring a Soul Food Lunch. Tickets are $5 for either a spaghetti or fried chicken meal. For tickets, call Bryan Neal, 253-230-3835, or at the door. Music provided by DJ Jus Nice. 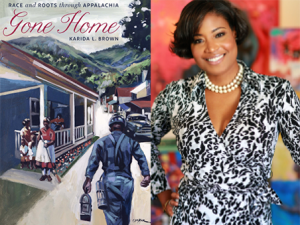 Since the 2016 presidential election, Americans have witnessed countless stories about Appalachia: its changing political leanings, its opioid crisis, its increasing joblessness, and its declining population. These stories, however, largely ignore black Appalachian lives. Karida L. Brown’s Gone Home offers a much-needed corrective to the current whitewashing of Appalachia. Drawing on more than 150 original oral history interviews with former and current residents of Harlan County, Kentucky, Brown offers a sweeping view of race, identity, changes in politics and policy, and black migration in the region and beyond—demonstrating that, as the nation experienced enormous transformation from the pre- to the post-civil rights era, so too did black Americans, and that Appalachia is far more diverse than you might think. 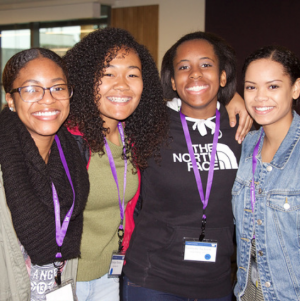 If you know African American high school students with a 3.0 or higher GPA, tell them about the Young, Gifted & Black Conference, which utilizes African American history and culture to motivate and empowers attendees to take control of their future. Through workshops and interactions with current African American UW students, staff, and faculty and the community, attendees will gain resources and role models to make a commitment to pursue higher education. There are few better opportunities to experience the UW while also growing one’s self-esteem, social consciousness, and cultural awareness. 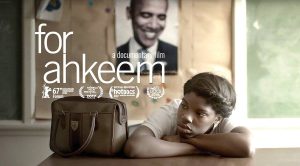 “After a school fight lands 17-year old Daje Shelton in a court-supervised alternative high school, she’s determined to turn things around and make a better future for herself in her rough St. Louis neighborhood.” Join UW for a screening of this acclaimed film hosted as a collaborative community dialogue and produced by the Social Justice Film Festival & Institute, PopUpJustice, and the UW departments of Social Work, American Ethnic Studies, Law Societies & Justice, and Geography. Following the free screening there will be food and a discussion. 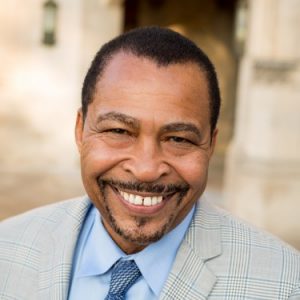 W.E.B. Du Bois was one of a handful of 20th century scholars with a sustained global impact on sociological, literary, and political thought. In this talk, Dr. Aldon Morris will draw on evidence from his just-published, award-winning book, The Scholar Denied, to demonstrate that Du Bois was the founding father of scientific sociology in the United States. That is to say, American scientific sociology was founded at a historic black university (Atlanta University) by a Black man, his colleagues and students—and not by white sociologists at elite white universities, such as what became known as the “Chicago School.” This talk will explore the methods Du Bois pioneered and his novel theorizing that laid the foundations for subsequent groundbreaking empirical studies of racial inequality and the role of black activism to overthrow racial oppression. 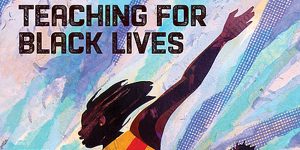 Join the Banks Center for Educational Justice as we gather with editors of Teaching for Black Lives, Jesse Hagopian and Wayne Au, local youth, and leaders from the Seattle Education Association Center for Race & Equity, and the Seattle Public Schools Ethnic Studies Program to kick-off #BlackLivesMatter at School Week 2019. Speakers will share the ways their teaching and programs center and sustain Black Lives in our classrooms and communities. Event is free to the public. RSVP here.

Be The Match – As part of the UW’s ongoing partnership with Be The Match—the nation’s largest marrow donor registry—The Whole U is endeavoring to help Grace, a young resident of Spokane living with sickle cell anemia, find a donor match to help cure her rare blood disease. Our goal in February is to add at least 200 new possible donors to the registry. For every 430 donors, another match is found and life is saved.

Be The Match is especially keen on registering potential donors who are people of color or of mixed ethnicity. “In some cases people of color can only help people of color,” says UW professor of sociology Alexes Harris—herself a blood cancer survivor and beneficiary of a stem cell transplant. “You can directly affect health disparities by donating your stem cells. Please listen to Grace’s story and consider registering for the marrow drive.”

If there are other events we have missed, please share them in the comments and we’ll add them above as well as help spread the word on our social media channels.

One Thought on “Celebrate Black History Month at UW”