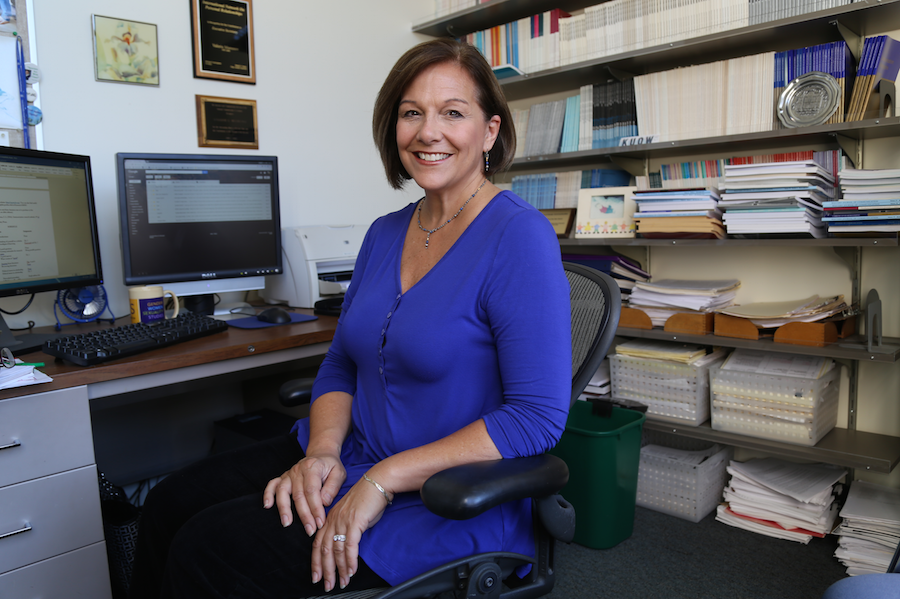 The slump of a shoulder; the twitch of a lip; a certain gaze. Some actions say it all without the need for words. But when so much daily human connection and communication occurs on this substratum of silence, what can we learn from what’s left unsaid?

It’s a question for Valerie Manusov, a professor in the University of Washington’s Department of Communication. Since joining the UW in 1993, she has studied how nonverbal actions affect interpersonal communications and, on a deeper level, how such discourse represents particular views about the nature of relationships and cultural values.

“Some nonverbal behaviors are pragmatic—such as scratching an itch—but all of them can be given multiple meanings or mean multiple things,” she says.

In other words, when a friend or partner shifts positions on the couch, that movement could be from a desire to simply be more comfortable or due to the fact they had a bad day and want more personal space. But what Manusov says is often most telling—and consequently of most interest to her as a researcher—is how the other person sharing that space perceives that shift in position.

“It’s a sort of activism to try to help people see the role that they’re playing in how they understand the world and how their own biases and narratives and perceptions about the world affecting how a situation or person is judged,” she says.

Another hurdle to that end is that people often feel they’ve been “communicating” their entire lives and consequently are not keen on taking on the topic in what Manusov believes is its deservedly more complex context. When people do begin to adopt a more mindful, introspective approach to communication, however, the outcomes are almost universally of great benefit.

“It’s not always easy and it doesn’t always lead to good outcomes, but it tends to lead to the right outcomes,” she says. “Practicing mindfulness can help your relationships because you can show up to them in a better way, but sometimes, in being mindful about a relationship, you might begin to realize a relationship is not good for you.”

She came to study “mindfulness” almost by accident, after using the term in a paper on civility and the self.

“I was interested in whether increases in mindfulness mean that we’re less likely to jump to conclusions about nonverbal cues and more likely to stay more open to what something may mean so that we’re less reactive to it,” she says.

An interest in this interplay of relationship and reaction is what led Manusov to study communication in the first place. Growing up in Los Angeles, she attended Venice High School—at the time the third-most naturally desegregated school in the U.S. But even with a student body reflective of Southern California’s natural diversity of cultures, that didn’t necessarily mean there weren’t cultural cliques and preconceptions to be overcome.

“With a lot of cultural diversity, we were faced at a relatively early age with some of the challenges of communicating across difference,” she says. One of the ways the administration addressed those challenges was by holding a weekend-long mountain retreat for students each semester.

“That brought together a very diverse group of people and gave us a chance to get to know each other,” she says of the experience, which culminated her senior year when she served as one of the retreat’s student leaders. The retreat would prove the first instance in her life that underscored the power of reflective communication— a space that afforded her and her fellow students “an opportunity to form incredible friendships and see similarity rather than difference.”

The experience in turn influenced her decision to study communication as a freshman at UCLA, where she recalls being one of the few students at the school not actively studying to be news anchors. Eschewing mass communication, she was a part of a dedicated minority whose interests lay in communication’s interpersonal side.

“Communication bridges our cultural way of looking at things, but also shifts it,” she says, citing a desire to peel past mass communication’s focus on a broadcast’s bandwidth to probe the powerful interpersonal connections experienced everyday and with far greater frequency. “We’re often unaware of the extent to which we have a bias in the ways we understand things.”

Manusov found some perspective abroad, studying in Leeds, England as an undergraduate before returning to the north of England for two years after finishing her master’s at Michigan state—teaching for two years in Sheffield before embarking on her Ph.D.

“Living in a small country, there were so many different ways of speaking, so I began noticing the shift in what someone’s communication style is and how that’s tied to their identity and larger part of the culture,” she says. “Especially living in Yorkshire.”

For Manusov, the region’s distinctive dialects and long-held cultural mores opened up a world of communicative nuance. Fascinating as it was, however, the region was caught in the economic turmoil in the wake of by Margaret Thatcher’s government’s attempt to close most of Britain’s collieries and the miners’ strike that followed 1984-85—widely deemed the most bitter industrial dispute in British history.

“They brought me over to teach pretty straightforward social scientific research, but students were angry about their future and potential and it was the first time I saw people calling for critical research. They were saying, ‘Don’t just teach me about the process; let’s critique the process.’ After that experience, I’ve always been aware of how many perspectives there are on how we should do research on communication.”

It’s a lesson that still informs Manusov’s work to this day and one she says she sees as relevant to the present as it felt in Yorkshire three decades ago: many perspectives make up a conversation, but in order for it to be both constructive and instructive, it’s important to be mindful about where, how, and why meaning can be missed or misconstrued.

“It’s really important to stop and look at what’s going on within us that’s making us react the way that we are.” In the matter of articulating a more open and understanding future, it might be that a thoughtful silence speaks loudest of all.

As a due diligence consultant, I always watch for non-verbal signs of body language. It is amazing to watch people unconsciously cover their mouth while speaking — a telltale sign of some amount of obfuscation. I’m sure Professor Manusov knows what to look for. The more amateur practitioner might enjoy the book: “Spy the Lie.”