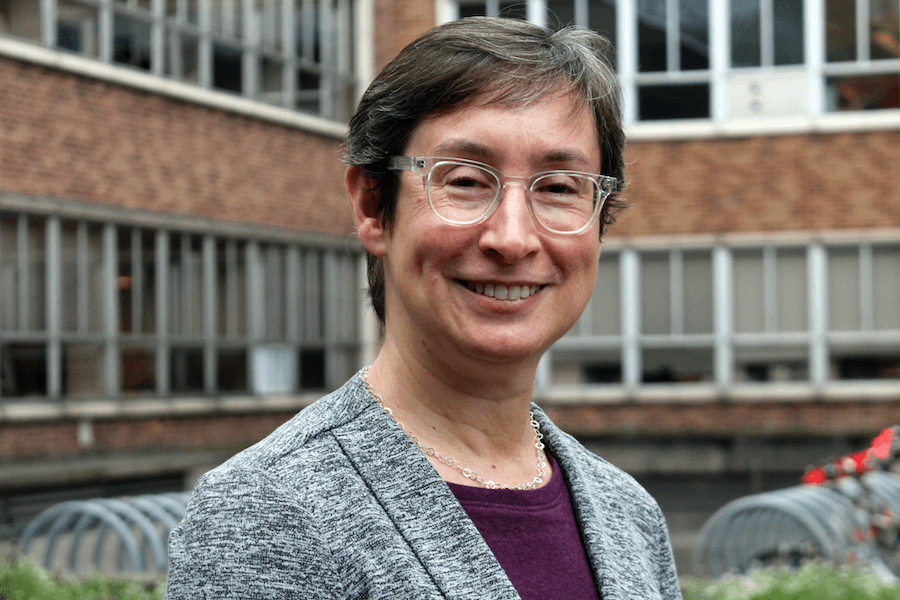 Sometimes a strike can have the most unexpected, long-term implications.

For Malia Fullerton, professor of Bioethics and Humanities at the University of Washington School of Medicine, a strike by public school sanitation workers on the Big Island of Hawaii when she was in seventh grade, set her on the path to a career as a leading geneticist and ethicist in the field of bioethics.

“After two or three weeks, garbage started piling up, so the school decided that we had to work at home,” Fullerton recalls, remembering that, as a result, one “wonderful teacher set us a nonfiction book report assignment.”

In looking for something to read and report on, Fullerton chanced across a book about hemophilia—a hereditary genetic disorder in which the ability of the blood to clot is severely reduced, causing the sufferer to bleed severely from even the slightest injury. This particular book focused on how the condition famously afflicted the royal houses of Europe in the 19thand 20thcentury, passed on by descendants of Queen Victoria to royal families of Spain, Germany, and Russia and the ensuing political discord and suffering that one random mutation occasioned.

“I have no recollection of how I came across the book, but that book just completely hooked me and it’s not lost on me that many years later I ended up doing genetics in the context of evolution and history,” Fullerton says. “I’ve always been interested in the ways in which these biological accidents cause profound political and social upheaval.”

Fascinated, Fullerton determined then and there that she would study genetics and went to college intent on becoming a doctor to do so. It wasn’t until her junior year that she realized she could do genetics with a PhD rather than an MD.

“One of the deepest ironies of my life is that I ended up working in a medical school,” she says. “Where I am now, doing what I’m doing, still heavily invested in genetics, because of that book that I read on hemophilia when I was in the seventh grade.”

Today, Fullerton combines a PhD in Human Population Genetics from the University of Oxford with subsequent humanities-based training in the ethical, legal, and social implications (ELSI) of genetics and genomics in her work as a researcher and teacher.

“The research that I do on the ethics of genetics takes me to lots of different places. I tend to function as something called an ‘embedded’ ethicist—an ethicist who serves as a co-investigator on a number of different biomedical projects funded both here at the UW and elsewhere.”

She frequently collaborates with others, including Gail Jarvik, chair of the division of medical genetics in the Department of Medicine, whose research involves finding ways “to do clinical translational genetics better”—meaning how to find people who might be at genetic risk for disease predisposition, to offer them genetic testing, and then, once people receive a test result, to help them understand that result and make appropriate choices for follow-up care.

“We’ve been doing that clinically for years, but the number of people who get access to genetic testing is fairly small,” Fullerton says. “We’re trying to expand that now and the National Institutes of Health are funding many projects with that aim in mind. And, of course, there are all kinds of interesting ethical and social questions around better and worse ways to do such work.”

When people think about ethics and genetics, Fullerton says they will often think about hot-button topics such as designer babies and genome editing.

“Those topics are really important, semi-futuristic applications of genetic knowledge that we hear about in popular media,” she says. “I do teach about some of those issues, but when I do work as an embedded ethicist, I like to focus on what’s actuallyhappening now in research and the clinic.”

She explains how scientists now have the technical capacity to sequence an entire person’s genome—effectively decode three billion nucleotides of DNA—but decoding a molecular message leaves lots still up for interpretation.

“We can do that and we even know in general how to predict the implications of specific sequence changes for an individual patient, but there is still a huge amount of unknown.”

Talking in terms of “mapping” the human genome, Fullerton extends the cartographical metaphor to illustrate that genetic mapping has the potential to take a patient to a destination, but can’t necessarily tell them what to do once they get there. That’s where an embedded ethicist comes in.

“We have the capacity to ask the question and to provide an answer, but then when we tell the patient what it will mean for them, we can’t say for sure whether or when in life a patient will develop a disease such as cancer. What we hope we can do is to use that information to give people options for disease surveillance or prophylaxis that can help catch a cancer at an early stage where it’s more treatable or perhaps prevent it altogether.”

For Fullerton, that’s the fundamental ethical question: we have the ability to give people such information, but oftentimes we don’t actually know how to intervene on that information—whether the information is actionable or not.

“Just because we can, should we? And, if we are going to, what are the better and worse ways of going about doing it? How much do we explain to patients that we are still working what much of the genome means, what kinds of emotional and/or educational supports should we provide, and how should we store and keep private people’s genetic information to be sure that they are helped and not harmed by such testing?”

Other ethical factors also enter into her work—like the fact that, because the past several decades of genetic science have mostly studied the genomes of people of European ancestry, geneticists tend to know much more about the ways that genes contribute to disease risk in those populations than in other groups.

“Even though we have a technical capacity to decode the genome for anyone, irrespective of background, what we can actually say about disease risks varies tremendously from one patient to the next because the kinds of people we have done our genetic studies on in the past have largely been white, well-insured, middle class people who are likely to get treated at  large academic medical centers,” Fullerton says.

“Trying to figure out how to do our science more equitably so that anyone can come in, get a genetic test, and receive the same quality of information and care is one of the big ethical questions I’m concerned about and spend time thinking about.”

When it comes to genetics, Fullerton says there’s information and then there’s knowledge. While geneticists have become adept at recovering and providing detailed information, what that information means brings up another set of questions entirely.

“Right now, we don’t understand why people who have the same genotype can sometimes have very different health outcomes,” Fullerton says. “Sometimes with rare conditions such as cystic fibrosis, it has to do with other genes in their genomes; with more common diseases, such as heart disease or diabetes or hypertension, there can be complicated interactions between the genes that we inherit from our parents and the foods that we eat, the amount of exercise that we get, where we grow up. These gene-environment interactions mean that the path to manifestation of a particular trait is sometimes hard to predict with certainty.”

People should be advised not to treat DNA information as a book of their future; rather, it should be regarded as a book containing details of a possible future.

“We’re giving you this information and now you need to start making some decisions about how you want to live your life,” Fullerton says. “People get the impression that genetic information is highly predictive, but in fact it’s a lot harder to know what will happen. Still, many people regard genetics as important and deterministic.”

However genetic information is viewed by scientists—or misconstrued by the general public—one thing is certain: it usually captures everyone’s curiosity one way or another. Fullerton sees it as her responsibility to raise questions around ethical issues such as use of DNA by law enforcement or by direct-to-consumer (DTC) genetics testing companies such as 23andMe—not necessarily answer them.

“My job is less to say we should or should not be doing things, but to help people to recognize that choices which might, on the surface, appear unproblematic – such as participating in DTC testing –  could have unintended effects and that in particular we have to think very carefully about consequences for others (such a biological relatives) who have had no say in those choices.”

I am also interested in similar topics and would love to meet Dr. fullerton.