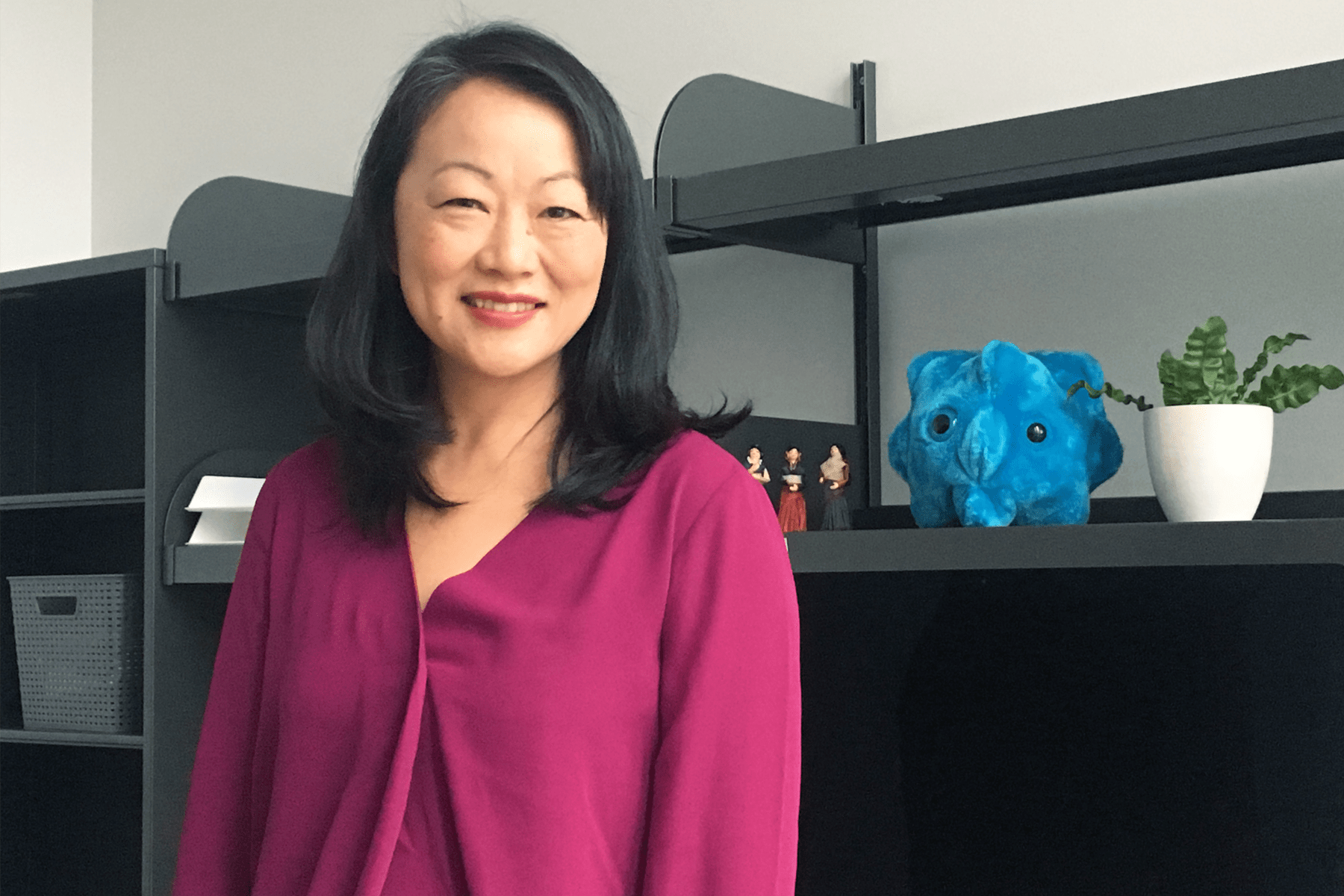 While most people spend the winter trying to avoid catching the flu, Helen Chu is actively chasing it.

An associate professor of medicine at the University of Washington School of Medicine’s Division of Allergy and Infectious Diseases, Chu serves as lead clinician for The Seattle Flu Study (SFS), a first-of-its-kind collaborative effort by the Brotman Baty Institute, UW Medicine, The Fred Hutchinson Cancer Research Center, and Seattle Children’s to better understand how flu enters and spreads in a community.

The goal: develop and implement strategies for detecting, monitoring, and controlling flu outbreak.

“The next frontier in flu prevention is the ability to accurately predict an outbreak and quickly take action to stop its spread,” Chu says of the virus that affects as many as one tenth of the population every year. “Through the study, we hope to find new ways to identify when flu arrives in a community and develop tools to protect people before it becomes widespread.”

Now in its second year, the study works by collecting nasal swabs from adults and children with colds or other illnesses, testing them for flu and other germs, giving participants their results, and mapping in real time how flu moves through the community. The study is currently recruiting people who live or work in the city of Seattle. 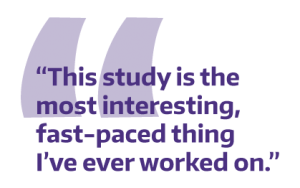 Participants can enroll themselves and their families when they are healthy or when they have cold or flu-like symptoms.

“My interest is really in how to prevent flu and other causes of viral pneumonia in vulnerable populations,” Chu says. “This study is definitely the most interesting, fast-paced thing I’ve ever worked on.”

Since beginning her career in medicine at Duke University Medical School, Helen Chu has worked all over the world—researching HIV in Tanzania as a Fulbright Scholar, studying infectious diseases at Oxford University, and spending parts of the last decade as an investigator on a flu vaccine trial from the back of a midwife-driven motorcycle for 4,000 pregnant women in rural Nepal. So what sets the experience of working on The Seattle Flu Study apart at the top of her list?

“No one’s ever done this on a city-wide scale before,” Chu says, citing the 20,000 total samples she and the team of more than 100 researchers have taken. “We have a workflow where the sample comes in, gets tested for 27 different pathogens including flu, but also things like measles, mumps, and a lot of viruses and bacteria that cause symptoms of the cold.”

Samples that are flu-positive—about a quarter to one fifth of all taken—are then advanced for genome sequencing.

“We essentially are able to tell what strain of flu it is and then whether it’s a good match to what’s in Seattle or whether it came from somewhere else and is it a good match to the vaccine,” Chu says. “Last year, we took those samples and found that there were multiple times that flu entered the city of Seattle and that some of those strains picked up and spread within a population and others extinguished.” 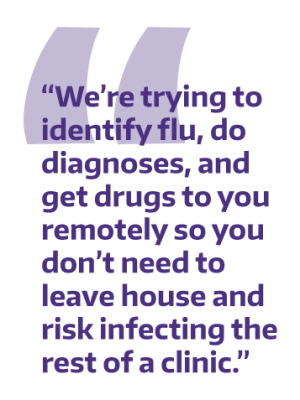 In the first year of the study, Chu, co-PI Trevor Bedford of Fred Hutch, and SFS researchers focused on early detection methods, utilizing a network of kiosks set up at locations around the city—everywhere from the HUB on UW’s Seattle campus to Sea-Tac airport—to collect swab samples from 3,000 people.

This year, they are building on their work to understand how flu enters and spreads in a community to develop mechanisms for diagnosing flu early and intervening sooner to prevent its spread within a community.

“We’re trying to identify flu, do diagnoses, and get drugs to you remotely so you don’t need to leave house and risk infecting the rest of a clinic,” Chu says. “This year, the changes are that once someone signs up and takes a swab, they’ll now be able to log on to our website and we’ll return their result to them.”

If a participant is sick, SFS will send a kit to their house to collect a swab. Two weeks after they return it, the participant can log on, input in a barcode, and, if they have the flu, find out what kind they have. Anyone can participate in the study, whether they are sick or not and there are different studies you can join based on how you answer two or three questions on SFS’s website.

Participants can enroll themselves and their families with many ways to sign up and take part in the study. To learn more visit seattleflu.org or visit study kiosks in person in multiple locations across the city.

“We really want to enroll people in households with young children before anyone is sick,” Chu says, adding the study is aiming for 500-1,000 participating households. “Last year, we figured out the way to find it and then, this year, the goal is really to take that information and develop ways to stop the spread.”

Flu particles can travel six feet—”or two rows on a bus”—Chu says, adding that while school-age children often serve as “amplifiers” of the virus, few have yet studied the spread of flu in the workplace.

“Next year, the hope [for SFS] will be to expand the interventions on a community-wide scale in order to develop it into something we can do at a city-wide level,” Chu says. It’s a citywide effort with global applications—ones Chu understands well, both from her work abroad and her own family history.

Chu was born in western China during the communist Chinese government’s one-child policy. Her grandparents were academics teaching at the Foreign Languages University in Luoyang in western China, but were sent to the countryside because they were educated.

“My grandparents, mom, and dad were all sent to labor camps or to the countryside,” Chu explains. But because her grandmother had given birth to Chu’s father while completing a master’s degree at Columbia University, his status as a US citizen enabled her family to leave—immigrating to southern California. 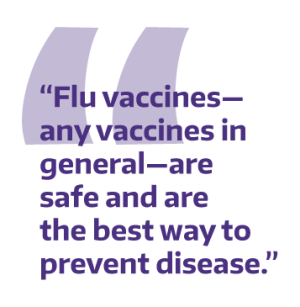 “My parents never went to college, but my grandparents were highly educated. There was always a lot expected of you,” Chu says. “My parents never got to go to school so that I think is why I went to medical school.”

After completing her undergraduate degree at Cornell, Chu studied abroad at Oxford before matriculating for medical school at Duke. She credits her mentor there, John Bartlett, for a great experience that set the stage for future success in academia.

Chu’s interest in respiratory viruses was cemented during her first year of fellowship at the UW when she encountered the H1N1 virus.

“I spent a good amount of my time on pager calls and seeing patients who had pandemic flu. The people who got sick were the pregnant women and young adults. I took care of women in the ICU who were pregnant or who had just given birth and it was just a very compelling message for me—that flu, now, can still be so dangerous.”

For Chu, the experience emphasized the importance and effectiveness of flu vaccines.

“Flu vaccines—any vaccines in general—are safe and are the best way to prevent disease,” she says. Indeed, the more we study flu, the more effective vaccines can be.

There is a new drug that a flu patient can take when they have come down with the flu; it is meant to ameliorate the symptoms if taken soon enough. However, one can only take it by prescription. Would it be good for people to be able to obtain it prior to getting the flu from their primary car doctor and keep it in case they have the flu in the future? This could save lives and prevent spread of the flu.