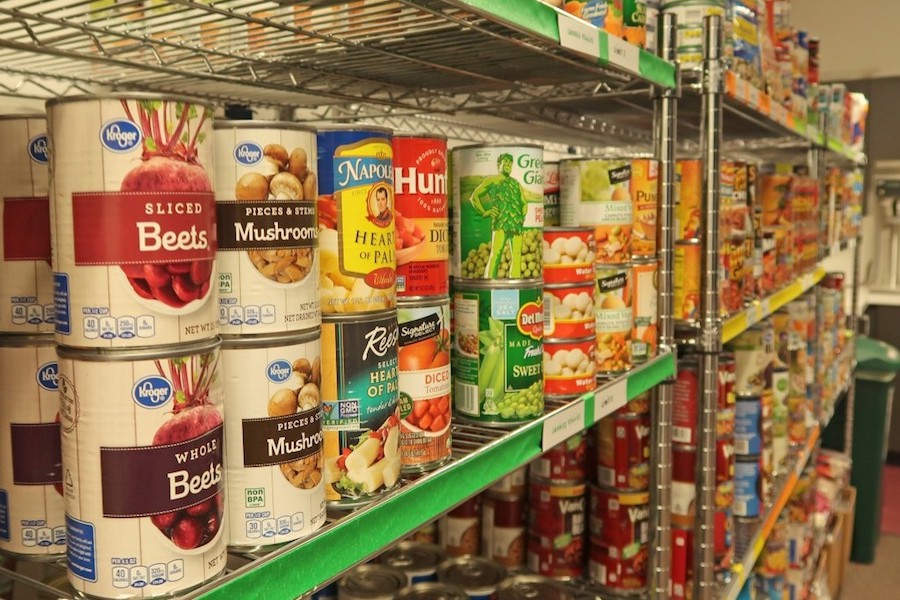 Imagine commuting on the bus to an 8:30 am class without eating a nutritious breakfast. Imagine trying to be productive at work with a growling stomach. Imagine coming home from a long day on campus unsure if you have enough food for a fulfilling dinner. And yet, in the US, an estimated 15-25 percent of college students do not get enough food due to affordability and other costs associated with a college education.

Food insecurity negatively affects physical, mental and emotional health, making it difficult for people to perform well at school and work. Food is not only something people need to survive, but also something people share. That’s why The Whole U is hosting an August drive, to coincide with our Raise the Bar summer wellness challenge, for the UW Food Pantry with a goal of donating 1,000 pounds of nonperishable food and other necessity items to the pantry.

1,000 pounds might sound like a lot, but it’s really only about 2-3 items per person participating in Raise the Bar!

We encourage everyone to donate as much as you can spare. Check this link for all the details about the many ways you can get involved, guidelines for donating, and areas of greatest need. As if you needed any more incentive, keep track of the number of items you individually, or your entire team donate to participate in our Items Donated Competition!

Here’s how it works:

First, register. All you have to do is keep track of the item count, take a photo before you drop off your donations to verify, and submit it to us when we email you at the end of the challenge. The team and the individual with the most items donated will receive a cool prize! We’ll be in touch at the end of the drive for your numbers, so focus on donating now and measure your total later—your contribution could be the world of difference in a fellow Husky’s day, week, or year.

Now you know where to go to help, so read on to learn more about why UW Food Pantry was founded and its initial, immediate impact on our Husky community.

Any Hungry Husky—Goals and Accomplishments

With a rising cost to living, working, and studying in the Seattle area, people are increasingly being forced to make financial choices that can lead to states of food insecurity—the state of being without reliable access to a sufficient quantity of affordable, nutritious food. That’s why in 2016 a multi-departmental UW task force developed Any Hungry Husky: a suite of resources that help to reduce hurdles for students in their pursuit of a degree.

Any Hungry Husky Launched in Fall 2016.

A part of that effort, UW Campus Food Pantry was launched in October 2016 as an on-campus resource that provides low-barrier access to nutritious and culturally relevant food to any students, staff members, or faculty who might find themselves in need.

“Part of what we’re trying to do in the short term is alleviate hunger and the stress that comes with not being able to afford groceries because you’re having to pay for living in Seattle,” says Melodie Reece, Any Hungry Husky’s Program Management and Communications intern.

Approximately 73% of the 400 shoppers who made use of the pantry in the last year live off campus.  Rents across the region rose 48 percent from 2012 to 2017, adding an extra $550 a month to a typical renter’s bills according to The Seattle Times.

Any Hungry Husky operates by hosting a pantry at locations on UW’s Seattle campus every two weeks—most often at the HUB and the Ethnic Cultural Center. The Any Hungry Husky team takes appointments for people who can’t get to the pop-ups or who need food in the interim. Anyone with a Husky Card benefits.

Though other food resources exist throughout Seattle, Reece notes there is a considerable difference between shopping amongst peers at a university versus a local food bank.

“”Students have largely been receptive to our pop-up pantry model,” Reece says. “A number of student shoppers have noted our judgment-free setting—this feeling is garnered by the dignifying experience that we strive to provide.” 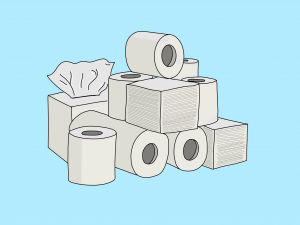 She describes the Pantry as a grocery-style shopping experience. “We usually have 8 to 9 categories [students can select a certain number of items from] ranging from canned fruits and vegetables to toiletries and household products.”

In its 2016-17 pilot year, 400 shoppers visited pantries a total of 640 times. Each visit provides shoppers with approximately $25 worth of food to supplement 4-5 days of an individual shopper’s diet. An estimated 700 additional family members, roommates, and others were also impacted as a result.

At checkout, volunteers bag the items and have shoppers fill out a short survey so the pantry can learn to better serve their needs. But even with this data, it can be difficult to anticipate what the need will be from week to week.

“We can never really predict how many people are going to show up at each pantry,” says Sophie Win Htet, the Campus Food Pantry coordinator, who manages the daily operations of the UW Campus Food Pantry including volunteer engagement. “It’s very much a balancing act.”

While the 2016-2017 pilot year for the Campus Food Pantry reached hundreds of hungry Huskies, only ~1% of UW students took advantage of the program. National data indicates that 10-20% of college students experience food insecurity on a monthly basis.

But in order to expand its reach, the first step is to become more efficient in food procurement. The more food the pantry has on hand, the easier it is to flexibly accommodate those who currently shop at the Pantry as well as expand the service to others in the community who might be experiencing insecurity of their own. 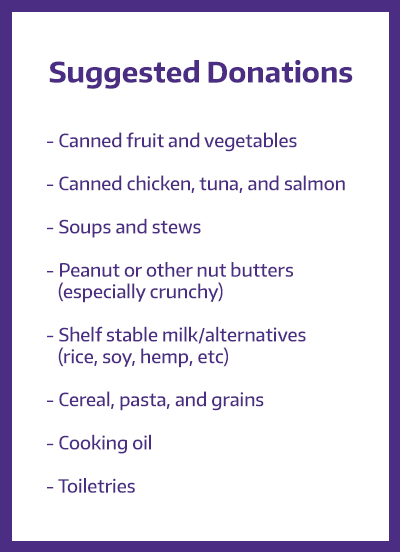 The efforts and inputs in the program’s pilot year have been far reaching, but for
Reece, her work at the pantry resonates most on a personal level.

“I was food insecure growing up. I was also an undergrad here at UW and remember having to utilize the U District Food Bank a few times just because that’s where I was.”

The opportunity to work as a part of Any Hungry Husky and Campus Food Pantry arose as Reece was returning to campus for graduate work at the Evans School of Public Policy and Governance, where her focus will be on education policy and student success.

“It meets all the boxes of giving back to a community that I live for and love and that I was a part of,” she says. “That personal connection was really important to me. It feels really good to help someone in a tangible way that you can see the immediate impacts of and also longer term impacts.”

That immediate impact is also what sophomore Sophie Win Htet finds so rewarding about her work with the Pantry. “People are going to take these items home to make a whole, hearty meal,” she says. “That is a direct, positive impact you can make on the community.”

A good meal goes a long way—relieving hunger and the stressors that accompany it in the short term, but also leading to more far-reaching outcomes: giving someone the ability to cook a substantive meal at home compounds to help whole communities grow stronger, more secure, and ultimately more successful. 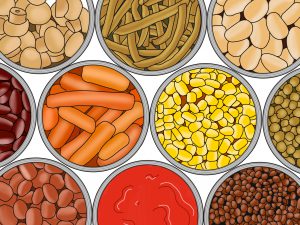 Reece relates an anecdote about a shopper who was also a long-distance runner, but since starting grad school, had to stop running because they didn’t have enough money for the food it takes to sustain a body that’s exercising.

“By donating, you’re investing in your community and in yourself.”

To learn about upcoming dates, times, and locations for pop-up pantries, visit the UW Food Pantry Facebook page. Students and staff who are interested in volunteering may fill out this interest form online. To donate food, you can drop off items at the Ethnic Cultural Center front desk, Monday-Friday from 9 am through 5 pm.

The UW Farm (UWBG/College of the Environment) donates fresh, student grown produce every week to the Student Pantry. We could really use some volunteers to help wash, pack and deliver to the Pantry on Tuesdays. Visit our Volunteer page here: https://botanicgardens.uw.edu/center-for-urban-horticulture/gardens/uw-farm/volunteer/#/?i=1