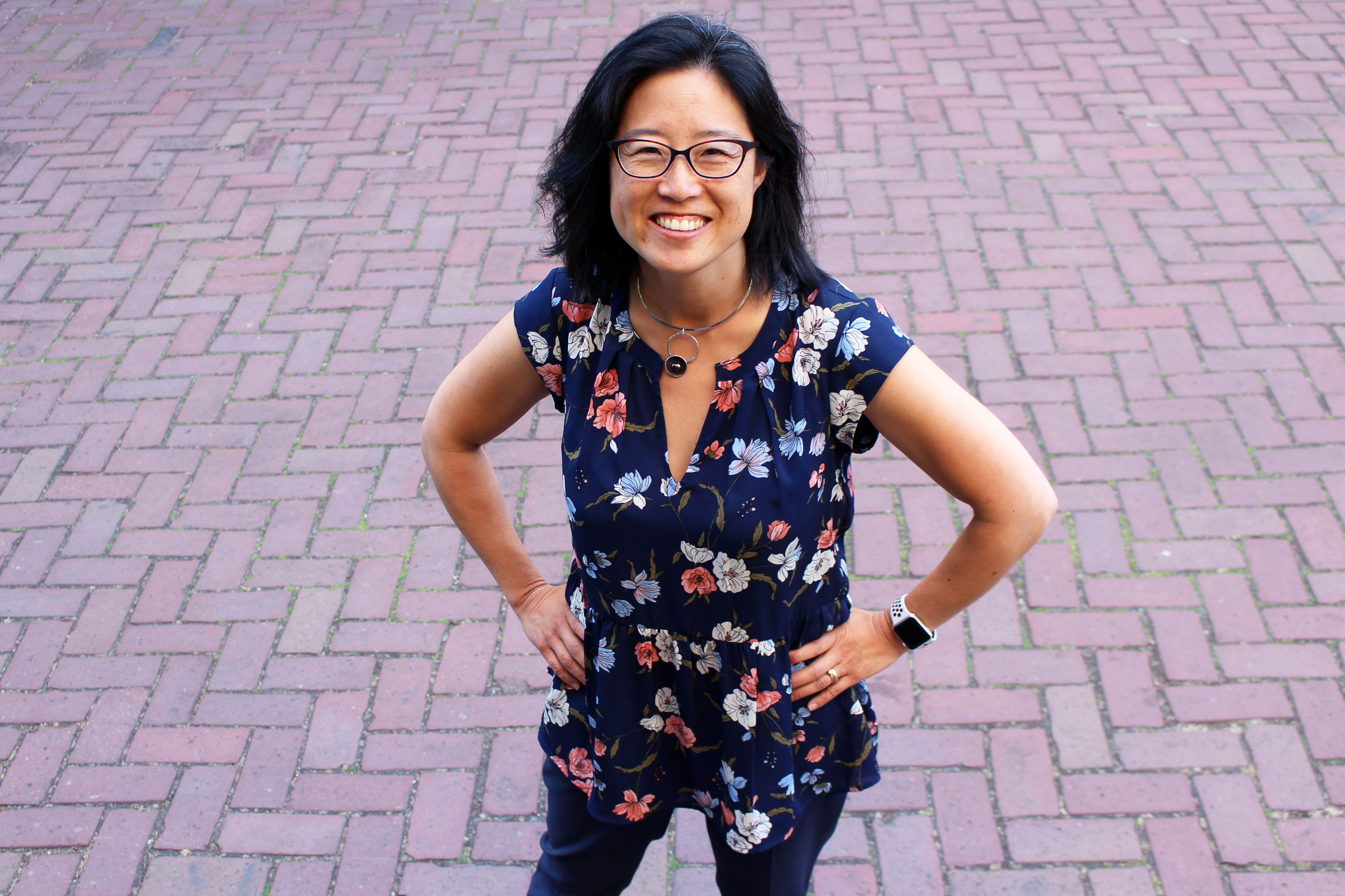 As millions of students go back to school this September, one University of Washington professor says school leaders and other involved adults have just as much opportunity to learn once the first bell rings.

“There are forms of expertise that educators don’t have,” says Dr. Ann Ishimaru, an associate professor of Educational Policy, Organizations & Leadership at the UW School of Education. “Educators really need to learn from parents and communities as partners.”

Ishimaru’s scholarship examines both formal and informal structures of educational leadership, arguing that historically marginalized students, families, and communities have the power to be catalysts in the drive to create equitable educational environments—and systemic change in education as a whole.

“How do we realize educational systems that can actually fulfill their mandate to educate and to realize the potential of all kids?” Ishimaru says. “If we, as educators, have a responsibility to nurture and cultivate and help students realize their potential, but can do that for some kids and not for others, then that’s a miscarriage of the purpose of public education—we’re merely reinforcing the kind of inequities that exist in the broader system.”

Ishimaru drew on both statistics to frame research about how traditional structures of school-community engagement—such as PTA meetings and the chance for parents to serve as volunteers or chaperones—often serve to reinforce the top-down power structure of schools.  At the same time, she argues, such opportunities prop up institutional racism: low-income families and families of color are marginalized when teachers and school leaders too easily dismiss “uninterested” parents who don’t—or can’t—show up for events.

“Once we really understand the problem, how deep these inequities go, it can be paralyzing,” Ishimaru told UW News after publishing her findings in the Peabody Journal of Education in May 2017. “But if we can get out of everyone thinking they have to see it in terms of their own self-interest, it opens up all kinds of possibilities.” 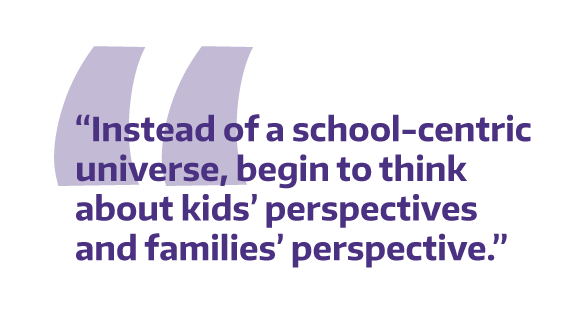 Educators cannot address the deep inequities that exist in schools alone, but a first step they can take is repositioning their notions of school within a broader framework of a student’s whole life.

Ishimaru posits that a school-centric administrative mindset tends to produce a “really subtractive experience for student in which they are seen not as a whole person, but as a brain abstracted.”

“I’m trying to help leaders and others recognize that schools have often historically been places that colonize, marginalize and seek to assimilate students and communities of color,” Ishimaru says.

“One way we can begin to disrupt that is to think about schools as an important place in the largest context of the whole learner. Instead of a school-centric universe, how can we center young people and their families’ perspectives? What might it take and what might it look like to shift from where we currently are now to a place where all kids can be whole?”

That’s a question Ishimaru sought to explore further in her most recent published paper, “Re-imagining turnaround: families and communities leading educational justice.” Through the lens of Seattle’s Rainier Beach High School, it examines how minoritized families, community leaders and formal leaders disrupted the “default institutional scripts of schools” to drive equity-focused change for all students—but particularly African-Americans from the neighborhood.

“There’s been this huge push around the idea of turnaround schools—this idea that we’ll identify the worst schools and then we’ll turn them around,” Ishimaru says, commending the sense of urgency, but cautioning the assumptions that get made along the way. “Underlying those reforms and policies, there’s a set of assumptions about where and what the problem was and what needed to be done to change.”

The recent paper’s findings suggest strategies that can be used by families and communities to “infiltrate” conventional structures and reorient them toward equitable collaboration and educational justice. Ultimately, when parents who are typically marginalized by schools engage, advocate, and even co-design programming and curriculum on behalf of their children, it transforms them from “clients or beneficiaries” into “decision-makers alongside principals and teachers,” she says. When that happens, better decisions get made and we move closer to equity. 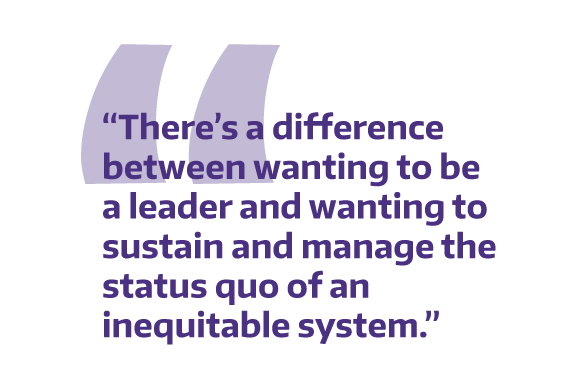 “If we are to think about schools as institutions and understanding them in that historical perspective, leadership is about change,” Ishimaru says. “There’s a difference between wanting to be a leader and wanting to sustain and manage the status quo of an inequitable system.”

Leadership, for Ishimaru, is not about being in a role, such as principal or superintendent; it’s about fostering change in an organization. She draws a distinction between “leadership as a noun and leadership as a verb.”

As a verb, it can be done by anybody.

In talking about her work, Ishimaru is keen to dispel any thinking that “it is somehow for families and communities or for their benefit.” For Ishimaru, it’s less about doing something “for people” and more about supporting formal systems in enacting collaborative leadership, all while educating parents and communities in ways of building collective agency to lead within – and beyond – that system.

“Our systems need to figure out how to do collaborative leadership or we’re not going to get to the kind of change we need to see in schools,” she says.

Ishimaru’s efforts to bring equity to education emerged from frustrations experienced earlier in life—both as a student moving from school to school and later as a teacher and educator. The oldest of three children, she was born in Illinois, but moved throughout the country, making stopovers in Georgia and Washington.

“We moved enough that that was a feature of my growing up: being in quite a number of different public schools and places,” she says. “I picked up all sorts of notions of what it means to teach and to learn from what I observed.”

Her own experience growing up as Asian-American in predominantly white communities also shaped her understanding of the racialized context of schools—sometimes in “really intense” ways. She recalls not wanting to tell classmates her middle name as a child and young teenager and also remembers her favorite teacher being a standout both for his abilities as an instructor and because he was black.

It was majoring in human biology at college at Stanford that first drew Ishimaru to environmental education. As an undergraduate doing science education outreach, she encountered first-hand the problems of sharing white notions of environmentalism with primarily students of color, remembering one visit to a school in East Palo Alto as “almost an out-of-body experience.”

“There was just a big disjuncture for me of coming in with a set of ideas, teaching them to these kids, and presuming a bunch of stuff about them,” she recalls. “It was a very racialized experience of good intentions but of imposing a set of white middle class values, assumptions and norms on a group of kids who brought different experiences, norms, and cultural practices to the classroom.”

She says she see educators doing that all the time: they mean well, have good intentions, but still impose certain sets of norms on students, “partly because we don’t know what else or how else to do things.”

Her observed experience as an undergraduate led Ishimaru to pursue a master’s in science education, specializing in teacher education and curriculum: “I was focusing on how to bring together ideas of environmental justice with multicultural education and trying to piece those things together.”

Becoming an educational researcher allowed Ishimaru to move through schools in ways she’d always wanted to, looking for avenues for improvement and opportunities to build connections where none formerly—or formally—existed.

Working on her doctorate from Harvard’s Graduate School of Education, Ishimaru cemented years of experience as part of a research project studying community organizing groups across the country.

In 2012, she joined the UW College of Education faculty and today serves as a Principal Investigator on three major research projects: The Family Leadership Design Collaborative (with Dr. Megan Bang), the Cultivating Capacity for Racial Equity in Education Project (with Dr. Min Sun & Dr. Filiberto Barajas-Lopez), and the Organizational Leadership for Equity Project (with Dr. Mollie Galloway).

For Ishimaru, The Family Leadership Design Collaborative represents “the next level of work” on her research concepts and practices: a multi-year national research project and network of over 50 family leaders, community organizations, scholars, and organizations working to center racial equity in family engagement. The Collaborative’s first phase involved multiple gatherings and design circles in ten different communities across the country. The second phase, now underway, delves into a subset of those partnerships to do in-depth work developing new practices, measures, and tools to support shifts in policy and practice. 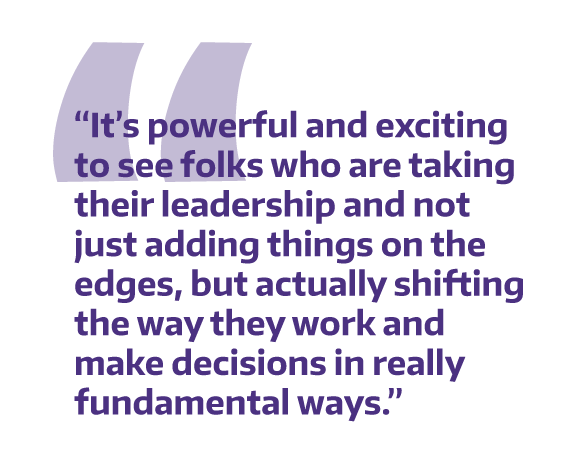 “The UW has been a terrific opportunity for me to grow, especially the theoretical and methodological approaches that I take to my research and then to integrate those into my teaching,” Ishimaru says, crediting the College of Education as a national leader in design research.

Ishimaru also credits “amazing” opportunities to collaborate with learning scientists at UW as having helped her learn more about co-design and participatory design research—elements she brings to her work and research in schools throughout the Seattle area. She also acknowledges WIRED—a collaborative at the UW of Women Investigating Race, Ethnicity and Difference.

“They have been incredibly supportive and created important space for scholars doing “edge” work around issues of race and equity that’s not always embraced,” she says, calling UW “fertile ground” for that kind of work along with partnership work.

“It’s powerful and exciting for me to see folks who are taking their leadership and not just adding things on the edges, but actually shifting the way that they do their work and make decisions in really fundamental ways.”