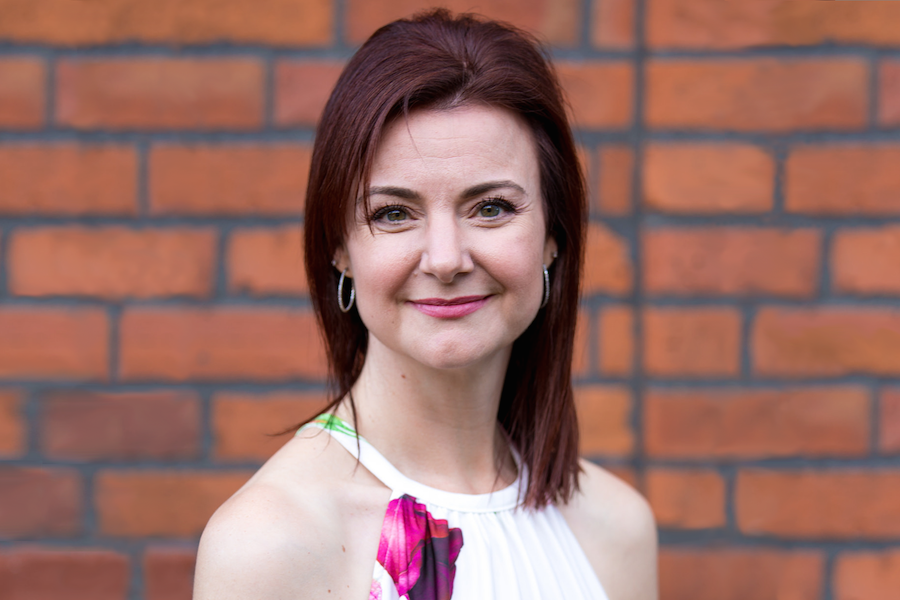 Barbara Bartolatz knows what it means to be from Tacoma. She grew up in the city’s North End, attending Stadium High School where she was an active participant in regional philanthropy efforts such as the second annual Relay for Life. She also knows what it means to be resilient. The first in her family to attend college, Bartolatz supported herself at Tacoma Community College before transferring to University of Puget Sound.

When circumstances prevented her from finishing her degree, she resolved she would someday return to college and graduate. She didn’t know when, how, or who might help her reach that goal, but as life pulled her beyond Washington’s borders, Bartolatz left the state with a suspicion that her Tacoma roots might one day draw her home.

“Once you leave the Pacific Northwest for an extended period of time and you have the opportunity to come back and visit, you realize how fabulous it is,” she says. After leaving college, she spent more than a decade away from Washington—first in Sitka, Alaska as a coach and teacher’s aid, then in Ann Arbor, Michigan, where she eventually shifted from working in schools to a career in event planning. “But after 11 years away, I knew I wanted to be a part of what was going on here.”

Part of that call homeward, Bartolatz says, was what she had observed of Tacoma’s “revitalization” with UW Tacoma as its “anchor.” The city’s growth and development since the early 1990s mirrored her own; its rise-from-the-ashes-of-industry second life ran parallel to her own experience of rebirth. In 2001, she had survived a near-fatal car accident on a snowy Idaho road that left her with a broken neck and in need of extensive reconstructive surgery on one hand. After nearly two years of painstaking rehabilitation, she felt it was finally time to come home.

Drawn to the non-profit world through prior work with schools and hospitals, Bartolatz nevertheless found jobs in that sector scarce upon her return to the South Sound. After what she describes as three unfulfilling years working for a medical sales company in Kent, she landed a job as a community development officer for Mary Bridge Children’s Hospital. It appealed as an ideal stepping stone to her dream of becoming a full-fledged major gifts officer—raising money to fund institutions and initiatives that promised to have substantive impact on peoples’ lives.

“Working for the local children’s hospital was a great way for me to get back into the community and not-for-profit work,” she says. But her unfinished past seemed to blunt her every effort to move forward within the organization. In six years, she was three times passed over for promotion to major gifts officer—always on grounds that she hadn’t completed her degree.

After being told not to apply for the position the next time it arose, she recalls feeling defeated—hindered by that lingering lack of a credential in spite of proven experience in the fundraising field. What confidence she had to spare risked quick erosion. What goals she held before her felt farther away than ever.

“I just didn’t think anyone would hire me as a major gift officer.”

Then, a chance encounter changed everything.

“Debra made it happen.”

One day, while working a table selling hospital raffle tickets at the Stadium District Art and Wine Walk in September 2011, Bartolatz struck up a conversation with a passing stranger new to the area.

“I did not know what her role was, but I learned she worked for UW where I’d done a nine-month fundraising management certificate a few years before. I told her how much I loved it and how I would love to get back to school.” The two chatted a while longer before the stranger handed Bartolatz her card. “She said, ‘I’m going to be adding to my development team and I’d really like to continue our conversation,’ and that’s when I learned it was Chancellor Debra Friedman.”

Several months later, Friedman called Bartolatz in for an interview. While it felt like just the break she had been waiting for, Bartolatz felt it necessary to explain that shadows of doubt seemed to hover over her lack of a college degree. Friedman, however, would have none of it.

“When Debra was interviewing me, I said, ‘You know I don’t have my degree,’ and she said, ‘We’re going to make that an asset and not a hindrance.’” Reflecting back on the conversation, Bartolatz says, “that was so Debra,” dubbing her “a champion of working moms and all students with unrealized potential.”

Friedman then made Bartolatz what seemed at first an unorthodox proposal: “She told me, ‘You’re going to be in our classroom; you’re going to get to know campus in a way the rest of us don’t, because you are going to be a student and one of our major gift officers. You’re going to have your ear to the ground in ways that others in your department aren’t able to.”

The bond was solemnized—Bartolatz started to work in UW Tacoma’s development office while taking one class a quarter on track to complete the credits she needed to graduate. Over the next two years Friedman and Bartolatz would check in with each other frequently, connecting over insights Bartolatz gleaned from her experiences in the classroom and discussing how those might translate to helping UW Tacoma move important capital projects forward to better serve the student population.

Not long after that conversation, however, Bertolatz’s renewed drive was shaken when Friedman passed away after a short battle with lung cancer early in 2014. Bartolatz and countless others in the UW community mourned the sudden loss, devastated at having lost such a mentor and supportive friend.

“Debra was the one who gave me a chance when I didn’t think anyone would give me a chance and I didn’t see how I was going to be able to go back to school,” Bartolatz says.

Even in face of the loss, however, Bartolatz kept achieving A’s. Upon graduating this past spring, she had a 3.96 GPA and, per Friedman’s assurance, walked with Faculty Honors to receive her diploma in the ceremony at the Tacoma Dome—her nine-year-old daughter watching on proudly from the audience.

“Debra made it happen.”

Having reached her long-striven-for milestone, Bartolatz says that besides having more time to spend with her daughter, little stands to change in her life now that she’s no longer a student. She’ll still show up to the same job—embedded in the fabric of the UW Tacoma campus, equipped with a unique, dualistic toolbox combining the insight of an undergraduate with the experience of a fundraising professional.

“What I do is very personal,” Bartolatz says. “I think having this job and then being a student these last few years has made me better able to communicate with donors and our community about the needs of our students and just how amazing this campus is.”

The most meaningful aspect of her work, she says, is sustaining the cycles of community engagement that ensure people who wish to pursue their education in the South Sound can. Bartolatz says what makes UW Tacoma’s development profile so unique is that an outsize proportion of major gift donors aren’t University alumni—just community members who care about the bringing out the region’s fullest potential.

Bartolatz views herself as a beneficiary as well. And while the boons came later in her life, she says better now than to have never come at all.

“Had UW Tacoma existed as it is right now when I was of traditional college-going age, I probably would have come here and I would not have had to leave school as I did,” she says, citing the University’s suite of free “wraparound services” such as tutoring and printing aimed at helping first-generation students succeed, graduate, and launch careers.

“I didn’t know services were available to me at school when I first was there—a first-generation kid doesn’t know to ask the question,” she says. “Here, we do so much to educate our students about what is available to them and encourage them to ask questions. Had I had that, my path would have been really very different.”

Not that she regrets a single step along the way.

“Everything happens for a reason.”

Wonderful and inspiring woman. Thank you for this story. Go UW Tacoma! And go Barbara!

The world is filled with wonderful “Butterfly effect” moments – this being one of them.

Nice to get to know more about a colleague. We all have taken different paths to become part of this community.