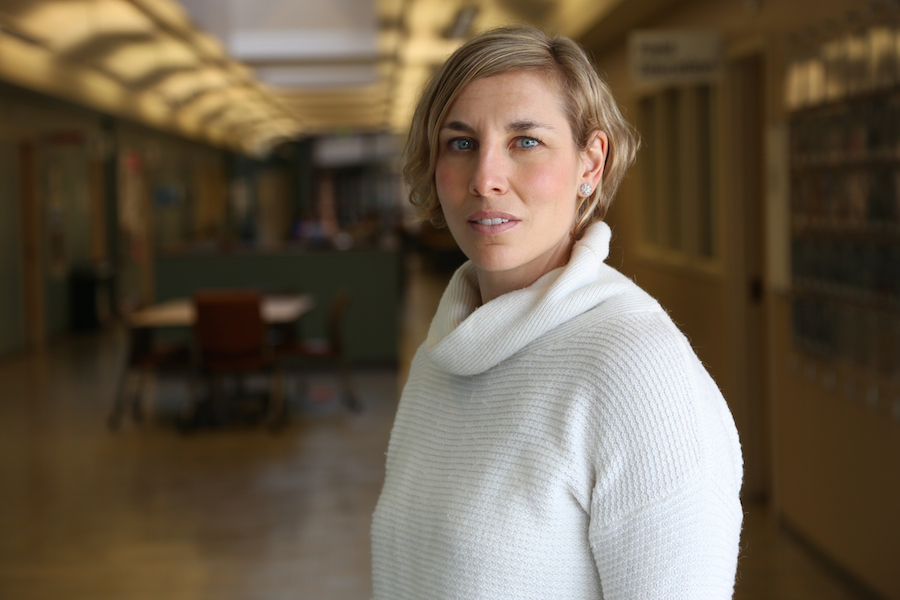 Katie Querna M.S.S.W. is a Ph.D. candidate at the University of Washington School of Social Work. She is an intersectional feminist social welfare researcher, focusing on the ways in which gender and sexuality norms impact health. Through her research, she hopes to reduce violence and sexual risk by advocating for gender and sexuality inclusive policies. The following article originally appeared in Psychology Today.

Steps for men to support nonviolence.

“I don’t really know what to do…I feel like I’ve just entirely stopped talking to the women in my office, and honestly, don’t know just like how to be or what to do right now, and I know that avoiding women is not the answer.”

A dear friend said this to me recently, but it seems to be a common sentiment for many men over the past few months. Every day, our news is awash with powerful men caught behaving badly. Many of us are doing our best to cope with the pain of creating and maintaining a world that is not safe. The bodies of women are not safe; the bodies of people who identify as LGBTQ are not safe. Even having sex and gender privilege does not make you safe, because the emotions of heterosexual, cisgender men are restricted and controlled too.

Caring men, like you or those in your life, can struggle with the desire to “be a good man” while not always knowing how to do that. Most men realize that supporting women and girls goes well beyond not perpetrating rape. The pressures of traditional masculinity can make it hard to explore the many ways of being a good man, but men are seeking and often discovering these paths.

As a gender and sexuality researcher, I study how men learn about gender and how those social norms affect people’s relationships and health. As a social worker and yoga teacher, I partner with people to heal and grow connected, compassionate relationships and communities. As a woman, I can offer some perspective on what women might like to see, and some examples of actions and explorations that have been helpful to many of the men I have known.

Much has been written to help victims and survivors (including women, men, and, increasingly, people who identify as non-binary). Similarly, there are many articles speaking to women and allied anti-violence activists. The articles are always important, however, I have seen fewer articles for non-offending men, critical allies in the struggle for equity, and would like to do more to productively bring them into this movement too.

Too often, traditional masculine gender roles encourage men to disconnect from their bodies and their emotions, harming their mental and physical health and damaging their relationships. These effects are not inevitable or irreversible, but gender norms are the ocean that we swim in and undoing them involves attention and practice.

We all can benefit from connecting to our bodies as sources of information that provide clues about our emotional experience. This is one of the key insights of mindfulness meditation, yoga, and many contemplative practices. Connecting to bodily sensations builds capacity for managing difficult emotions and supports the kinds of relationships that you want to have.

So, the next time you feel the urge to fire off a response when you see something on social media about another man abusing his power…

Ask yourself, what does this feel like in my body? Where do I feel tension? What is my relationship to that tension? Notice the information that your body provides. Maybe your stomach is clenched or your jaw is tightened. Kindly, and without judgment, notice these sensations and allow them to exist. These are some of the ways that our feelings let us know that they are present.

Too often we avoid these feelings by approaching them like a “problem to be solved” and “solving” looks like doing something. These feelings are temporary and you can handle them. Soothe yourself by putting a hand on your belly or rubbing your jaw, for example. It is critical that you first feel and care for those emotions before you “do” anything, because “doing something” reactively (especially given all of our prior conditioning), often results in further harm.

Acknowledging that we live in a world that enables men to harm women is hard. Realizing that you may have played a part in the oppression of others hurts. Sitting with the paradox and ambiguity of holding multiple truths such as “I am a good person, and I have benefited from sexism” is difficult.

Recognize that your desire to support women comes from a fundamentally human place of wanting to belong. Allow yourself to feel your innate connection to others rather than fear or insecurity, which stems from a sense of “otherness” and can drive reactive, unhelpful responses.

Holding that sense of connection, recognize our collective responsibility for undoing sexism. Men like Harvey Weinstein, Bill Cosby, and Matt Lauer are not “monsters” or aberrations, they are men who have perpetrated inexcusable harm, and they are symbolic of the unequal world that we live in and all play a part in shaping. While difficult to do, it is necessary to acknowledge that their behavior exists within, and is enabled by, socially constructed gender roles. These roles are at play on all levels, from individual relationships to policies, and have the effect of systematically harming women and keeping men feeling disconnected.

Given that this world was constructed (it did not “just happen”), we have the capacity to change it!  We have made and are always making the world that we are living in.

So take stock: how are you spending your time and energy? Is it supporting the kind, just world that you want to make? Rather than writing into the vast ethers of the Internet, try other strategies that focus on your own beliefs, behaviors, and in-person relationships.

Here are a few suggestions, again mostly oriented to people who identify as men, but many of them might be helpful for others too.

These suggestions will likely require some behavior change. Behavior change can be difficult; it is a practice, and will look different in different contexts.

“If you have come to help me, you are

wasting your time. But if you have

come because your liberation is

bound up with mine, then let us walk

We can only move forward in true solidarity if we continue to remember our connections to one another; how bound our liberation is to one another. Once we feel that in our bones, we will inevitably work collectively to undo sexism.

Being a person who cares is hard. Holding all of the truths of being a kind person and having inflicted wounds is hard. Touching into feelings of care and wholeness can be difficult. Be kind to that discomfort over and over again.

The road to gender equity is long and winding, and starts with deliberately cultivating our individual capacities to sit with discomfort, not from “knowing exactly what to do or how to be.” It is only from that critically aware and connected place that men can respond in a way that is truly supportive of women, and we can walk in genuine solidarity towards liberation.

As for my close friend, he still says that he fears women calling him “creepy,” but knows that the minor discomfort that comes from that fear is manageable. He also knows that he can trust his own capacity, and the capacity of women in his life, to have interactions and relationships that are connected and not “creepy.” As he said, “there is a big space between not talking to someone and being a creep.” He has a renewed investment in undoing sexism. Three weeks after our conversation, his wife gave birth to twins, one assigned female and the other male.

So let’s get to work making a non-violent, equitable world for them—and for all of us.

For more from Katie, see this article from Right as Rain in which she was interviewed about sex and consent.