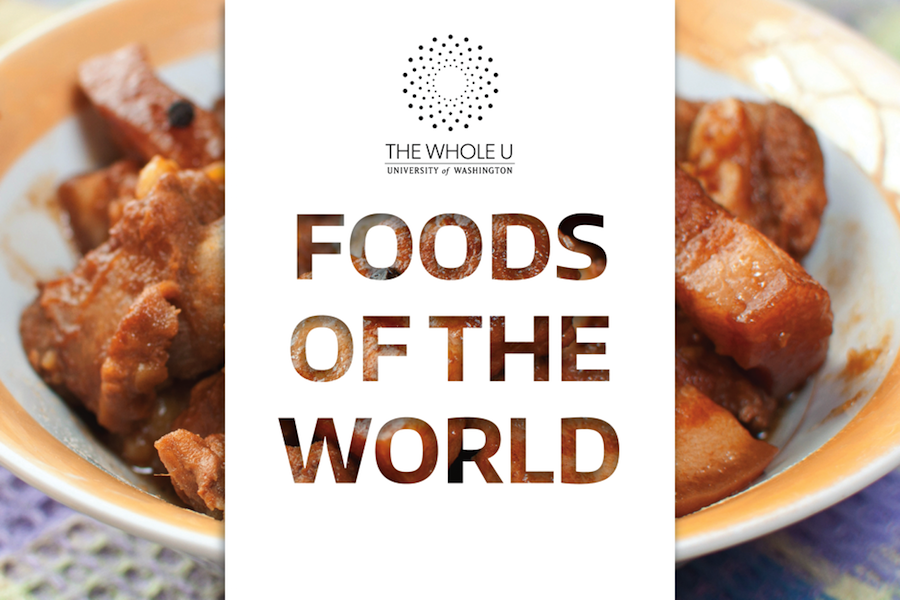 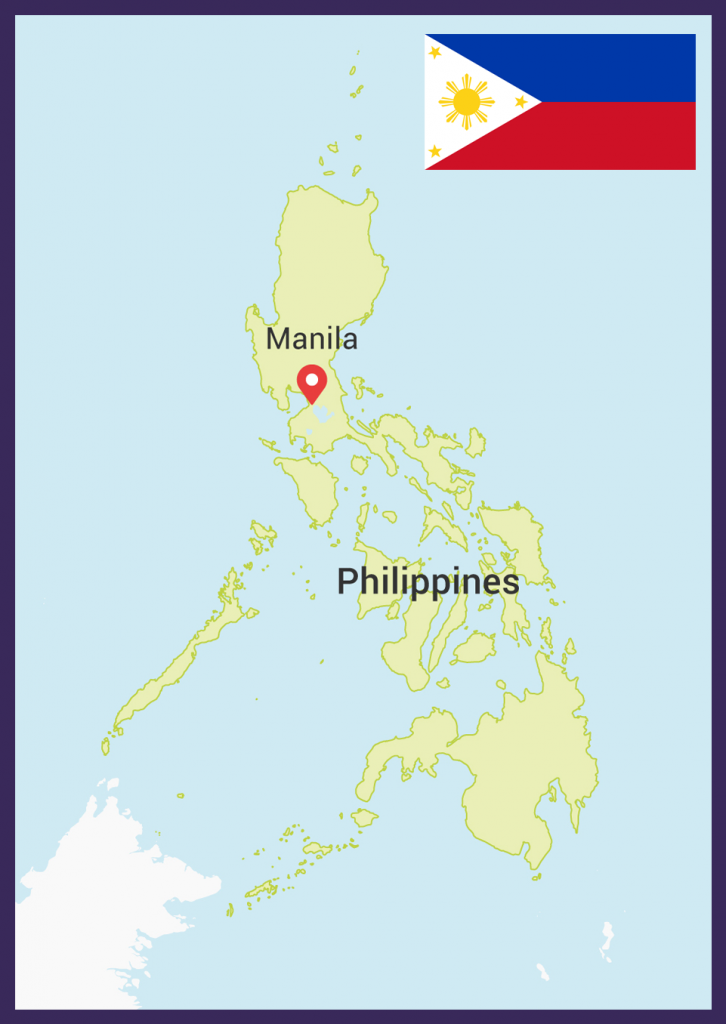 Encompassing 7,107 islands, the Philippines is divided into seven major regions and features a wide variety of regional fare, so it’s not easy to put one’s finger on what might constitute a Filipino “national” dish. However, one that could lay claim to that distinction is Adobo, comprised of chicken or pork stewed in apple cider vinegar and soy sauce, garlic, peppercorns and bay leaf.

Most basic Adobo recipes are seasoned only with garlic, bay leaf, and black pepper (the peppercorns can be left whole or crushed for a more vibrant flavor), but additional seasonings may include ginger, onions, or other vegetables.

Like many from cultures based in warm climates, those native to the Philippines developed various methods of preserving food. Adobo utilizes the acid in the vinegar and the high salt content of soy sauce to produce an undesirable environment for bacteria to grow. This preservative quality, coupled with its delicious flavor, served to increase Adobo’s popularity. Traditionally cooked in clay pots, today it is commonly made in metal pots or woks.

When the Spanish invaded and settled in the Philippines during the 16th century, they witnessed this traditional Filipino cooking method and called it Adobo, which is the Spanish word for marinade. Various kinds of meat can be part of an Adobo.

Even though the Adobo marinade can vary from region to region and cook to cook, there are some Adobo dishes that are made more often than others. Chicken Adobo is the most well-known, but Adobo can also be made with pork, beef, fish, or other types of meat. When chicken is the meat of choice, it’s called Adobong Manok; Adobong Baboy includes pork; Adobong Baka is made with beef. Although not required, the meat is often fried after stewing to give it a crispy exterior.

A typical Filipino meal is often accompanied with white rice, which helps accentuate the flavors, but no matter how you prepare it, Adobo always tastes best when consumed together with family and friends. 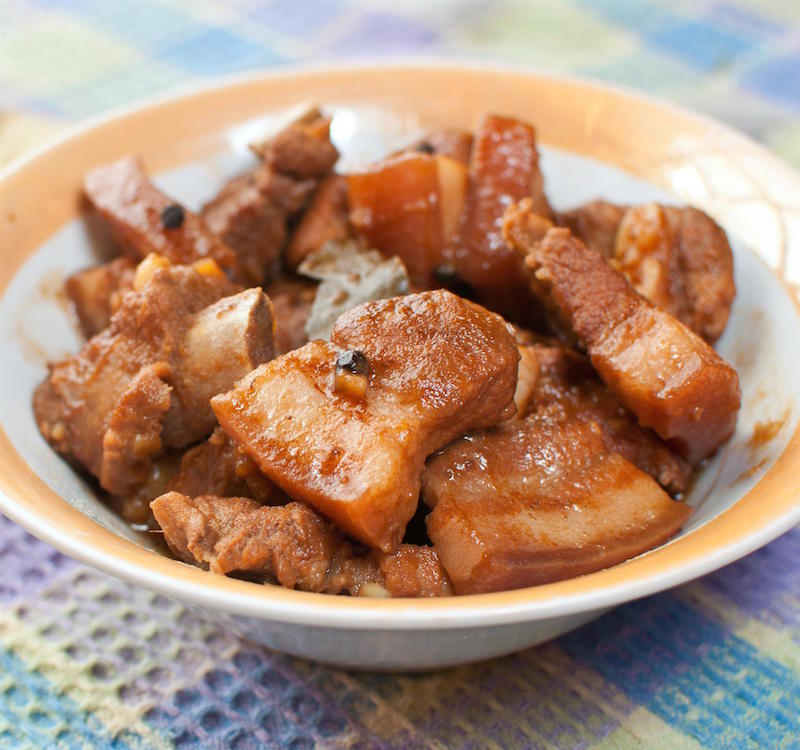 Heat a large pot on medium-high heat and put in the marinated pork belly. Then sear pork for about 10 minutes (be sure to sear all sides).

Add water, whole pepper corn, and dried bay leaves, then put on high and bring to a boil.

Reduce temperature to medium, cover, and simmer for 40 minutes to 1 hour.

Remove cover and add the apple cider vinegar; simmer uncovered for another 12 to 15 minutes.

Add salt to taste and serve hot. Share and enjoy! 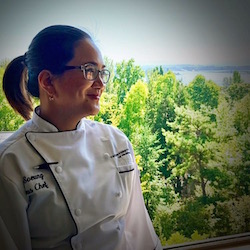 Chef Jo Soeung grew up in Baguio City, Philippines where she became well versed in the culinary styles and flavors of East Asian and Spanish influence cooking. A move to Seattle exposed her to a world of new, fresh, international flavors common to the West Coast and the belief that cooking was truly her life’s calling.

After spending years developing her skills in some of Seattle’s most renowned restaurants and hotels, Soeung joined the University of Washington Club and began a new adventure. Despite her skills and years of experience, she still claims that her dad makes the best meatloaf she’s ever had.