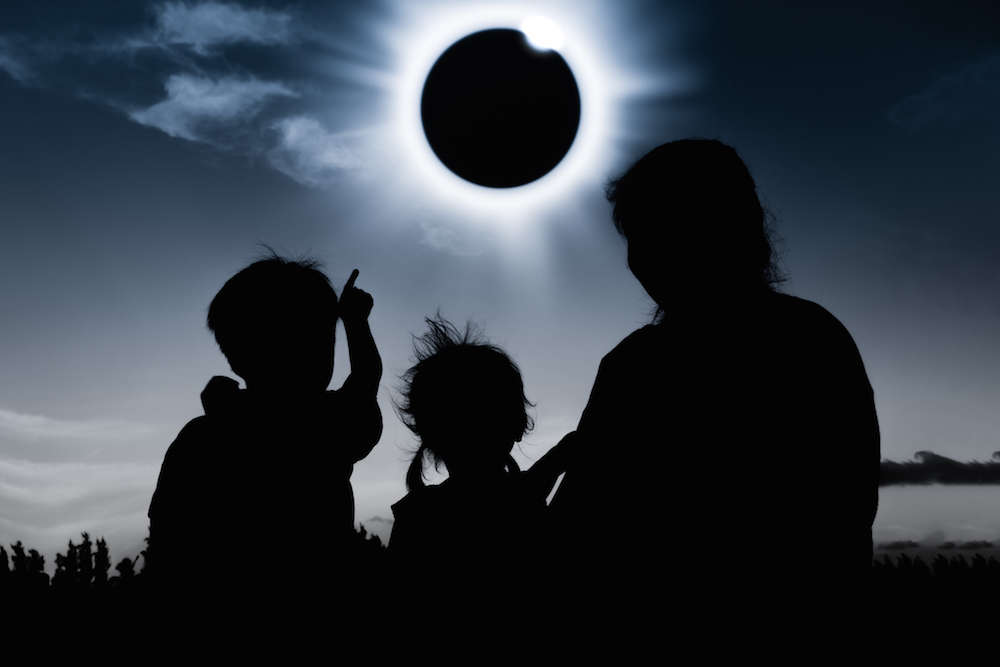 When the moon passes in front of the sun the morning of Monday, August 21, people living in the Pacific Northwest will be among the first to experience a total solar eclipse in all its stunning splendor. When they do, they’ll be witnessing one of the rarest natural phenomena on the planet.

“The effect it has on you is bizarre and primal,” says Woody Sullivan, University of Washington professor emeritus of astronomy and a five-time solar eclipse observer. “It only lasts for two minutes, but you have this gut feeling you truly are part of the cosmos.”

Just how special an event is it? For context, the last total solar eclipse visible from the contiguous U.S. occurred on February 26, 1979, but even then, it was largely obscured due to cloudy conditions across Washington, Oregon, Idaho, Montana, and North Dakota. The next one in the U.S. will occur in 2024, spanning a path from the southeast through Texas to the northeast through New York. The next one visible close to the Pacific Northwest won’t occur until 2044 in Montana.

So you don’t get left in the dark, we drew from the University of Washington’s deep well of passion and expertise to compile some comprehensive resources to help make your eclipse-viewing experience as memorable and as safe as possible. We’ll start by addressing some commonly asked questions:

So what is a total solar eclipse exactly?

A total solar eclipse is caused when the moon moves directly between the sun and the earth. The sun’s diameter is approximately 400 times larger than that of the moon; the sun is also approximately 400 times miles away. That means when you look up in the sky, both appear nearly the same size. In contrast, during partial and annular (ring-shaped) eclipses, only part of the Sun is obscured. An annular eclipse occurs when the moon is in the most distant part of its orbit around the earth (near apogee) and therefore has too small an apparent angular size to cover the entire disc of the sun, leaving a ring of the sun’s surface visible around the moon when the sun, moon, and observer on the earth’s surface are aligned.

Where can I see it and what can I expect to see?

In short, anywhere to the southeast. While Seattle and Washington lie outside of the eclipse’s path of totality—the approximately 70-mile-wide stripe of land across United States where you can see the moon completely cover the sun—you’ll still be able to see 92% of the full solar spectacle. To get in the path of totality, you’d have to join an estimated 1 million other eclipse-chasers making the journey to Oregon. However, those who haven’t already locked their eclipse-related travel plans are advised to stay put.

Viewers in the path of totality will see the sun’s upper atmosphere (known as the corona), which appears as a halo around the sun during a total solar eclipse. Observers outside this path will still witness a partial solar eclipse where the moon covers part of the sun’s disk. Is there a big difference? UW astronomer Nicole Kelly says, “It still should be fantastic. You’ll be able to watch the moon’s slow passage over the sun until there’s only a small sliver. It’s still spectacular in its own right.”

When will it start? How long will it last?

What else will I be able to see?

When will a solar eclipse next be visible in Seattle?

The next solar eclipse visible from Seattle will be in 2563. After the 2044 eclipse skirts Montana and Saskatchewan, another will pass across parts of British Columbia in 2099.

Are there dangers associated with observing an eclipse? What steps can I take to watch it safely?

Yes, there are. You don’t want to end up with a burned retina—the result of staring at the eclipse without the proper eye protection. In short, never look at the Sun directly without protective eye gear. Even sunglasses can’t protect your eyes from the damage from the sun’s rays. If you’re heading to Oregon or elsewhere along the path of totality, it’s safe to look directly at an eclipse during totality, but elsewhere, precautionary measures are strongly advised as the eye’s lens is powerful and lacks pain receptors. Get more information about standard protective eyewear here.

Two other safe filters for looking directly at the sun are welder’s goggles (or simply the glass filters used for welder’s goggles) with a shade of 13 or 14. Alternately, you can also create a pinhole projection system. Alice Few covers both techniques in the video of her presentation at the end of this article, but first, for a succinct elaboration on the dangers of looking directly at an eclipse and for more tips about being safe, we turn it over to our friends at UW Medicine:

How can I get even more information?

On August 3, Alice Few shared her astronomical knowledge with the UW community at a Whole U seminar at the HUB. A data analyst at UW Tacoma, Few holds an M.S. in Astronomy and serves as the outreach director for the Tacoma Astronomical Society, the nation’s second oldest astronomical society. Watch Few’s full presentation, including audience questions and participation, here: