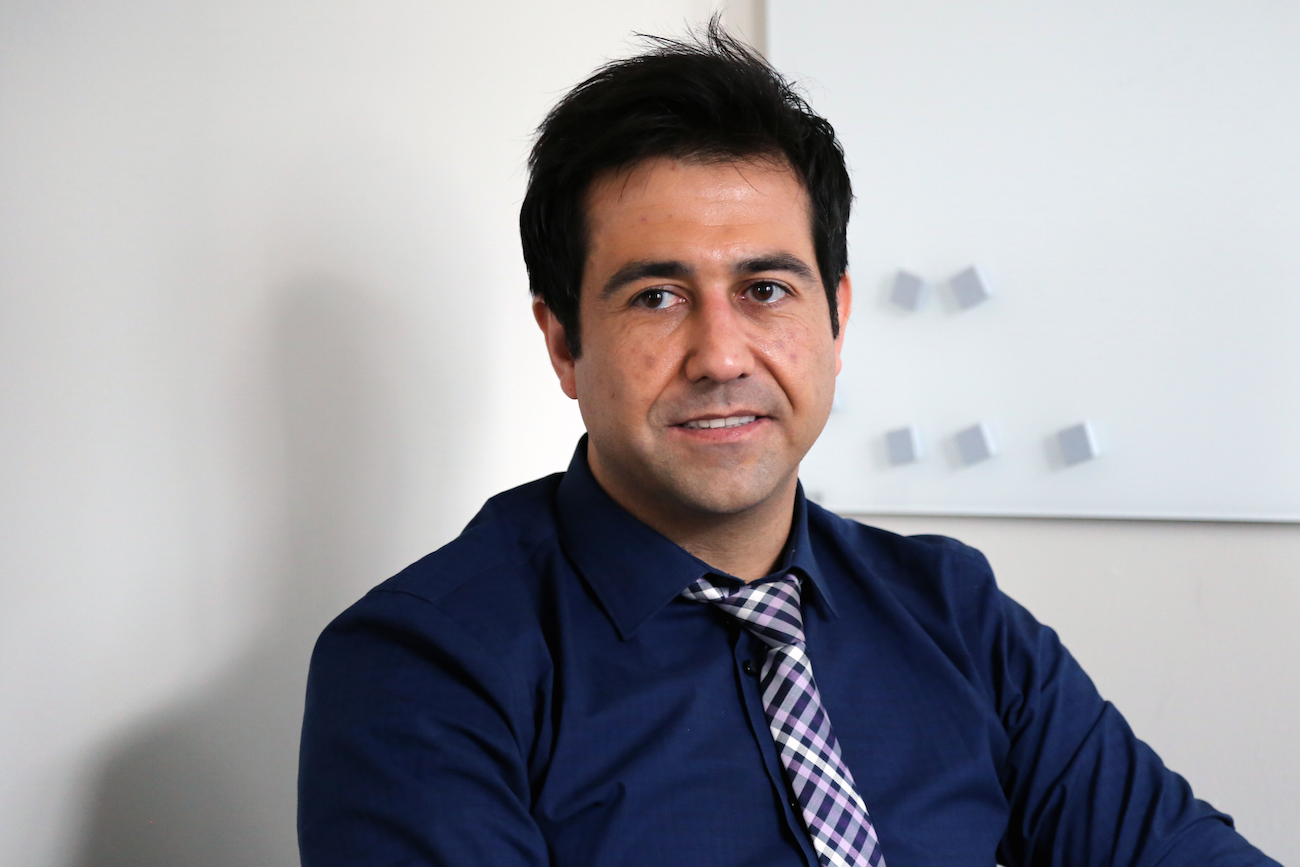 Will DePaolo studies bacteria, but his science goes viral.

The associate professor of medicine’s videos exploring the bacterial science behind everyday objects have amassed millions of hits on BuzzFeed and led to appearances on The Today Show, but DePaolo, the director of the University of Washington’s new Center for Microbiome Sciences and Therapeutics (CMiST), says he sees his sliver of cyber celebrity as a means to an end.

“Doing stuff like that is a great way to educate the public,” DePaolo says of packaging bacterial science for a wider audiences on the web. “The key is doing good science, while not letting it be influenced by the popular culture.”

That’s the paradoxical push-pull that lies at the heart of DePaolo’s research on what’s known as the microbiome—the enormous microbial ecosystem comprised of more than 100 trillion bacteria that flourishes within every person’s gastrointestinal tract. How does one push science into the public eye while simultaneously defending it from distortions wrought by prominence in the public imagination? Over the past decade, the idea of the microbiome and an accompanying notion that people can re-engineer the bacterial composition of their digestive system for better health have exploded in the public consciousness, leading to (and hastened on by) a proliferation of probiotic shakes, products, and therapies which, according to DePaolo, are often backed by incomplete science and promise more than they can deliver.

He says it’s not that we can’t or shouldn’t be reprogramming the bacteria in our gut, rather, it’s that we need to go about it in the right way. DePaolo cautions a more conservative approach, stressing that standardization and scientific consensus are necessary to preserve the promise of the field—and propel it forward.

“It has been known that diet is one of the biggest factors that can influence the microbiome,” DePaolo says, adding that while it’s “amazing to see how one thing can change the architecture of the gut,” the nutritional reeducation of one’s microbiome takes time. “Your diet has to slowly change your microbiome. If you just take a new microbiome and try to stick it in with a Western diet biome, the consequences can be quite severe.”

Conducting dietary analysis alongside microbiome studies is essential to DePaolo’s work at CMiST: identifying environmental factors that impact the distinct composition of the microbiome and developing therapies to maintain or restore ecological harmony, especially for those with colon cancer, inflammatory bowel disease, and enteric pathogens. It would seem the old adage is as true as ever: you are what you eat. And what people consume really does impact how their bodies react and respond to change, illness, or disease.

It’s something DePaolo first experienced as an undergraduate during a residency program in Memorial Sloane Kettering Cancer Center’s Solid Tumor Immunology Department. He recalls a patient whose wife began feeding him a diet high in estrogen she’d read about on the Internet. It caused the patient’s cancer to spread rapidly—proving fatal far sooner than it otherwise might have been.

“The substance of those foods was feeding those cancer cells,” DePaolo says. “I was young and that was devastating to see. It really made an impact on me, but it wasn’t until later that I realized what it meant.”

From tidepools to test tubes

Will DePaolo was always a talker. He relates how, when he was in grade school, he was often sent home with a note saying he didn’t eat his lunch because he was too busy talking up a storm.

“I was always a very inquisitive child,” DePaolo says. “I was taught to always ask questions and, if nobody knew the answer, to go find it yourself.”

Growing up in Portland, Maine, DePaolo conducted his first scientific “experiments” splashing in coastal tide pools in the shadow of a lighthouse.

“Each one seemed like its own little world,” he says. “That contributed to my interest in biology and how things grow together.”

When DePaolo wasn’t poking around at water’s edge, he could have be found helping his grandparents at their pizza restaurant. They’d emigrated from Italy and lived next door to him and his parents.

“We knocked the fence down to have a double backyard,” says DePaolo, who sports a tattoo on his forearm that reads, in his grandfather’s cursive, La famiglia è tutto (family is everything). “It was very close-knit.”

The first in his family to attend college, DePaolo chose to attend Bates, where he debated between majoring in English and Science, before ultimately choosing a path in neuroscience after taking a class called Drug Actions on the Nervous System.

“It seemed better than trying to write a novel,” he says.

After the aforementioned residency at New York’s Memorial Sloan Kettering Cancer Center, he decided to pursue a Ph.D. in Immunology at Northwestern University’s Feinberg School of Medicine, driven in part by a desire to “figure out why these factors [such as diet and drugs] are making immune systems act the way they do.”

He went on to complete his postdoctoral training at the University of Chicago, where he developed projects investigating the immune-modulation within the intestine and studied molecular pathogenesis of Yersinia pestis (bubonic plague), even briefly contracting the infamous bacterial infection himself after a lab partner accidentally dropped a needle and it pierced the sleeve of his protective Tyvek suit. The next several hours were a nerve-wracking waiting game before he could get a dose of doxycycline, an antibiotic used to treat the infection.

“The reason plague wiped out one third of the population in medieval times is that they didn’t have antibiotics,” DePaolo says. “It is one of the most incredibly intelligent bacteria that has developed a way to suppress the immune system at the same time it’s expanding. That’s what we were trying to figure out: how does it shut you down?”

His work at the University of Chicago led him to an assistant professorship at USC, where, after several years, he was approached by Wesley Van Voorhis, professor and head of the UWMC’s Division of Allergy and Infectious Diseases, who asked him to present a talk in Seattle.

“It ended up being a job interview,” DePaolo says. “I didn’t know that until breakfast the day of when an old colleague from Chicago who happens to work here said, ‘Oh, so you’re up for a faculty position?’”

DePaolo says the opportunity to lead the Center for Microbiome Sciences and Therapeutics as the Lynn M. and Michael D. Garvey endowed chair in Gastroenterology came as one to shape research in a way that he believes in: coupling strong science with interdisciplinary connection and sound communication. After that first weekend on campus in Seattle, he says he returned to USC feeling so invigorated he realized he really wanted the job.

“Every time I’d come up here I was blown away by the level of curiosity and level of interest of the faculty here,” he says, adding that the chance to “get to put together a program using all that expertise” was second to none.

“The purpose of this center is to work with clinicians and existing technologies and resources,” DePaolo says, citing the foresight of UW researchers to have stored so many samples as another factor that immediately impressed him about the University. “There’s a wealth of information saved away. [CMiST] is a place where we want all scientists to bring their research. I’m here to interface with the clinicians who don’t always have time to do research to start some projects focused on the gut and see if, from that, we can’t put together some interesting stories.”

DePaolo says he doesn’t just want to make an impact on the scientific level, but on the UW as a whole—a desire evidenced by the fact the Center works with an artist-in-residence to help visualize the complex constructions of gut science and plans to host a series of art shows and monthly educational seminars to facilitate connections in the wider community.

“I wanted to be where the medicine happens and where the patients are and where the doctors are,” DePaolo says. “There’s an academic energy here you just don’t find anywhere else.”

It would seem the communicative kid from Maine finally found a place where he can talk science to his heart’s content—and not have to worry about the teacher sending him home with a note for doing so. Anyway, these days, he’s the teacher. 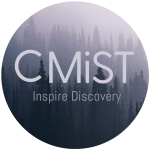 “I love training and teaching students and M.D.’s. To see their growth and that fire ignite is one of the most rewarding things ever.”

Will DePaolo received his B.S. in Neuroscience from Bates College and Ph.D. in Immunology and Microbiology from Northwestern University’s Feinberg School of Medicine. Learn more about his lab and the Center for Microbiome Sciences and Therapeutics here.

One Thought on “Faculty Friday: Will DePaolo”

Did he grow up in Ohio>