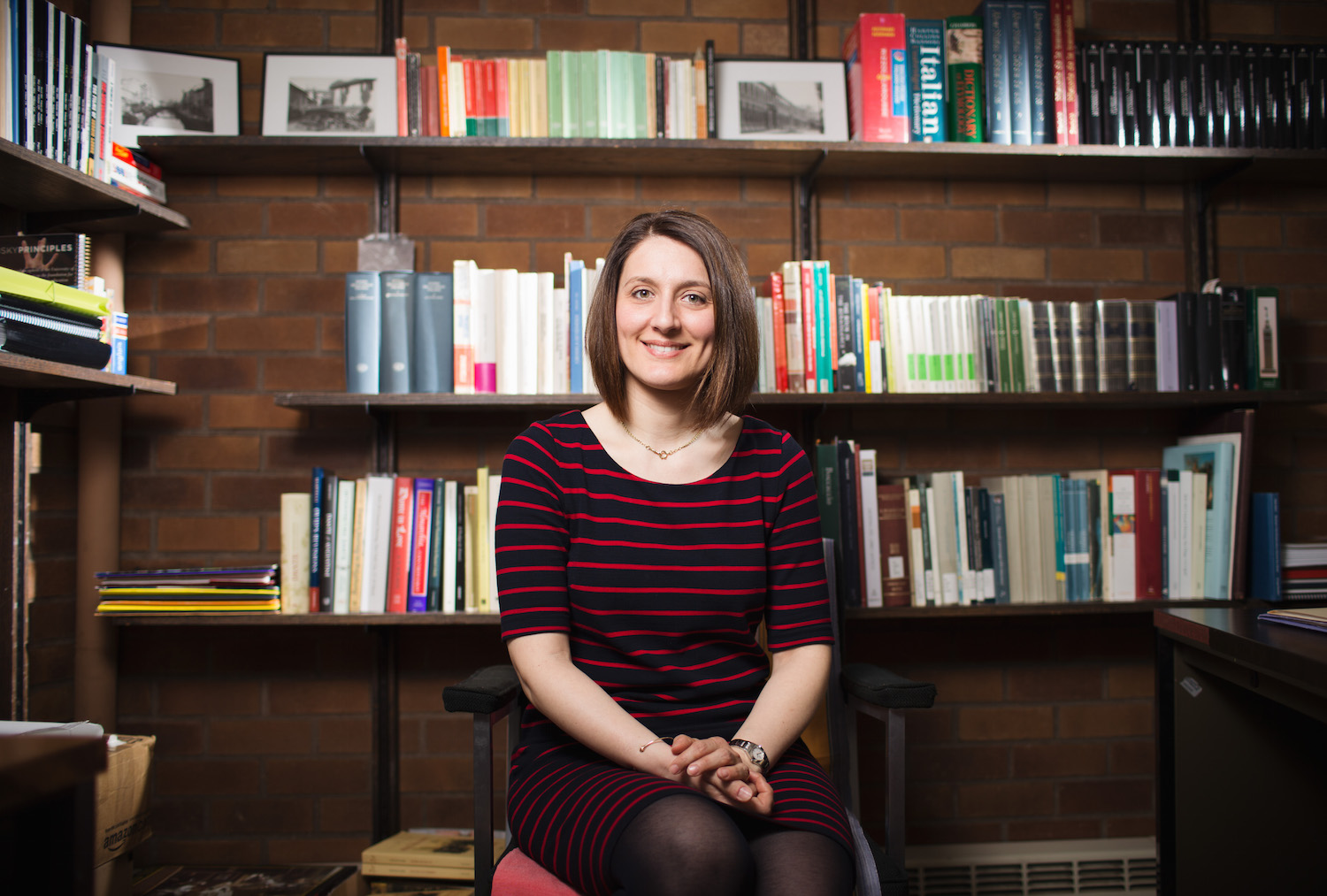 Beatrice Arduini is an assistant professor in the Department of French & Italian Studies. She teaches several levels of Italian, and while she speaks a total of three languages, it’s not hard for her to relate to struggling students.

“I don’t consider myself particularly gifted in learning languages,” she said. “But I think it’s like learning a new sport. Once you manage to master the basics, it’s fun.”

Arduini’s research is about the work of Dante Alighieri, the pioneering Italian poet most famous for The Divine Comedy. Dante is a popular topic, but here’s where Arduini carves out a niche for herself: She studies one of the poet’s unfinished books, The Banquet, and focuses less on the content itself and more on how it was received by people at the time (specifically from 1300 to 1400 A.D. for anyone who’s counting).

“When Dante became important culturally, there was an interest in his unfinished work because it was politically useful,” Arduini said. “I’m studying the shift in that tradition.”

Her admiration for Dante is, in a sense, mutual. The poet’s work features a character named after his muse: Beatrice.

Arduini has a B.A. and a dottorato di ricerca (the highest Italian academic degree) from the University of Milan and an M.A. and a Ph.D. from Indiana University. She presented at a Whole U seminar about her love for opera. Read about it here.