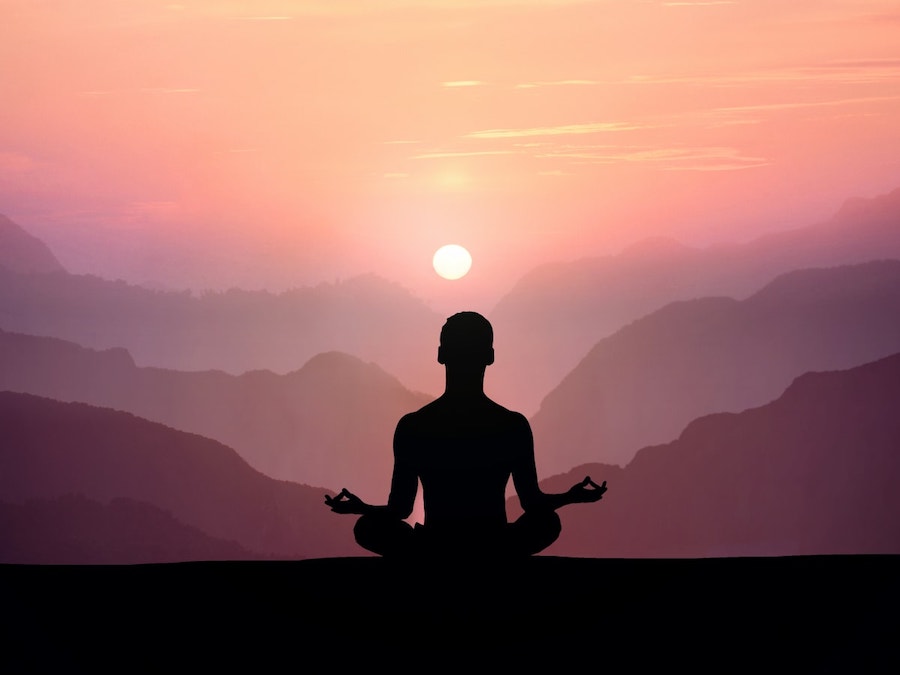 Yoga is a spiritual discipline that focuses on achieving harmony between an individual’s mind and body. Today, you can see yoga being offered everywhere, from gyms and studios, to global retreats. As the world grows busier and louder, the need for this practice is becoming more and more prevalent. With all the benefits that a yoga practice provides, we are seeing that this practice may be here to stay for a while. Knowing this, it’s worth visiting its roots and where this ancient practice came from.

Yoga’s origins can be traced to northern India over 5,000 years ago. The word “yoga” was first mentioned in ancient sacred texts called the Rig Veda. The Rig Veda derives yoga from two samskrit roots. They are yujir and yuj, meaning ‘yoking’, ‘joining’, ‘coming together’ and ‘connection’.

The Vedas are a set of four ancient sacred texts written in Sanskrit. The Rig Veda is the earliest amongst the vedas and is a collection of over a thousand hymns and mantras in ten chapters known as mandalas, which were used by Vedic age priests. Yoga was refined and developed by Rishis (sages) who documented their practices and beliefs in the Upanishads, a huge work containing over 200 scriptures.

Yoga is amongst the six schools of philosophy in Hinduism, and is also a major part of Buddhism and its meditation practices. According to the Yogic scriptures, the practice of Yoga leads an individual to the union of consciousness with that of universal Consciousness. It eventually leads to a great harmony between the human mind and body, man & nature.

Yoga’s Journey to the West

Yoga’s global spread began along the Silk Road around about five or six centuries BCE, as the practice moved throughout Asia. As it arrived in a new region, it would slowly transform to fit each new culture, but it wasn’t until the 20th century that it began to move beyond the realm of specific religions, especially in the West.

The introduction of yoga to the West is often credited to Swami Vivekananda (1863–1902), who first came to the United States of America in 1883. He organized world conferences by describing yoga as a “science of the mind” and translated Yogic texts from Sanskrit into English. In 1893, during a visit to the US, he sparked the country’s interest by demonstrating Yoga at the 1893 Chicago World’s Fair. As a result, many other Indian Yogis and Swamis were welcomed with open arms in the West.

With its introduction in the West, yoga became more removed from the religious connections and teachings of its roots.

For many, the practice of yoga is restricted to Hatha Yoga and Asanas (postures). However, among the Yoga Sutras, just three areas are dedicated to asanas. fundamentally, hatha yoga is a preparatory process so that the body can sustain higher levels of energy. The process begins with the body, then the breath, the mind, and the inner self.

These days, yoga is commonly understood as a therapy or exercise system for health and fitness. While physical and mental health are natural consequences of yoga, the goal of yoga is more far-reaching. “Yoga is about harmonizing oneself with the universe. It is the technology of aligning individual geometry with the cosmic, to achieve the highest level of perception and harmony.”

Yoga does not adhere to any particular religion, belief system or community; it has always been approached as a technology for inner wellbeing. Anyone who practices yoga with involvement can reap its benefits, irrespective of one’s faith, ethnicity or culture.

It’s worth understanding that the origin of these techniques is based in a yoga practice for spiritual development, not the common practice of stretches and movement many Western schools teach today.

Traditional and contemporary yoga practices have become far removed from one another today. It’s worth understanding that the origin of these techniques is based in a yoga practice for spiritual development, not the common practice of stretches and movement many Western schools commonly teach. Today, yoga is adapted for people of all ages and physical abilities. Its popularity around the world has been cemented as part of everyday life for many people. With the reach of social media and the internet, yogis and teachers are able to share their practice even more than ever had before.

One Thought on “The Westernization of Yoga”

Thank you for sharing this information!