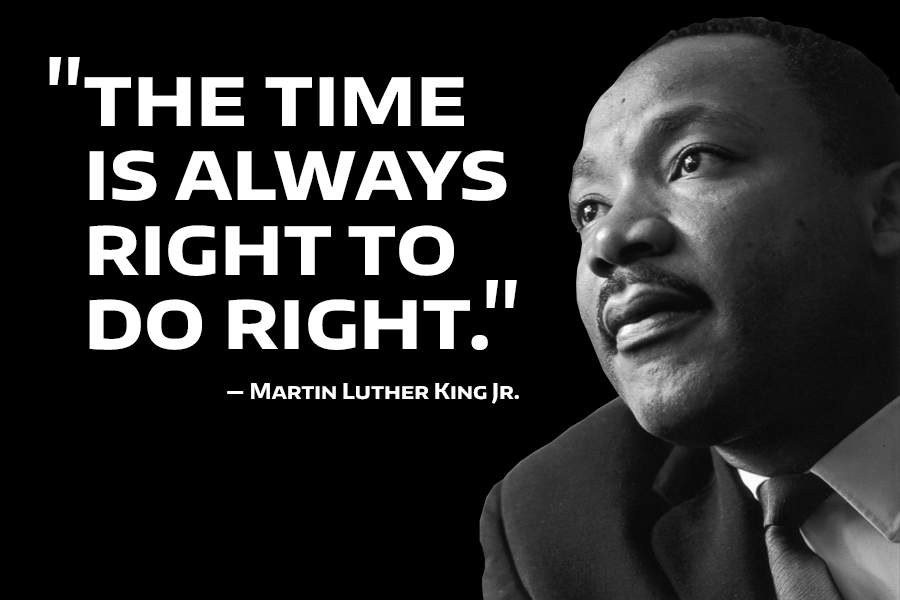 The University of Washington dedicated this past month to celebrating Martin Luther King Jr. and his legacy of public service—itself a symbol of strength, resilience, civic engagement, and responsibility. The UW honored MLK’s legacy through service and activism in a series of events produced through a partnership of the Samuel E. Kelly Ethnic Cultural Center, The Center for Communication, Difference & Equity, and The Carlson Leadership & Public Service Center intended to encourage our community to both reflect and actively participate in a broader discourse.

Volunteers not only dedicated their time on the federal holiday itself, but also did so all throughout January to honor King’s fight for racial justice, income equality, and a higher quality of life and level of respect for all. Students, staff, and faculty came together to further understand and connect with each other and also lend a helping hand. Here are some highlights from the past week. 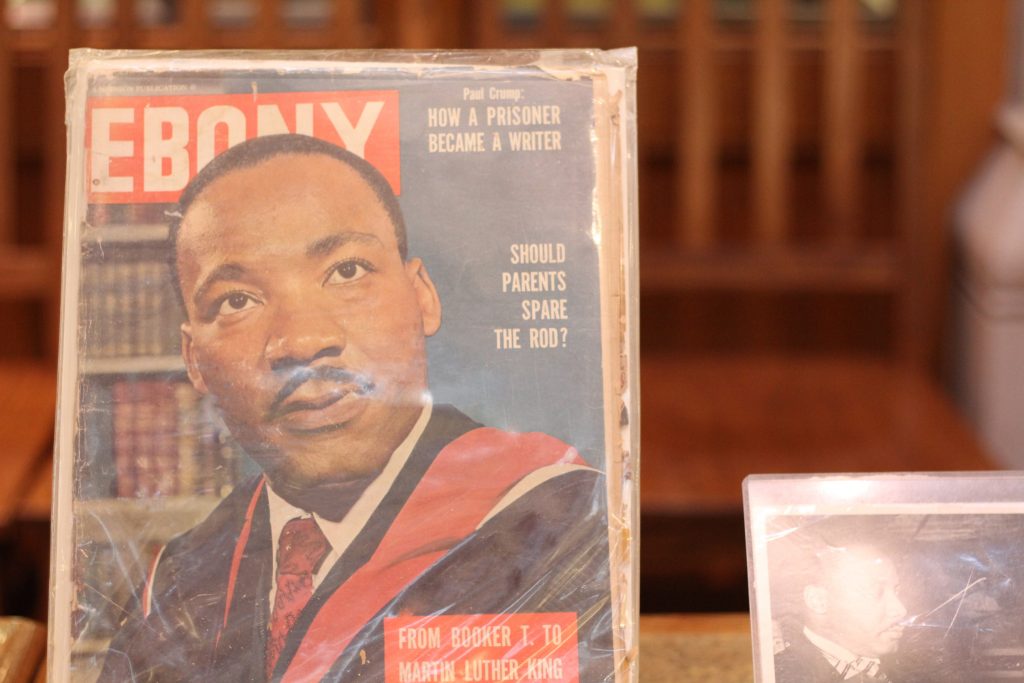 Founded by Khalid el-Hakim, The Black History 101 Mobile Museum holds over 5,000 artifacts ranging from the era of the slave trade through the present day, including documents signed by Dr. King himself. The museum tours the country in an effort to inspire students to recognize the progress and contributions made by African Americans to U.S history. 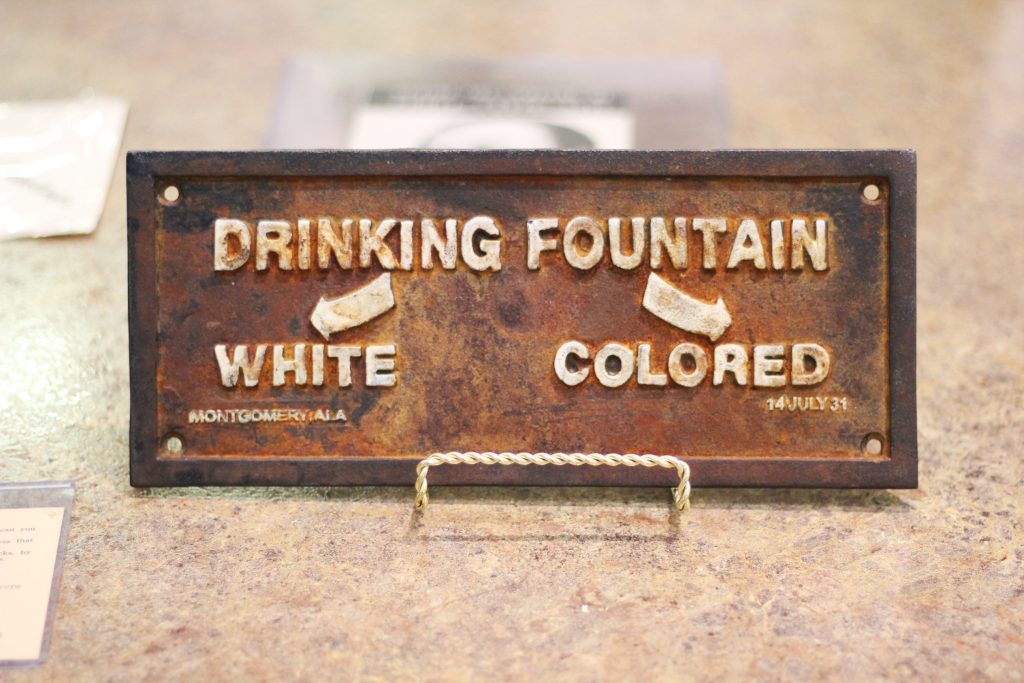 Among its many artifacts, The Black History 101 Mobile Museum also displayed items that spoke to the lives of African Americans during the Jim Crow era with others even dating back to the Trans-Atlantic Slave Trade—a tangible reminder of the way things once were, how far society has comes, and, at times, how far it has yet to go. 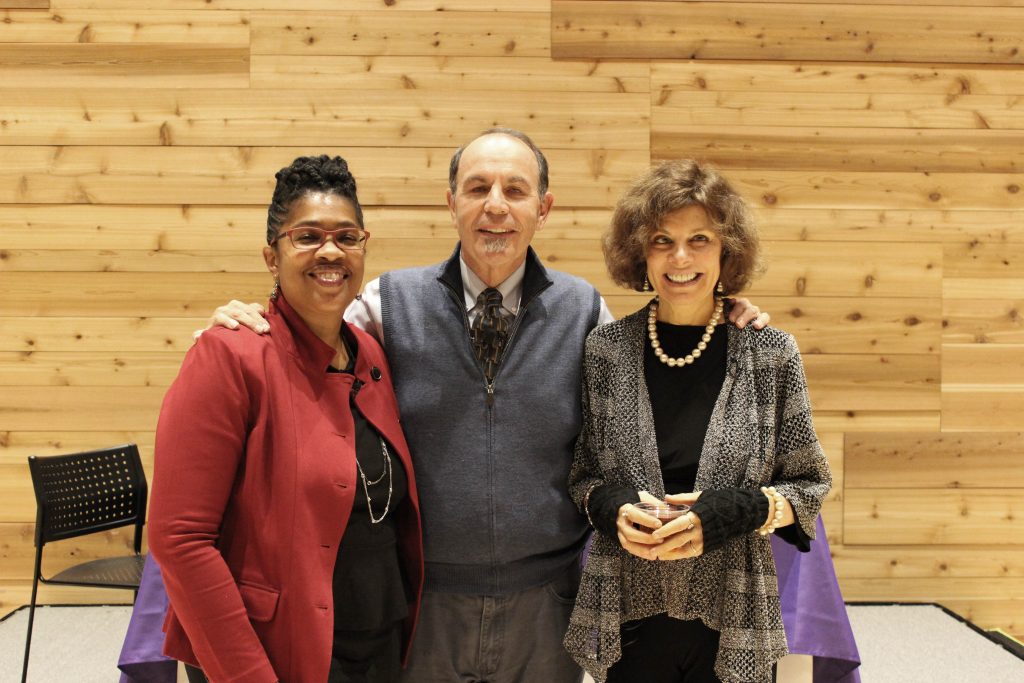 The Race and Equity Initiative hosted the event, “Speech and Counter Speech: Rights & Responsibilities,” featuring speakers Michele Storms, Ron Collins, and Nadine Strossen, who spoke on topics including what the First Amendment means in the context of a public university and how to promote equality, diversity, and civility consistently while also protecting free speech. 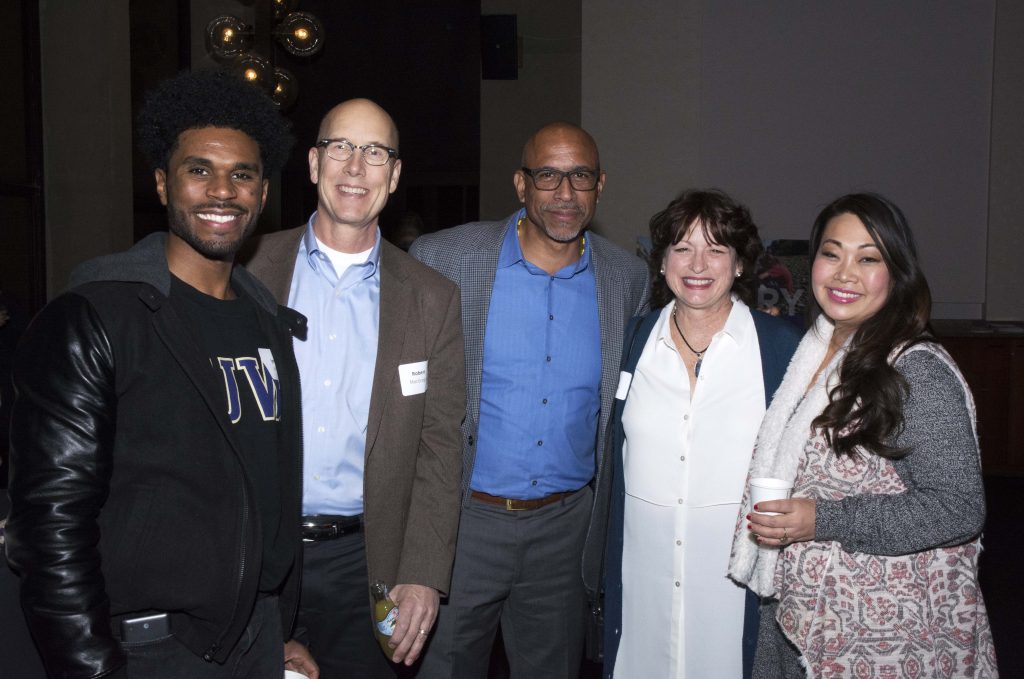 NYU professor Pedro Noguera (center) presented on strategies of how to equally support teaching and learning for all types of students. A sociologist by training, Noguera studies the ways in which schools are influenced by social and economic conditions, as well as by demographic trends in local, regional, and global contexts. Teachers and students gathered to understand each other’s struggles and united in agreement to better the education system. 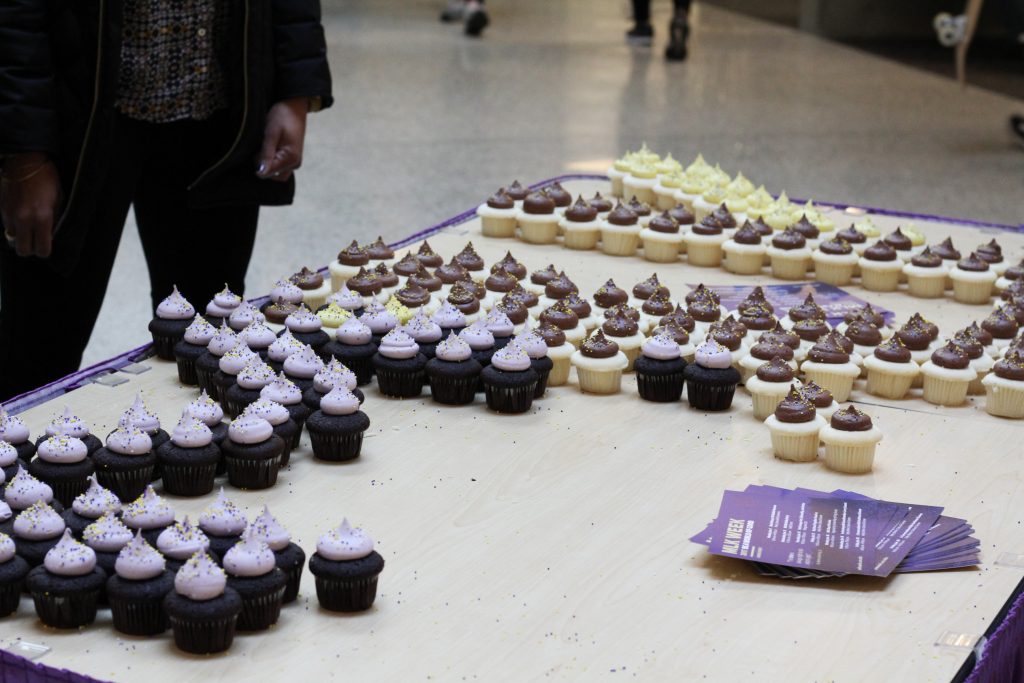 Call it fuel to feed the fires of progress. UW held a party for Martin Luther King Jr., who would have turned 88 this year, complete with cupcakes. 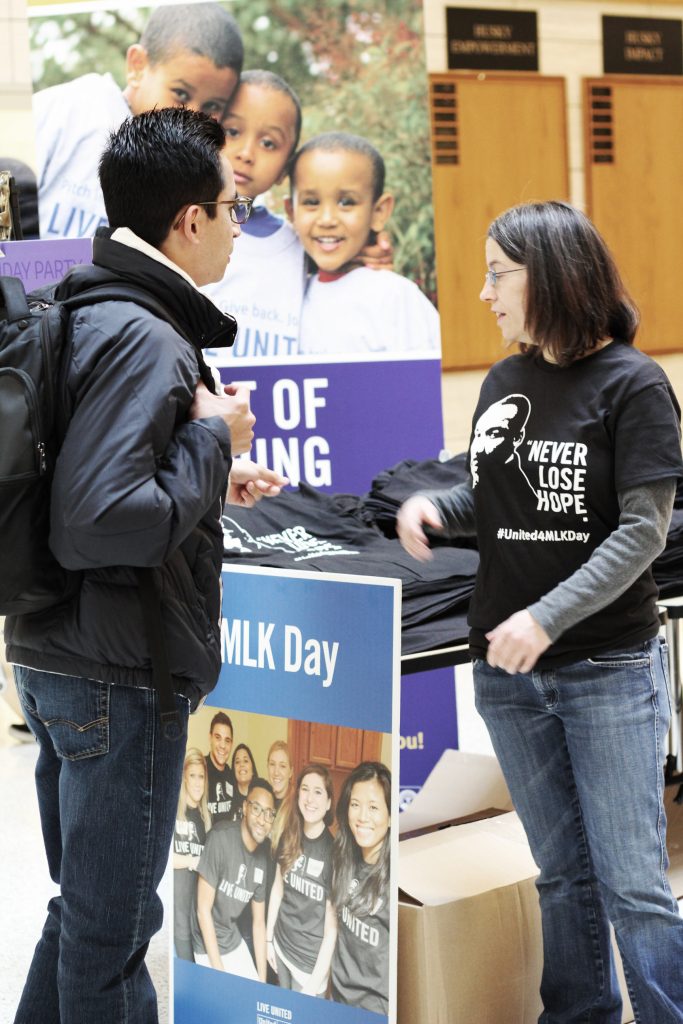 As part of a day devoted to civic engagement, students and members of United Way of King County discussed volunteer opportunities. 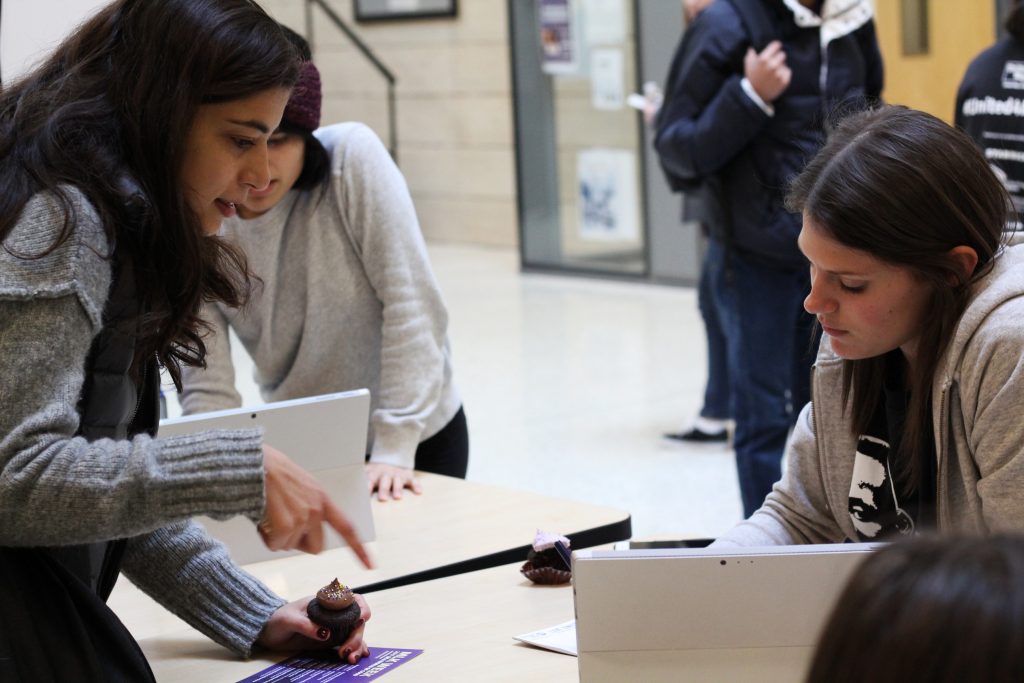 Members of the UW community sign up to give back in honor of MLK’s legacy. Teaming up with United Way of King County, UW members volunteered their services to building financial stability, ending homelessness, and supporting youth to ensure the spirit of the week carries on through the rest of the year.

Pulitzer Prize-winning columnist Eugene Robinson spoke on the implications for policies such as school reform, urban renewal, and affirmative action. The former assistant managing editor of The Washington Post’s books include Coal to Cream: A Black Man’s Journey Beyond Color to an Affirmation of Race, Last Dance in Havana: The Final Days of Fidel and the Start of the New Cuban Revolution, and Disintegration: The Splintering of Black America, making Robinson a particularly apt guest speaker January 13 at UW School of Law. 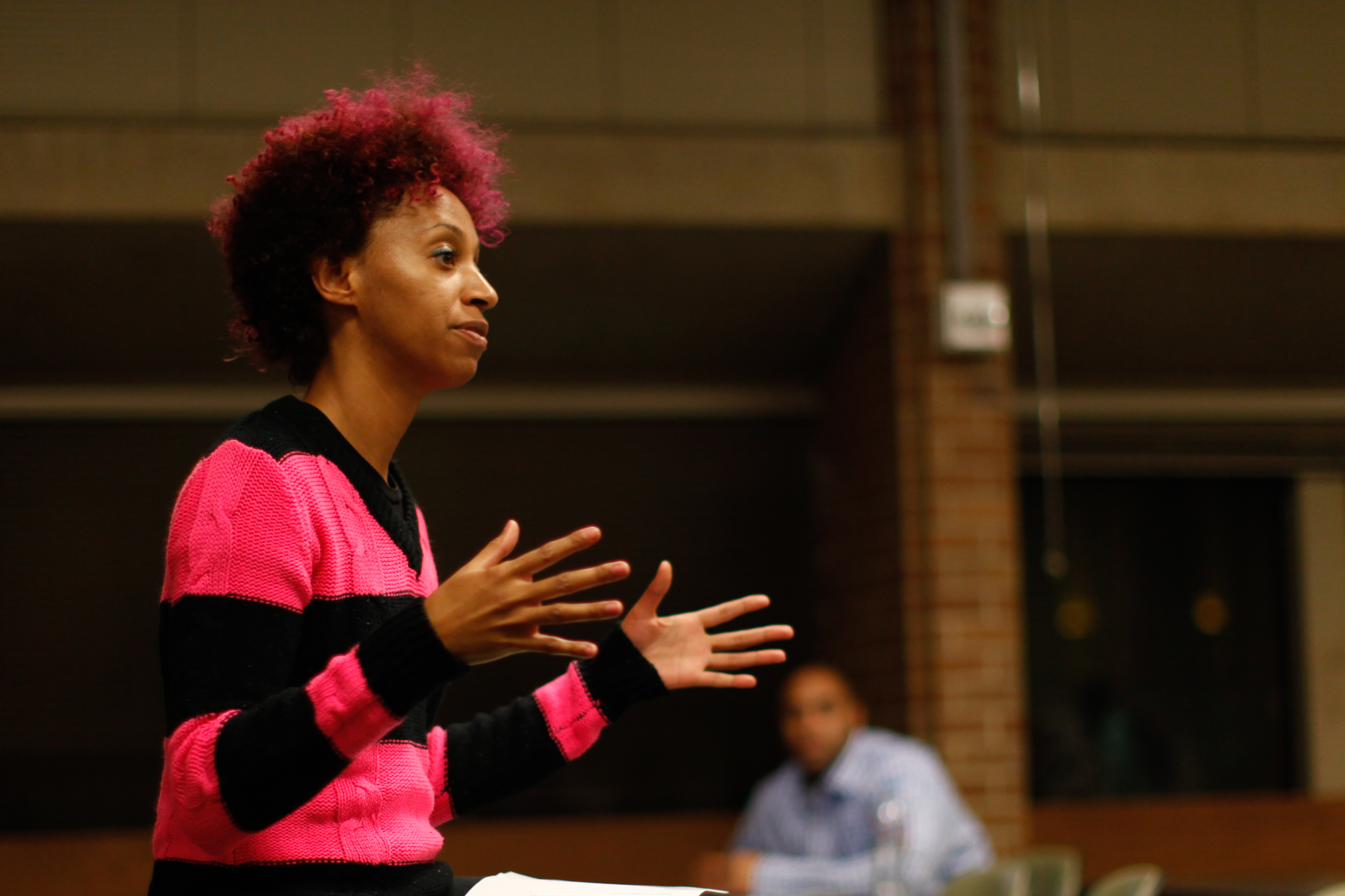 Natasha Marin, the conceptual artist behind the social experiment, Reparations, hosted a workshop on utilizing art as a political action. Marin encouraged participants to take a hands-on approach in engaging in their communities and to use their passions to better serve others. Her Reparations project poses the question, “What if a stranger restored your belief in humanity, if only for a moment, by supporting you and allowing you to claim something you need in a material [or immaterial] way?” In it, she invites “People of Color to ask for what we need to feel better, be happier, be more productive,” and then asks people who identify as white to answer those calls by offering “services or contributions to people of color in need of time, energy, substantive care, and support.” 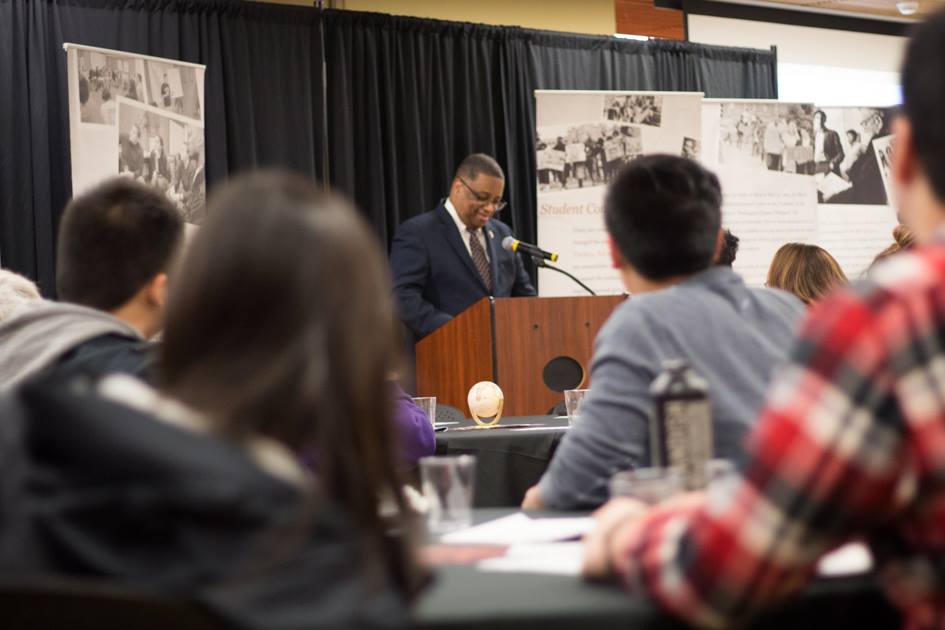 King County Council member, Larry Gossett, came to engage and listen to our community as one of its own January 17 at the Samuel E. Kelly Ethnic Cultural Center. A native of Seattle and UW graduate, Gossett received the university’s first-ever degree in African American studies and as an undergraduate served as the first supervisor of the Black Student Division in the university’s Office of Minority Affairs. He would go on to develop into one of the foremost activists in Seattle communities for radical minority rights over the next five decades. To have him on campus was testament to the fact that we need not forget our roots as a source of inspiration, instigation, and grounding purpose as the battle for justice and equality continues into the 21st century.

From museum viewings and workshops to teach-ins and celebrations, our community came together to volunteer, engage, converse, and exchange knowledge. It’s clear that Dr. Martin Luther King Jr.’s fight for civil rights as well as racial and economic justice was alive and well during this Week of Service. Now it’s our job to ensure it continues throughout the year.

Dr. Martin Luther King Jr. taught the country—and the world—to stand strong in the face of adversity, saying once, “The time is always right to do right.” We encourage you to celebrate Dr. King’s legacy by not waiting to speak out, speak up, or get involved. There’s no better time than the present to not only envision—but also implement—a more vital, equitable, brighter future.