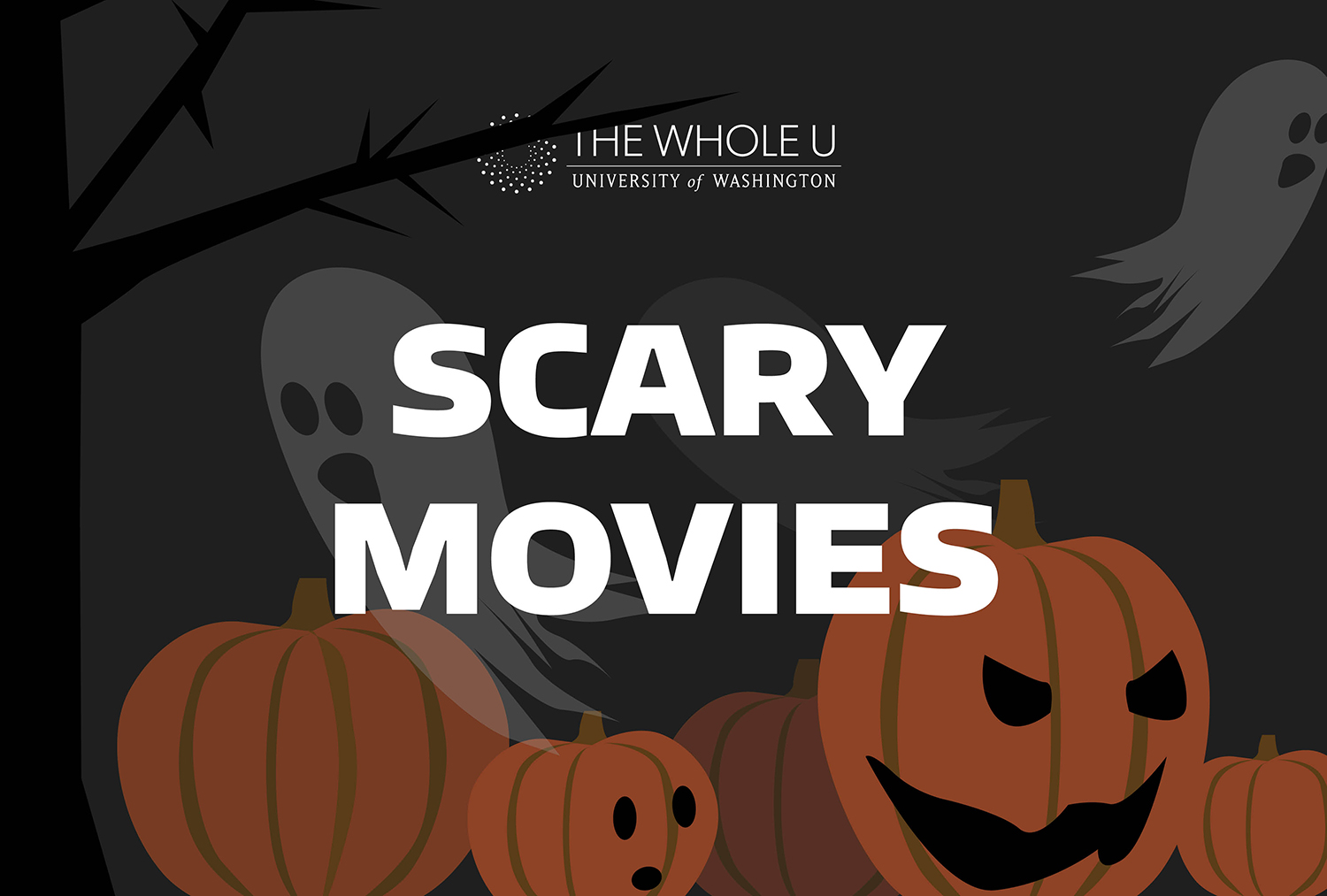 Halloween is just days away and all month long we’ve been preparing costumes, sneaking candy from the “secret” stash, and waiting for the big night to arrive. For some, Halloween means tricks and treats, but movies also play a key role in how folks celebrate and get even more pumped up for the scariest season of the year.

We compiled a list of some films made right here in Washington and asked The Whole U community to share their favorite seasonal scare-fests. Check them out and get spooked by some familiar scenery.

The Whole U Suggestions:

2 Thoughts on “Films to Frighten Up Your Halloween”

If Timberline Lodge at Mount Hood counts, “The Shining” has been disturbing people for decades …

That’s a great one!