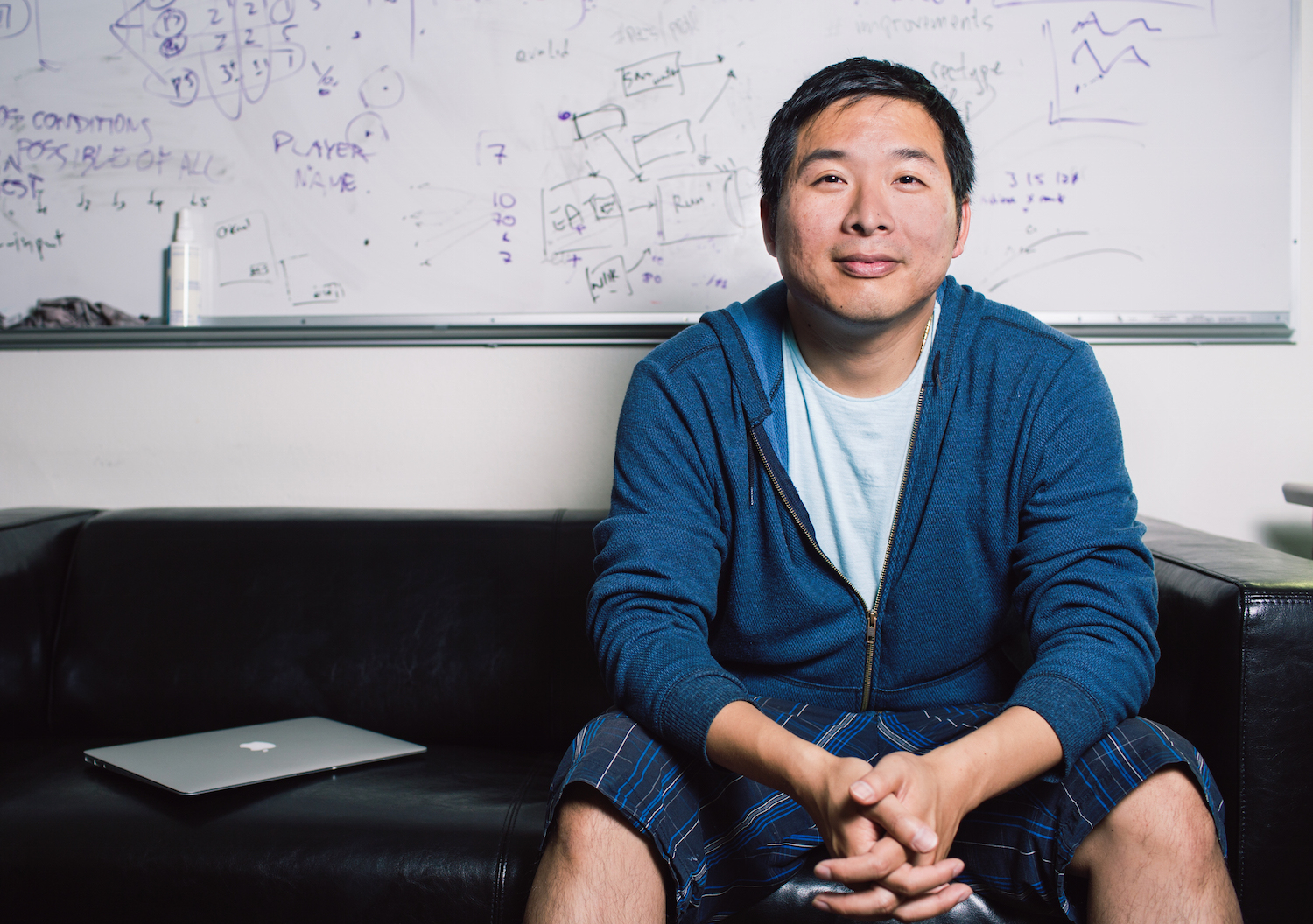 It’s a quiet afternoon in summer quarter, and Gary Hsieh is wearing shorts and a T-shirt. He rode his bike to work this morning — for the first time — and now he’s sitting across from a 3-foot-tall package from Amazon.

“This is an under-desk elliptical,” he says, slapping the top of the bulky box. He’ll pedal it beneath his feet as he types, burning calories with each keystroke.

Hsieh, an assistant professor in Human Centered Design & Engineering (HCDE), is trying to solve a problem. “I’ve gained too much weight,” he says. He credits that to having two kids, both toddlers, who occupy his evenings. His solution: Work out during the workday.

As a researcher, Hsieh studies incentives, motivation, and the tools that make our lives more efficient. The activewear, the bike, the elliptical — they’re pieces to a solution he’s designing for himself. “Just little things I’m trying out,” he says, smiling. He knows it’s a bit overwrought. “I’m probably just using my kids as an excuse.”

Before coming to the UW in 2013, Hsieh taught in the Department of Communication at Michigan State University. He has a STEM background — a B.S. in engineering and a Ph.D. in human-computer interaction — so he liked the idea of moving to a city full of tech companies and fellow engineers.

Teaching in a communication department might seem out of place on his résumé. But Hsieh thinks working in other fields makes you a better researcher. “Having an interdisciplinary background allows you to ask questions that others haven’t asked before,” he says, “either because they didn’t care about it, or it never occurred to them that it was a problem.”

If you stumbled on a list of his publications, it would be hard to guess which department he belongs to. He’s researched mindfulness, nutrition, teen moms, activism, volunteering, video games, and advertising.

It’s not always front-page stuff. “A lot of the research I do isn’t very sexy,” he concedes. “It’s not about the hottest new apps.” Still, it’s about everyday life. He’s analyzed websites like Wikipedia and Change.org, and this summer he’s prototyping an app that helps doctors and pharmacists navigate drug risks for pregnant patients.

“I build software to test and improve our understanding of people, because that’s the ultimate drive I have in research,” he says. That’s the “human centered” part of HCDE. It’s more than technology for technology’s sake. “I want to be able to help people do things that are better for themselves, and also better for society as a whole.”

He works on these projects with his research group, which includes undergrads, master’s students, and Ph.D. candidates. A high school student may soon join their ranks: She reached out to Hsieh for an internship.

“I benefited from doing research at an early age,” he says, “so I’ve always thought this was a critical part of the research process: giving back to the community.”

The research group takes up most of his non-teaching hours — “My students’ projects are my projects” — but he also works with other UW faculty. The Wikipedia project is a collaboration with HCDE Professor and Chair David McDonald. They’re trying to find out if certain pages on the donation-based website raise more money than others.

In other words, do those of us on Kim Kardashian’s page donate less than people reading about Mother Theresa? And do task-oriented pages, like those that can help solve a problem, attract more donations than others? Early findings suggest that pages that contain leisure-related words, like pages for soccer clubs, receive fewer donations.

Hsieh has always been drawn to practical research, the kind that answers questions about everyday life. That’s the engineer in him. But rather than try to build tools that permanently fix problems, he wants to build a better underlying understanding of human beings.

“Technology is changing at such a fast pace. Relatively, humans aren’t changing very quickly — our genetics are pretty stable,” he said. “If we can gain some understanding of people, I’m hoping that in a hundred years someone else can still be able to use my findings.”

Hsieh has a B.S. from the University of California at Berkeley and a Ph.D. from Carnegie Mellon University. He has an adjunct appointment in the Department of Computer Science & Engineering.