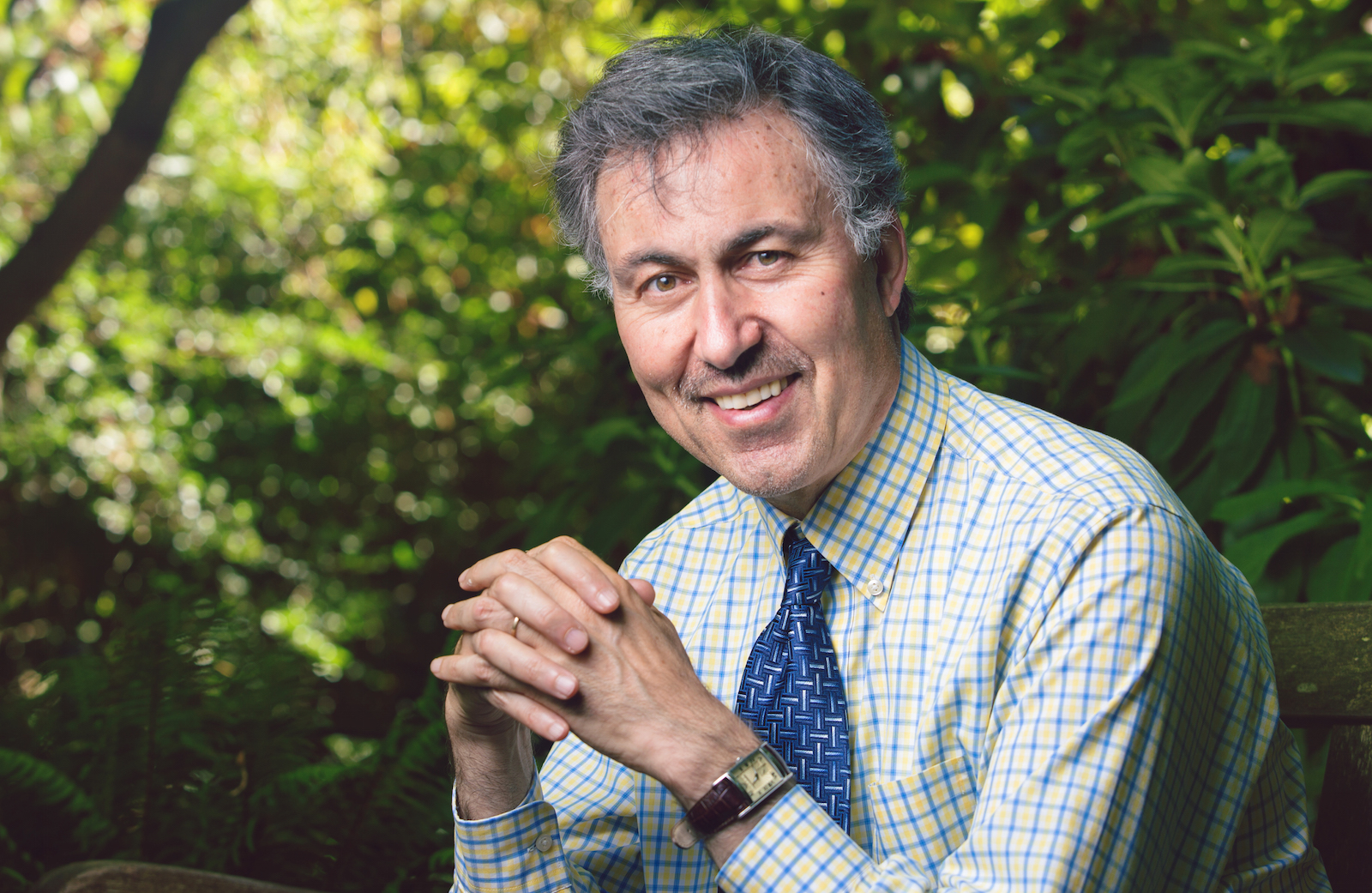 This is the kind of trip you find on bucket lists.

In two weeks, Taso Lagos and 29 students will fly to Athens, Greece, where they’ll stroll through ancient streets and watch the sun set over the Mediterranean Sea.

“Walking in the same place as Aristotle, Plato, and Socrates is a great thrill,” said Lagos, the director of the Greece study abroad program. “Saint Paul and some of the early Christians were there, as well.”

They’re not sightseers — they’re researchers. Hosted by Harvard’s Center for Hellenic Studies, Lagos and his group are gathering ethnographic data. Their assignment: Interview locals about issues like immigration, refugees, and ethnic minorities.

Lagos has taken a group of UW students to Greece at least once a year since setting up the program in 2005 — despite countrywide wildfires in 2007, a government debt crisis in 2009, and a massive influx of refugees in 2015. This will be his 16th trip.

The students come from departments across the University: biology, business, geography, political science, and the Bothell and Tacoma campuses. The trip presents them with a blend of two worlds: the modern Europe of ATMs and mobile phones, and the countryside values of farming and strong social bonds.

Lagos, a Greek native who immigrated to Washington as a child, earned three UW degrees before becoming a lecturer, but he took a decade off between his bachelor’s and his master’s.

“I was in Los Angeles pursuing a filmmaking career — a failed filmmaking career,” he said with a hearty laugh. For seven years, he tried to break into the industry as a writer, director, and producer, eventually returning to Seattle for a career change.

The film stuff still comes in handy. He teaches a course called Digital Storytelling & Global Citizenship in the Jackson School of International Studies, and he wants to rent virtual reality cameras for his students next spring. In the winter of 2011, his study abroad students made a feature-length movie, George’s Bag, in the Athens airport.

Lagos grew up in Vitalo, a small village three hours northeast of Athens. The first film he ever saw, a Western called Pony Express, was projected onto a bed sheet draped over the roof of café.

“It was like a vista opening to the heavens, or to some inner part of the world,” he recalled. “At that point I told my parents — I was four-and-a-half — that this was what I wanted to do the rest of my life. I wanted to make films.”

He took his dream to America, but his parents weren’t convinced. He floated the idea of majoring in film when he was a senior in high school. “They absolutely nixed it,” he said. “And I didn’t have the courage to challenge them, which is something that I think about a lot.”

He enrolled in history and specialized in Soviet studies. After graduating, he applied to the prestigious M.F.A. film program at the University of Southern California. He got in, but his parents discouraged him again. Lagos skipped the program but moved to L.A. to try to make it on his own.

After struggling for seven years, he returned to the U District to help out at the Continental Greek Restaurant, which his family ran from 1974 to 2013. One of their regular customers was John Keister, who starred in the sketch comedy TV show Almost Live! Lagos blocked the doorway when he stopped by to eat one day. “I said, ‘You’re not coming in unless we make a movie together.'”

Keister agreed to join the cast of American Messiah (1995), which Lagos co-directed, produced, and even acted in. Shot in four days with a $20,000 budget, the movie tells the story of a pornographic actress who tries to become a respected film star. “An abysmal failure,” Lagos calls the project. You have to find a VHS copy to see it nowadays.

Last summer, Lagos went on Amazon.com to review the film. He gave it 3 out of 5 stars and admitted he only watched half of it.

“I tried to forget this movie after we made it,” he confesses in the review. “It took so much out of my life, not only emotional and physical energy but time and money.”

He goes on to admit that he was preoccupied with his girlfriend during the production, so the assistant director did most of the directing. “Embarrassed by all this now? Story of my life,” he writes. “But this is why second chances were invented.”

By the mid-90s Lagos had given up on film altogether. During another fateful shift at the Continental, a UW professor suggested he apply for the graduate program in communication. He started as a part-time master’s student and eventually earned a Ph.D. After finishing his dissertation in Greece, he returned to Seattle and set up the study abroad program.

Wait, another abysmal failure? “It was,” he insisted, painting a chaotic scene of an unprepared teacher, a dozen students, and many bottles of wine. “I don’t know how I can sugarcoat it. I didn’t know what I was doing.”

The next year in Athens was smoother, and by 2007 the program had found its stride. Lagos has since transitioned to an administrative role, leaving the teaching to his wife, Nektaria Klapaki, a visiting assistant professor in the Jackson School. 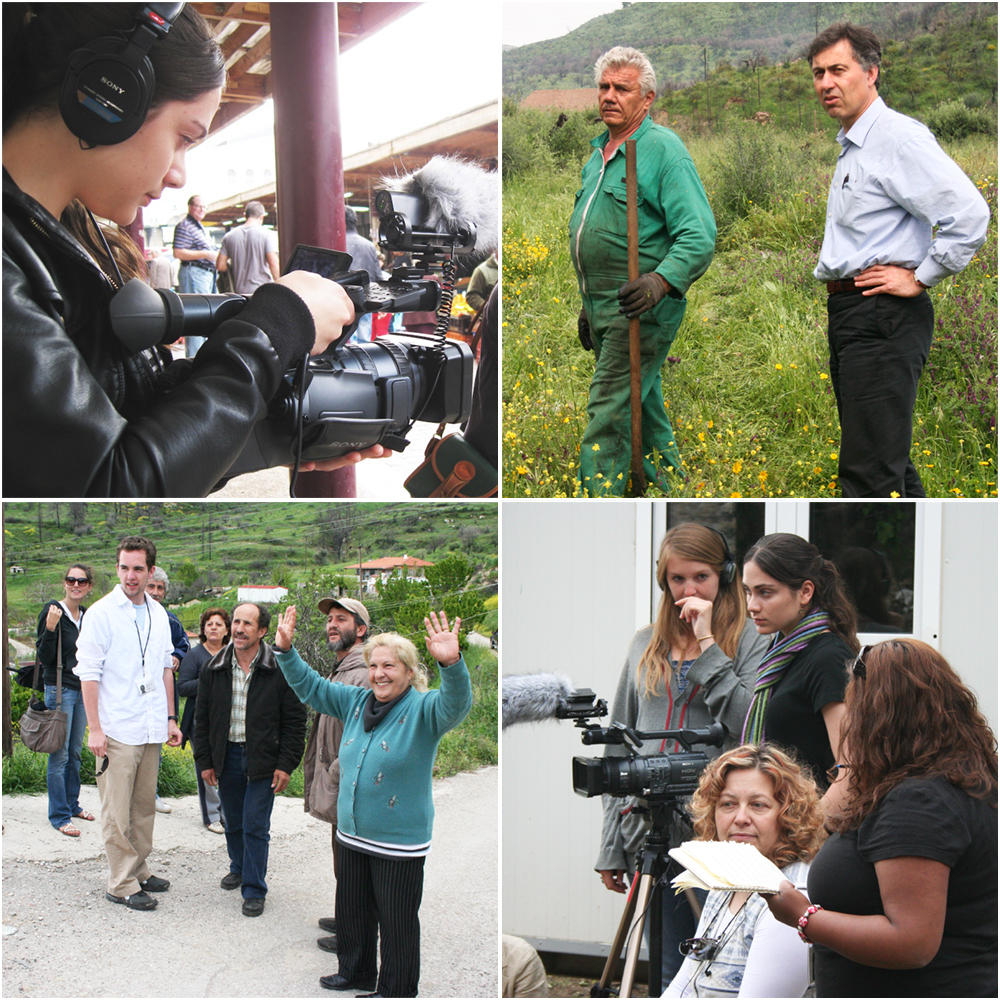 Their students interview business owners, lawyers, medical professionals, and anyone affected by immigration issues. The results show a mix of welcoming attitudes and animosity. The program tracks the data over time (this is their third year researching the Middle Eastern refugee crisis), and Lagos hopes their research can be part of a solution to the tension.

This summer they will also start asking locals about the Roma community, an ethnic minority also known as Gypsies. The Roma people often work seasonal jobs or panhandle, and since about one-fifth of the Greek GDP comes from tourism, up to 250,000 of them have found a home in the country.

Wary of assimilation, the Roma people typically don’t let their children attend schools. They have a contentious relationship with mainstream Greeks, as well as the rest of the continent. “They are by far the most marginalized ethnic community in Europe,” Lagos said.

The strained relations are nothing new, though they have simmered in recent decades. According to Holocaust estimates, Germany and its allies killed around one-fourth of the entire Roma population in Europe during World War II. The German government waited until 1979 to acknowledge that the persecution had been racially motivated.

When asked if he’s had to confront his own biases during this research, Lagos paused for a few seconds. “Yeah,” he admitted. “It kind of goes back to the idea of courage. I could have spent all my life avoiding the Roma. You see them, and you hear stories from other people about how they’re beggars, thieves. But I’m going to step out of my comfort zone and do something I normally would not do.”

After all, Lagos says, Greece prides itself on a spirit of socialness — welcoming others with open arms, no matter who they are.

Examples of this aren’t hard to find. In early summer of 2007, Lagos took a study abroad group to his hometown. While napping one afternoon, he was awoken by screams from his students. His first thought: Somebody broke a leg.

“I run down there and I see two of my students,” he recalled. “They said, ‘You’re not going to believe this, but we were just walking in the street, and this family came out and they grabbed us. They took us inside of their house, sat us down, and fed us for two hours. And they were talking to us and we didn’t know what to do. What do we do now?'”

You can start, he told the students, by going back to say thank you.

Lagos hopes these experiences will show his students the value of community and the strength of social bonds. Imagine you have all the wealth in the world, he said, with all the ease and convenience you could ask for — but no one to share it with.

Lagos has a B.A., M.A. and Ph.D. from the University of Washington. Lagos is the author of the book 86 Days in Greece: A Time in Crisis. UWTV filmed interviews with him about American Messiah and George’s Bag. Learn more about Greece’s role in the refugee crisis here.