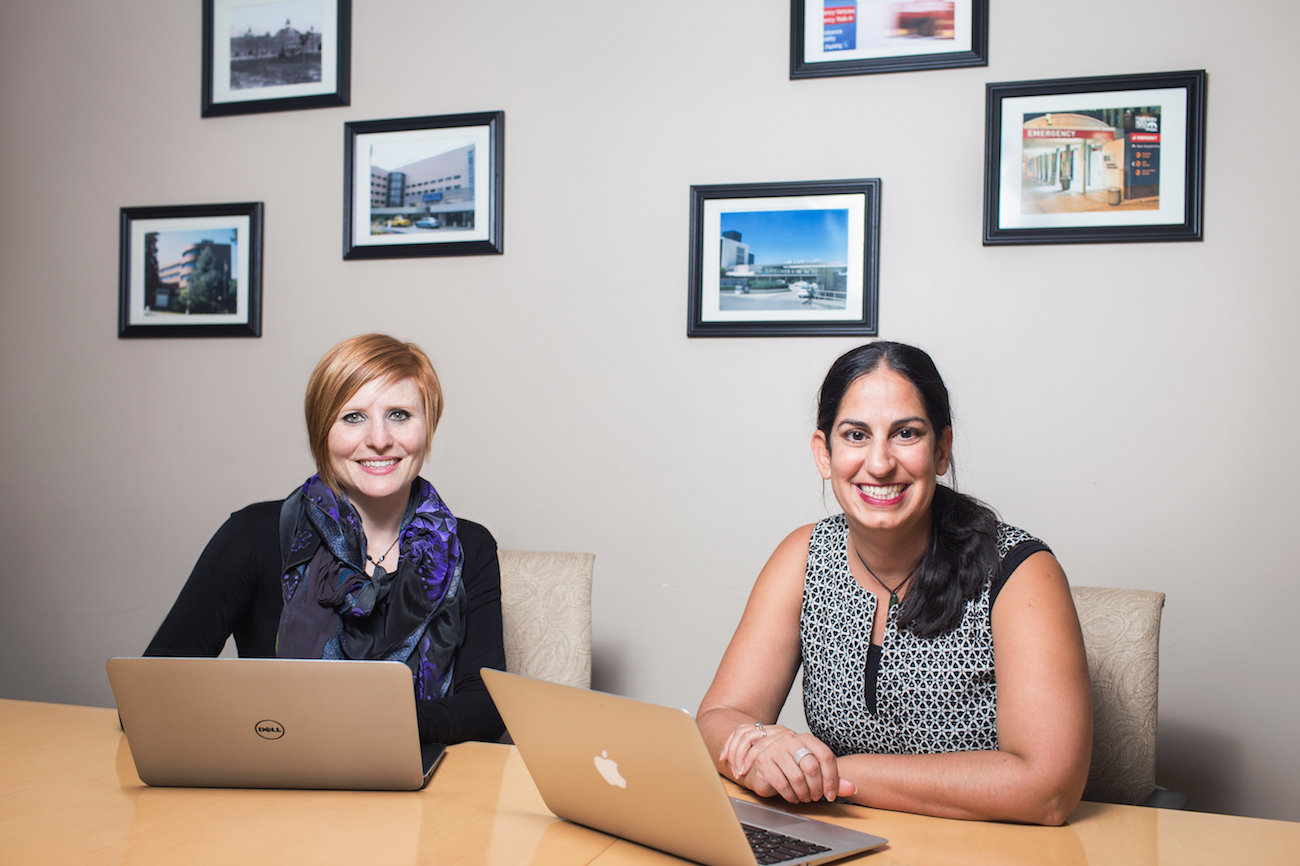 Like many of us, Susan Collins spent her college days thinking about drinking.

Unlike many of us, her days were well spent. As an undergrad at the University of Texas, Collins wrote an honors thesis about the drinking habits of college women. She went on to study alcohol-related behavior while earning graduate degrees at Syracuse.

For Collins, an associate professor in the Department of Psychiatry & Behavioral Sciences, this research reflects a personal journey.

“I’ve been in recovery from addictive behavior since I was 16. That’s when I went to my first 12-step meeting,” she said. “I had a special drive — a personal drive — to seek that experience out in college and to learn more about what drives addictive behaviors.”

Looking back at the lessons of her own life, along with her experience as a researcher and a substance abuse counselor, Collins has become skeptical of the cold-turkey approach to rehab. “We need to find alternative pathways for people who aren’t ready, willing, or able to stop using entirely.”

She’s now the co-director of the Harm Reduction Research and Treatment Center, which explores what these alternative pathways might be. The center, abbreviated HaRRT, researches drug, alcohol and tobacco dependency, often in chronically homeless populations.

Reduce harm. Strengthen communities. Improve lives. Those are the principles that guide the center. It’s a shift away from treating addictive behavior with “tough love.”

“With harm reduction, it’s just about the ‘love’ piece,” said Seema Clifasefi, co-director of the HaRRT Center. “Take out the ‘tough.’ Universal love is the key ingredient.”

No, they’re not ivory-tower hippies. These views are based on hard data, and the center’s current portfolio boasts $5.7 million in grants and nearly 60 peer-reviewed articles. “It’s compassion meets pragmatism,” Collins said.

‘A New Kind of Treatment’

Their work has roots in the 1811 Eastlake Housing Project, a partnership between the UW and the Downtown Emergency Service Center. The 1811 Eastlake building provides permanent housing and support for 75 homeless men and women with chronic alcohol problems. Many of the tenants have been in drug and alcohol treatment over 15 times.

At 1811 Eastlake, sobriety is optional. The building is based on the Housing First principle: Give people a home and figure out the rest of their problems later.

After the building opened in 2005, UW researchers began a multi-year evaluation of the Housing First model. Clifasefi was the research coordinator, Collins an interviewer on the ground. It was their first collaboration.

The evaluation found that tenants had chosen to drink less, and the housing-first approach resulted in $4 million in tax-payer savings in the first year. A two-year follow-up with tenants found a decrease in alcohol-related problems, jail bookings, and emergency room visits.

“That project transformed my worldview about homelessness and substance abuse,” said Clifasefi, an assistant professor in Psychiatry & Behavioral Sciences. “I felt very invested in the population, and I know Susan was, as well. We wanted to carry on and figure out what to do next with the project.”

That’s where the HaRRT Center came in. Clifasefi and Collins began developing programs and pilot studies for chronically homeless populations. They interviewed tenants at 1811 Eastlake.

“We asked substance users, ‘If you could redesign treatment in a way that’s more relevant, interesting, and even fun, what would that look like?” Collins said. “We took their thoughts and put together a new kind of treatment.”

Asking substance users for advice about rehab might seem counterintuitive. But Collins says it’s common sense. For one, people are the experts of their own lives: Sometimes they don’t need guidance, just a little support. When they do need guidance, it’s better to work with them to establish goals. People aren’t invested in goals that others set for them.

Besides that, telling people what to do usually doesn’t work. You don’t have to be a psychologist to know that.

“If you tell people what to do, they’re going to say no,” Collins said, then translated it to South Park terms: “Like Cartman says: ‘I do what I want!'”

The 1811 Eastlake interviews were the framework for a National Institute of Health grant, which funds the Life Enhancing Alcohol-Management Program (LEAP). They hope the program will eventually find its way into similar Housing First units.

The HaRRT Center’s research isn’t limited to housing intervention. In another NIH-funded study, doctors and nurses curb alcohol craving with medication and treat substance-related harm with counseling. Collins and Clifasefi have also looked at how a harm-reduction approach can reduce recidivism in the criminal justice system.

Likewise, embracing harm reduction won’t only help the homeless community. Over 22 million Americans are in need of treatment for alcohol or drug use, yet only 2.5 million of them receive it. A vast majority of those who aren’t treated believe they can get sober without help.

“That’s really bad customer satisfaction,” Collins said. “The treatments that we currently have available are not viewed as relevant by American citizens.”

The success of the Housing First approach offers lessons of its own. As rents skyrocket in Seattle — a city without rent control — many families struggle to find affordable housing. If substance abuse emerges as a symptom of that struggle, or if it already exists in the family, HaRRT Center research suggests it will be difficult to treat without a stable roof overhead.

Tribute to a Legend

It’s impossible to talk about the HaRRT Center without hearing the name Alan Marlatt. During his 30 years as a UW psychology professor, Marlatt’s research transformed the field of addiction and alcohol. He passed away in 2011 and is remembered as a legend in his field.

For Collins and Clifasefi, he was a role model, a mentor, a friend. The HaRRT Center is their tribute to him.

“He saw the potential in people and was able to hone that potential,” Clifasefi said. Despite a heavy workload, she added, he was always available to faculty, staff, and students. Collins agreed: “He shared himself with everyone.”

Prior to Marlatt’s research, alcoholism was considered purely biological. Through placebo studies he observed signs of intoxication in people who were falsely led to believe they were drinking alcohol — thus introducing a psychological element to the field.

Marlatt did this research in his iconic BARLAB, which is set to be demolished this month. In a July 5 email, three UW professors called the lab “perhaps the single most significant instrumentation paradigm our department has contributed to the history of addiction science and to clinical psychology; and perhaps to psychology in general.”

Due to mixed feelings over the demolition, the psychology department will vote on July 8 to decide the BARLAB’s fate (if torn down, the space will be used for an undergraduate study center in Guthrie Hall).

As for Collins and Clifasefi, they want their mentor’s lab to stick around. It represents decades of compassion and pragmatism — two traits that defined Marlatt as both a professor and a person. The good news is that he passed those traits on: UW might lose BARLAB, but we’ll still have HaRRT.

Very inspiring! Thank you for all that you’re doing. A message of hope for all!