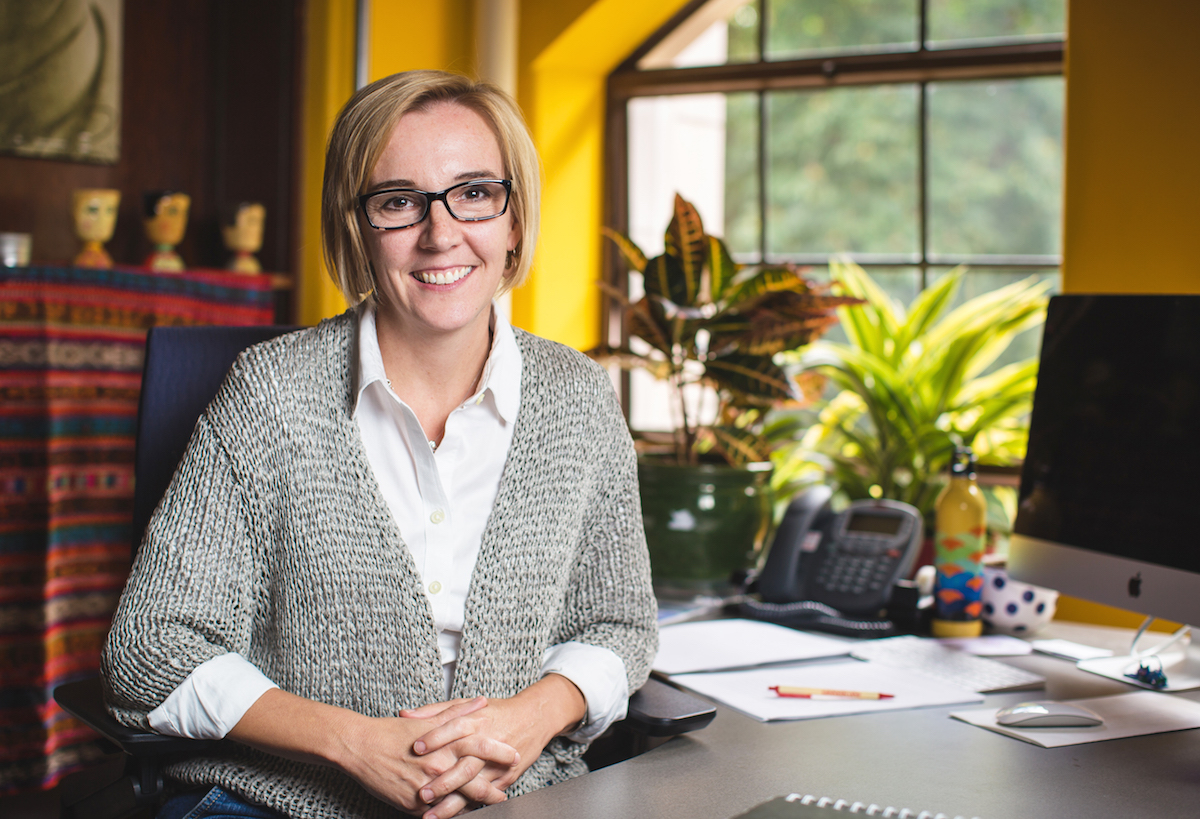 Tucked in a sleepy corner of the UW Quad, Smith Hall is as peaceful as it gets on the Seattle campus. But walk inside and you’ll find torture, incarceration, and assassinations.

“We work with organizations and individuals on the front lines of human rights challenges,” said Angelina Godoy, the director of the UW Center for Human Rights, which is based on the mezzanine level of Smith. “Those challenges could be here in Seattle or anywhere in the world, and they can be anything from the right to health to the right to free speech to tackling genocide.”

The Washington state legislature established the center by way of an unfunded mandate in 2009. Godoy, the Helen H. Jackson Chair in Human Rights, became the founding director.

“There were many of us here at that time who were doing human rights in our fields, but we didn’t have one clearinghouse to come together,” she said. “Many of us knew each other personally, but there was no one place where all those paths would connect.”

Faculty and students now collaborate often and easily, and a tri-campus program makes the UW a destination for people who want to study the interdisciplinary field of human rights.

The center’s research teams work on big, ambitious research questions that span years. One such project is the Rethinking Punishment initiative, a look at the U.S. prison system through the lens of human rights led by Katherine Beckett (Sociology) and Steven Herbert (Law, Societies & Justice).

She knows this better than anyone. Her research on crimes against humanity in El Salvador, the center’s other major project, has generated over 200 Freedom of Information Act (FOIA) requests from six different federal agencies, including the CIA.

Why El Salvador? For one, Godoy specializes in Central America (she’s currently in the capital city of San Salvador). Since the center was created with an unfunded mandate, it made sense to start with preexisting research and partners.

There’s also a strong legacy of U.S. involvement in El Salvador. From 1980 to 1992, the Salvadoran government, which was backed by U.S. military aid and training, waged a civil war against leftist guerrillas. Over 75,000 civilians were caught in the middle and killed. Others were “forcibly disappeared” — no body, no certificate, no investigation — a fate their families still haven’t resolved to this day. Godoy thinks U.S. institutions should play a role in addressing that legacy.

Partnering with organizations on the ground in El Salvador, UW researchers have logged testimonies from survivors, interviewed their relatives, plowed through historical documents and journalistic accounts, and petitioned the U.S. government for answers.

In one instance, the center wanted information about the 1981 Santa Cruz massacre, during which Salvadoran troops reportedly killed as many as 200 civilians. The CIA responded to the center’s FOIA request by saying that it could neither confirm nor deny the existence of records due to national security. The center then re-filed the same exact request to see if there would be a different response, and there was: the CIA now said there were too many files to parse though, and that the search would be overly burdensome.

But Godoy and her team knew that the CIA had already declassified 20 documents about the massacre, so they believed the agency was holding back. After two unsuccessful appeals, the only way forward was a lawsuit.

In October of 2015, the center sued the CIA for withholding documents. It’s the first time the UW has taken a federal agency to court, and while Godoy said she was reluctant at first, she also knew the government wasn’t complying with the law. “If I chose to give up without exhausting every possibility, if I didn’t want to fight, how could I turn around to those family members who are still desperately looking for that information?'”

A few weeks later, Godoy’s office was broken into. Her desktop computer and an external hard drive were stolen, but all of the information about the lawsuit was backed up. Nothing else was missing or even moved, and the swift-and-tidy nature of the burglary felt oddly professional. “One could go pretty far into conspiracy theories, but I don’t think that serves our interest,” Godoy said. The break-in is still under investigation.

Meanwhile, the CIA released new documents to the center in May. Godoy and her team considered it a huge victory, but the lawsuit remains ongoing because they believe the agency still has more to give.

“All we want is access to information, because we are doing human rights research — working with people who are seeking healing, and closure, and justice,” Godoy said. “Those moments when we obtain information that a victim’s family is desperately seeking are very, very gratifying.”

Peter Jackson, the son of Helen Jackson and the late Senator Henry “Scoop” Jackson, serves on the center’s advisory board. He lauded the document concession as “something that no one thought could realistically be accomplished.”

“Because it was student-led and shepherded by Angelina, they’re still idealistic enough to think they can change the world,” Jackson said. “And in a fairly tangible way, they proved the cynics wrong and they were able to seize the moment, to tackle this colossus, and to do it in a way that is going to be meaningful for those who have been working on this issue for decades.”

Godoy has a B.A. from Harvard University and an M.A. and Ph.D. from the University of California at Berkeley. She is a joint professor in the Jackson School of International Studies and the Law, Societies & Justice Program, with adjunct positions in the Department of Sociology and Department of Political Science.