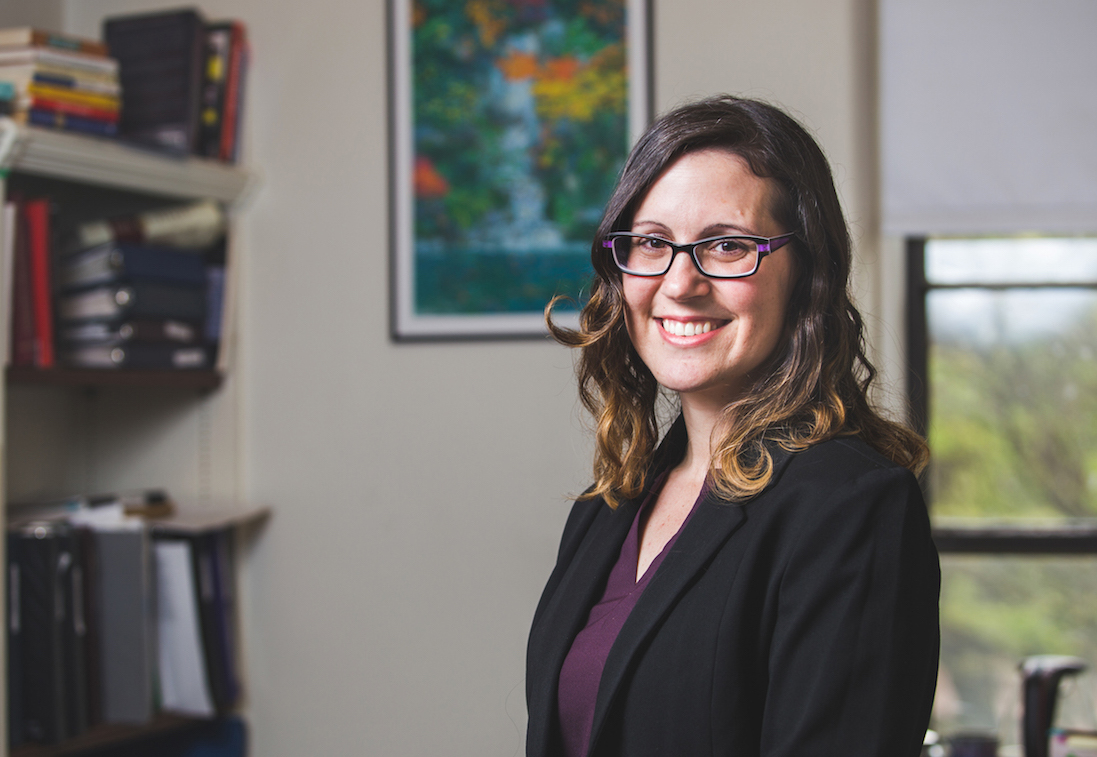 Magic and mysticism. Angels and demons.

It’s hard to find a dull moment in Mika Ahuvia’s syllabus. The assistant professor of Jewish Studies teaches a class called Heroes, Heretics, and Radicals: The Beginnings of Judaism and Christianity.

“You could say there are some magical things that happen in the Bible,” Ahuvia said. “When the Nile is turned into blood, or when Jesus turns water into wine.”

Jesus, for example, could exorcise demons from people, but Western culture doesn’t view him as a magician. Instead, he’s known as a miracle worker.

Ahuvia has taught about Jesus and his contemporaries — some of whom are also said to have performed miracles and magic — since joining the Jackson School in 2014.

“What surprised me the most is that a lot of people in Seattle have never opened a Bible,” she said.

Students are often unaware that Jesus was Jewish (so was the Apostle Paul), that he spoke a language called Aramaic (not Greek), and that the New Testament is the only Biblical text written in Greek (the rest were in Biblical forms of Hebrew and Aramaic).

Some students are even surprised to learn what B.C. and A.D. mean.

“A.D. means anno Domini, which means ‘year of our Lord,'” Ahuvia said. “If my Lord is not Jesus Christ, then that’s not accurate. We have a very diverse student body, so I want to remind students what the assumptions are.”

Ahuvia lets her students decide if they want to use B.C. and A.D. Looking for a neutral term? Use B.C.E. (before the common era) and C.E. (common era).

Another novel notion for some: Judaism is a religion of ancestry. That means you can inherit it, regardless of whether or not you’re a believer.

“Christianity has given people the impression that religion is only a matter of faith and belief,” Ahuvia said. “But before there was Christianity — a religion you could opt into — religion was tied to your community, who your ancestors were, and where you were born. It was much more closely tied to your ancestral home.”

Judaism, which originated 1,000 years before Christianity and 1,500 years before Islam, encompasses community, ancestry, practices, and belief. That’s why it’s not uncommon for Jewish people to embrace their Jewish identity, even when they don’t practice the religion.

“I think for Jews it’s always been something that’s been at the forefront of their mind because they’re a minority,” Ahuvia said, noting that the same is true for Jews in the U.S. “They’ve always felt othered in American society. The parents inherited that feeling of otherness. The desire to be American isn’t always so easy, because we sense in some ways that the dominant American culture is Christian.”

Ahuvia, who grew up in Israel and identifies as Israeli-American, says Jewish Studies isn’t just for Jewish students. Moreover, she believes that the Jewish story isn’t just about religious history or Near Eastern history, but about world history.

“It is the travails of a people who in the time of famine go down to Egypt. It is the story of people who are exiled from their homeland,” she said. “It’s a story of the relationship between homeland and diaspora. Despite wars and exiles, there have always been Jews who remain in the land of Israel, and Jews who were in Egypt, ancient Babylonia, Europe, the Far East, and more recently in America.”

Studying the history of religion can also force us to confront the sins of our ancestors. Drop a pin at any point in history, Ahuvia said, and you can probably find an example of your religion pestering and persecuting adherents of another faith — from mockery and disenfranchisement to exile and genocide. But Ahuvia thinks studying our shared stories can lead us to reconciliation.

“Confronting those hard moments in our history can hopefully help us,” she said. “Those tendencies toward violence are in each of us. We have to confront them in order to be able to appeal to something higher, to do better, and to make different choices than people in the past.”

Ahuvia has a B.A. from Rollins College, an M.A. from the University of Michigan, and a Ph.D. from Princeton University. She is the Marsha and Jay Glazer Endowed Chair in Jewish Studies.