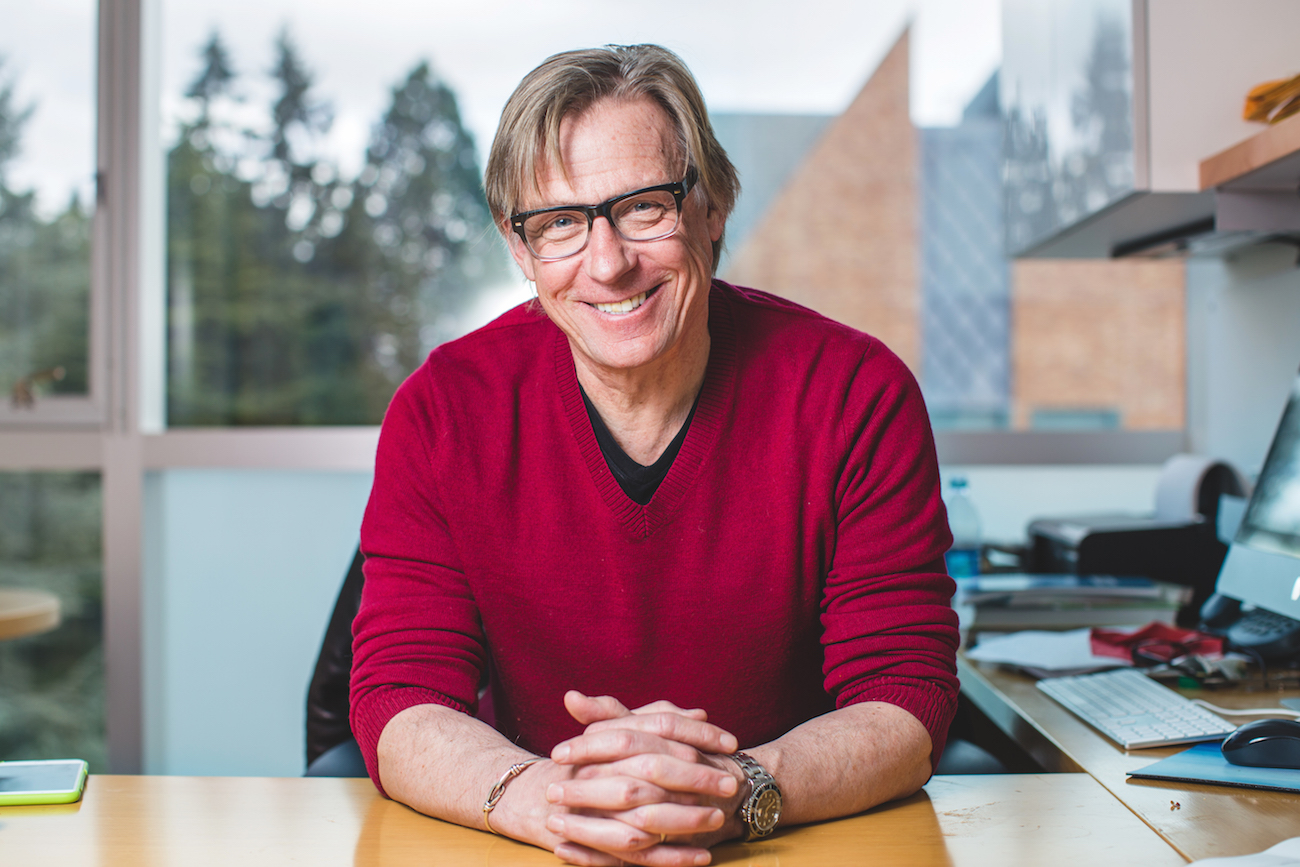 Markets are meant to be disrupted.

That’s what you’ll walk away thinking after a chat with Professor Charles Hill.

“Disruption is the nature of a capitalist economy, and you’ve got to argue that disruption is fundamentally a good thing,” said Hill, who’s taught in the Foster School of Business since 1988.

A disruptor is a market force — such as a new company or new technology — that changes how things are done in an industry. More efficiency. Higher quality. Lower prices. A disruptor ruffles the feathers of established businesses, referred to as incumbents.

One example of an incumbent is the taxicab industry, which has been challenged by ride-sharing companies like Uber and Lyft. Hotels and motels, the incumbents of the hospitality industry, have been disrupted by Airbnb. Amazon disrupted the retail industry.

Incumbents either fade away or find a way to survive. Microsoft, once a disruptor, has since become a traditional tech company. Stocks have fallen as digital devices — from laptops to phones to tablets — have moved away from Windows operating systems.

“The question for Microsoft is, how do we compete in this brave new world?” Hill said. “How do we find our footing and make the transition?”

That’s the question every incumbent hast to ask itself. Hill says Microsoft has begun to reposition itself by focusing on cloud computing. Cloud technology is a way to host data without a local hard drive (when you throw a file into a Dropbox folder instead of putting it on a USB stick, you’re using a cloud). Microsoft made its billions by selling physical servers and software. Now its business model is increasingly based on hosting data for clients on the cloud.

The Seattle economy stands to benefit big from the shift to cloud computing. As far as infrastructure and services go, Amazon and Microsoft are the world’s leading cloud providers.

“Seattle is booming because Seattle is the epicenter of the cloud-computing revolution right now,” Hill said. “If we’re right, and cloud computing is the next wave in computation, that’s tremendously bullish for this city.”

Cloud teams at Amazon and Microsoft are staffed by engineers at the cutting edge of cloud computing. Hill says this workforce has drawn more companies to Seattle.

A surging tech presence is a boon to the economy, but it’s also why rent and housing prices are going up. Hill acknowledges that not all ships rise with the tide. “Some rise and some fail,” he said with the bluntness of a business professor.

Hill is partial to sailing metaphors. He’s been on boats since he was a child growing up in North Wales, and he races his sailboat in regattas throughout the Pacific Northwest.

“All the things we talk about in business are also important in sailboat racing,” he said. Strategy, tactics, efficiency, leadership, team-building — it’s all there. Perhaps most of all: “A desire to win.”

Hill has a B.S. and a Ph.D. from the University of Manchester. He is the Hughes M. and Katherine G. Blake Endowed Professor in Business Administration.

If disruptive market changes were lateral moves for employees, I’d have no problem with them; but I’m troubled by how every time a market is “disrupted,” workers seem to end up in a worse position. This is especially true with services like Uber, that have changed industries that once provided steady employment to ones where workers are independent contractors with no benefits or job security. While I understand that worker well-being is not something economists generally concern themselves with, maybe it’s time they started?