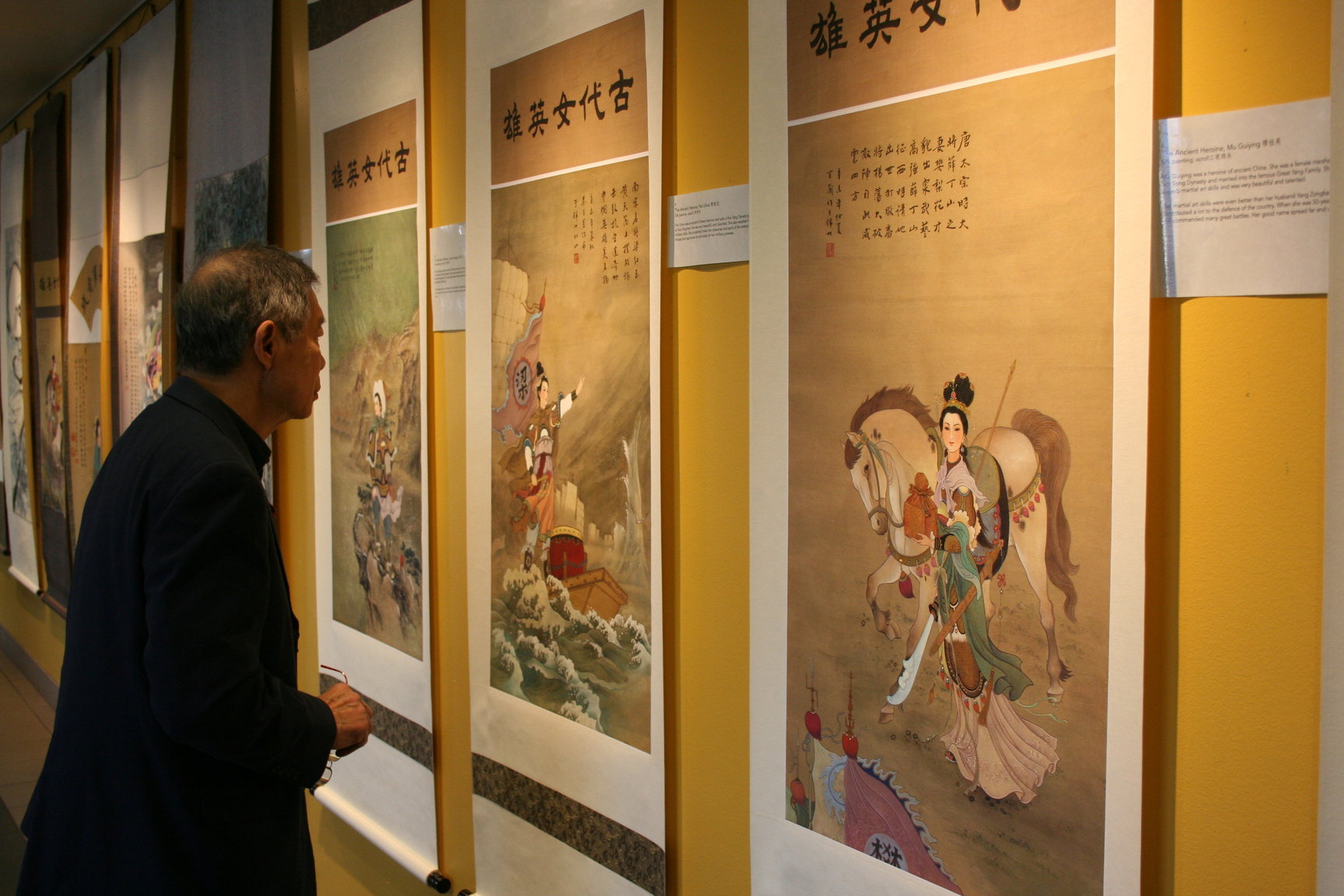 Last week, famous Chinese painter Qin Bailan graced the UW Tower with not only her incredible artwork, but also made a personal appearance in the cafeteria to share some of her artistic insight.

Qin Bailan, who is known for her work illustrating traditional female characters, has been invited to confer with world leaders, and her work has been exhibited in more than 50 countries. The Confucius Institute of the State of Washington and The Whole U helped bring Ms. Qin to the UW community so she could share her experiences.

As she greeted visitors entering the exhibit, smiles and handshakes were exchanged with nearly every person who passed by. She made sure to thank people who signed into the guest book, and posed for photos from press and admirers alike.

As UW Tower occupants and event attendees made their way through the hall toward the cafeteria, they were able to admire Ms. Qin’s large, beautiful artwork, presented along the well-lit gallery walls.

Once event goers made it to the cafeteria, complimentary snacks and more artwork were there for folks to enjoy while they waited for Ms. Qin to speak, and her team made sure that everyone in the room felt welcome. 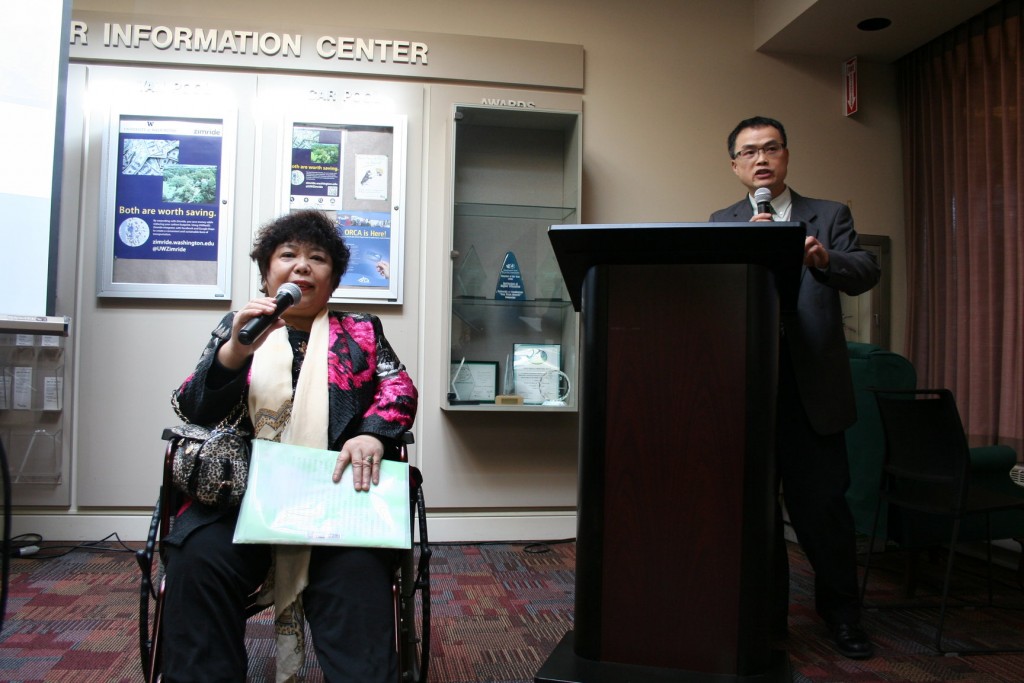 Ms. Qin pointed out that traditional artwork is made up of multiple components, and that you must have a basic understanding of them and their history to not only produce a complete piece – but to fully appreciate it as well.

Despite the emphasis on tradition that her work reflects, Ms. Qin still finds ways to uniquely express her own perspective through art. While describing one of her pieces that depicts a legendary fairy tale figure, Ms. Qin explained the difference between her approach and how other artists that might illustrate the same idea or character.

“I created my work by imagining a situation when the gods in heaven admire life on earth,” she said. “Many painters and artists use the same story as the basis for their work, but use an inverse perspective.”

One representative from the Confucius Institute of Washington, Jun Zhou, helped the English speakers in the crowd by translating Ms. Qin’s speech, and other volunteers ensured that all attendees had enough to eat and talk about. He and his team worked hard to make sure the event ran smoothly, and introduced Ms. Q when she arrived for the event.

If you weren’t able to make it, enjoy the photos from the exhibit below. A HUGE thank you to everyone who made the exhibit possible, and to those who stopped by! 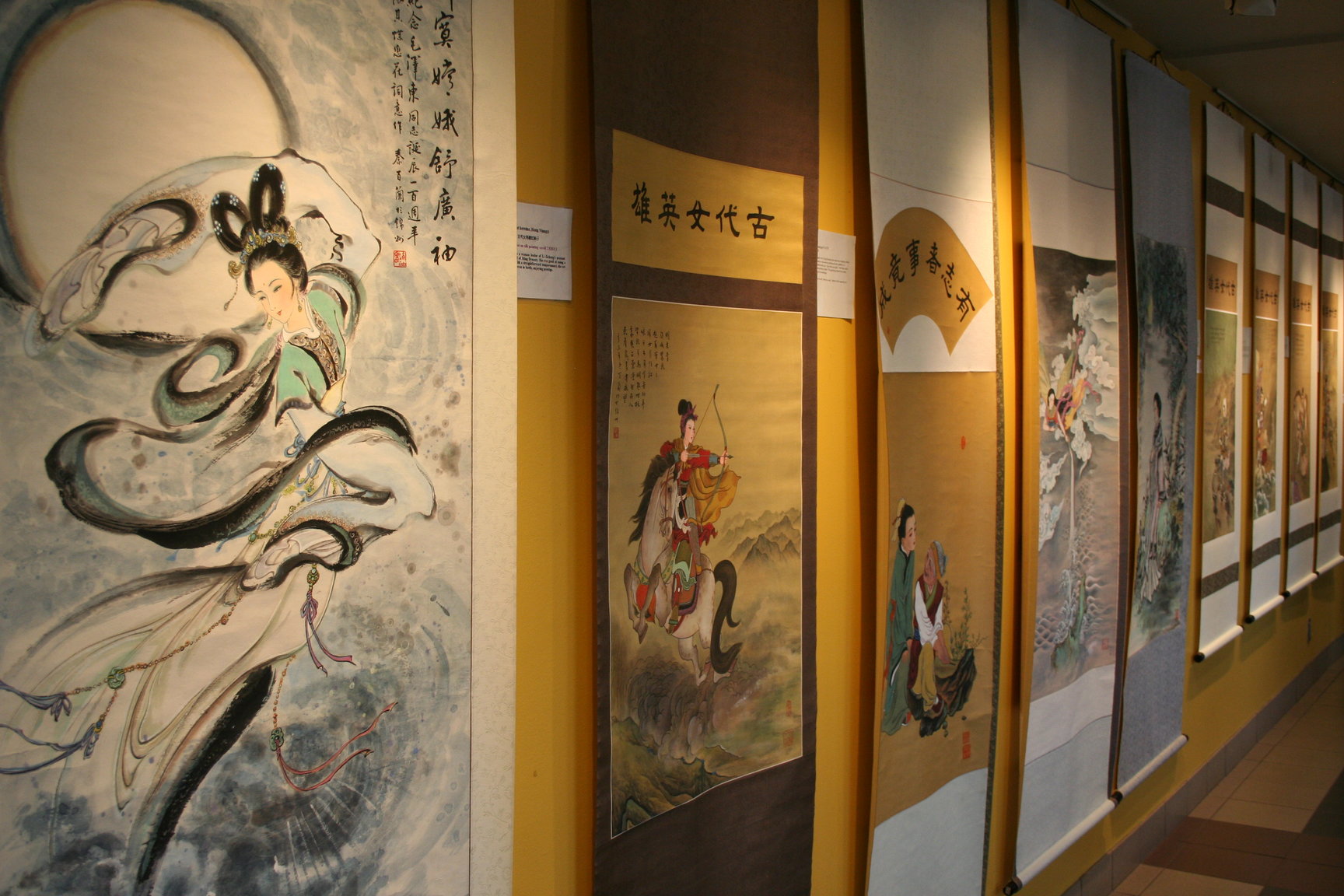 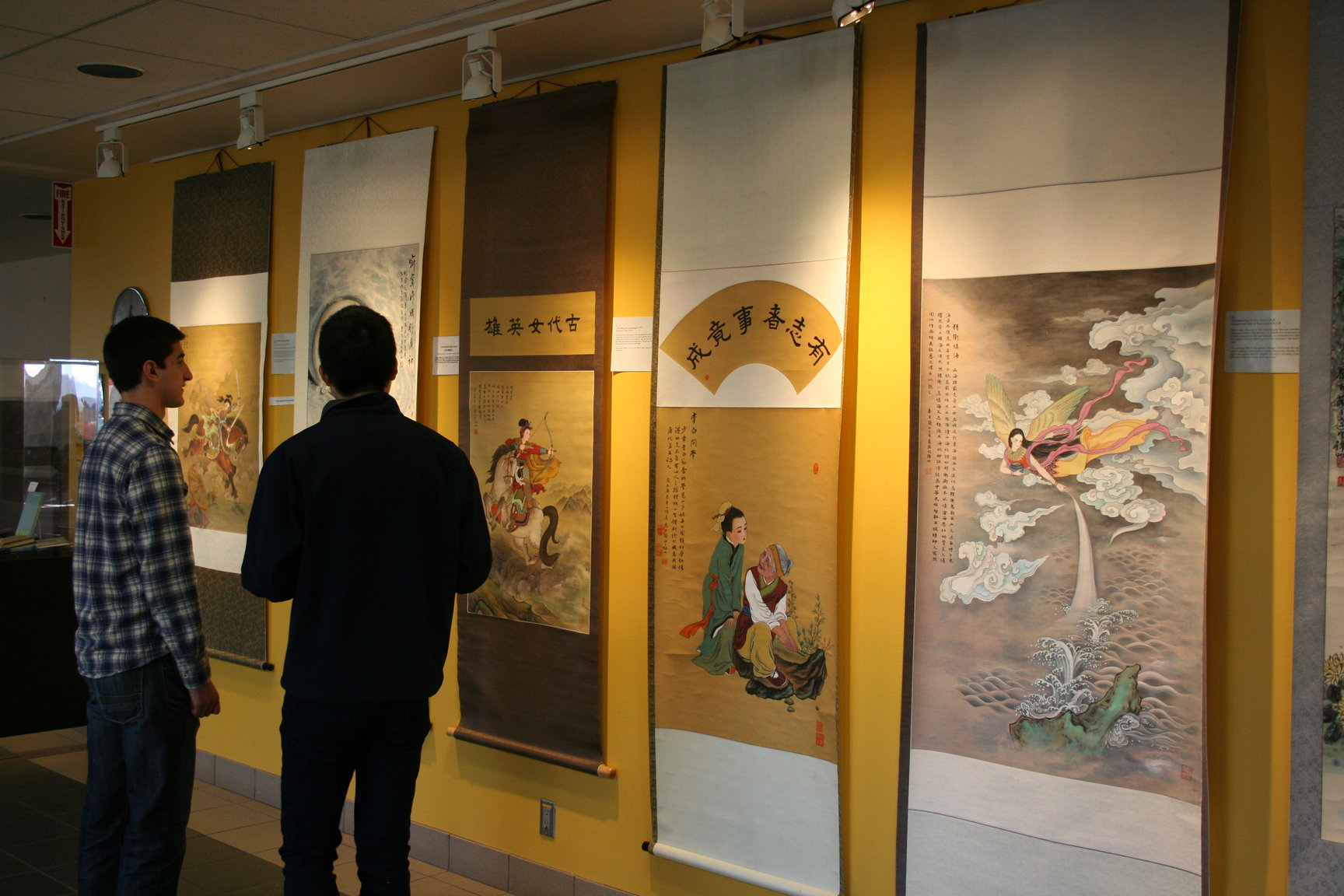 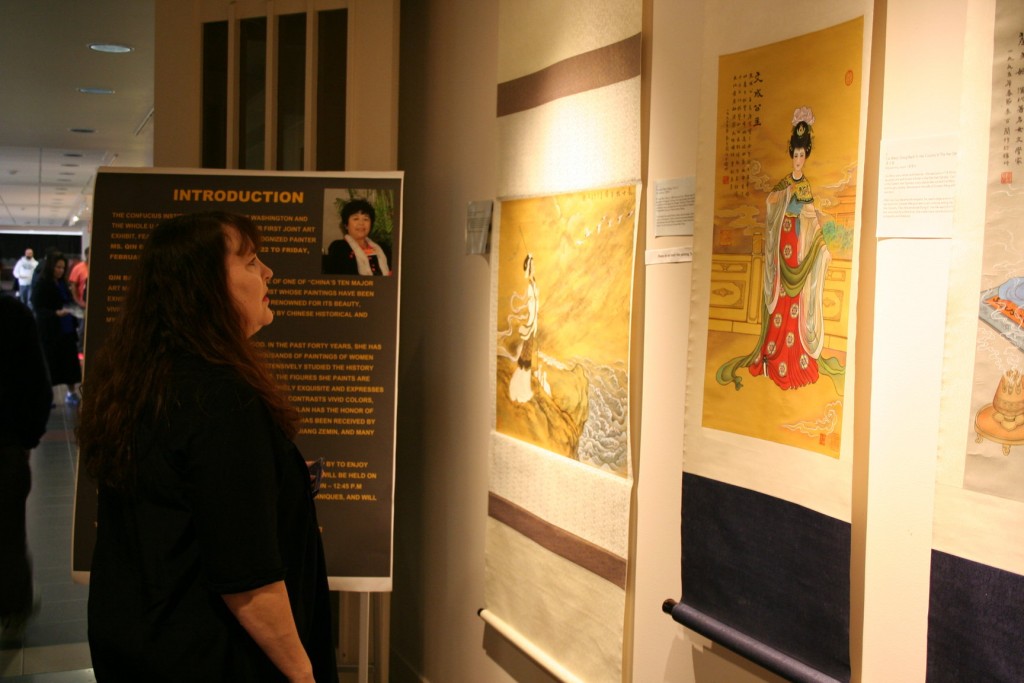 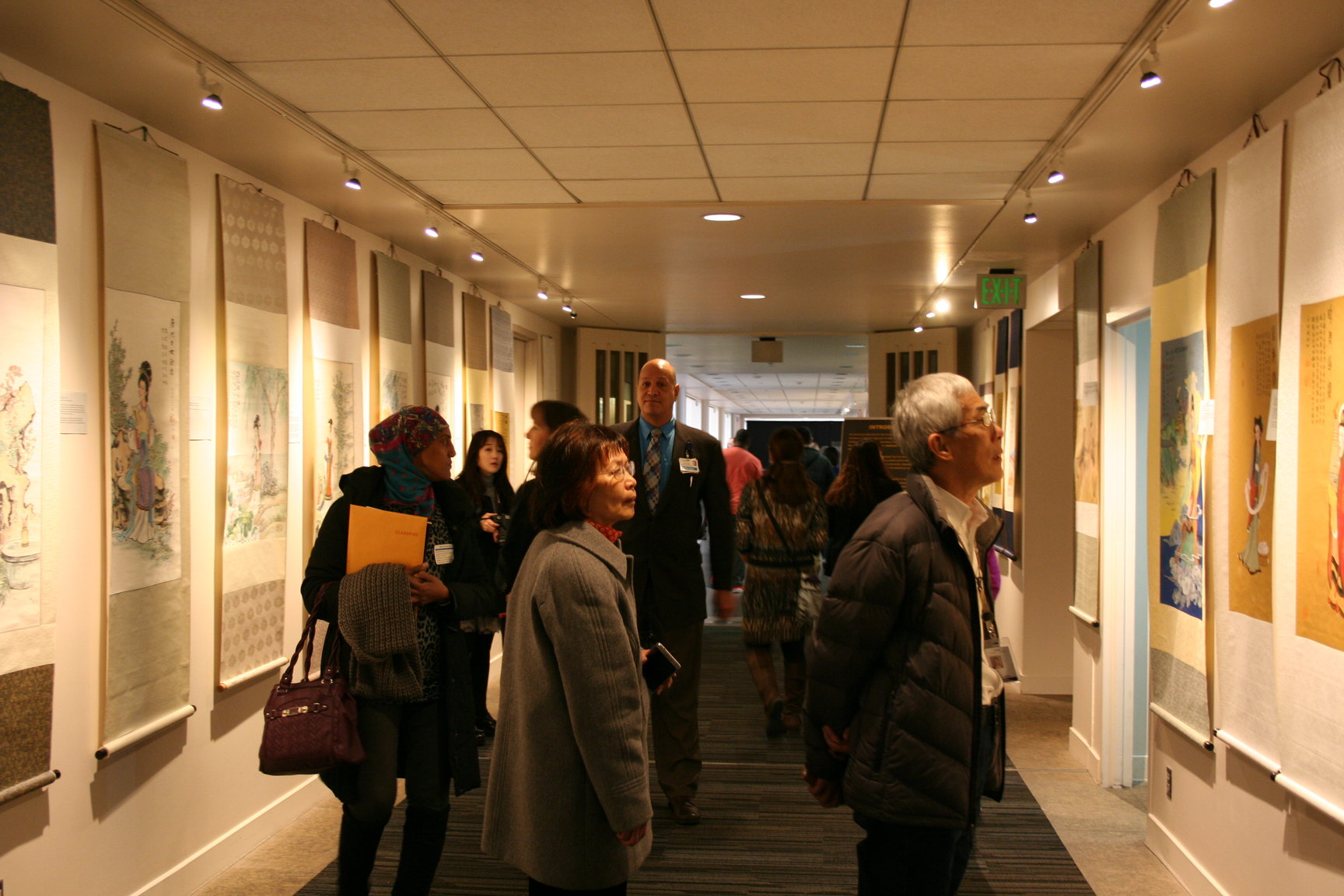 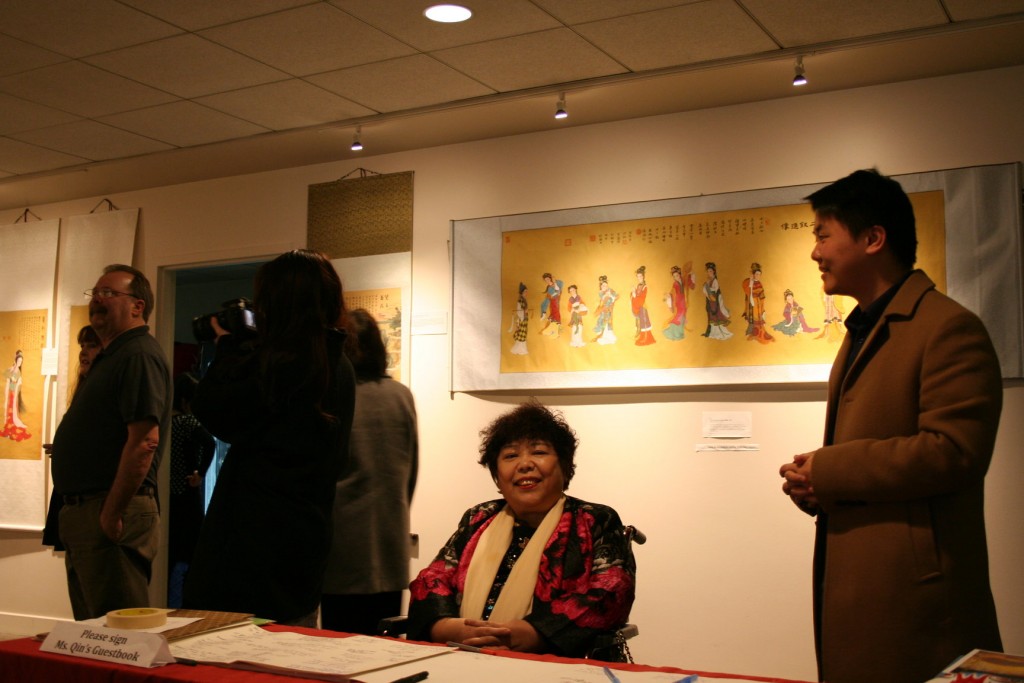 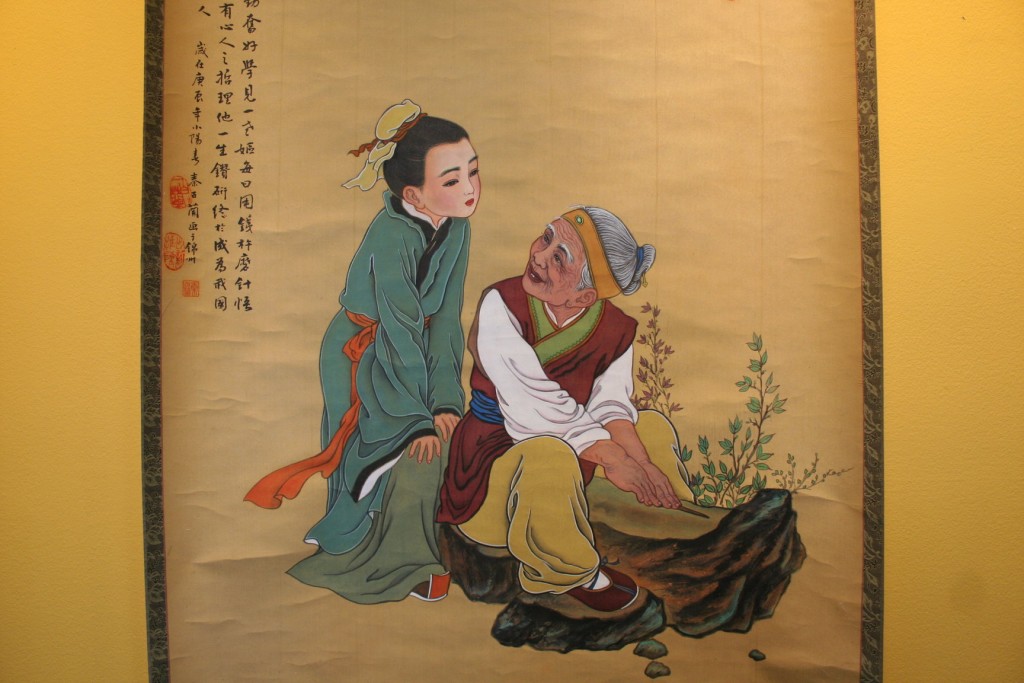 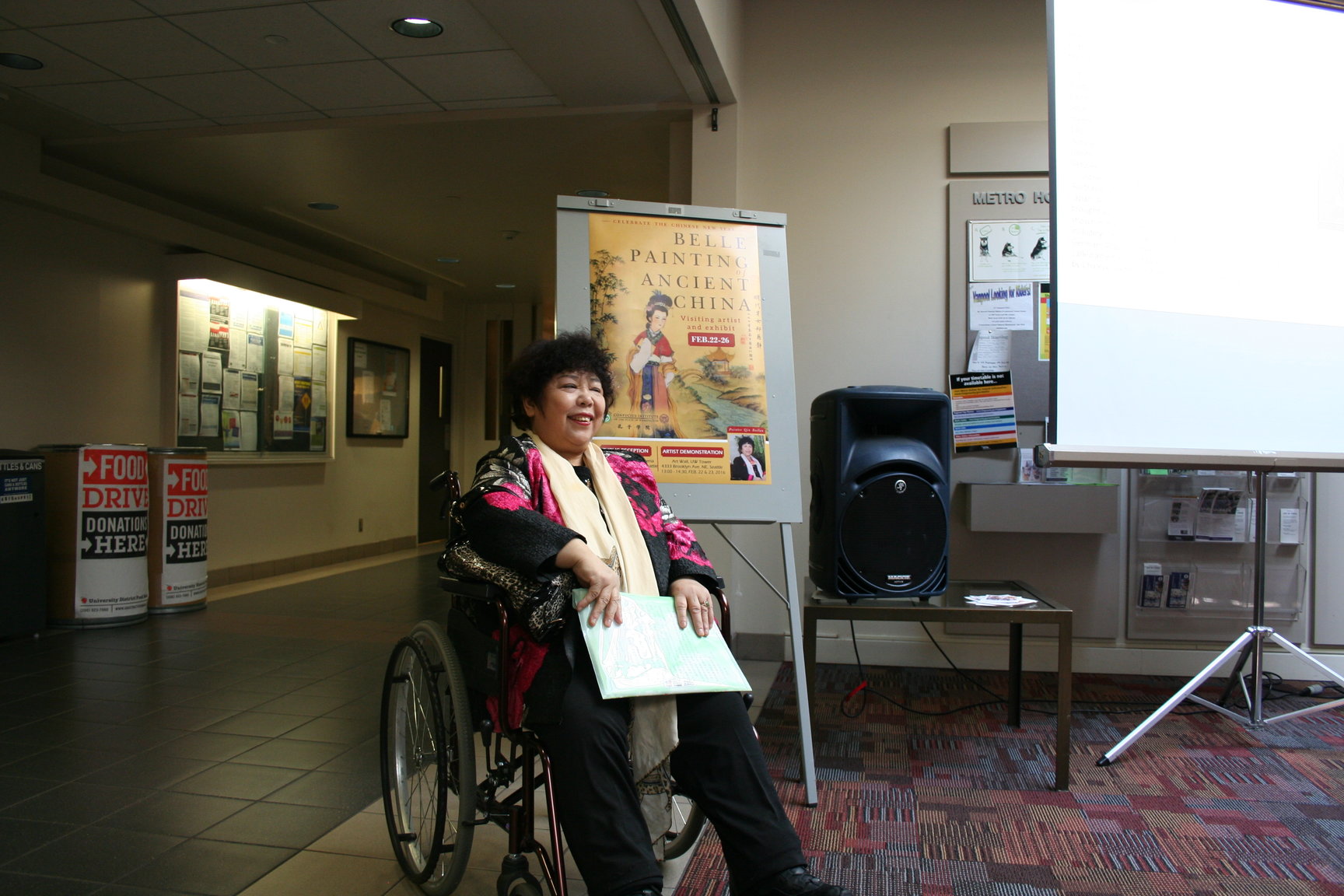 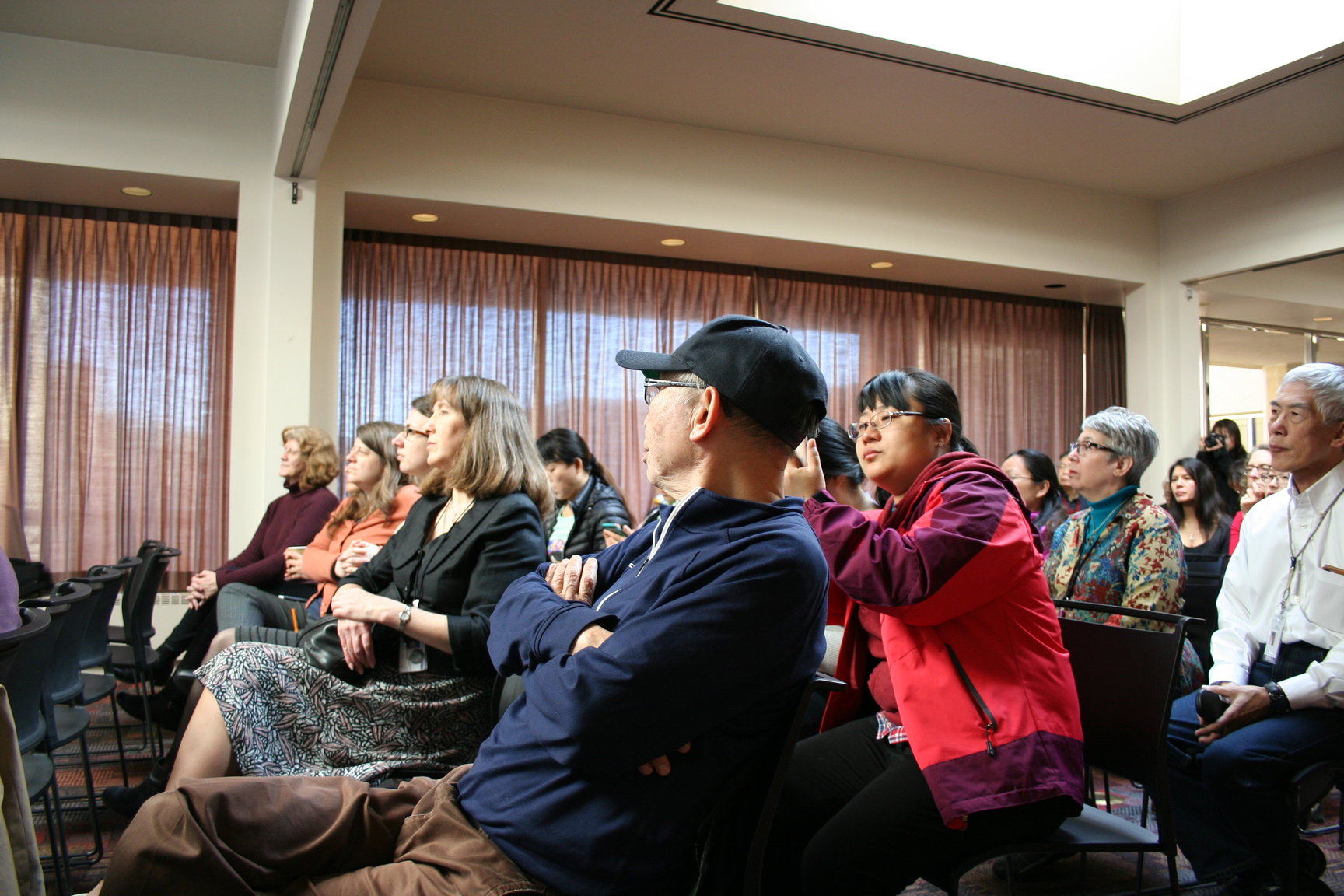