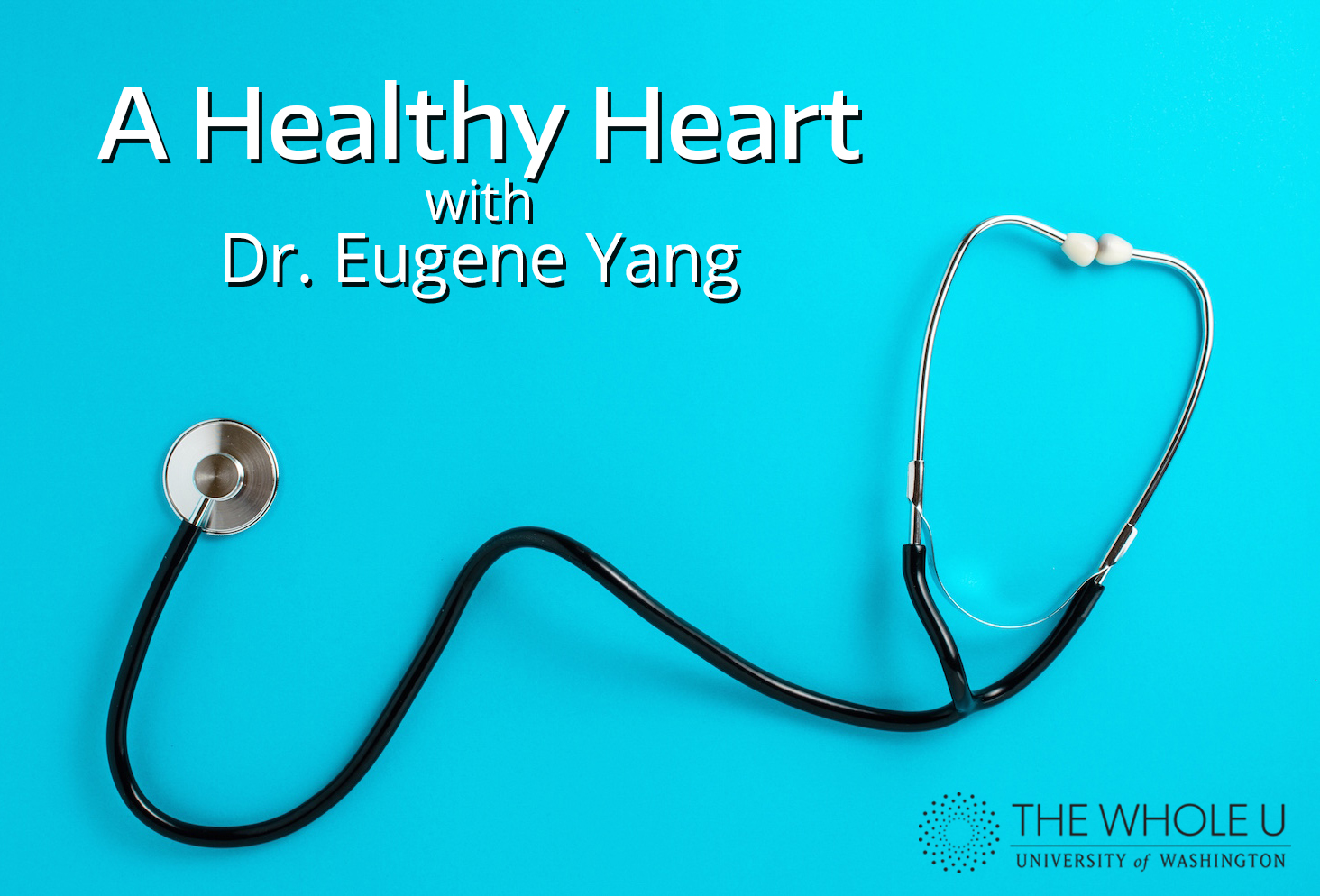 A whopping 1-in-4 Americans will die from cardiovascular disease, whether it be an event like a heart attack or a condition like congestive heart failure. Tallied together, these ailments are the leading cause of death in the U.S.

Cardiovascular woes tend to strike later in life, but it’s never too early to give your heart some love. Valentine’s Day is the perfect excuse.

How do you spoil your most affectionate organ? Should you toast it with a glass of wine or give up alcohol altogether? Opt for dark chocolate over the milky stuff? Renounce red meat at the fancy restaurant?

The answers aren’t always straightforward. To understand how the heart fails, let’s take a look at how it works.

As the muscular hunk at the center of our circulatory system, the heart pumps blood to the rest of your body. It’s a two-sided cycle: The right chamber of the heart sends blood to your lungs to be infused with oxygen, while the left chamber spreads the oxygenated blood out to your fingertips, down to your toes, and up to your brain. As your body converts that oxygen into energy, the blood gets channeled back to the heart for a refill.

“Without the heart pumping blood with energy-rich oxygen, everything else will essentially die,” said Dr. Eugene Yang, a UW Medicine cardiologist and medical director at Eastside Specialty Center in Bellevue. “The rest of the organs will not survive.”

A heart attack happens when blood flow to the heart is blocked by a buildup of cholesterol. When the heart becomes too weak to pump the body with fresh blood, that may lead to congestive heart failure. A stroke occurs when part of the circulation to the brain gets cut off, causing a loss of consciousness and temporary or permanent paralysis.

When someone falls to the floor and their heart stops beating — the classic CPR situation — it’s probably sudden cardiac arrest, which is sort of like a glitch in the heart’s electrical system. It’s often caused by a blood-flow problem, such as a heart attack, and it can be deadly if not quickly treated.

Those are the fatal ways a heart can break. Not getting a call back after a first date? Sucks, but won’t kill you.

It’s not creepy to keep tabs on your heart. Get lab work and an annual physical to track your blood pressure, blood sugar, and cholesterol.

Listen to your body when you’re not at the doctor’s office.

“Sometimes we get very subtle clues that something may be wrong,” Yang said. “In particular, when people experience symptoms that seem to be unusual for them, especially with exertion or activity.”

An example: You usually walk two miles around the park but now feel winded after one.

Stress in the sternum can follow. “If you start to feel heaviness, tightness, or pressure in the chest area, that’s potentially a warning sign that the heart might not be getting  enough blood flow,” Yang said.

Got heartburn? It probably means you ate something you disagree with, but it can also signal a lack of blood flow. “Sometimes heartburn symptoms can be caused by blockages of arteries due to cholesterol buildup,” Yang said.

Don’t freak out if you’re 25 and hooked on Tums. Heart disease typically travels with a host of risk factors — high cholesterol, high blood pressure, diabetes, smoking, obesity — and the odds of heartburn being heart-related are much higher if you suffer from these conditions.

That’s not to say young people are immune. “I’ve taken care of 22-year-old patients who have died from massive heart attacks,” Yang said.

A healthy heart needs its nourishment. Yang recommends the Mediterranean diet, which calls for fish and lean meat, whole grains and nuts, and fruits and vegetables. “There is the most scientific evidence that this type of diet promotes the lowest risk of cardiovascular events,” he said.

Still, Yang doesn’t think any foods should be entirely off-limits.

“My view is that if people enjoy eating lean red meat, it’s OK to eat it every once in a while,” he said. “If you put yourself in a situation where you’re very extreme, it’s difficult to maintain that diet over the long-term. But if you tell people that it’s OK to have that chocolate cake, that ice cream, that steak — people are more likely to commit to a sensible diet.”

High cholesterol is linked with heart disease, but it’s tough to link specific food to high cholesterol levels. There’s still debate about the degree to which eggs, for example, affect your readings. “In the past, we would tell patients they could only eat four eggs a week, but now there really is no consensus,” Yang said.

The same goes for sodium. Research tells us that lowering a population’s overall salt intake is a smart public health move, but each person has their own sensitivity as far as blood pressure goes. Talk to your doctor about your levels.

There’s some evidence that dark chocolate offers heart benefits, but doctors aren’t writing prescriptions yet. As for alcohol, a daily drink or two may actually boost cardiovascular health, but anything past that can increase your risk of heart disease.

Looking for a sure-fire way to sidestep most risk factors? Lace up your sneakers.

“The cornerstone of trying to improve your cardiovascular health is to focus on some form of exercise program,” Yang said.

He cited a study that pitted coach potatoes against people who exercised rigorously. The risk of death was a staggering 70-80% lower in the active group.

“There’s no medicine, no pill, no magic bullet that has been able to reduce the risk of cardiovascular mortality to that extent,” Yang said.

Longtime smoker? It’s not a sunk cost. The average smoker loses about a decade of life, but those who kick the habit before age 40 may be able to recoup 9 of those 10 years. If you quit at 30, you can virtually return to nonsmoker status. And no, it’s never too late: stop by 50 and get 6 years back, by 60 and get back 4. Never start, never worry.

Now for some bleak stuff. The heart is unpredictable. You can exercise and eat well and still be dogged by genetics, like a cholesterol defect or abnormal plumbing. Those are rare.

More common: A family history of cardiovascular disease, which means one of your immediate relatives has suffered a premature heart event (before 55 for men and 65 for women). Your distant cousin in Yakima who had a heart attack at 72? Doesn’t count.

Nothing is certain in life, or in love, but you can put the odds in your favor. This isn’t a Valentine’s date you can afford to screw up. You’re stuck with your heart — till death do you part.

This series is a collaboration between The Whole U and UW Medicine. Articles will explore health how-to’s, wellness trends, and specific parts of the body. Got a topic you’d like us to cover? Send an email to Quinn at The Whole U.