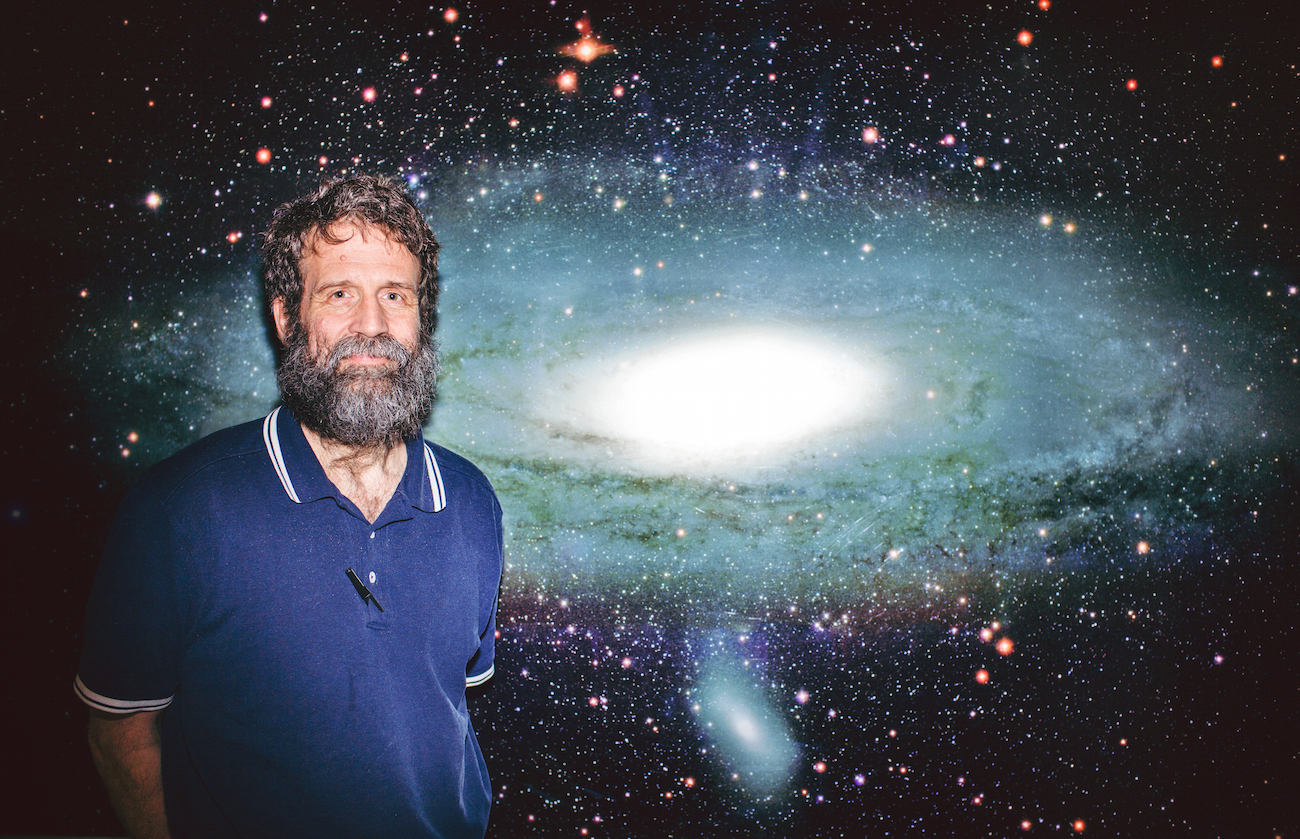 As one of the most cited researchers in his field, UW Astronomy Professor Tom Quinn is featured on the latest Thomson Reuters list of the World’s Most Influential Scientific Minds. We had a special Q&A chat with him for this week’s Faculty Friday.

Do you identify first and foremost as an astrophysicist? Or as a professor?

Well, you say professor of astronomy if you don’t want to sound too imposing. You say astrophysicist if you’re trying to impress people. To be accurate, I do research on the physics of astronomical objects.

Were you into the stars as a kid? Or was it something you developed a love for in college?

Every kid loves the stars and space at some point. I grew up in the ’60s, the Apollo [program] and all that. In high school, I focused on physics proper. During my early years at university, I was thinking about particle physics. I took a couple astronomy courses, and during my senior year I decided that astrophysics was really cool.

Outer space is pretty far away. It’s easier to study it from the comfort of planet earth, using models and simulations. Can you explain, in broad terms, how it’s even possible to model events in such a far off place?

The laws are mathematical, and we can encode the mathematics into computer simulations and apply those simulations to astronomical objects. And thereby make predictions and gain understanding about how those astrophysical objects work.

You run a research group called the N-Body Shop. Let’s say you’re at a fancy dinner party, and Senator Patty Murray walks up to you and says, “Hey, I have about 60 seconds before I’m going to talk to President Obama. If I can understand what the N-Body shop is, I will make sure to secure future funding from him.” What do you say?

Astrophysics in general tries to understand the universe we live in. The N-Body shop is trying to understand how galaxies like our own — the Milky Way — can exist within our understanding of the entire structure of the universe. It’s a very grand goal.

We have remarkable knowledge of the universe as a whole. The question is, out of these large scales, how do comparatively small structures, like our galaxy, form? How do stars like the sun come out of that? What is it about the things we don’t know about — dark matter, dark energy — that drives the formation of stuff that we can see, like stars and galaxies? That is a huge computational challenge, and we are driving some of the largest computations and computing facilities in the country.

How do you respond to a critic who might say, “Outer space is so abstract, why don’t we focus on more pressing problems on earth?”

There are a couple ways to answer that. Let me talk about the less important thing first: The great thing about astronomy is that nobody cares. That is, I can drive large computations and deal with large data sets, and if I get the wrong answer, nobody dies and nobody gets sued. But I can have students learn from those mistakes. I can discover new techniques for large-scale data analysis. We can play to our heart’s content, and learn stuff.

But, the more important reason is that people do care about astronomy. We’re talking about where we came from as a species, as a planet, as a solar system. What are our origins? Where do we fit in a cosmic context? While that’s not particularly practical, I think it’s one of those things that we as human beings want to know about.

Here I am, I got three pounds of mush between my ears, and somehow I’m able to use that mush to understand the universe as a whole, and communicate that wonder to our fellow humans.

What’s an aspect of this field that never ceases to amaze you?

One of the things that always gets me excited is the visual aspect of astronomy — the pictures of galaxies, the simulations that we produce. It’s the richness of the dynamics, the motions and interactions of stars and gasses and stuff like that. It makes for these spectacular images that are just mesmerizing to watch. When you run a new simulation, it’s always, “What will it look like? Are we going to see something new?”

Are there any stubborn myths about space that bother you?

There are always questions that are hard to answer. One of the toughest ones to get people’s minds around is, “Does the universe have an edge? Are we at the center of the universe?” That’s not really a myth, but it’s a picture of the universe that’s very hard to get around, shall we say. We can only see a small piece of the universe, but that doesn’t mean that’s all there is.

Right. That’s been sticking around for a long time (laughs).

Should I quit looking at my horoscope? I’ve been struggling to not say “astrology” instead of “astronomy” throughout this interview.

Horoscopes, I don’t think much of them. It’s a natural human tendency to say, “All that up there, does that affect me at all?” On a daily schedule, the answer is no. But occasionally it does affect us. We probably wouldn’t be here if the dinosaurs weren’t killed off by an asteroid 65 million years ago. And of course we can’t live without the sun. So there is this connection between our lives and what’s out there, in this very broad sense.

But it might not matter where the earth was in relation to the moon when I was born?

As an astrophysicist, are Hollywood space movies amusing, or just totally annoying?

Well, you suspend your knowledge of physics and enjoy the plot. I don’t know if I’ve ever found something “totally annoying.” There are many things about Star Wars that kind of get your goat. You know, sounds in space. When a spaceship explodes, the debris doesn’t continue on the path the spaceship was going. Oh, and of course the really annoying one: Han Solo uses parsecs as a unit of time, rather than distance. They try to talk technical and it comes out nonsense.

Doesn’t bother you, the order in which Yoda speaks?

Do you have a favorite space movie?

That’s all I got. Anything you’d like to add?

A large number of my citations were from work on the Sloan Digital Sky Survey, which in terms of splashiness was not that great. It was this very basic research done over a very long period of time. It produced this survey from which a lot of people could do their science. So there’s a lesson there: science that will ultimately impact our understanding of the universe is a long process that focuses on basic, sometimes not-so-sexy stuff. But in the end it pays off.