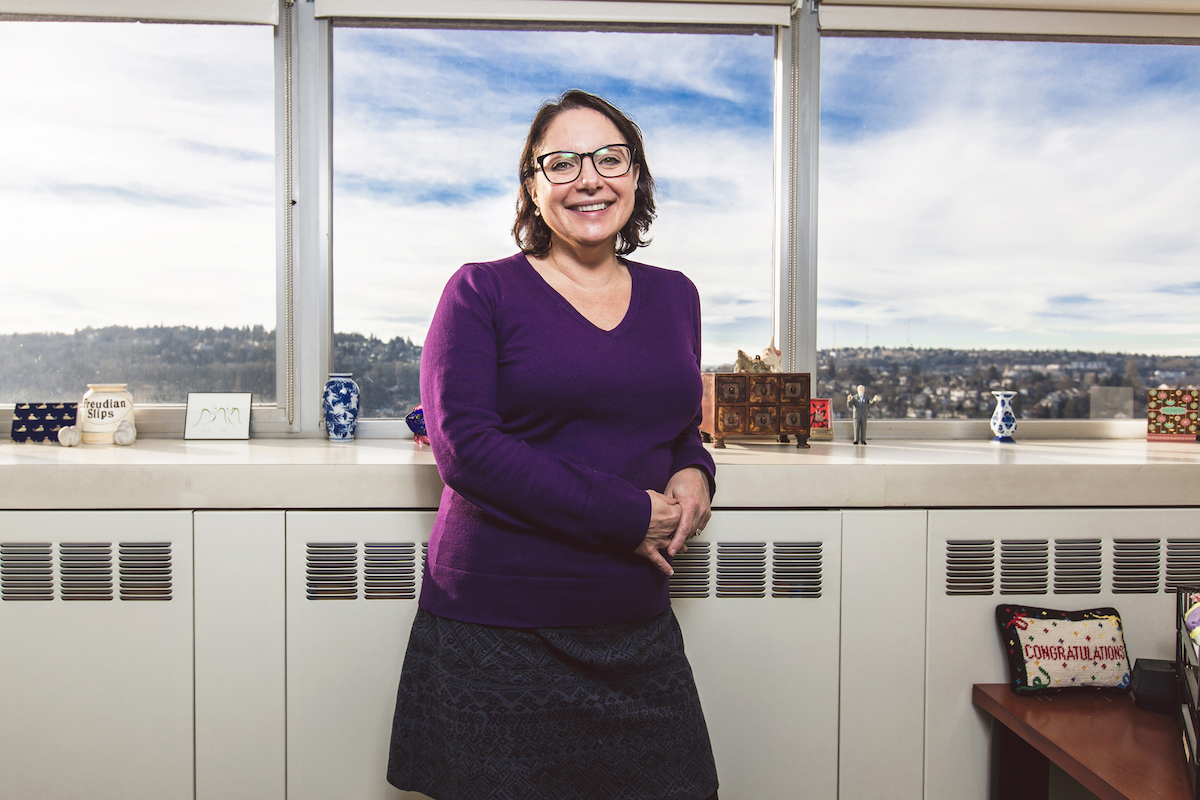 Forget pills — can you take a tablet instead?

As mobile technology expands, so does its potential to transform health care. Your iPad or iPhone can already look up your symptoms, but soon it might be able to treat your problems, too.

At least your mental maladies. Pat Areán, a professor in the Department of Psychiatry and Behavioral Sciences, says mobile apps that resemble video games can improve mood, cognition, and social functioning.

Areán researches the science behind these mobile tools. One of them, called Project: EVO, was built on research by neuroscientist Adam Gazzaley, one of Areán’s former colleagues at the University of California, San Francisco.

Gazzaley, who studies the cognitive abilities of elderly populations, looks at the same areas of the brain that Areán researches for depression. These areas, the prefrontal cortex and the dorsa lateral anterior cingulate, are also associated with ADHD and possibly even bipolar disorder.

In EVO, which is made by the software company Akili, you control a little yellow alien as he floats down a river, swerving left and right to hit targets and dodge fish that leap out of the water. It’s engaging because it looks and feels a like a game, and it’s effective because it’s based on neuroscience and psychology.

“What it’s doing is improving your ability to ignore distracting information,” Areán said as she demonstrated the game on her cell phone.

That’s why it’s effective with people who have ADD.

“We’re always getting cues from the environment — we hear things, we think things, we see things,” she said. “When we need to focus on own homework, our brain can do that. It ignores these distracting cues. This game strengthens your ability to ignore them.”

The river moves faster as you progress through the levels. That’s because the game is adaptive, which means it learns how you learn. In a way, many video games work like this — especially the ones that throw chaotic elements your way and force you to focus on a goal — but not all video games translate to real-world improvements.

When we get better at a task by repeatedly doing that task, it’s likely that we would also improve at similar tasks (if you practice juggling, for example, you might improve at other tasks that involve hand-eye coordination). This is called near transfer.

What we’re hoping for when we play “brain games” is a concept called far transfer, which means that part of our brain improves at unrelated tasks. That means the game has a therapeutic benefit. For a child, the far transfer of practicing EVO might be doing homework better or focusing on a teacher.

Areán’s research has found a remarkable example of far transfer with EVO: When people with depression play the game, their general mood improves.

“With depression, what we think is happening is that it’s training the brain to ignore distracting cues, including negative emotional cues,” Areán said. 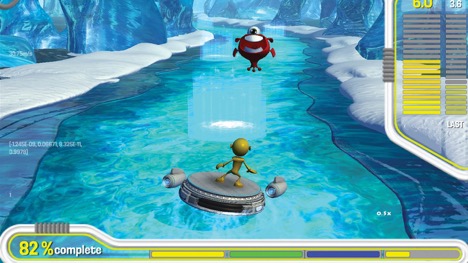 People who are depressed tend to suffer from negativity bias, which means they’re drawn to negative information. For example, if they’re thinking about visiting their family in Colorado, they might be swarmed by bad memories with their siblings, or arguments with their parents. Then they won’t book a ticket.

But Areán says a tool like EVO could train them to focus on the positive aspects, like that cousin you get along with really well, or your niece who you haven’t seen in years. And it might even work quicker than traditional behavioral treatments, which can take up to three months to have an effect.

“We were able to get effects as early as two weeks, with full remission of depression in as little as four weeks,” Areán said.

Full remission — as in no more symptoms. Still, it’s a small sample, so the results are best viewed with caution. EVO is still in trials for depression, and is seeking approval by the FDA for use in ADD patients.

Other tools could help us avoid health troubles in the first place. Areán built an app called iProblemSolve, which lets you create action plans for fitness or health-related goals. Action items automatically download into your phone’s calendar. It’s due out in late 2016.

Nearly two-thirds of Americans have smartphones, and that number continues to climb. Pew Research has found the same groups that often fall through the cracks of the health care system — low-income, low-education, younger adults, non-whites — are commonly “smartphone-dependent,” meaning their phones are the primary way they access the Internet.

Mobile apps like EVO and iProblemSolve are affordable, convenient, and engaging. If they can also prove to be effective, they could change what it means to take your medicine.

Areán has a Ph.D. in psychology from Fairleigh Dickinson University and completed her post doctoral fellowship at UCSF Psychiatry. She came to the UW from University of California, San Francisco in May 2015. Project: EVO is made by the software company Akili.