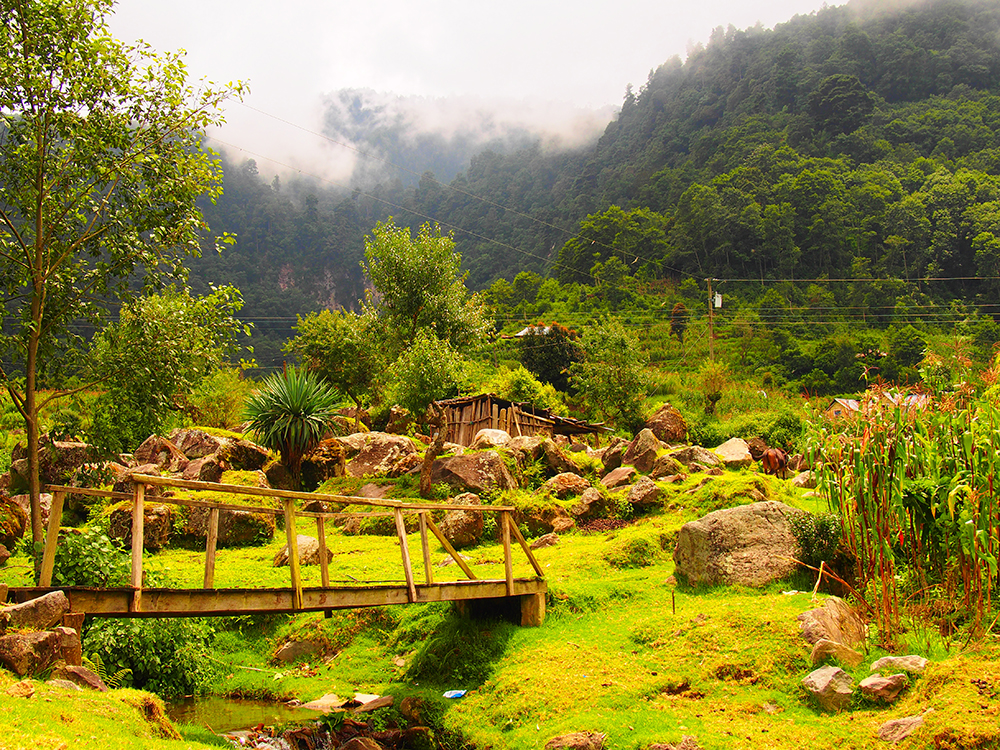 The UW chapter of Engineers Without Borders approaches each new project with a simple question.

“We go to the community and ask what are their greatest needs,” said group president Bryan Bednarski, a junior in the Department of Electrical Engineering.

The answer isn’t always so simple, but the aim is always the same: “We want to improve lives and infrastructure,” Bryan said.

Made up of about 40 students, Engineers Without Borders enables students to apply what they’ve learned to real-life development challenges. They work right here on campus, with projects such as designing a greenhouse and cob oven for the UW Farm. This trains younger students for larger international projects.

Their current project is in La Vega del Volcan, a rural mountain town in Guatemala. The group made a five-year commitment to work there collaboratively.

“The original project was the fish hatchery,” Bryan said. “About a third of the community are members of the trout collective. We came to increase efficiency and yield.”

The ability to raise fish is critical: about 65% of this remote community’s food is produced locally. They revamped the hatchery so that the water was distributed evenly for the incubation system. The hatchery went from producing less than 2,000 eggs per year to 25,000. 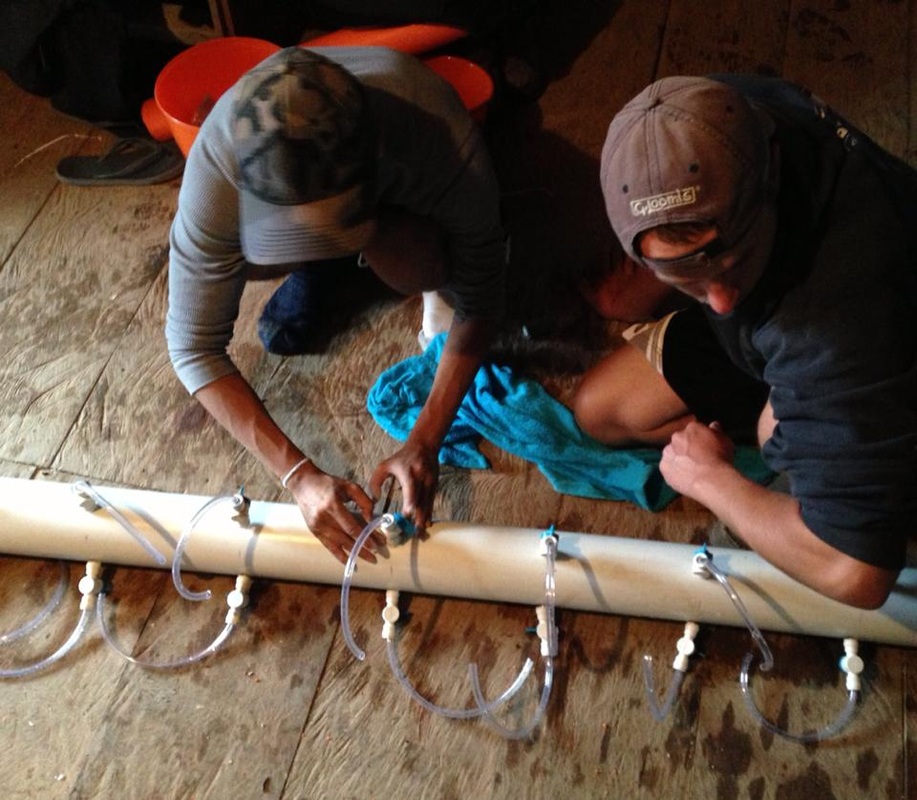 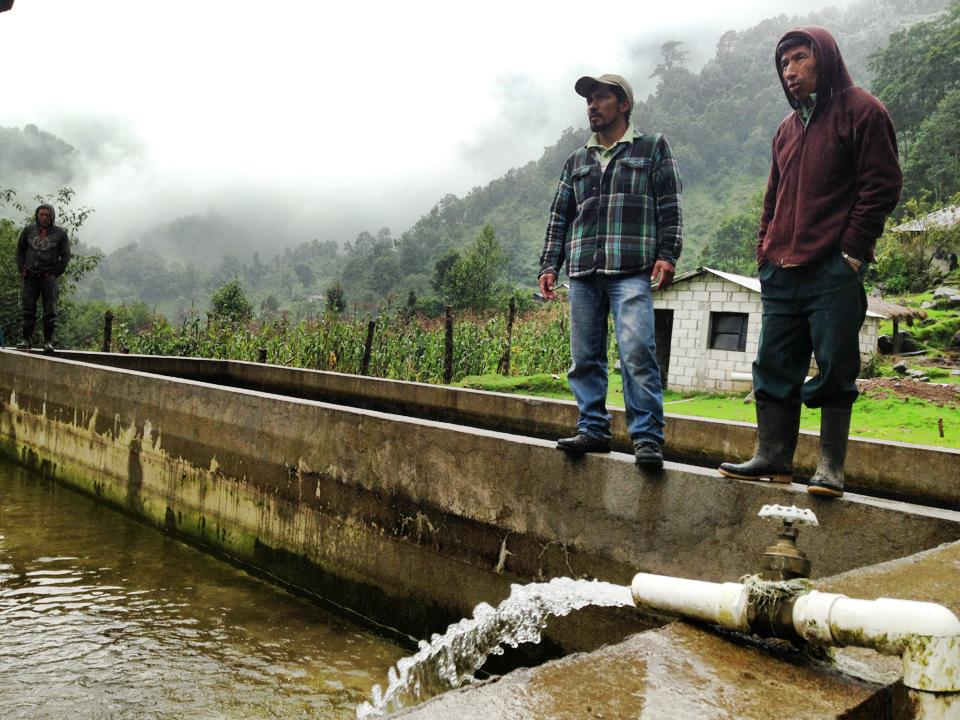 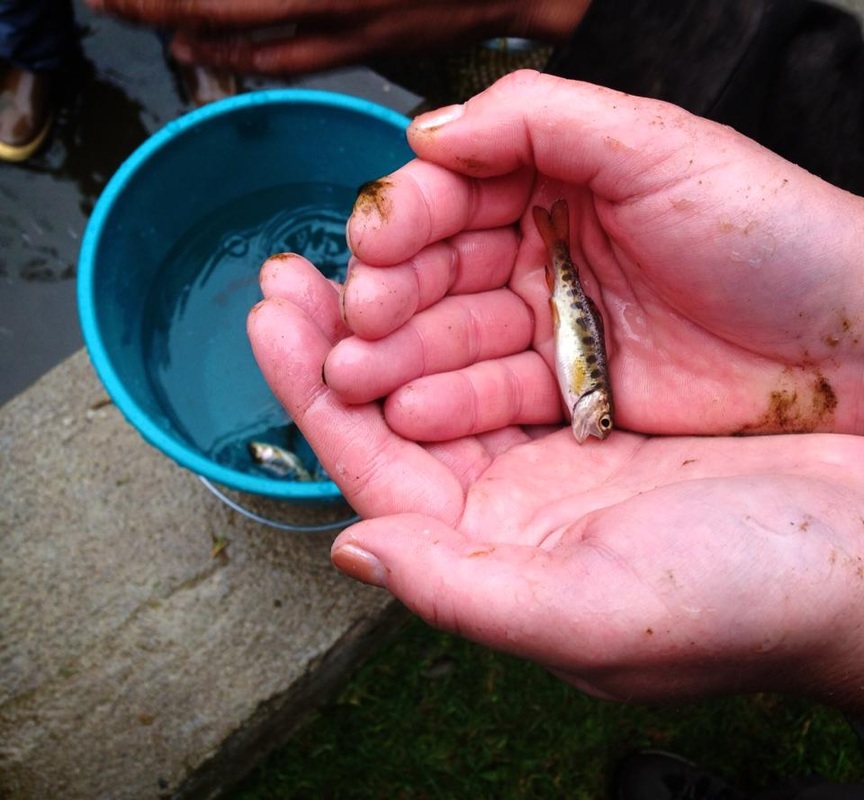 Now they’ve taken on an even larger project: a gathering space for the 750 residents of the town. The community identified this as something they needed because they had no formal play space for the town’s 350 children or a market space for regional vendors. The hope is that this multi-use space will become a hub for the entire town.

They didn’t just ask for a community center. The town was required to donate 10% of the cost of the project in either cash or volunteer hours. At an overall cost of $40,000, the contribution was significant.

“They did heavy duty work,” said Daniel Hernandez, a graduate student in the School of Aquatic and Fishery Sciences and the group’s translator. “We removed about four dump trucks of clay soil with no power tools in high altitude. They took time away from their farms and families to do this.” 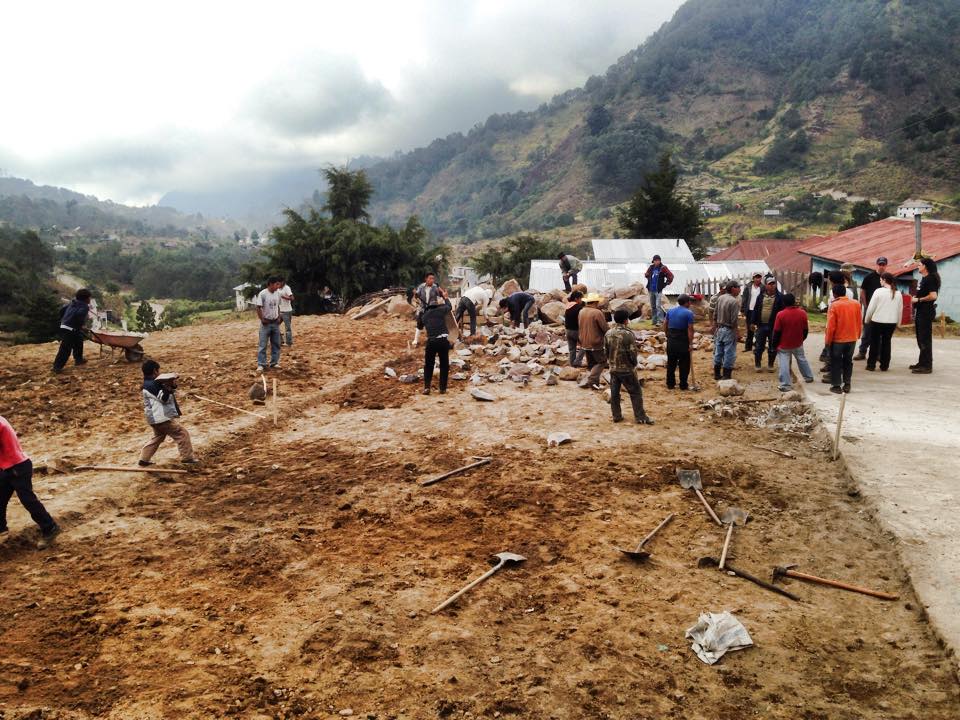 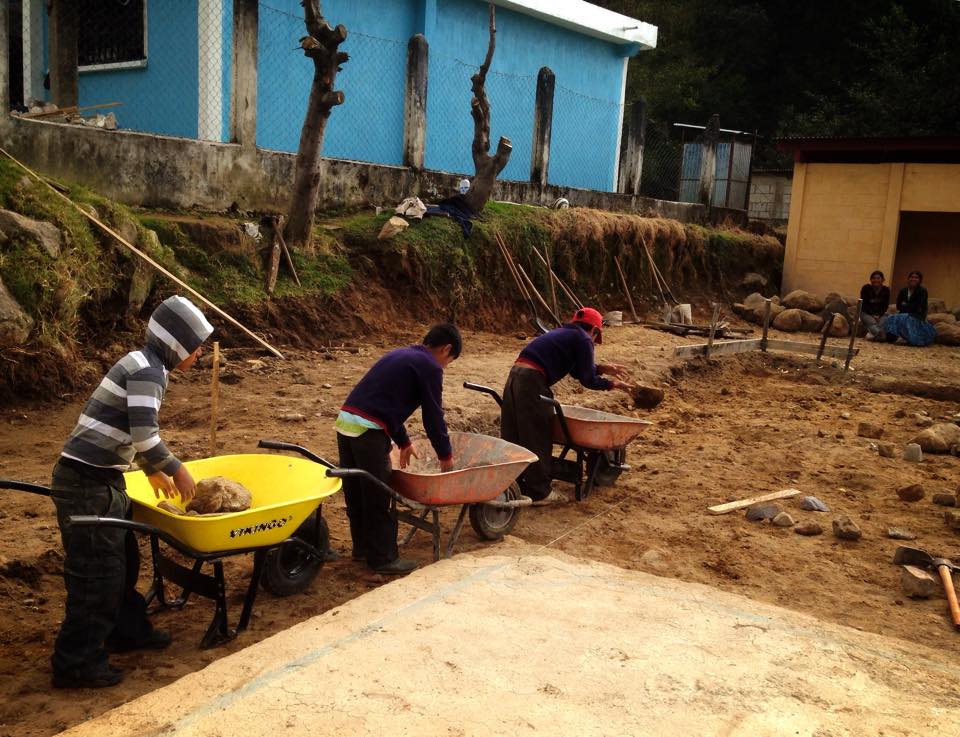 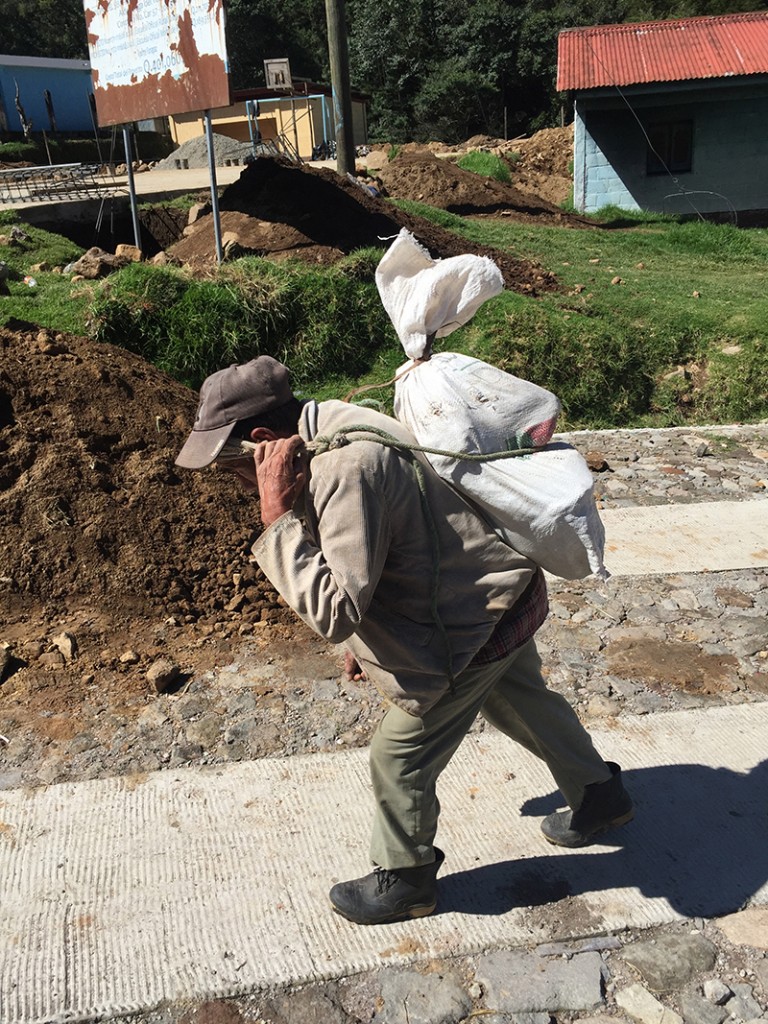 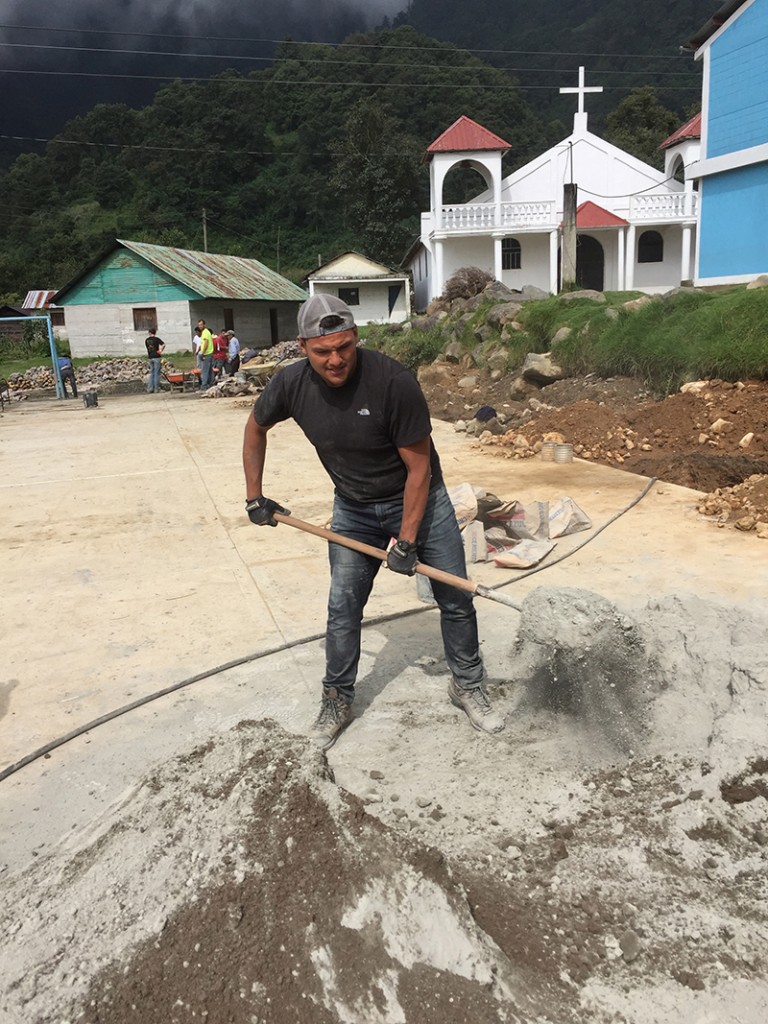 They successfully laid a foundation for the play field last January. Now their goal is to add concrete bleachers and a metal roof to offer protection from the frequent rain. Five members of Engineers Without Boarders with travel back to La Vega this January to continue the project.

Bryan said the most rewarding part of their last trip to La Vega was building mutual trust, because the community had previously had negative experiences with international mining companies. “We had to work to show that what we were saying was what we believed. It was a learning process and a lot of time it was us working together.” 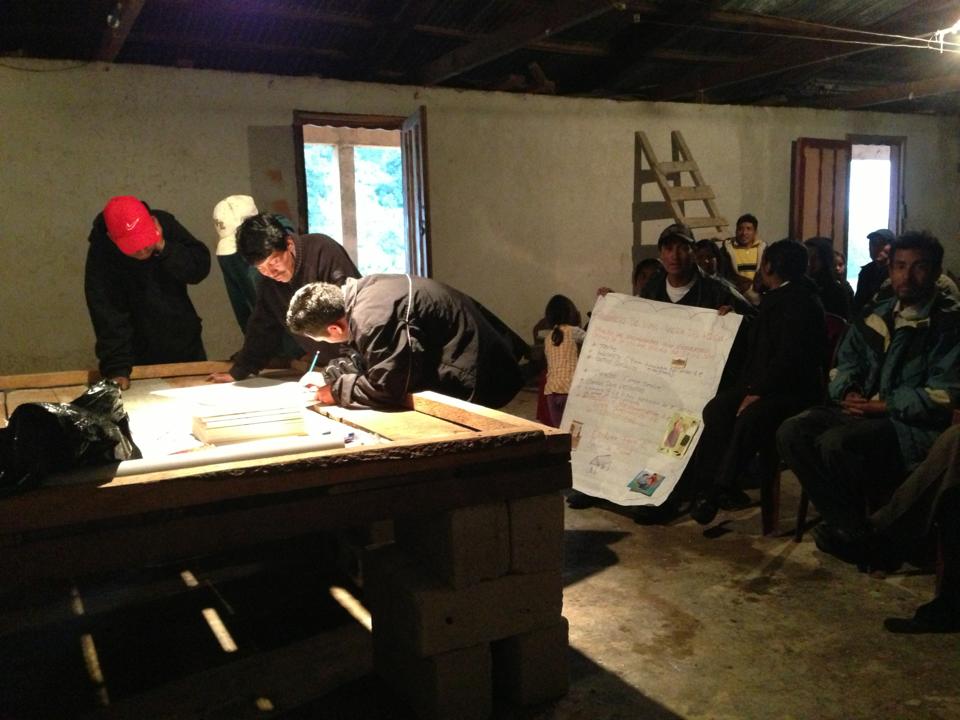 For Daniel, it was seeing how their work has led to other positive changes. “Aside from the interaction [with locals], which is quite an experience for those of us living in the developed world, our project has brought light to this community. They’ve started investing money on the roads. The municipality is doing more.”

If you’d like to get involved, contact Daniel at dh38@uw.edu or Technical Lead Marissa Karpack at mnk5@u.washington.edu for more information. They also let me know that Engineers Without Borders is currently seeking a new Civil Engineering faculty advisor. 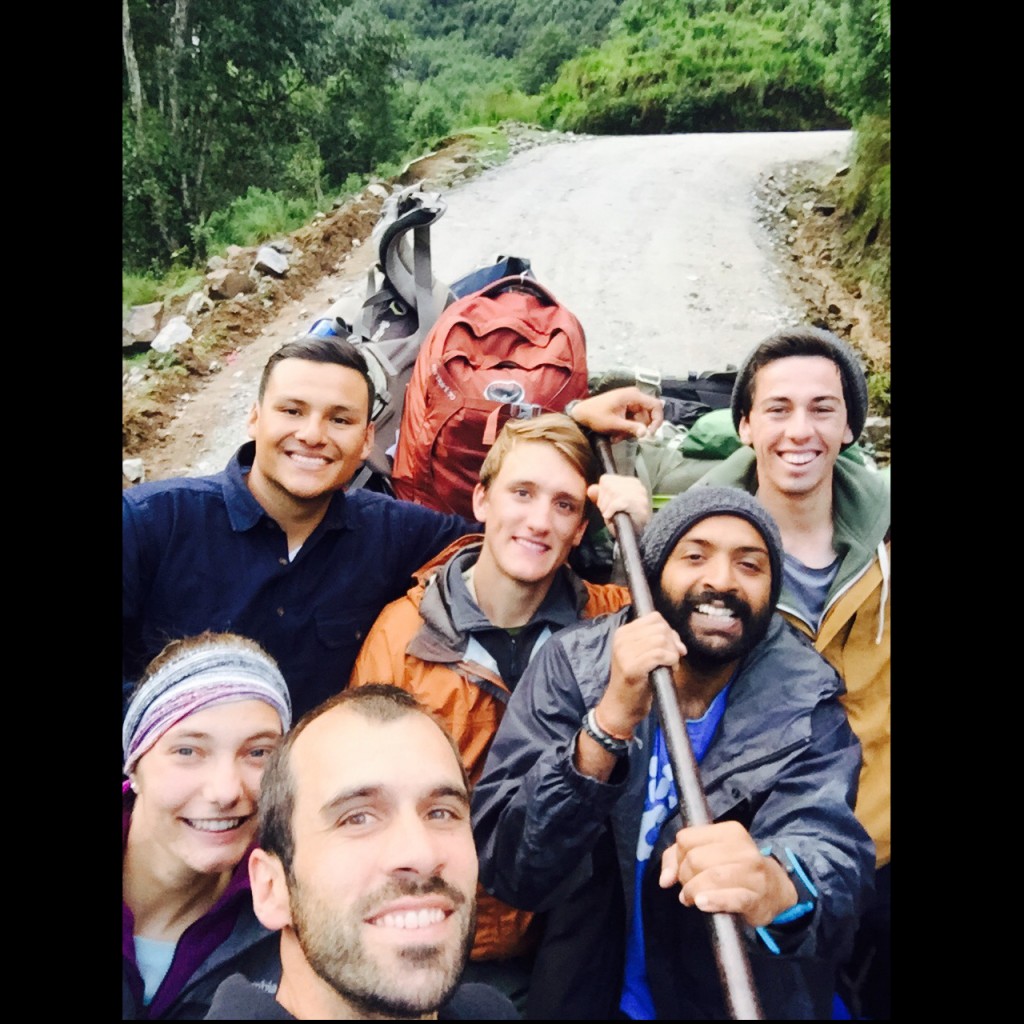 You can donate through the Combined Fund Drive with charity code 1479079 so that more students can work on this project. Esther Chang, a junior in Civil Engineering and the group’s publicity director, explained that grant money can only pay for building materials. The group pays must cover travel expenses, so your donations would enable more students to volunteer.