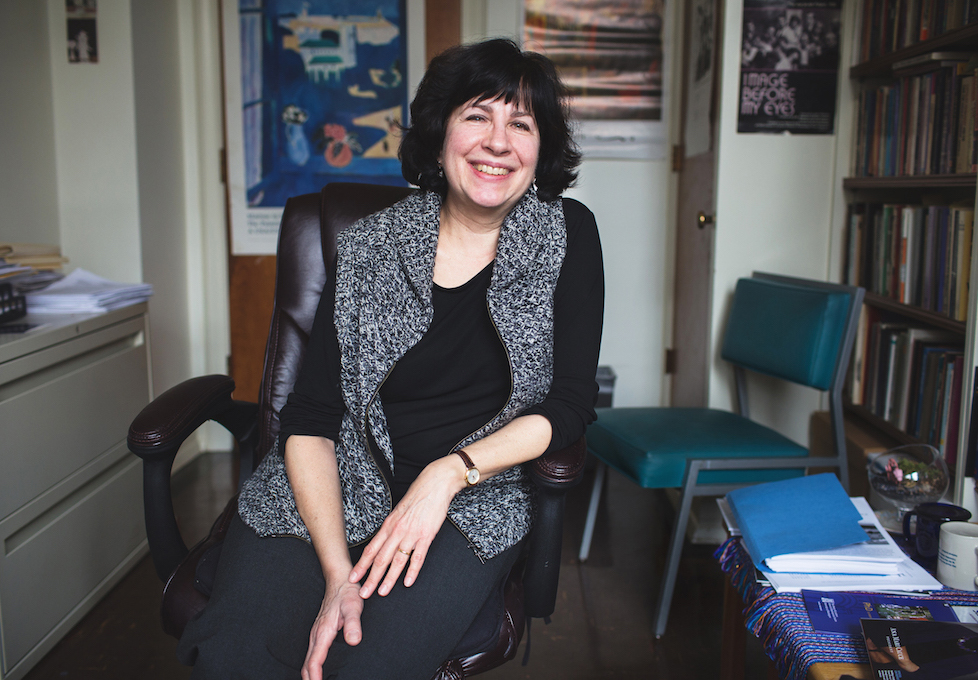 The first time Kathie Friedman taught a class about immigration, in 1991, she assigned her students to write a fictional story for their final project. None of them were immigrants, or even knew any immigrants, so they were tasked with estimating what the newcomer experience might be like.

“I said, ‘It’s gotta be feasible, you need to do research. But you can create your characters,'” Friedman, an associate professor in the Jackson School, recalled.

Two and a half decades later, Friedman’s students don’t have to make anything up. Many of them are immigrants or the children of immigrants, and the rest can easily access nonnative narratives through classmates, friends, and local organizations.

Friedman is grading final essays this week, after a fall quarter filled with big immigration headlines both locally and around the globe. The biggest story: a civil war that has expelled four million Syrian refugees from their country, more than half of whom are younger than 18 years old.

The R-word is a loaded term these days. Politicians are careful to distinguish refugees from people moving for economic reasons, and polls show growing concern about whether Muslim migrants could pose a threat to the countries that accept them — a panic that presidential candidate Donald Trump, among others, has tapped into.

“The climate is changing, and I think it has a lot to do with him,” Friedman said of Trump. “But he couldn’t do it just with a very loud voice — it’s the campaign. People are trying to outdo each other when it comes to looking strong on national security and border issues.”

Legal immigrants can enter the U.S. through employment-related visas, the family reunification program, or a green card lottery. Refugees are their own category, defined as persecuted populations who enter other countries for humanitarian reasons.

To qualify as a refugee, as outlined by the United Nations, you have to face persecution on the grounds of religion, race, politics, nationality, or membership in a social group.

Refugees are supposed to be, as Friedman put it, “the people who are the most vulnerable.” But it can be tricky. If your house is inadvertently blown up during a civil war scuffle, you might instantly become a forced migrant, but you’re not necessarily a refugee.

“Fleeing a conflict doesn’t necessarily mean you or your family are individually persecuted,” Friedman said. 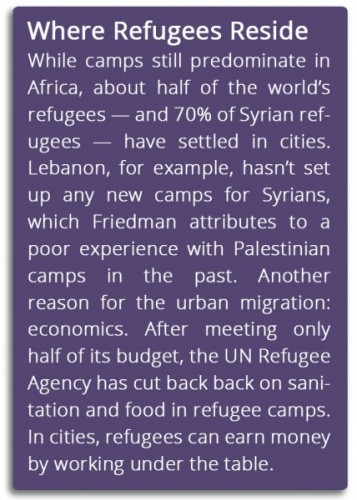 But different countries interpret the law in different ways. An example: Kenya, home to the largest refugee camps in the world, accepts anyone who is from war-torn Somalia.

There’s also disagreement between the different levels of the U.S. government. After President Barack Obama announced plans to resettle 10,000 Syrian refugees in America, over half of the nation’s governors vowed to prevent these new migrants from entering their states (Gov. Jay Inslee has pledged that Washington will continue to accept refugees from Syria).

The states have long stood up to the federal government over the right to regulate immigration, but Friedman said quarreling over refugees is new. “It’s hard for me to get my head around,” she said, since refugees are the most vetted group of individuals who enter the country. The New York Times counted 20 steps in the process, and Friedman found many more when she broke down the process with her class.

Refugee resettlement in the U.S. has been widely seen as successful in the past. Over a million Southeast Asian refugees came to America in the Vietnam War era, despite national security concerns about communism.

“They were processed and screened really, really fast,” Friedman said. “North Vietnam was our enemy, but how can the U.S. tell the difference between what a North Vietnamese and a South Vietnamese looks like?”

Perhaps 9/11 left a lasting mark on people’s minds about Islam, she said. After all, it caused a complete halt in the U.S.’s refugee resettlement program, and when the program resumed it had new screening profiles for people from the Middle East. But in time, these fears seemed to wane. The attacks in Paris and San Bernardino have dredged them back to light.

The Syrian Civil War aside, there are millions of other refugees seeking a permanent home around the world —  from places like Nigeria, Ukraine, Burma, and Palestine. To stay involved with this ongoing crisis outside of the classroom, Friedman encourages her students to volunteer for local refugee organizations or write to their elected officials (that’s what she did, and she received a letter back from Sen. Maria Cantwell).

And in the meantime, Friedman suggested, we should all do our best to approach the plight of refugees with respect.

“Stop talking about ‘swarms’ and ‘floods’ and ‘tides’ and ‘waves,'” she said, referring to the way politicians and the media have at times dehumanized those migrating in great numbers. “Refugees need to be represented as persons, as human beings, with human faces.”

This is a really good article. I never dream that I will one day become a refugee. But, I am here as a refugee. It is not a dream. If I have to be a refugee in a new country, I would at least want to become a double blessing to my new country. Actually, I could not appreciate enough every single cent and second spent to bring me here. My gratitude and respect go to all the people who have been working very hard to build this country strong where they can accept me in times of need. I wish all the best to this nation!