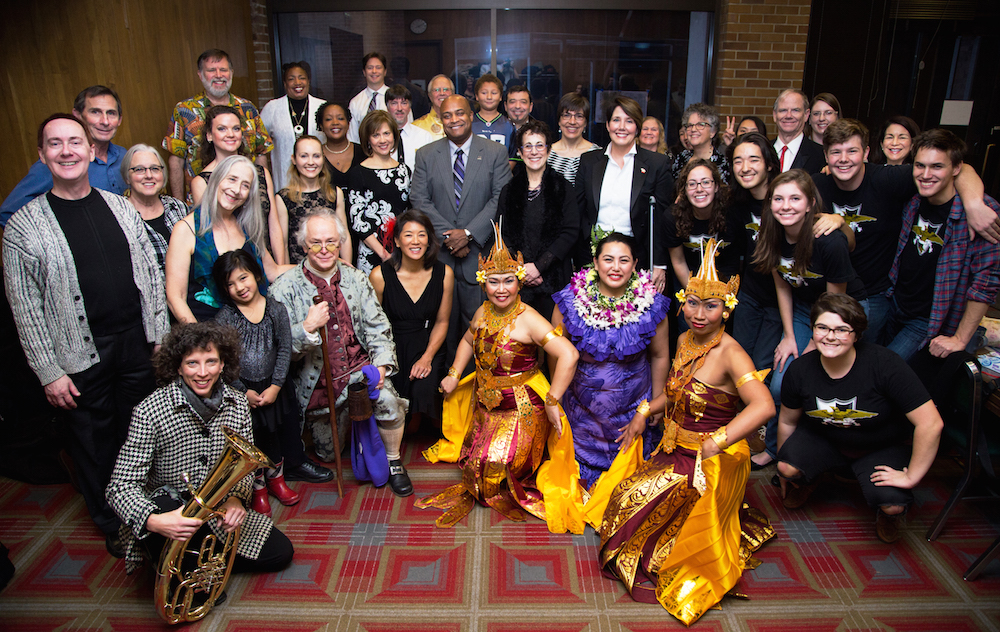 On a Sunday afternoon in November, the UW community gathered at Meany Hall for Ovations!, our second annual UW faculty, staff and, student showcase. As soon as the doors opened, the audience rushed in to secure the best seats in the house. The lobby was filled with the work of faculty and staff artists, including chocolate sculptures, oil paintings, and quilts. Tara Brown was set up in the lobby photographing attendees on the purple carpet. Other guests mingled with coworkers and enjoyed the talents of the many artists. 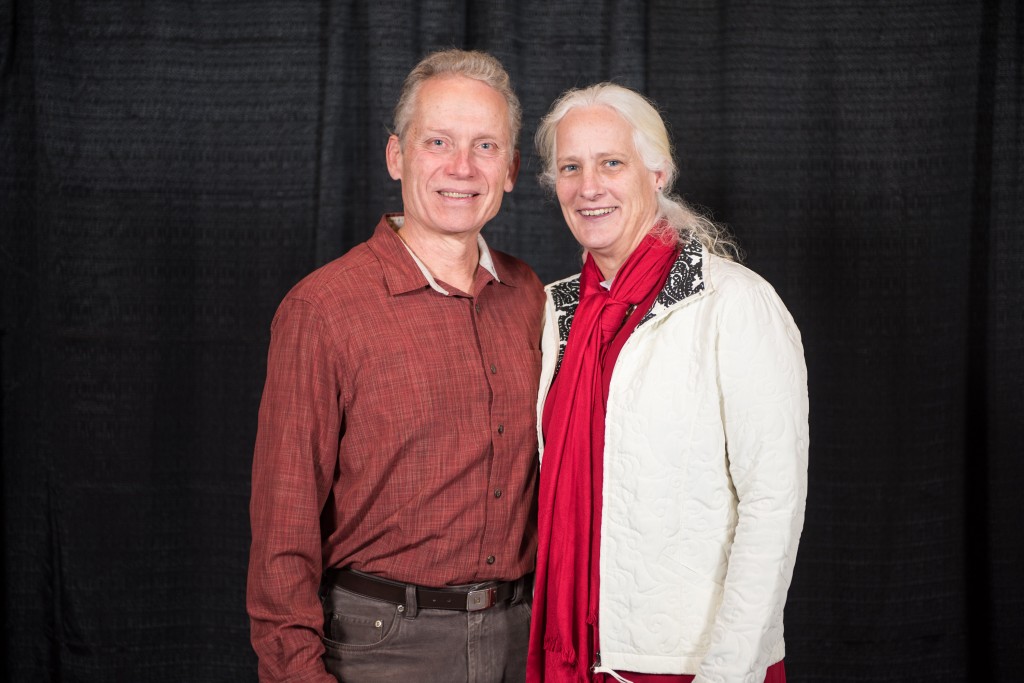 Celese Spencer, a staff member in the Department of Biology, said she and her husband decided to attend Ovations again this year after enjoying the “impressive performance” last year. It was also a fun way to celebrate her husband’s birthday, which was that day. 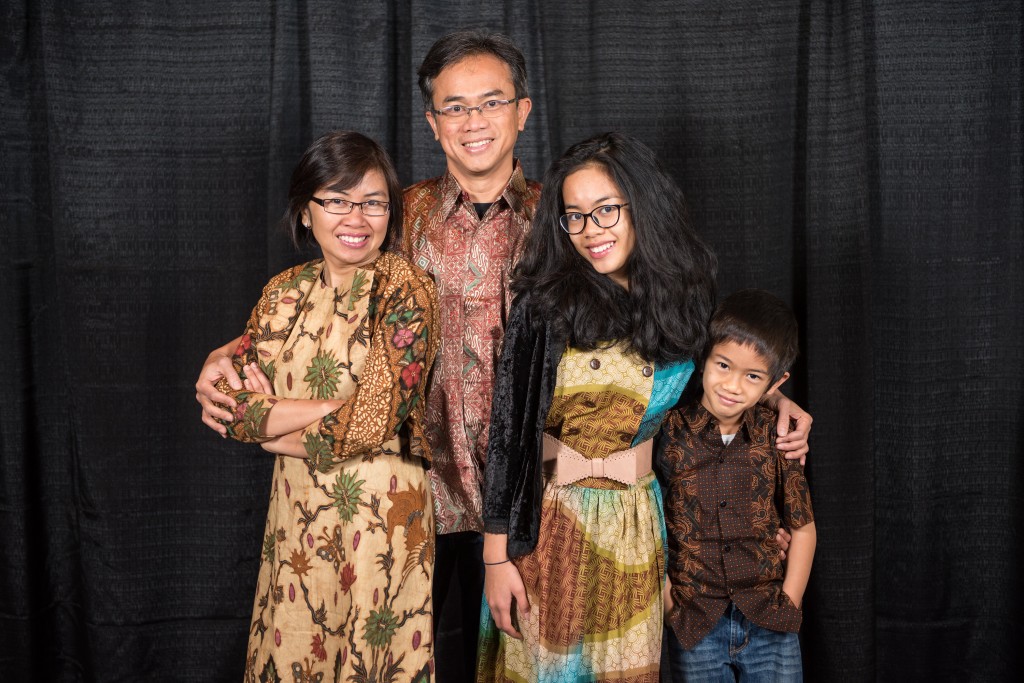 Andy Omara, who is studying to get his Ph.D. from the UW School of Law, brought his entire family and enjoyed getting a family portrait taken on the purple carpet before the show. 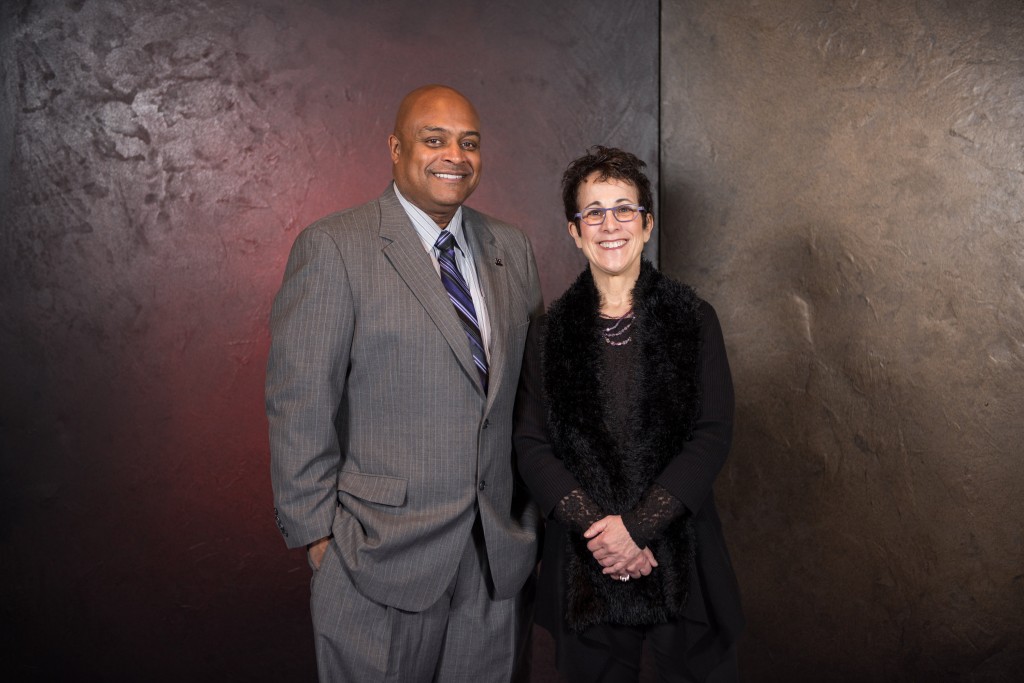 Soon, the lights in the lobby flickered, indicating it was time to find seats for an afternoon of entertainment. As the house lights dimmed, the audience eagerly waited for their colleagues, friends, and loved ones to take the stage. Mindy Kornberg, vice president for Human Resources, and Denzil Suite, vice president for Student Life, served as the afternoon’s hosts and welcomed the audience. If you weren’t able to be in attendance, you can see for yourself:

The first act of the afternoon was the M9, a 10-piece band that set the tone for the rest of the show with their upbeat Balkan folk music. Soon after, we were transported back in time as Benjamin Franklin (aka GregRobin Smith) encouraged the audience to “be boundless.” Balinese dancers, opera singers, a violinist, pianist, poet, and accordion player took the stage before the first act came to a close. There was something for everyone to enjoy! 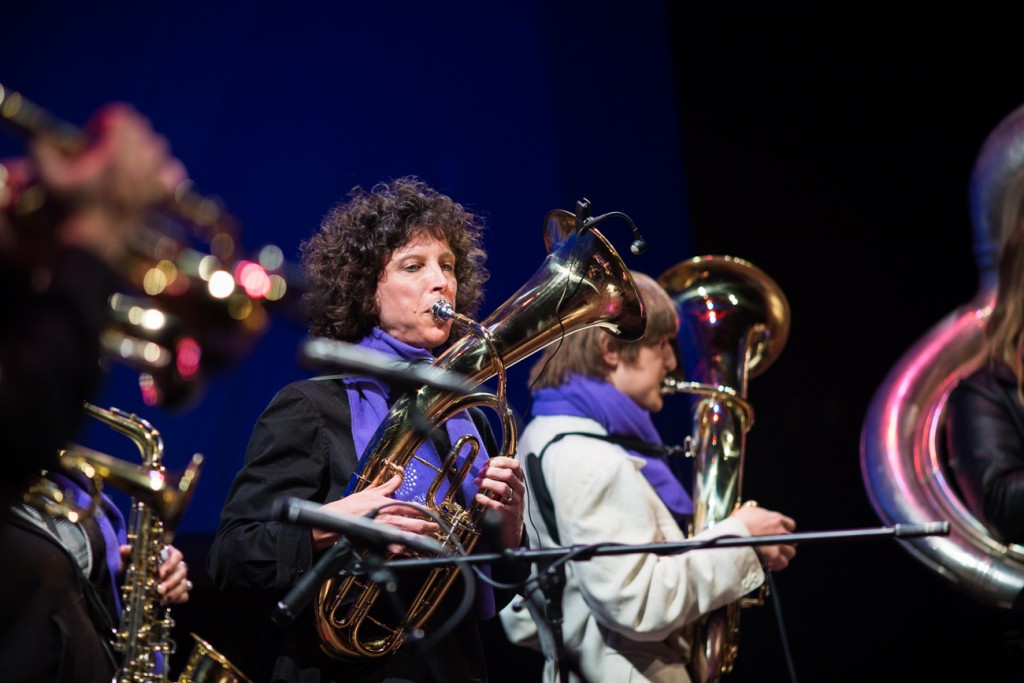 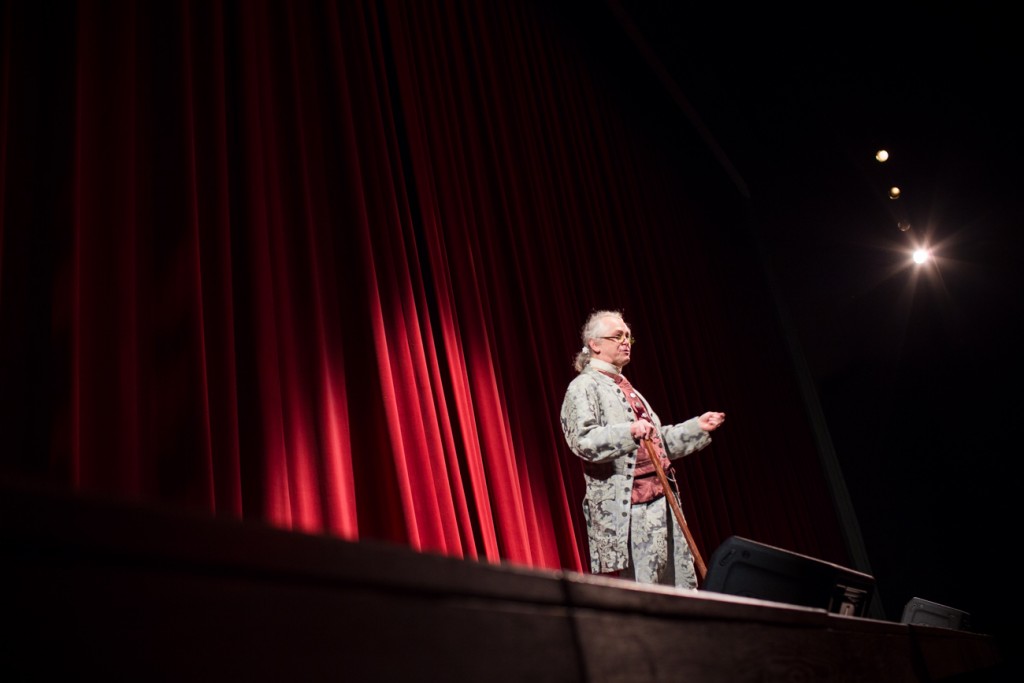 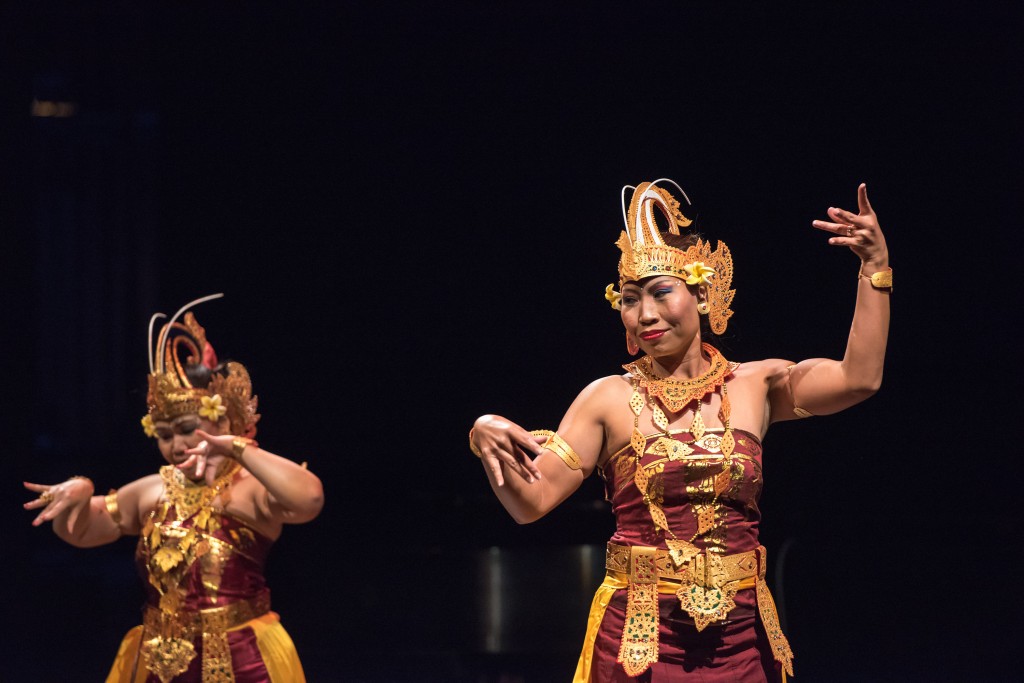 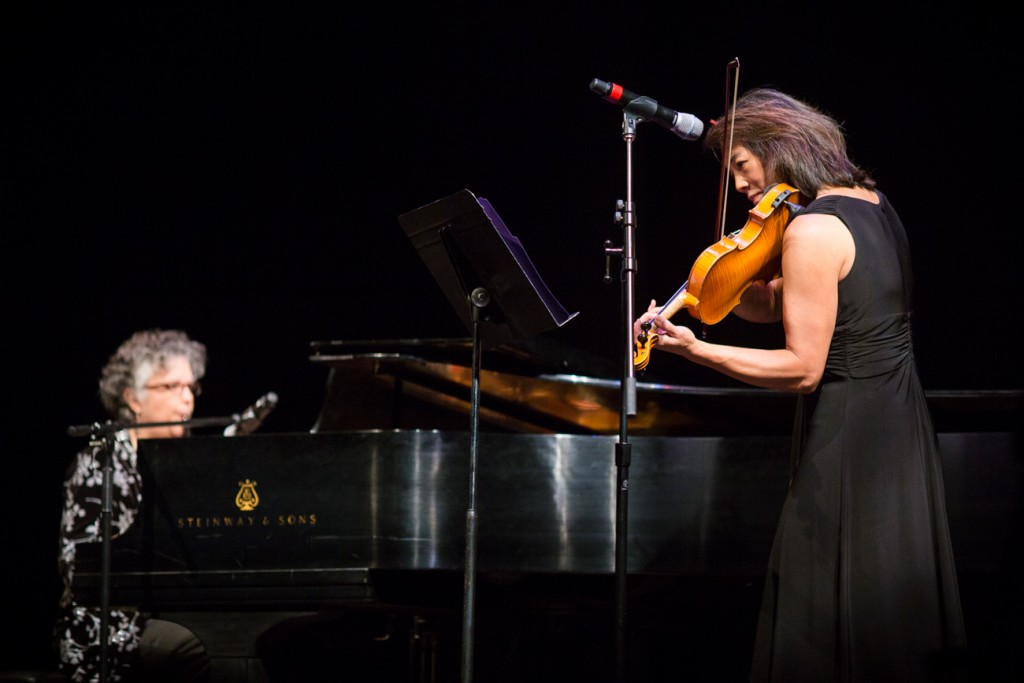 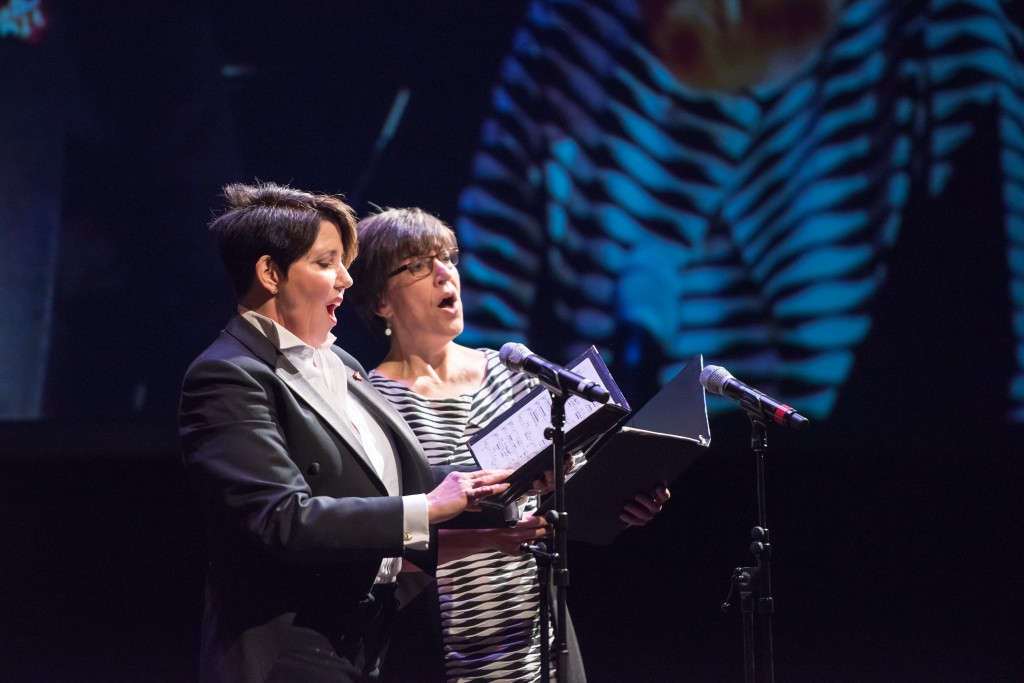 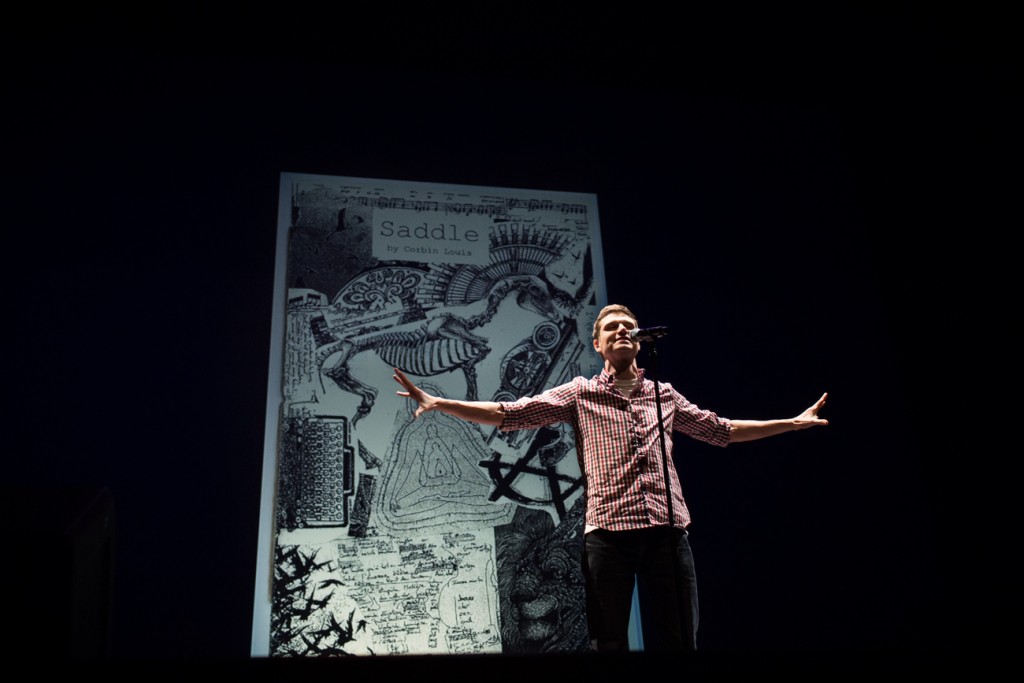 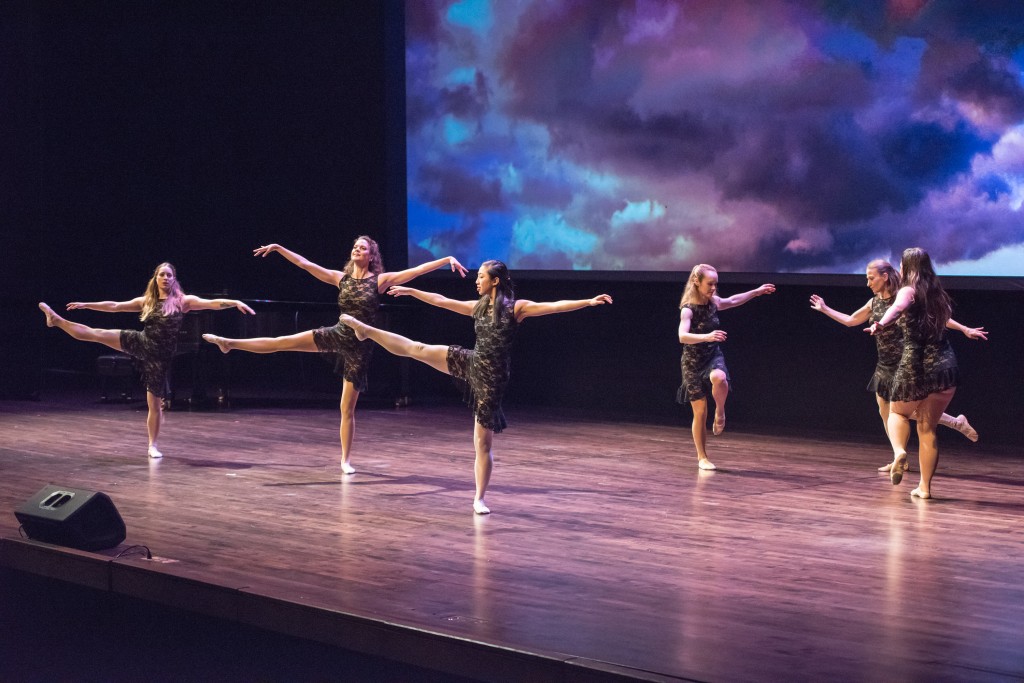 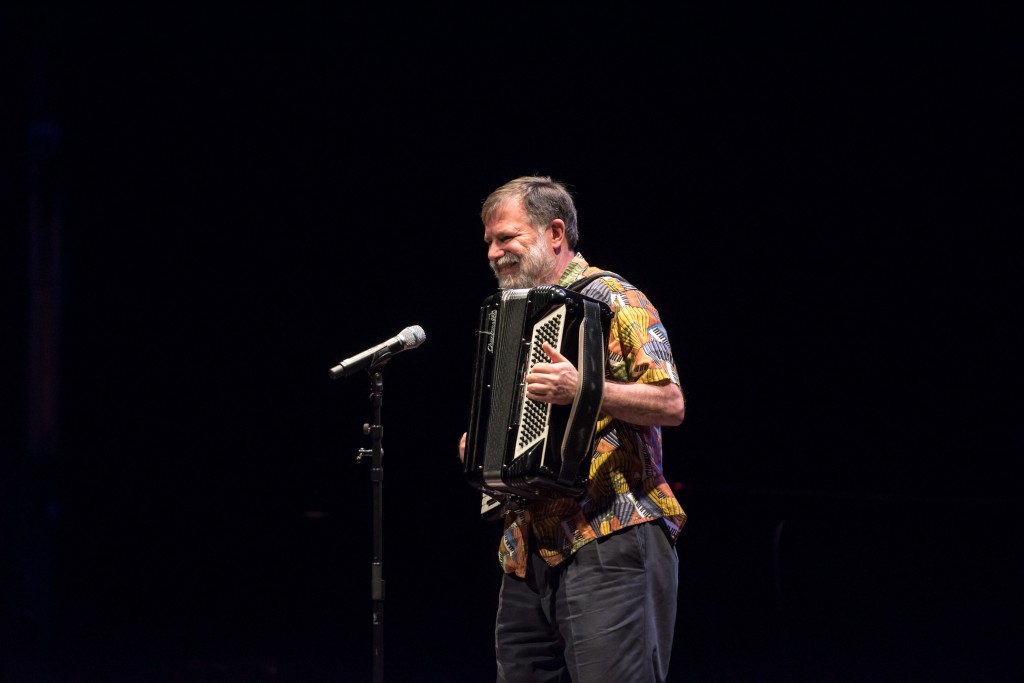 The audience filed into the lobby for intermission and enjoyed the Libraries’ Choir performance of classic carols. People loved perusing the different works of art and asking questions of the artists. I spoke with Liz Biegle Bryant, from Bioethics and Humanities, who is a colorblind artist. She showed me her drawings and oil paintings on display in the lobby. She’s a frequenter of Whole U events and was thrilled when she heard she could show her work at Ovations.

Glancing at the program, I was excited to see what the second act had in store. Jim Earnshaw, the magician who made the banana disappear last year, started off the second act with “Beer B Gone,” wowing the audience with a disappearing beverage and hilarious commentary. Echo Texture was up next, performing an original rock song. After that, we saw a modern dance routine, heard a lovely song on a Chinese instrument called the Guzheng, tapped our feet to a vintage country duet, witnessed the RadOnc Beamers choir perform their debut, enjoyed a recitation of An Awesome Book of Love, and were inspired by “aloha” during a hula dance. The last act to take the stage was UW’s student improv group, the Collective. They performed a form of tap out comedy and had the audience laughing along with their hilarious on-stage antics. What a great way to end the show! 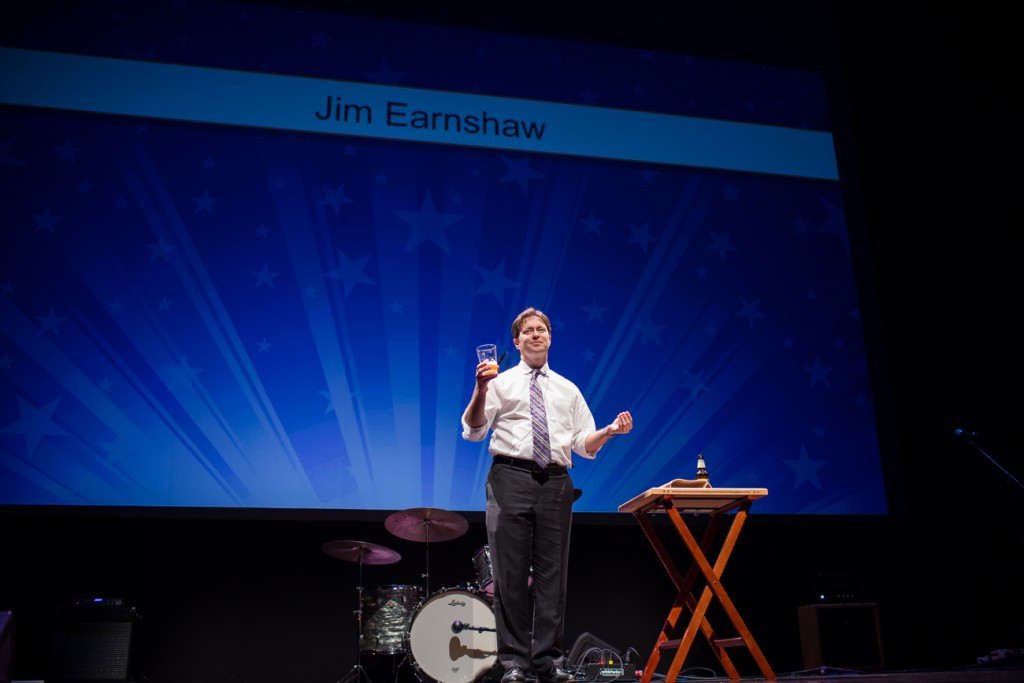 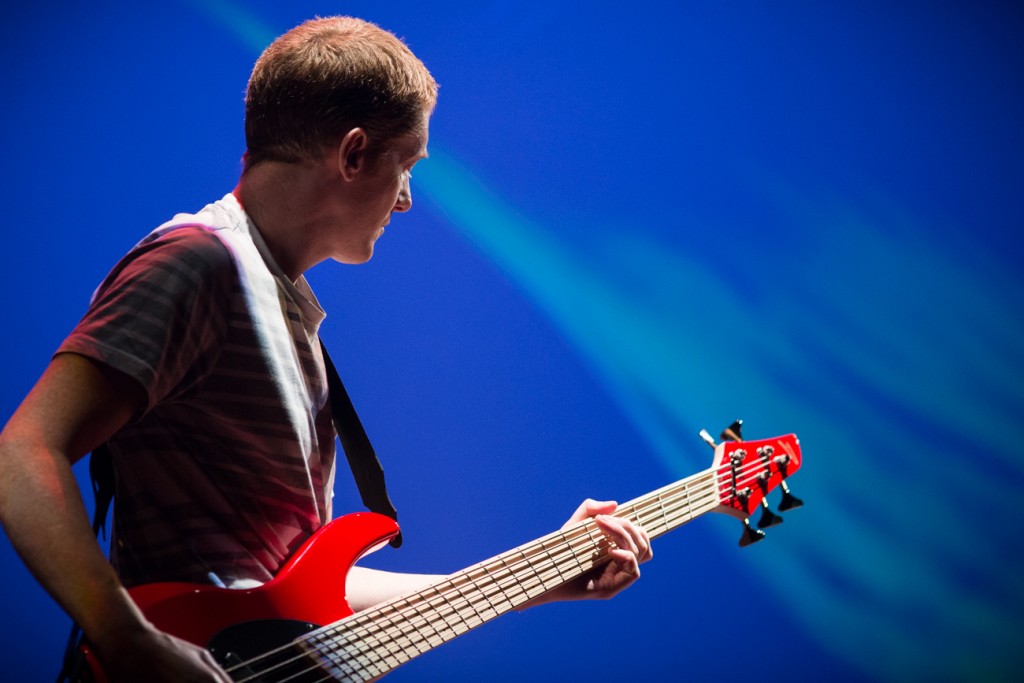 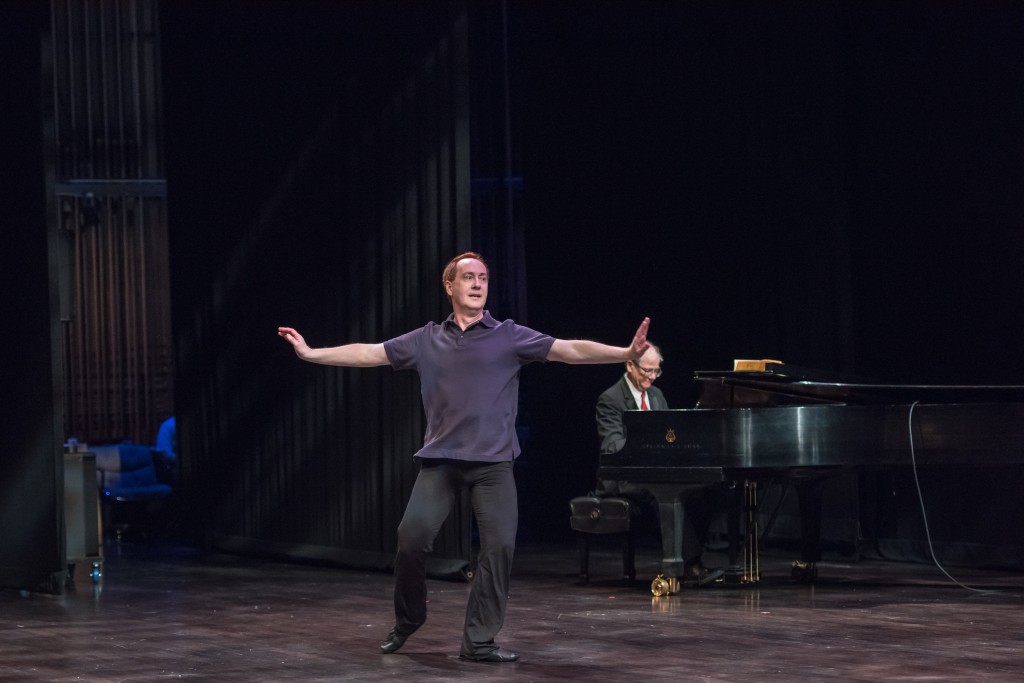 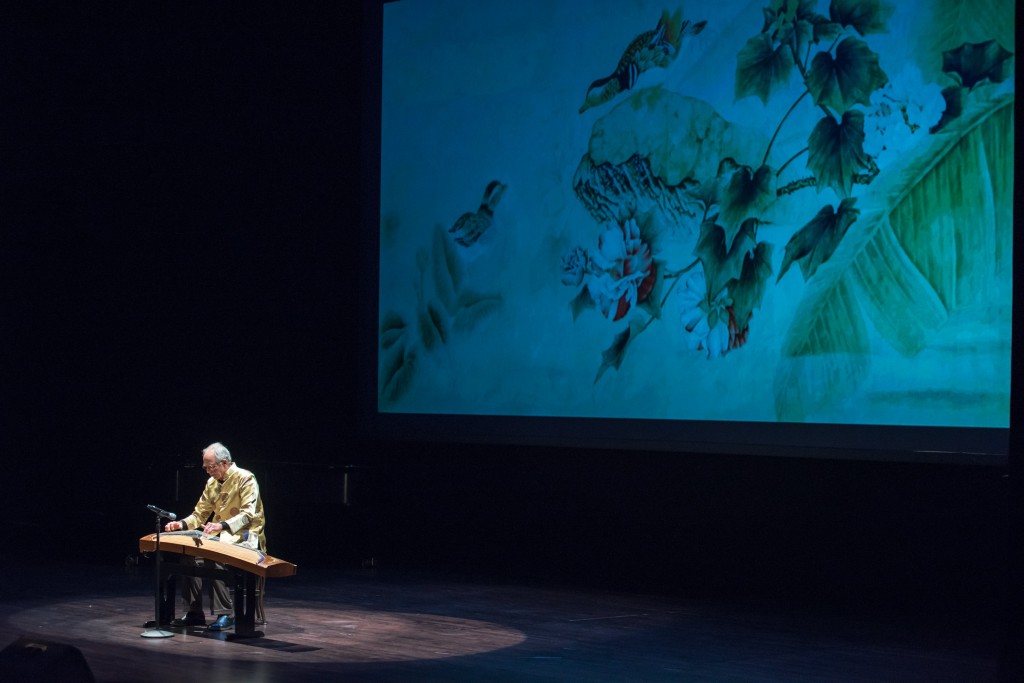 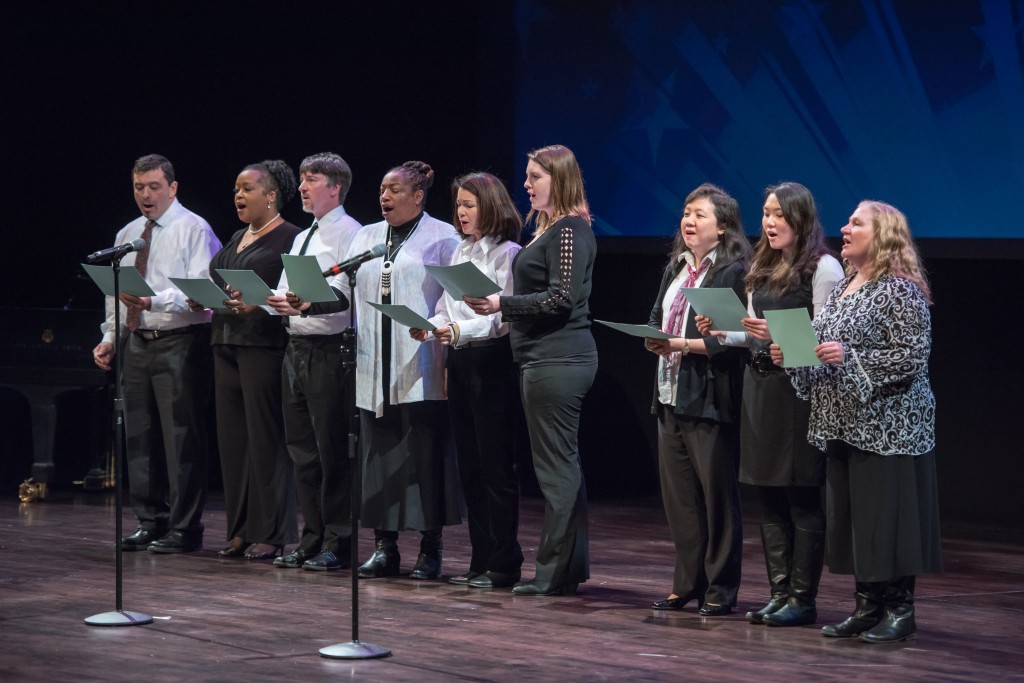 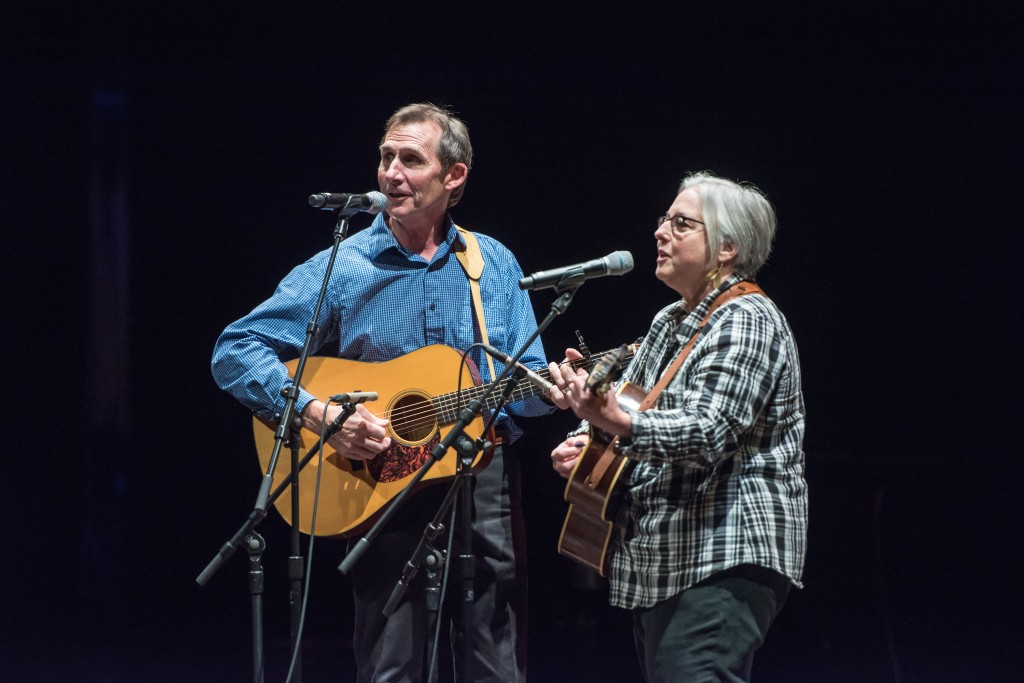 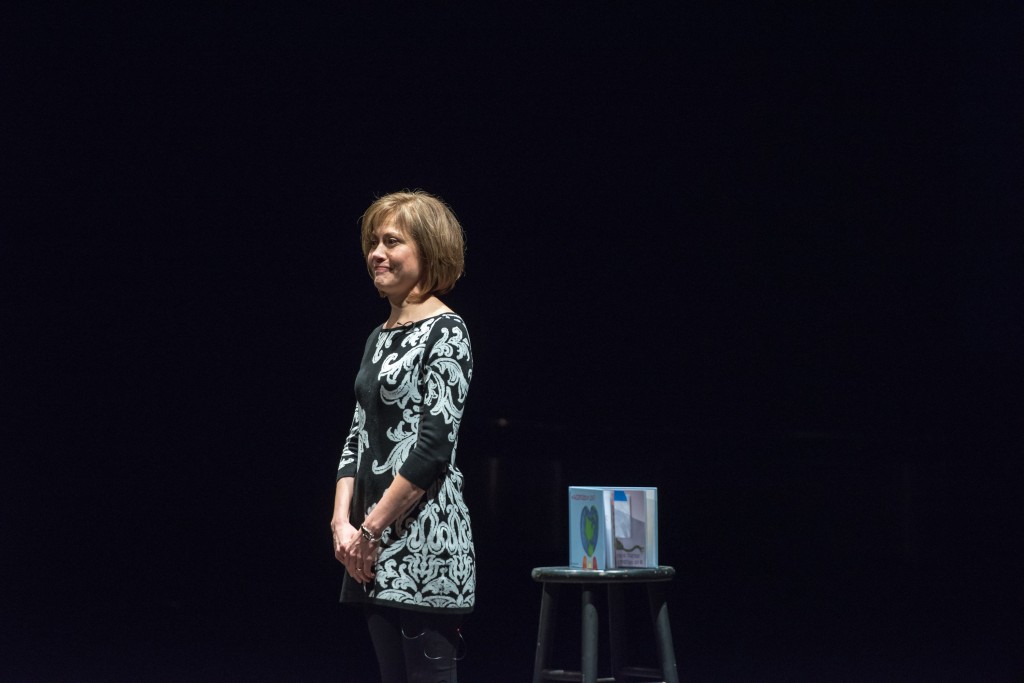 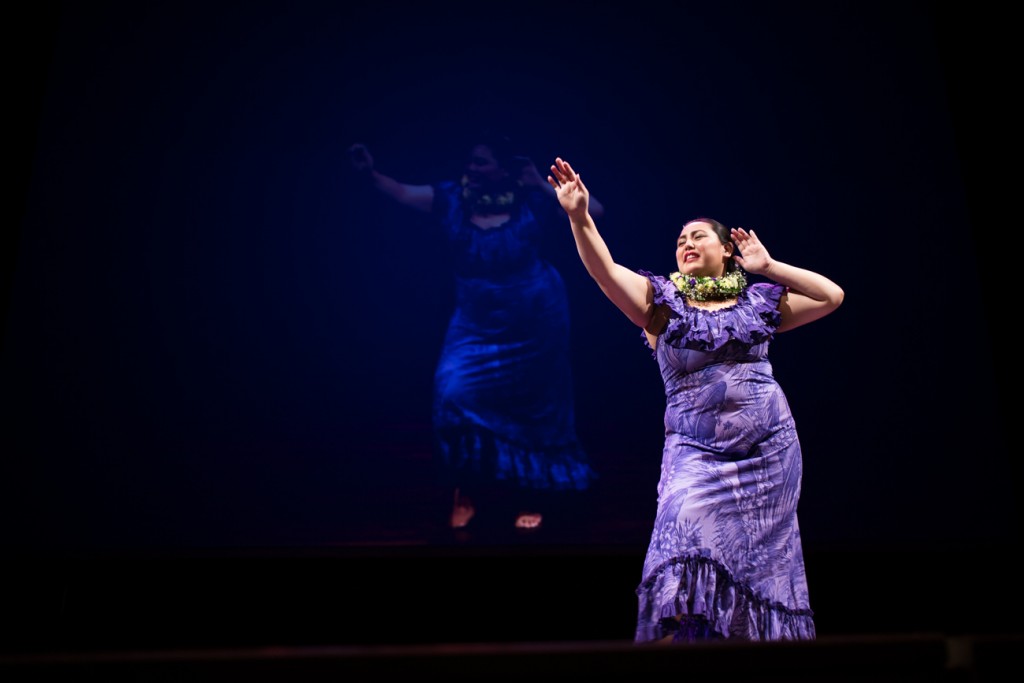 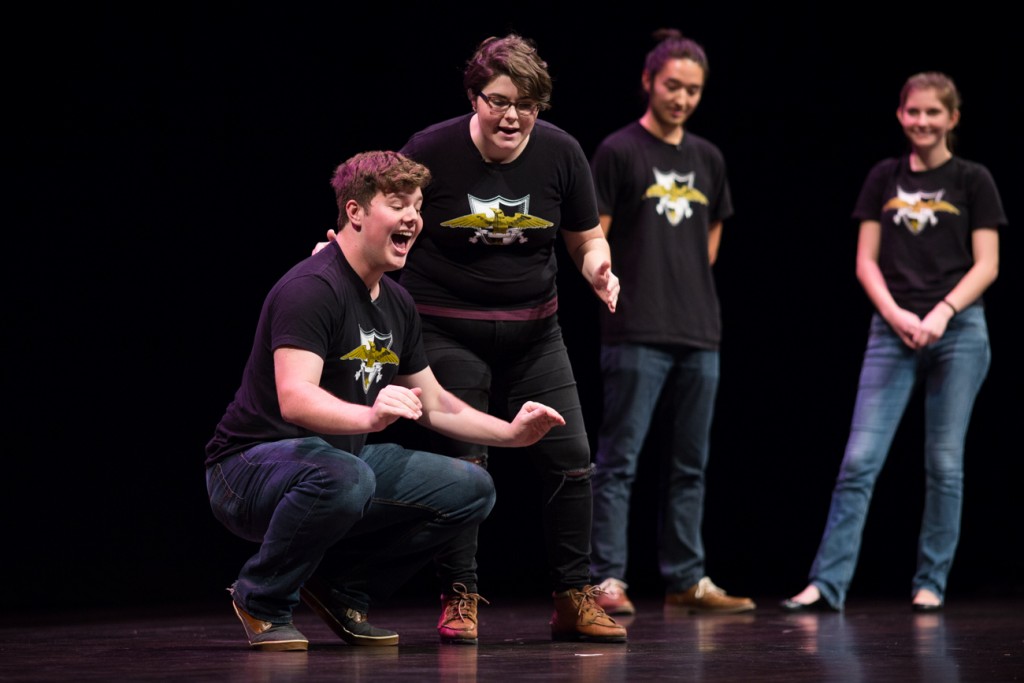 As the curtains closed, Mindy and Denzil came back on stage and invited all performers to bow and dance to “Celebration.” As I exited the theater, I was happy to see that the show wasn’t over yet! Bay Laurel provided refreshments, and a UW research scientist who also happens to be a confectioner gave out samples of his chocolates. I got to speak with a few attendees about their Ovations experience who shared nothing but compliments about each performance. Malou Hellensberg, a graduate student in the Department of Communication, said her favorite performance of the afternoon was Corbin Bugni’s slam poem, Saddle, while Awen Zhang enjoyed watching the Collective. Daniel Lee, another UW student, says his favorite act was the three-instrument duet performed by Dawn Corl and Pamella Guntrum. 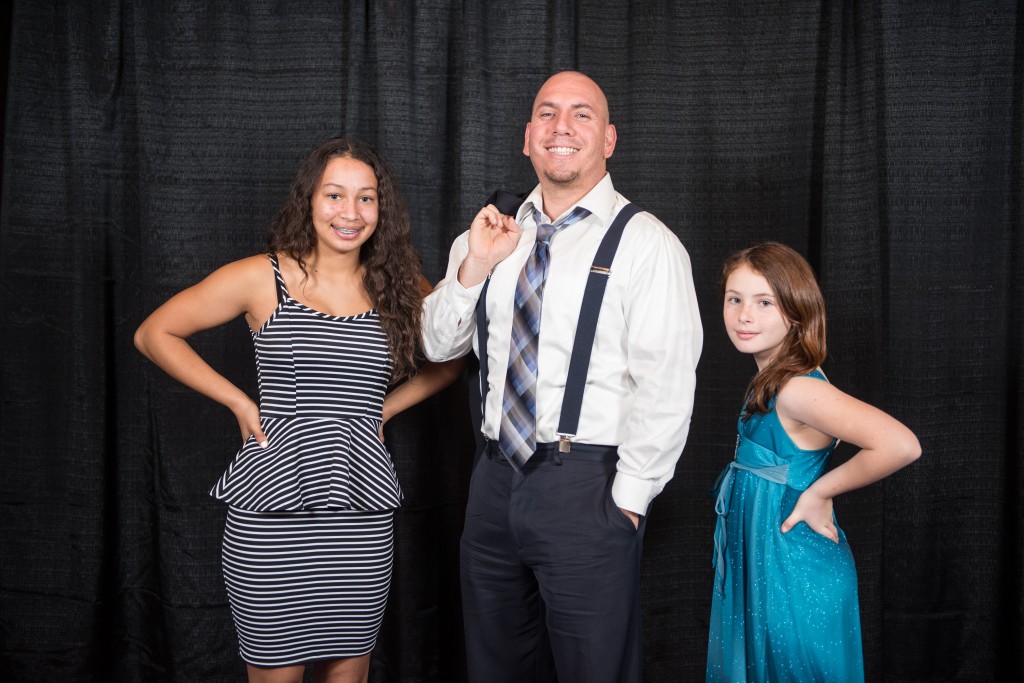 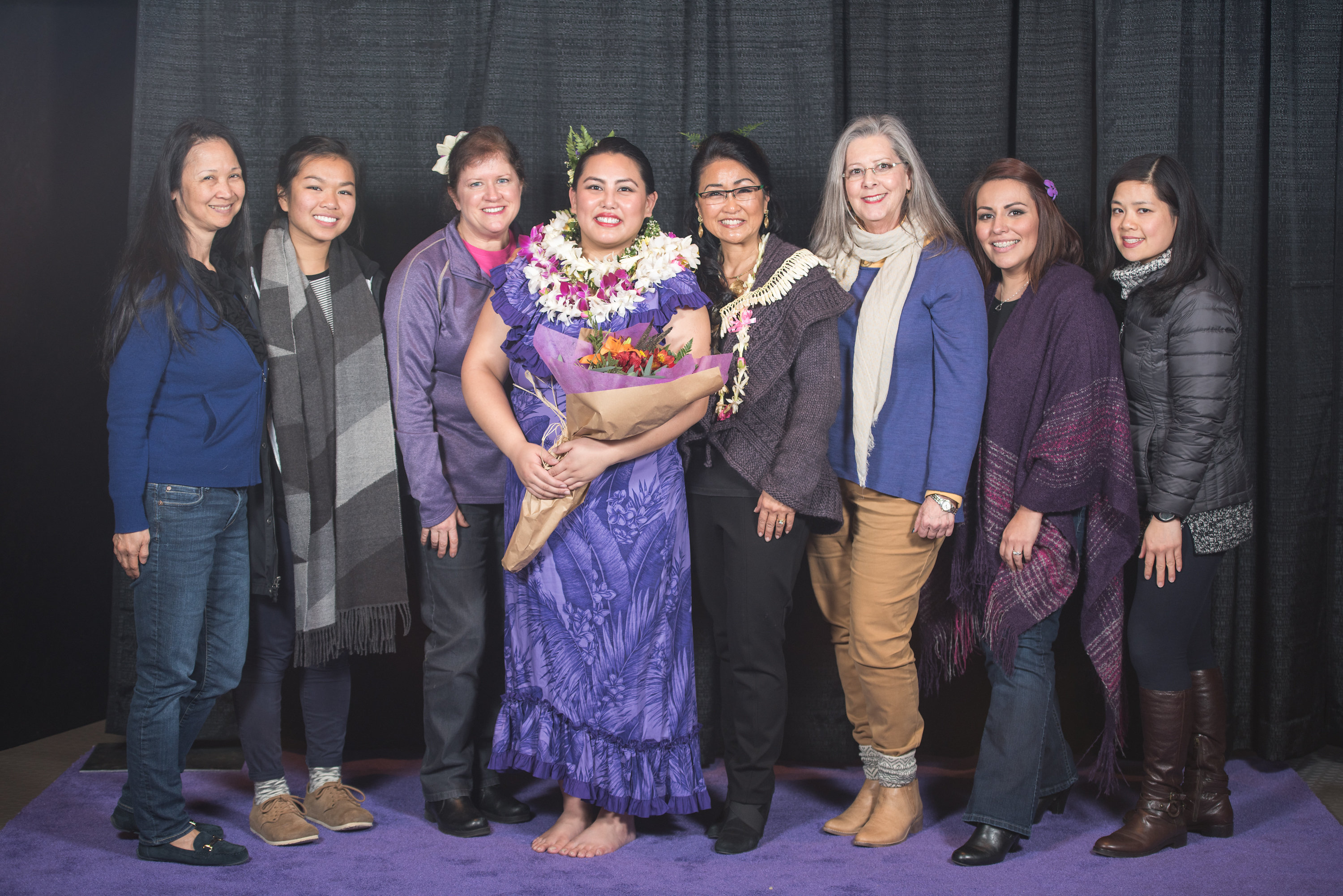 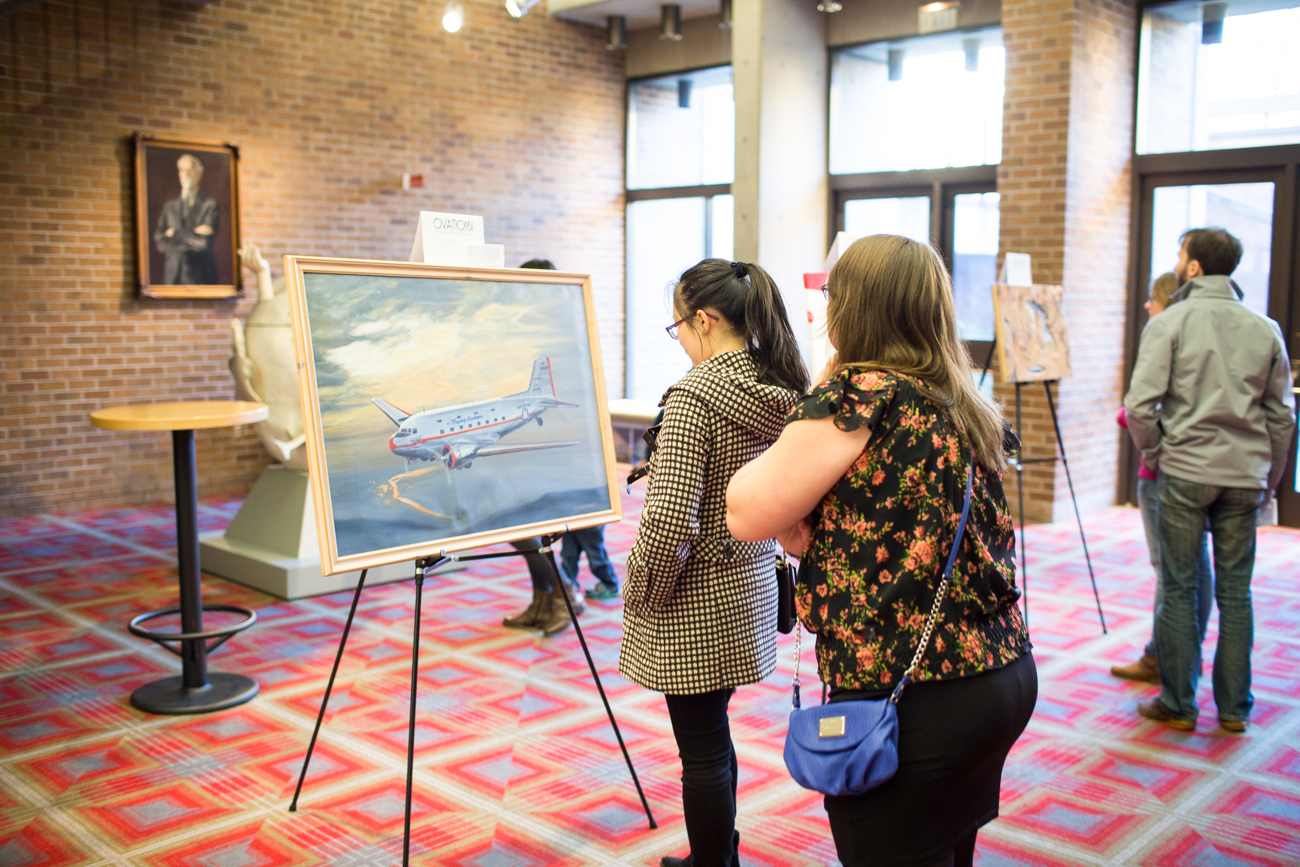 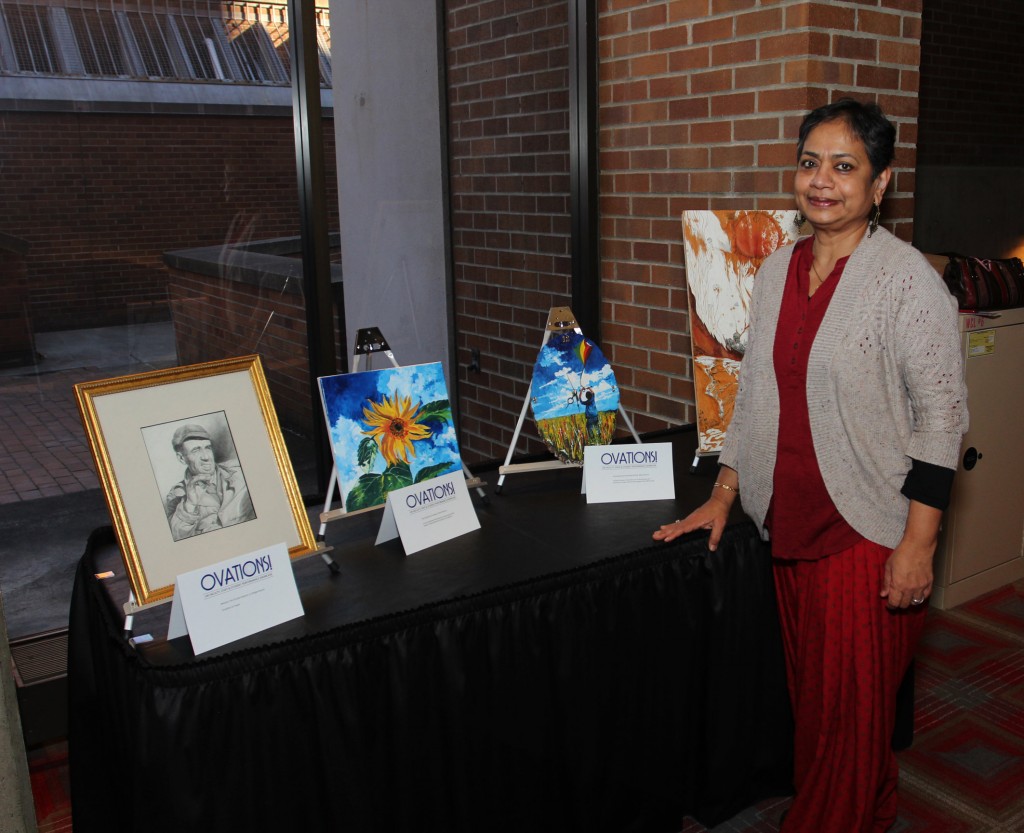 Overall, it was the perfect way to spend a Sunday afternoon. Nothing can beat witnessing colleagues and friends show off their hidden talents in beautiful Meany Theater. If you want to see more pictures from the event, be sure to check out our Facebook album. You can find Tara Brown’s photos from the purple carpet here with the download pin 5235. If Quinn or Steven snapped your photo in the lobby, you can find it here.

I hope you enjoyed Ovations as much as I did – can’t wait for next year!