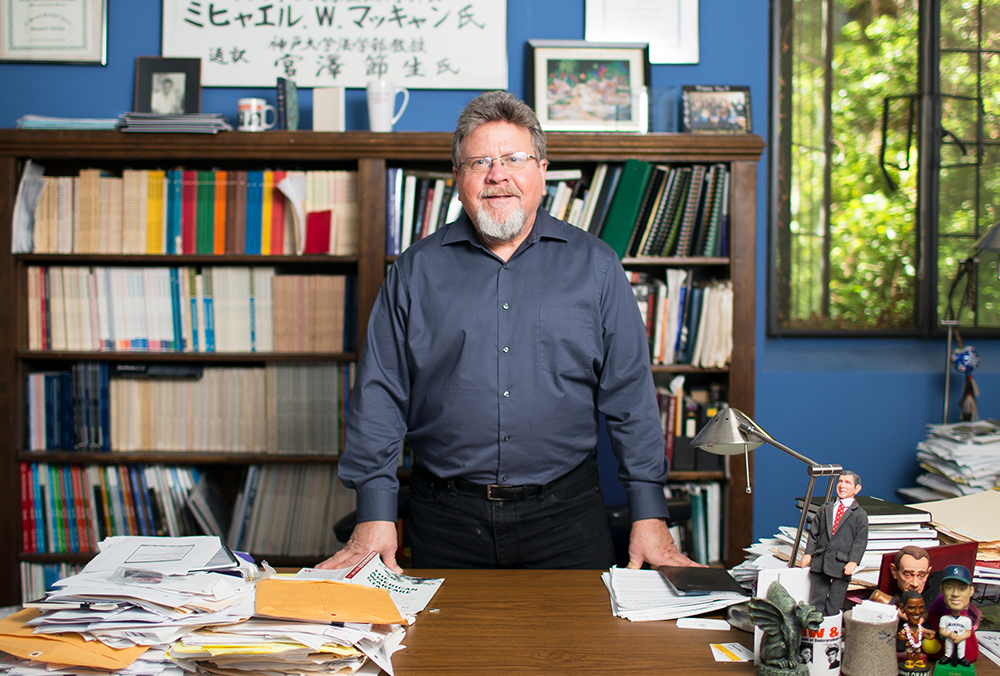 How do you record a living history?

Professor Michael McCann and the Harry Bridges Center for Labor Studies are trying to figure that out.

McCann, the center’s chair, and a team of energetic grad students have conducted over 60 oral history interviews about the minimum wage in Washington. The audio and video testimonies are part a new website, launching in early 2016, called SeaTac/Seattle Minimum Wage Campaign History Project.

In 2013, a $15-an-hour minimum wage passed via ballot initative in the airport city of SeaTac. The wage has since made its way to ballots and city councils around the state, including Seattle.

“SeaTac became the model and the catalyst,” McCann said. “We really need to have something to document this extraordinary history.”

The Bridges Center has interviewed activists, union leaders, SeaTac workers, faith leaders, and immigrant rights groups. Supporters of the movement have been the most eager to talk, but McCann said opponents are still represented. So are former opponents who have since become supporters.

McCann began researching the minimum wage movement at SeaTac in the early 2000s. As public sector workplaces, ports and airports are fertile grounds for labor movements. But SeaTac contracted its services out to private companies, which McCann says made it tougher for labor to organize.

“Instead of one workplace with a unitary workforce, they have lots of small food services and vendors and runway workers,” he said.

By 2011, activists around the country were pushing for heightened wages by way of the ballot. Fast-food workers were organizing with a renewed energy. And then there was Occupy Wall Street, which spurred a national movement against income inequality.

“In the midst of the recession, political conservatives and business interests dominated the discussion,” McCann said. “Occupy changed the discussion to the issue of equality and fairness.”

In addition to interviews, the center’s minimum wage project will also feature media coverage and interactive maps. Updated as history unfolds, McCann hopes it will be a resource for years to come.

Where else will the SeaTac model end up? You’ll have to explore the archive to find out.