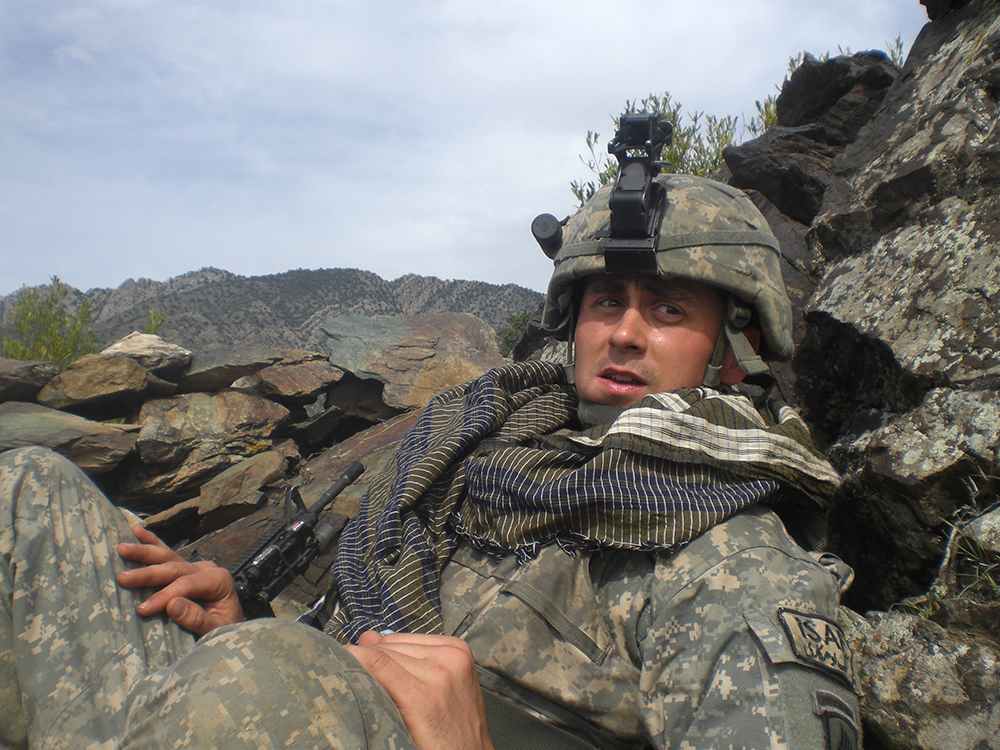 As we celebrate and honor all those that serve our country, we are pleased to bring you the true story of how war, bravery, and love of country and family has touched a member of the UW community.

July 13, 2008 started out like any other Sunday. But a knock at the door changed everything.

I looked through the peephole, clouded by years of Seattle rain, to see two blurry figures clenching clipboards to their chests. “Solicitors,” I thought as I stepped back, waiting for them to leave. They moved alongside the house. A deep voice cut through the air, “There must be a back door.”

A mother’s intuition gripped my heart. I rushed to the bedroom window and pulled back the curtain. Two erect military officers were ascending my porch steps. Running to the door, I threw it open and pleaded with them.

“Just tell me he isn’t dead.” I grabbed the porch railing, bracing myself for their news. It didn’t matter how Jason came home, as long as he was alive. We had gotten through difficult things before; we would get through this. The Chaplain’s face was gray, set. I wanted to slam the door on the featureless beings sent from Dante’s Inferno. If they returned to the Underworld without delivering their message, maybe Death would release my son.

“I regret to inform you…” the Chaplain began.

After Jason’s death, I couldn’t concentrate on what anyone was saying. Everyone was uninteresting, every conversation pointless. I lay alone in the dark, scanning my life to identify my vital misstep, an act of selfishness, a narcissistic oversight that lead to my son’s death.

I cried all the time. I cried into my breakfast, my tears streaming into my oatmeal. I cried at work, quietly trying to hide from the world at my desk. When I wasn’t crying inside the house, I was crying outdoors. I hauled six yards of topsoil and worked for months to create a memorial garden for my son, weeping as the Seattle downpour beat on my face, cursing God, the military, and myself. 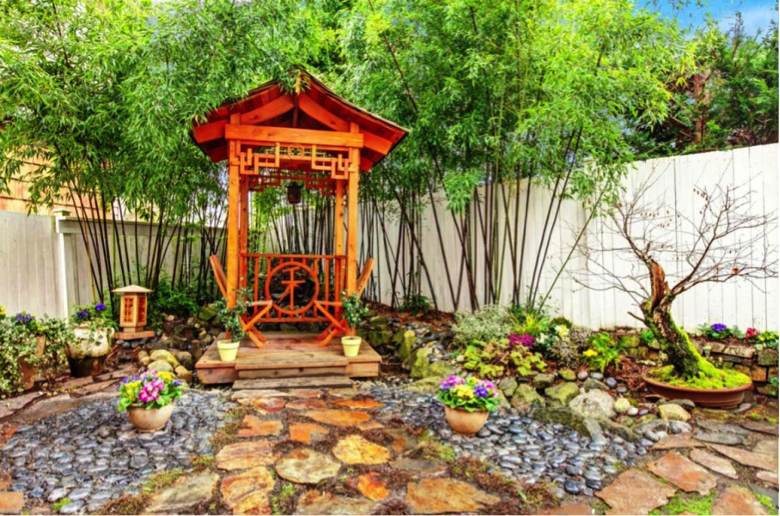 Then one morning, during the summer of 2011, I remembered my daughter had asked me to send her Jason’s paratrooper beret. I went to the garage and opened up the cedar chest that housed all my son’s final belongings. I picked up a note that lay beside Jason’s books. It was the letter he wrote to us before leaving for his last assignment. He had a premonition about his own death, scribed a farewell letter, and asked one of his comrades to deliver it to us if he didn’t return home.

I feel my days are numbered and so I want to say this while I can. Never have I felt as strong that what I am doing here in Afghanistan is the right thing and is understood and accepted by god. As a result, death is easier to accept.

For me to prepare myself to take life without hesitation has been a very difficult thing to do. To take away a woman’s son, husband, or brother has always bothered me but I believe it is understood by my god and I am forgiven.

For the man that took my life, I know he felt exactly the same way about me when he killed me. I’ve always used the analogy if you are told the color blue is green your whole life you can have all the facts in the world to prove it’s blue but at the end of the day it’s still green to you.

My love for everyone of you is what drives me and brings me comfort under stressful situations. Know that you all are the reason I am here and to give my life for that is nothing to me.

I fell to my knees and cried as I read the love and absolution it contained.

My son devoted himself to his family, his mission, and this world, beyond life and regret. And he forgave the man who was about to take his life.

I walked into Jason’s memorial garden where I often sensed his presence in the bright wheel of the sun that warmed the flowers along the path or in the breeze of a summer evening, in the flight of song birds through the black bamboo or in the rain on the cedar pagoda.

I stood under a honeysuckle vine twisting in fragrant elegance up the trestle and listened to the brook trickling nearby. I thought of my son, the brave little boy who loved to play short stop, the compassionate soldier who had empathy for his enemy, and, in the end, the fearless warrior who gave his life for his family, his brothers, and his country. I had never known anyone more courageous than Jason. Would he want me to live huddled up in my reclusive bitterness? Was I honoring his bravery, his compassion, his sacrifice?

At that moment, I knew if Jason could reach down from beyond, he would take me by the shoulders and say, “Get your butt up, Mom. You need to start living again.” I owed it to my son to live with the same strength, love, and forgiveness that he did. But in order to do so, I knew I had to release my bitterness. My anger, guilt, and resentment were handcuffing me to the past, to my pain.

I knew intellectual assent to this fact would not be enough. I needed to physically cleanse myself of this burden. I pulled out a pad of paper and made a list of reasons I was angry. I imagined my hatred becoming part of the paper, transferring my bitterness into the fibers and chemical pulp. I lit a fire in the barbeque and threw it in. Red flames curled it into black broken edges, then charcoal. Grey flecks floated up into the night. I pictured it catching a stronger breeze crossing continents of geography and oceans of time. I watched it disappear and with it, a great burden followed.

I realized the power of choice I possessed—like the eruption of knowledge when you learn a foreign language, how it coils, and moves, then emerges into life right under your eyes. Releasing my bitterness was a choice I could make. I had the ability to live in the moment, to free myself from the anger separating me from life. From joy.

I was sure that there would be days I’d be tempted to reclaim my resentment, when I noticed a handsome young father carrying his newborn son or teaching his daughter to kick a soccer ball – things I had wished for Jason’s future. I might have to rewrite the list and burn it again, but in that moment I was free.

If I had a limited number of days on this earth, it was a misguided indulgence to squander one moment. More importantly it was a disservice to my son. I still had life; it was my privilege, even my duty, to find beauty within it.

At that moment, I felt unbound from history, liberated from the anger that tied me to the past. Today, I am at peace. I will always miss Jason, his teasing, the sound of his laughter, but I am no longer paralyzed by his death. And, on the rare days when his loss is suddenly present, I quiet myself and let it pass. I try to dwell in this moment and release the past with forgiveness and compassion.

It is how my son lived and what he would expect of me. 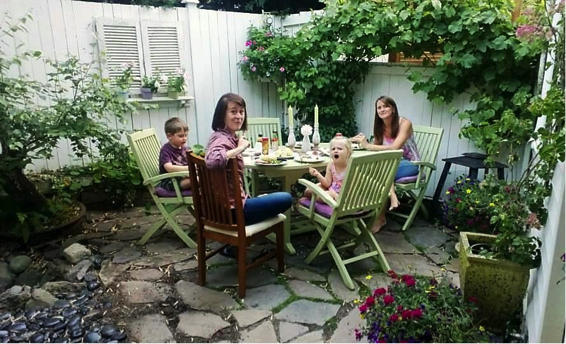 Jason’s sisters, Micael and Carise, with his nephew Isaac Jason and niece Audrey Renee. Photo taken in his memorial garden.

Thank you to Carlene for sharing this powerful and important message with us. See a full list of Veterans Appreciation Week events here. 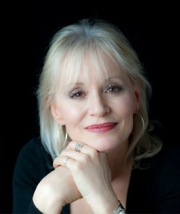 Carlene Cross teaches forgiveness and happiness seminars for the Army Survivor’s Outreach Services program and has just completed her new book, War and Forgiveness. She lives in Seattle, Washington, where she teaches writing classes for the University of Washington. Cross holds a degree in religious studies from Big Sky Bible College, as well as a BA in history and an MA in communications history from the University of Washington. She is the author of two previous nonfiction books.