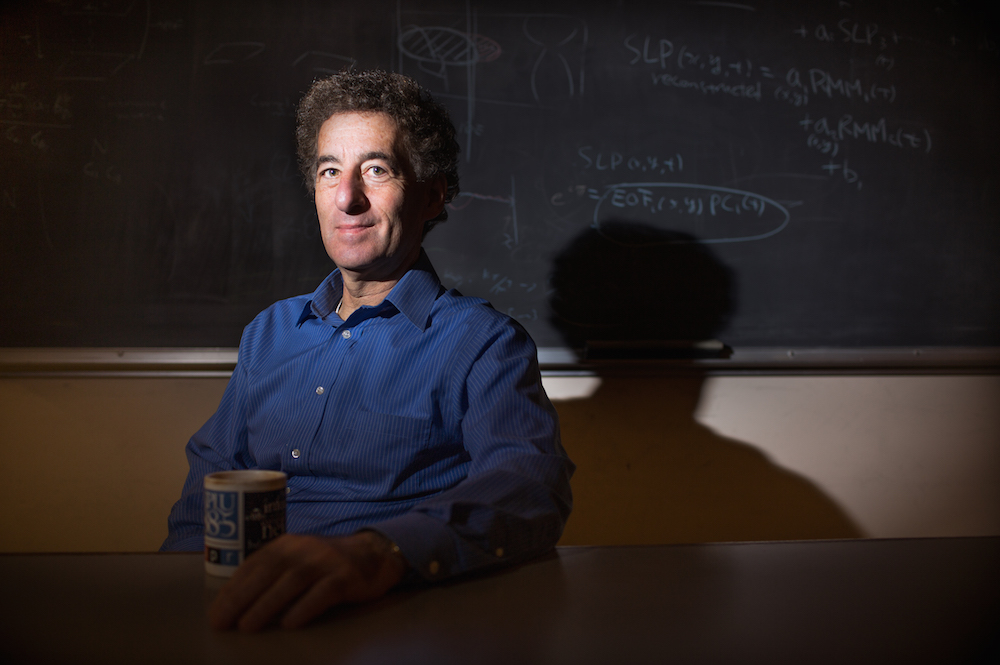 That’s what Cliff Mass learned from his professor, famed astronomer Carl Sagan, as an undergraduate at Cornell University.

Sagan shared his science with everyday Americans by writing books and giving talks. Mass, now a UW professor and local weather personality, has done both of those things, as well as appeared on local radio for nearly two decades. But he’s found his greatest reach via a modern avenue: blogging.

His website, Cliff Mass Weather Blog, has racked up 20 million page views since launching in 2008.

Beyond following in Sagan’s footsteps, he’s outspoken about why he blogs.

“The media’s ability to accurately describe science has declined substantially,” he said. “Since they’re not going to do a very good job at it, it’s nice to be able to go direct.”

Mass, a native Long Islander, became enamored with Seattle’s weather while earning a Ph.D. from UW. When he took a job at the University of Maryland, he continued to write papers about the climate of the Pacific Northwest. He returned to the UW as a faculty member in 1981 and later published a book about the region’s weather systems.

“This department is one of the great departments in the world,” Mass said of UW’s Department of Atmospheric Sciences. “Some people think it’s the best, and it’s definitely in the top three.”

While many associate Seattle with gray winter skies and long summer days, Mass says the trademark of our region’s climate is something else.

The Northwest has a classic Mediterranean climate, meaning we have a wet season and a dry season. The wetness is concentrated between November and March. In the summer, we’re one of the driest places in the country. The whole West Coast has this type of dual climate, but the contrast between the two seasons is especially stark here.

On November 6, Mass will speak about how to be a smarter weather consumer at a Whole U seminar. Many of us look to our cell phones for weather forecasts, but the accuracy of that depends on where you look.

“Some services like Weather.com and The Weather Channel have iPhone apps that give you a very good forecast,” Mass said. “The National Weather Forecast is not quite as good, but they’re reasonably accurate. And then there are some third-party apps that give you all sorts of nonsense.”

He’ll also talk about how to make sense of raw data from a weather radar map.

“That can change your life,” Mass said. “You can plan your day by seeing where it’s raining and where the rain is moving.”

You can also plan months in advance. They’re less reliable than day-to-day predictions, but seasonal forecasts can help you determine whether to plant tomatoes or buy that ski pass.

Growing up, Mass loved it when it rained or snowed hard. And as immersed in the data and the models as he is nowadays, he still slips easily into a sense of wonder.

This implicitly religious aspect is at the core of why people love weather, Mass says. It’s why there’s a meteorologist on every news channel, and why weather-gathering is such a huge enterprise. It’s why the subject brings people together not only as a go-to source of small talk, but as a major source of international cooperation (governments often share data and research from satellites and supercomputers).

“It’s one of the most encouraging things that we do as a species together,” he said. “Weather forecasting is one of the great achievements of mankind.”