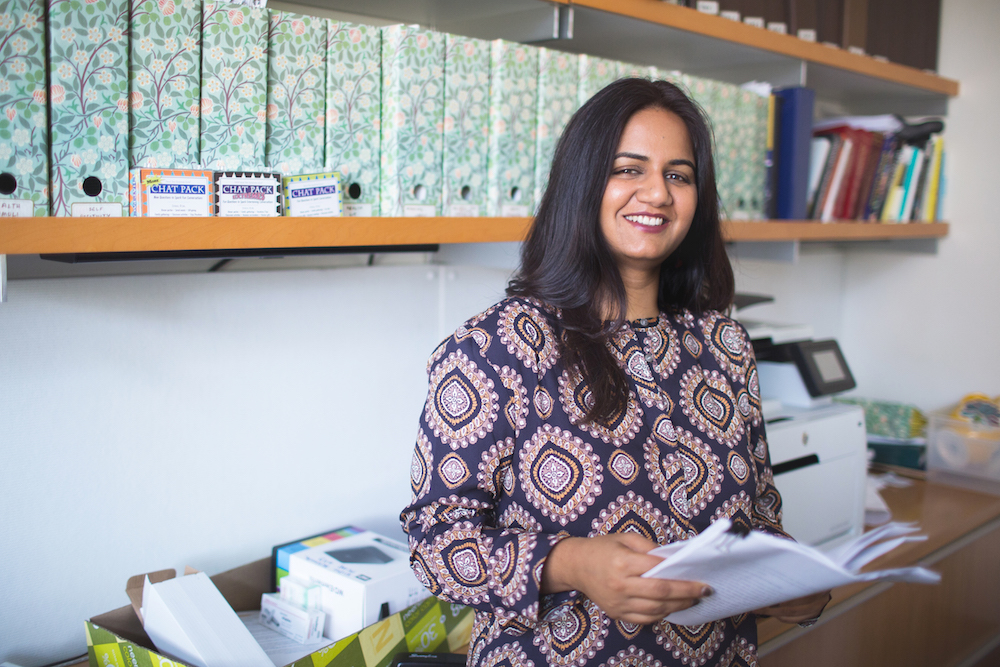 That’s the advice of marketing professor Nidhi Agrawal, who researches consumer psychology. She says whole foods are losing a branding battle against unhealthy alternatives that pitch themselves as flavorful and fun.

“The primary association with healthy things should not be health. That should be incidental,” Agrawal said. “Otherwise, we’re making food a very loaded decision. That’s the last thing anyone needs.”

Let’s say you want to eat more salad. Agrawal’s research has found that people are more likely to appreciate mixed greens if they think about the taste, not the nutritional benefit. If you have a picky palette, it might be time to branch out. Eating well means appreciating the textures and flavors of fresh foods.

“Somehow, thinking of food as healthy takes away the experience of it and makes it a functional thing,” she said. “Most people don’t approach eating as a function.”

After all, eating is our most basic consumption experience. We want to enjoy doing it. Agrawal points to cultures known for having healthy eaters.

“The guy sitting on the Mediterranean Sea eating a bell pepper isn’t saying, ‘Oh, Vitamin A! Fewer calories!’” she said. “It’s more about the experience.”

Think about the ways that companies imbue junk food with a sense of experience. Potato chips are fun (“Once you pop the fun don’t stop”), hot dogs are patriotic, and soda makes us happy.

“I’m just saying, it makes no sense that poor spinach has never been endowed with any experience,” Agrawal said. “Instead, we keep telling poor spinach that it has lots of multivitamins and is low-calorie.”

But wait, what about Popeye? Agrawal’s team ran a study that asked people their primary associations with spinach. Those who listed Popeye were more likely to say they enjoy spinach than people who mostly associated spinach with good health.

Agrawal cites her own attempts at switching out coffee for green tea. She struggled at first, but then she read a book about the cultural history of tea. “Now I drink tea and I picture myself in Japan,” she said. “Now, it’s not a battle — it’s interesting.”

She built an experience around a behavior. That’s Marketing 101.

“What does a good marketer do? They take something and endow it with personality,” Agrawal said. “They make it an experience.”

Here’s another example: Don’t exercise to burn calories. Thinking about it functionally can undermine the joy you get out of it. Instead, look at it as a way to hang out with a friend, spend an hour to yourself, or prepare for a fitness experience like a marathon.

“You will be much more likely to go and work out,” Agrawal said.

Whatever it is you’re trying to do, build an experience around it. That way, a healthy task becomes exciting. Otherwise, Agrawal says, it’s just “one more burden on our calendar.”

Agrawal has a B.B.A. from Gujarat University in India, an MBA from Mudra Institute of Communications Ahmedabad, and a Ph.D. from New York University.