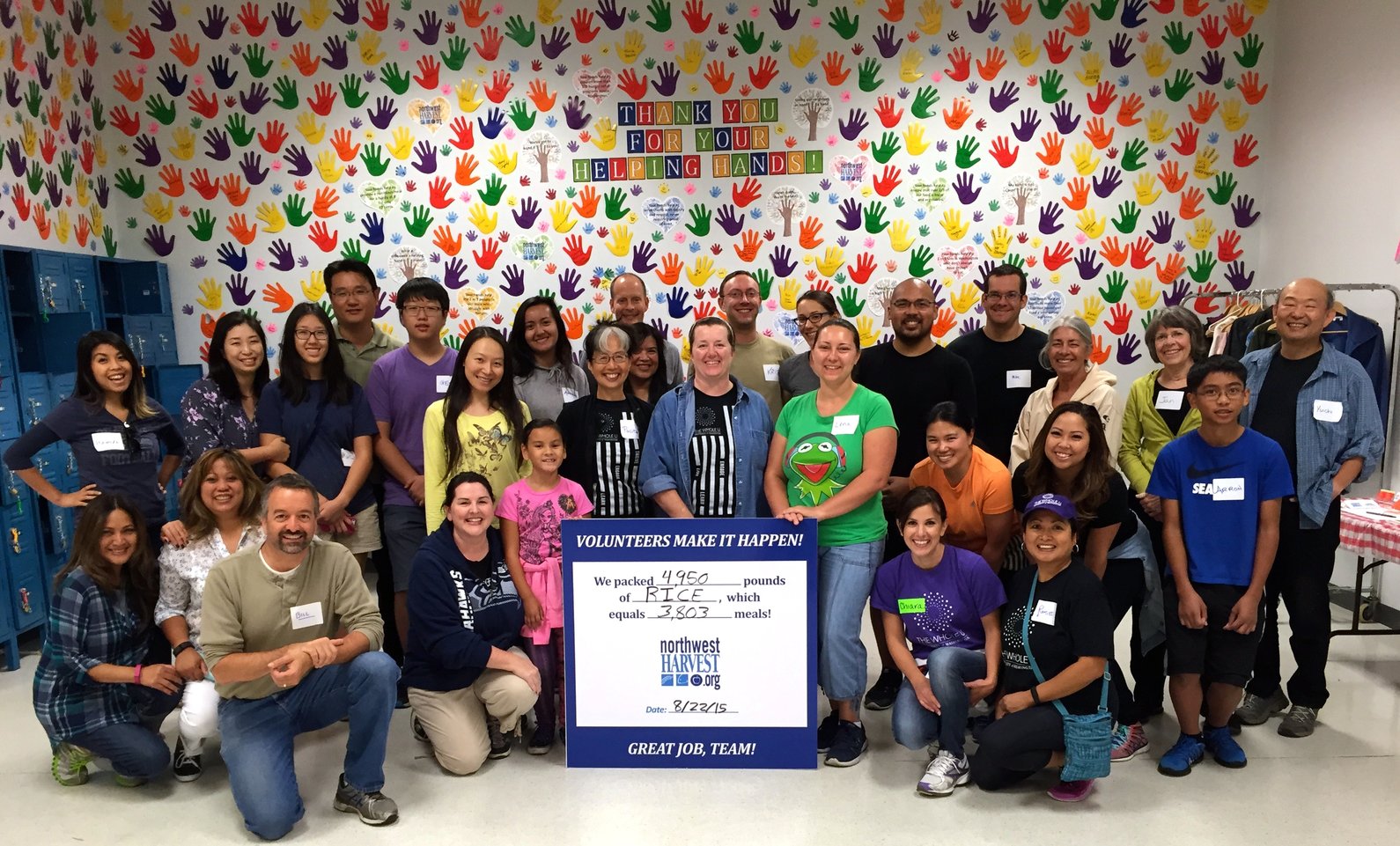 Like President Kennedy once said, “One person can make a difference and every person should try.” This is what we experienced at Northwest Harvest’s warehouse in Kent last weekend. We learned that, although there is no quick solution to poverty, we can all help and make a difference, one person at a time, or in our case, one bag of rice at a time. 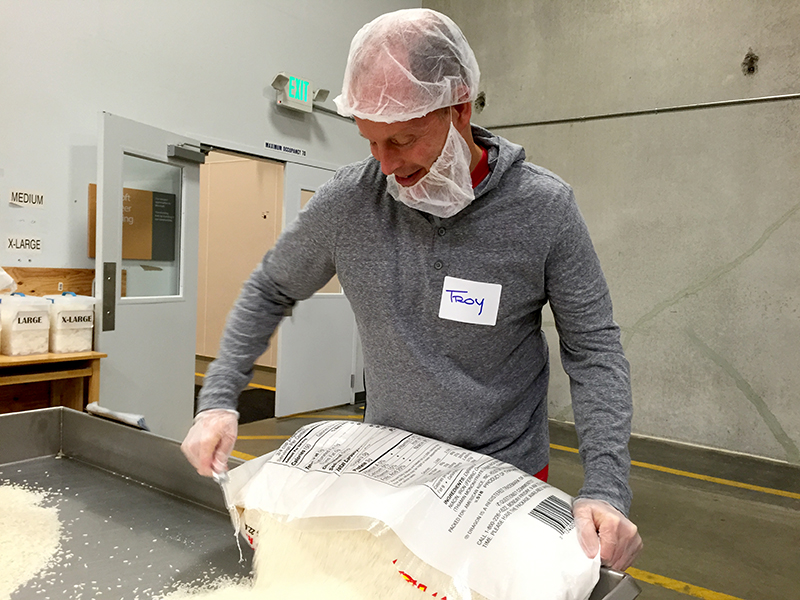 Over thirty UW faculty and staff and their families and friends volunteered two hours of their time last weekend to help fight hunger in Washington State. We all met at Northwest Harvest’s warehouse in Kent to help sort and re-package bulk food into family sized portions for distribution to food banks throughout the state. Northwest Harvest is the only non-profit food bank distributor operating statewide, providing food to a network of more than 370 food banks, meal programs, and high-need schools throughout Washington State. This hunger relief agency relies heavily on volunteers, distributing over 32 million pounds of food each year, which is equivalent to over two million meals each month.

After a brief orientation about the program and food safety rules, we walked into a huge room and got to work right away. Volunteers were assigned a job according to their physical capabilities. Even children, some as young as 9 years old, contributed! 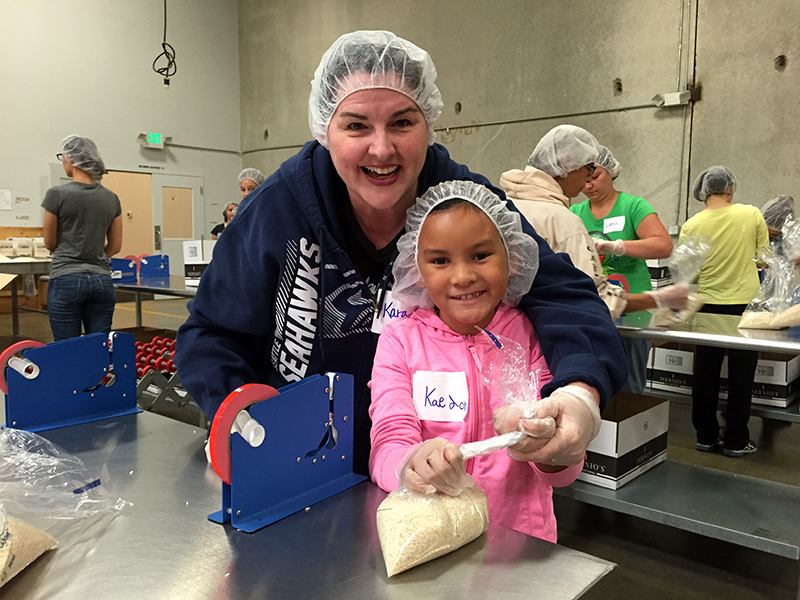 There were two assembly lines, which merged into one. Each line started with a volunteer pouring 50-pound rice bags onto a big table. Here a team of six volunteers filled smaller bags with three cups of rice, a serving for a family of four. A “runner” carried the bags to the next station. Here two or three volunteers sealed the bags and packed them in boxes, which were labeled and assembled by two other volunteers. Then the boxes, which held approximately 20 pounds, were moved onto a single conveyor belt to the next location, where they were weighed, taped, and stacked onto a pallet. We all worked hard, but it was a lot of fun! 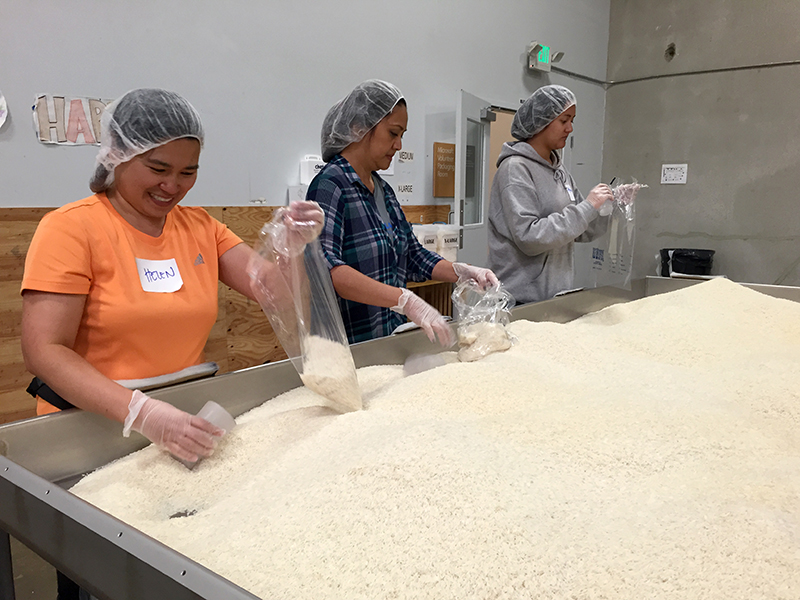 Michael Wagner, professor of Operations Management at the UW Foster School of Business, was pleasantly surprised by the efficient operations at the warehouse. His job was to tape each box of rice shut and stack them onto a pallet. He was amazed when he learned he had personally lifted almost 5,000 pounds in 1.5 hours! 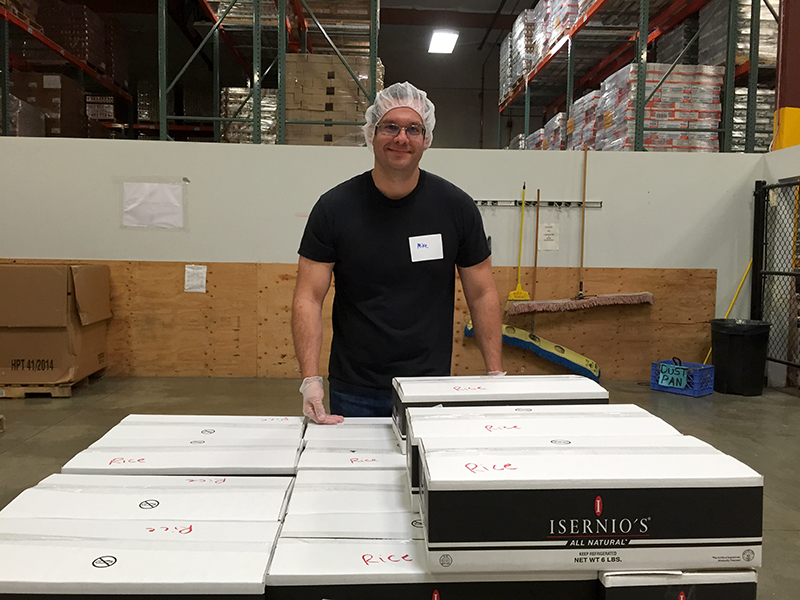 Time flew by and the next thing we know our shift was over. We took our gloves and our hairnets off and we all reconvened at the entrance, where we were told how much rice we had helped pack. The Whole U group, together with 12 other volunteers from the local community, helped pack 4,950 pounds of rice, which equals 3,803 meals! We couldn’t believe we accomplished so much in less than two hours. 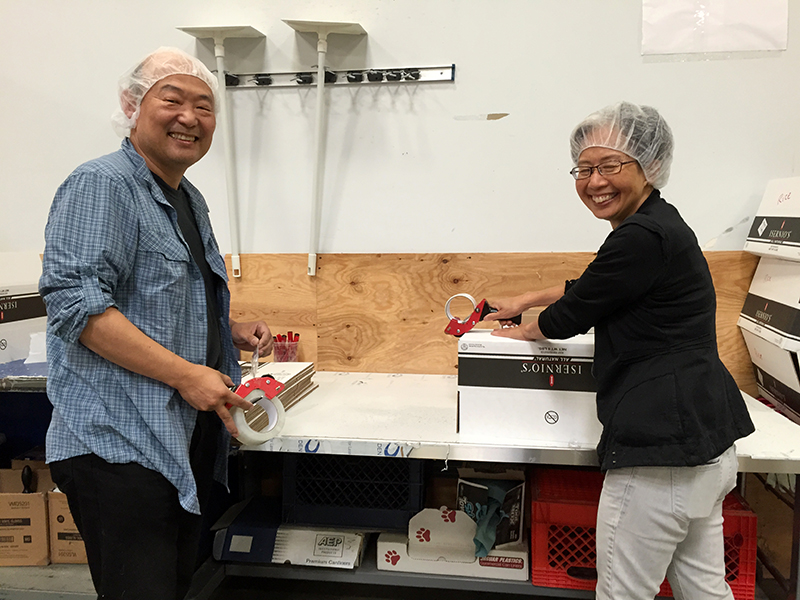 Thank you to Northwest Harvest for giving us the opportunity to help out and thanks to all the volunteers who spent two hours of their Saturday supporting such a worthy organization!

One Thought on “Making a Difference, One Bag of Rice at a Time”

What a wonderful volunteer opportunity!