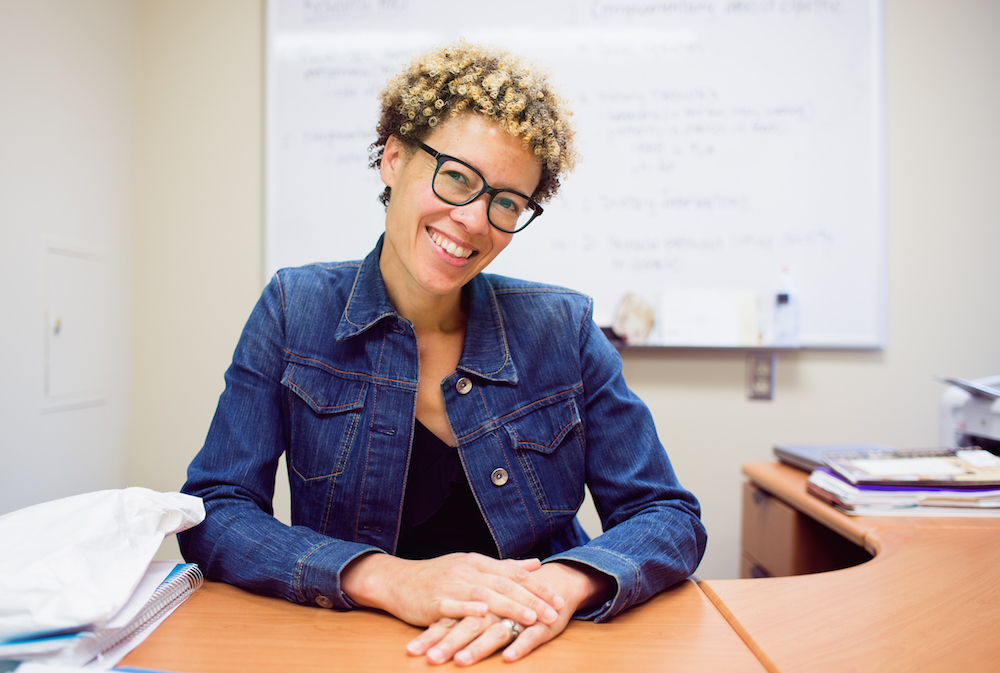 Where you live can say a lot about your health.

“Neighborhoods are one way that people are sorted, if you will, into areas that have varying access to infrastructure and services that promote health,” said Wendy Barrington, an assistant professor in the School of Nursing.

Barrington first came to the UW for the Ph.D. program in epidemiology in 2007. Her dissertation explored how the neighborhoods in which people live and work can affect their stress levels and obesity rates.

It turns out that your environment is full of non-medical factors that can work for or against your well-being. Food availability is a big one. In low-income parts of Los Angeles, for example, there are both food deserts (areas lacking grocery stores) and food swamps (areas packed with fast food). The problem in Seattle, Barrington says, is that some areas have little access to food of any type.

“The closer you are to downtown, the more services and amenities you have, and the higher the property values are,” she said. “As you radiate out from the city center, things become less expensive, but you have less services and less infrastructure. There’s less food of any type — whether it’s fast food or healthy food or grocery stores.”

Other health-related factors of a neighborhood include walkability (are there safe places to travel by foot?), fitness destinations (are there gyms nearby?), and neighborhood threat (are there fights and public drinking?).

Still, a neighborhood that scores poorly in these areas is by no means a guaranteed recipe for stress and obesity. If anything, the relationship between your health and where you live is a two-way street.

“It’s not only that living in an area may cause you to be stressed or to be ill or to have poor health,” Barrington said, “but people who have poor health may be selecting certain areas because they have less access to resources.”

Where you live can also say a lot about your city. Despite its progressive image, Seattle has a history of legal segregation. Racially restrictive covenants barred people of color from living in neighborhoods like Greenlake, Ballard, Queen Anne, and Capitol Hill. The Supreme Court put an end to these exclusions in 1948, but thousands of homes still have racist language in their deeds. If you live in Lake City, for example, your property’s paperwork might have a clause that reads, “No person of African, Japanese, Chinese, or of any other Mongolian descent shall be allowed to purchase, own or lease said real property or any part thereof.”

While racial covenants are no longer enforceable, their legacy lingers in plain sight.

“Neighborhood segregation has never been undone,” Barrington said. “There’s a reason why the majority of people of color live in south Seattle. It’s not an accident.”

When combined with other forms of discrimination, this widespread residential segregation has led to disparities in resources from one neighborhood to the next. Barrington said it’s the same in Portland, where she grew up.

“It’s not that people aren’t trying to do something,” she said, noting the progress made by social justice movements and certain federal government programs. But she’d like to see more people think collectively instead of individually — to work to bring resources to historically disenfranchised communities.

“That can be done by having conversations with your family and your friends, as well as being of service by finding an issue that’s important to you and actively working to move the needle towards equity,” Barrington said. “We don’t all have to do everything, but if everyone did a little, that would be huge.”

Barrington has a B.S. in Earth Systems from Stanford University, an M.P.H. from the University of New Mexico, and a Ph.D. from the UW.