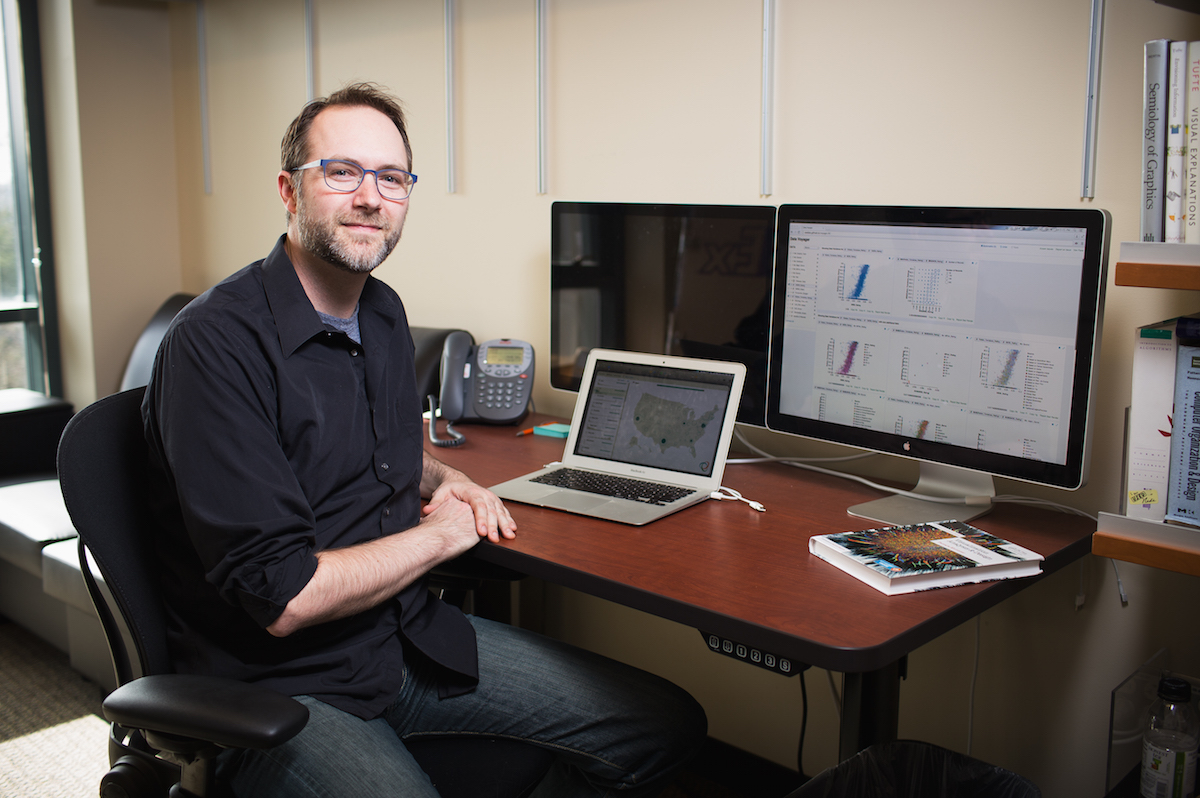 Data is all around us. We consume it, create it, trade it, share it, buy it, and sell it.

We also store it — whether or not we mean to.

“Anywhere you look, computation and the Internet are enabling large amounts of data collection,” said Jeffrey Heer, an associate professor in the Department of Computer Science & Engineering. “Every computer running in the world is keeping logs.”

That means desktops, laptops, mobile phones, and tablets. Think about the websites you visit, the stuff you buy or even think about buying, the music you stream, and the financial and medical information you fill out. That’s all data, and it’s all stored.

And then there are all sorts of sensors, both public and private, that track agriculture and climate patterns. Satellites soar through the sky and weather buoys float in the oceans. They all collect and store data.

These data sets are often so big and unwieldy that new methods are needed to analyze and visualize them. That’s what Heer works on with his team at the Interactive Data Lab, which moved to the UW from Stanford in 2013.

“The idea is to map data into positions, colors, shapes, and sizes — in ways that we can immediately perceive patterns and connections,” Heer said.

One of the visualization tools the group built is called D3, for Data-Driven Documents. Click through the honeycomb of examples on the D3 website to see the beautiful ways people have used the software to present their data.

“It’s probably the de facto standard for visualization on the web today,” Heer said. “When you go see interactive graphics, for example on The New York Times homepage, those are typically built with D3.”

Looking forward, Heer says his lab may eventually delve into the world of online education. In particular, he’s interested in rethinking what textbooks are. The eBook — transferring physical pages to digital files — is only the first step. When things become digital, they can be interactive and they can be networked. One day, Heer says, your textbook might be able to learn how you learn, and adjust itself accordingly.

Heer has a B.S., M.S., and Ph.D. from the University of California, Berkeley. You can follow him on Twitter at @jeffrey_heer.