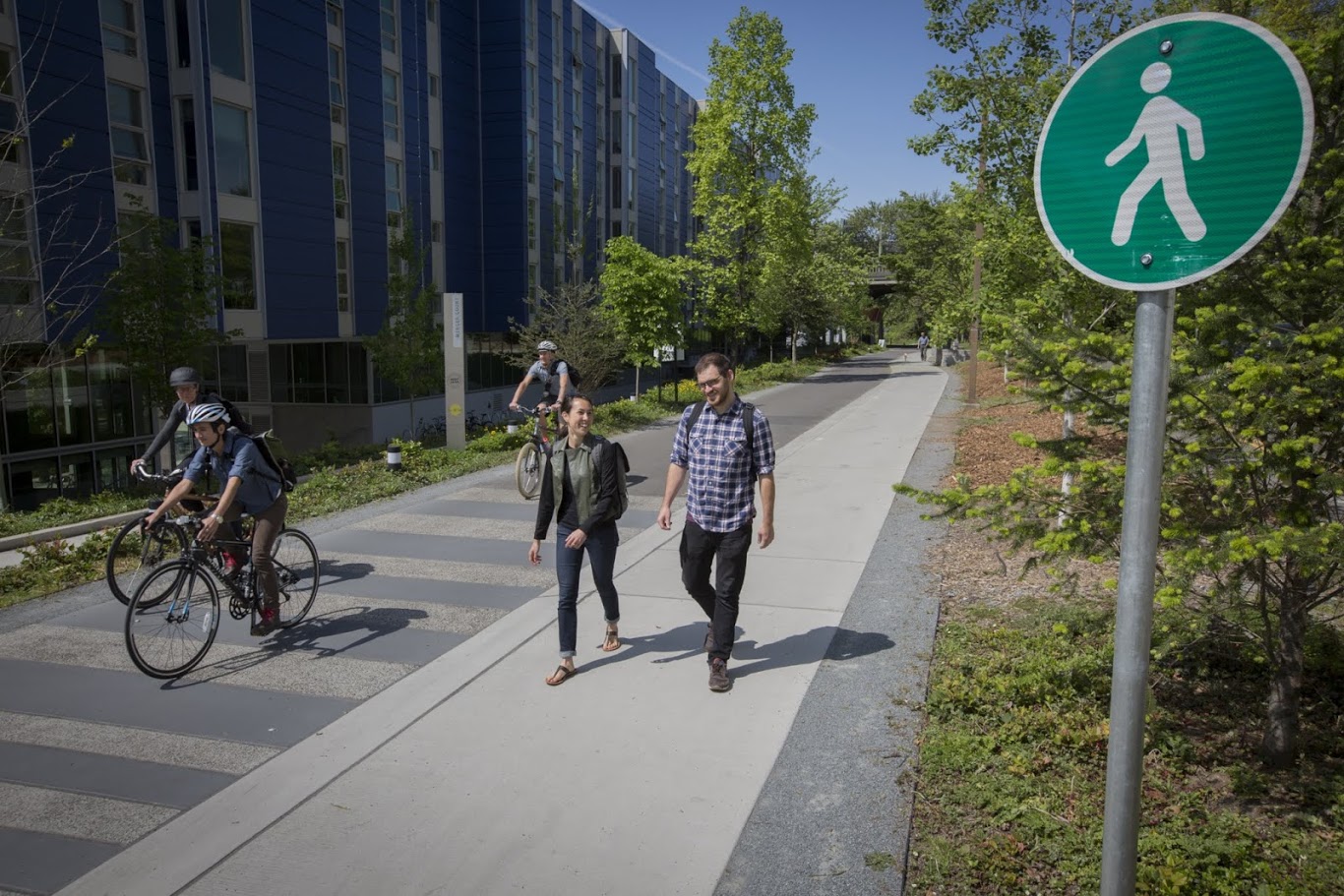 I have never been a gym person. I’m very impressed by those who find the time and motivation to make it to those temples of sweat, those hallowed halls of healthful contraptions, and put in effort for the sole goal of improving their fitness. When I do find the get-up-and-go to walk into a gym, chances are I don’t make it past the dry sauna.

Instead, my fitness is based on making exercise bite-sized and unavoidable. I put physical activity in my way so that I have to do it as part of my routine. This is why I recently put a sticky note reading “surplus” on my office chair, bid it farewell, and stood up to face my standing desk… permanently. And it’s one of the main reasons I commute by bike.

The fact is that an active commute can make a big contribution to your health. People a lot smarter than me have done the math and found that regularly walking, bicycling, and even taking transit for your commute can help your physical and mental wellness in many ways.

Walking or bicycling for all or part of your commute has substantial mental benefits. A 2014 study that looked at psychological well-being among 18,000 British adults found that those who walked, biked, or took transit had a greater sense of well-being than those who drove. The difference was especially significant for those who switched from driving to a walking or biking commute during the study. For that group, the observed increase in the measure of well-being was as great as the difference between those who reported being in a relationship versus being single.

The longer a person’s driving commute, the lower their well-being score, but the opposite was true for those who walked their commute: a longer walk was associated with greater well-being. A 2013 study from Sweden also found that commute choice had a substantial effect on overall happiness, with – you guessed it – active commutes having a positive correlation with happiness and driving commutes having the opposite.

It won’t shock you to hear that bicycling and walking are better exercise than sitting in a car in traffic, but when I started looking into it the size of the effect surprised me. Research shows that every additional hour per day you spend driving puts you at 6% greater risk of obesity, while every hour you spend walking reduces that risk by 4.8%.

A review of the literature on cycling and health found that commuting just a few miles by bike had a huge benefit for cardiovascular fitness (up to 30%) and a decrease in cancer mortality (20% risk reduction with one hour of daily cycling).

Risk of dying from all causes was reduced by 30% with 100 minutes of daily cycling – or about the round trip commute time for someone riding from Magnolia, Columbia City, or Shoreline to the UW campus.

Getting started with a new, active commute can feel like a big hurdle – the kind of “getting out of the sauna” moment that’s a struggle for me. UW’s Commute Concierge will help you figure out what an active or transit commute to campus could look like for you, and to connect you to the resources to get it going. For example, bike commuting is much safer with a good route and some straightforward techniques for staying visible and predictable on the road and trail, and the Commute Concierge staff can point you towards both. They can also help you explore a commute that combines transit with walking or biking, or help you connect to the positive social experience of a vanpool or carpool. No sweat.

Now if you’ll excuse me, I’m going to bike home and tape my toothbrush to a kettlebell. 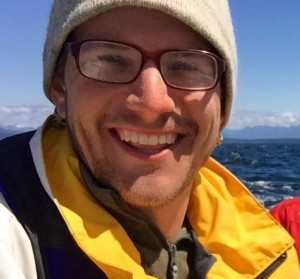 Ted Sweeney is an active transportation specialist for UW Transportation Services. In addition to working to make walking and bicycling better options for UW folks, Ted is on a quest to identify UW’s most creative active commuters. Know somebody with a particularly unconventional, human-powered way of getting to campus? Ted would love to hear about it at sweeney2@uw.edu.