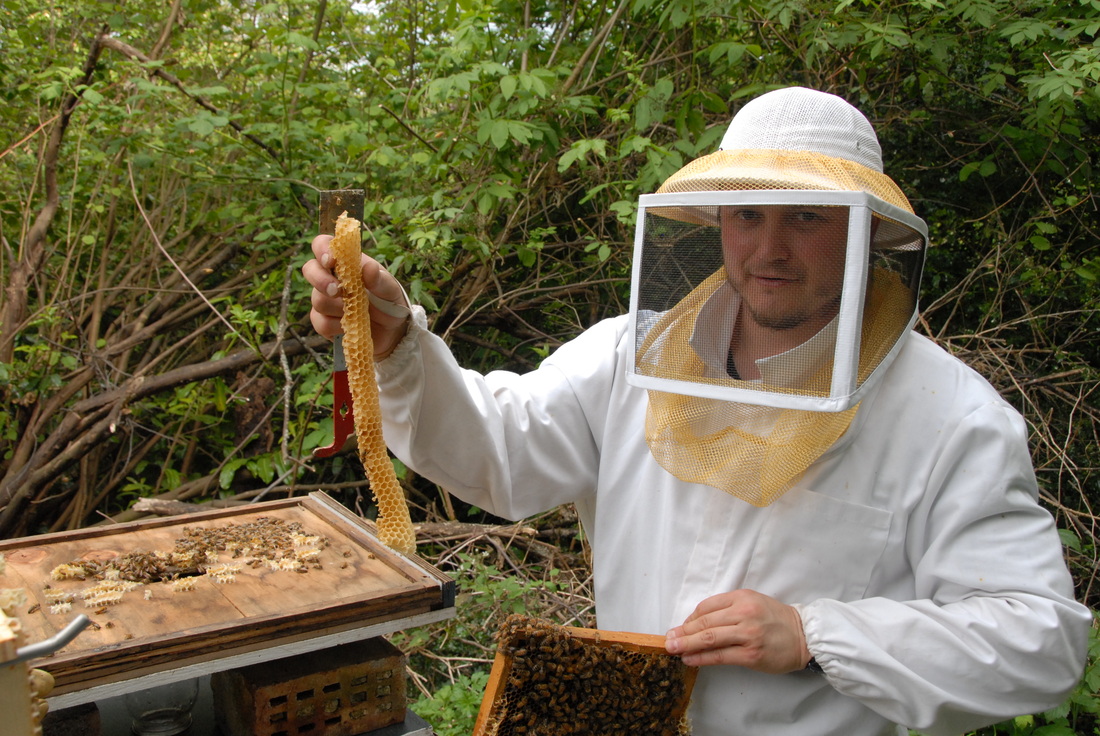 The Whole U is always on the lookout for faculty and staff hidden passions, and Rachel Vaughn’s got us buzzing. Rachel, director of the Carlson Leadership and Public Service Center, exercises her community-oriented spirit when she helps sell jars of honey, made from the bees she and her husband Brad keep, at the farmer’s market. From surprising strangers with how delicious fresh honey tastes, to shocking them further with the fact that the delicious honey came from bees only a few blocks away, Rachel and Brad love ‘bee’ing a part of the beekeeping community.

The pair have had hives for about six years now, and through their journey, they started a business called Seola Bee Company while simultaneously spreading awareness for these buzzing pollinators.

It all started one day when they were shopping at the Husky Deli in West Seattle. They saw some local honey on the shelves, and it immediately caught her husband’s attention.

“The deli guy was telling us all about how the honey had come out of West Seattle down near Hamilton Viewpoint, which is where we had gotten married,” Rachel said. “Then Brad was like, ‘Maybe we should keep bees.’”

Although the idea might sound simple, having a hive that thrives is a bit more challenging than just letting some bees live on your land. It takes time, which Rachel says has been one of the biggest obstacles so far. Since beekeeping on the micro level doesn’t replace a full-time income, Rachel and Brad have had to continue working to support their bee business and their two children.

“We lose a lot of bees over the winter,” Rachel said, “because sometimes we just run out of time to properly prepare them.”

Unpredictable weather is another factor they can’t control. Bees are the world’s pollen specialists but they rely on collecting nectar to create honey, which only flows during certain times of the year.

“We had one year where in February it got really warm and dry, and the bees were out there and stuff was starting to bloom,” Rachel explained. “But all of a sudden, it got super rainy and cold so the bees went back in the hive, and they kind of missed that nectar flow that year.”

Their work in the bee business isn’t just about the nectar flow. Rachel says her husband’s favorite part about bee keeping is raising Washington-native queen bees. 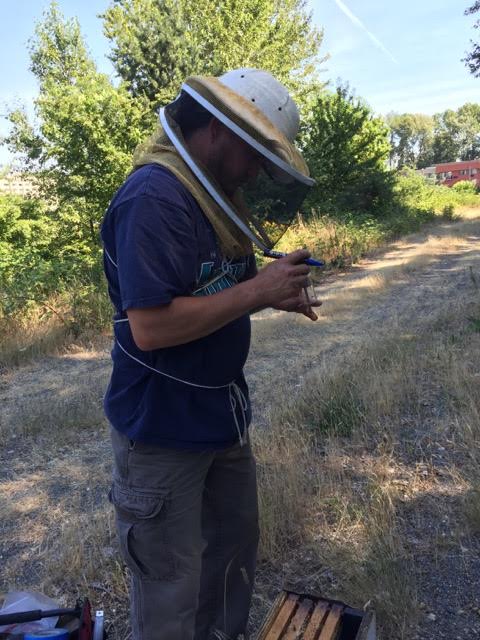 “Most people buy their bees from California and they’re not really used to what our winters look like, so you see pretty tremendous losses,” she said. “What he’s trying to do is breed queen bees that will be adapted to this environment.”

While Rachel and Brad may refer their beekeeping adventures as a “large-scale hobby,” they’re actually pretty important for the environment. Their bees, like all bees, go out and pollinate plants in the community. This pollination makes it possible for a large amount of the food we consume worldwide to grow, and without them, we wouldn’t be able to enjoy other things we all love like flowers and a variety of other plants. That means the more bees, the merrier, and Rachel and Brad kept that in mind while naming their business.

“We chose to call our business ‘Seola Bee Company’, not ‘Seola Honey’, because we wanted to capture that it’s not just about the honey,” Rachel told me. “It’s about the native queen bees, the pollination, and about educating people that when they have a swarm in their tree, they shouldn’t be spraying it with chemicals – they should call a beekeeper to come get the bees.” 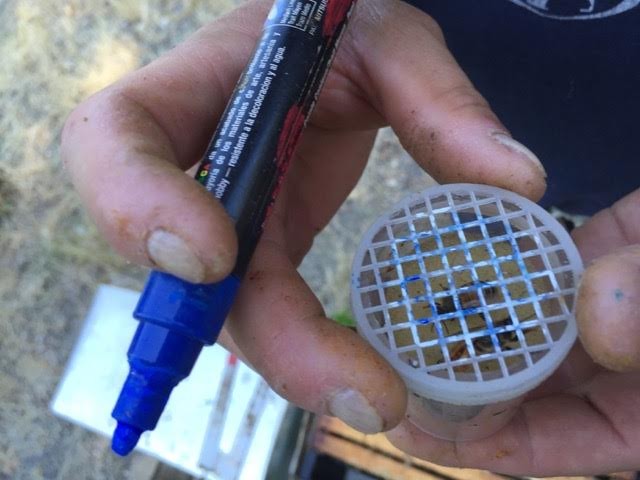 Rachel and Brad are passionate about getting others involved too. In fact, they even have a few neighbors that have joined them on the beekeeping bandwagon. Though keeping these critters does take time and effort, Rachel says that not everyone who wants to keep bees has to do it with such large numbers. She and Brad have over 30 hives around King County, but she recommends beginners start out with one or two.

“It’s not an all-or-nothing thing,” she said. “It can be a really fun hobby.”

If you or someone you know is interested in keeping bees, Rachel recommends a local nonprofit called the Puget Sound Beekeepers Association, because it’s a great place to ask questions and get a feel of what keeping bees is like. They meet every fourth Tuesday of the month (except July, November, and December) in the Graham Visitors Center in the Washington Park Arboretum, and anyone is welcome to attend. Happy buzzing!

3 Thoughts on “UW Staff Member is the Bees Knees: A Journey Into Beekeeping”

I have a wasp nest under my deck. Any recommendations for how to appropriately relocate (or destroy) the hive? They’re very aggressive. I would love to have honey bees instead!

All during this hot dry summer honey bees have been coming to our bird bath to get water. Every evening I spray out the bowl with fresh water and always give a warning blast so the bees don’t get wet. They fly around my head while they wait for me to finish and then resume their perches around the edge of the bowl when I’m done. If one falls in I fish it out and set it down in a near-by plant to dry off. It’s almost like they know that I’m there to help them and they have never been aggressive. I love to look at them up close as they come and go and have enjoyed having them around.

That is a lovely image. Thank you for taking care of the bees for all of us! We need it more than ever with colony collapse.