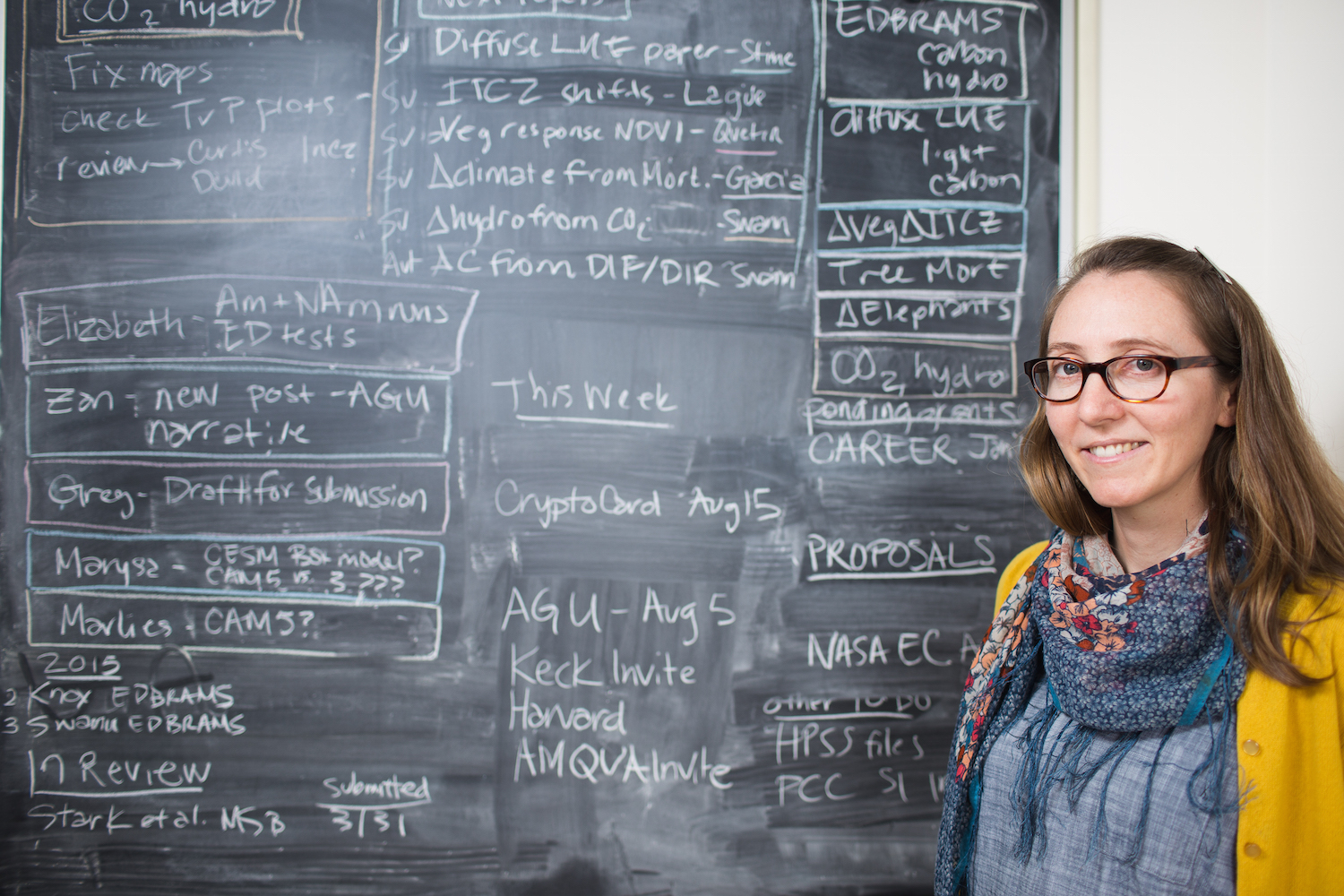 We all know planting trees is good for the environment, but does it matter where we plant them?

Yes, according to UW’s Ecoclimate Lab, which explores how vegetation in one part of the world can affect the climate in other, far-off places.

“If we added a bunch of forests across North America and Asia, that can actually cause the circulation in the atmosphere to shift, which can make it rain in the tropics,” said lab leader Abigail Swann, an assistant professor in the Department of Biology and the Department of Atmospheric Sciences.

In other words, earth’s varied ecosystems are connected to one another through the atmosphere.

One way plants interact with the sky above is by sending it carbon, a gas that traps heat. You might’ve heard that humans dump a lot of carbon into the atmosphere, and we do, but there’s also a natural amount that gets both released and absorbed by vegetation.

Swann says understanding the relationship that plants have with carbon can help us predict how different ecosystems will fare in a warming world. What’s considered a drought today might not qualify as one in the future. Under higher carbon conditions, plants will photosynthesize easier, which means they’ll need less water. “That changes the meaning of drought,” Swann said.

Carbon can be a contentious issue. That’s why Swann calls her field a “politically charged science.” At the end of the day, she’s focused on the data.

“The earth is changing,” she said. “We need to understand how.”

Swann has a B.A. and a Ph.D. from the University of California, Berkeley, and an M.A. from Columbia University.