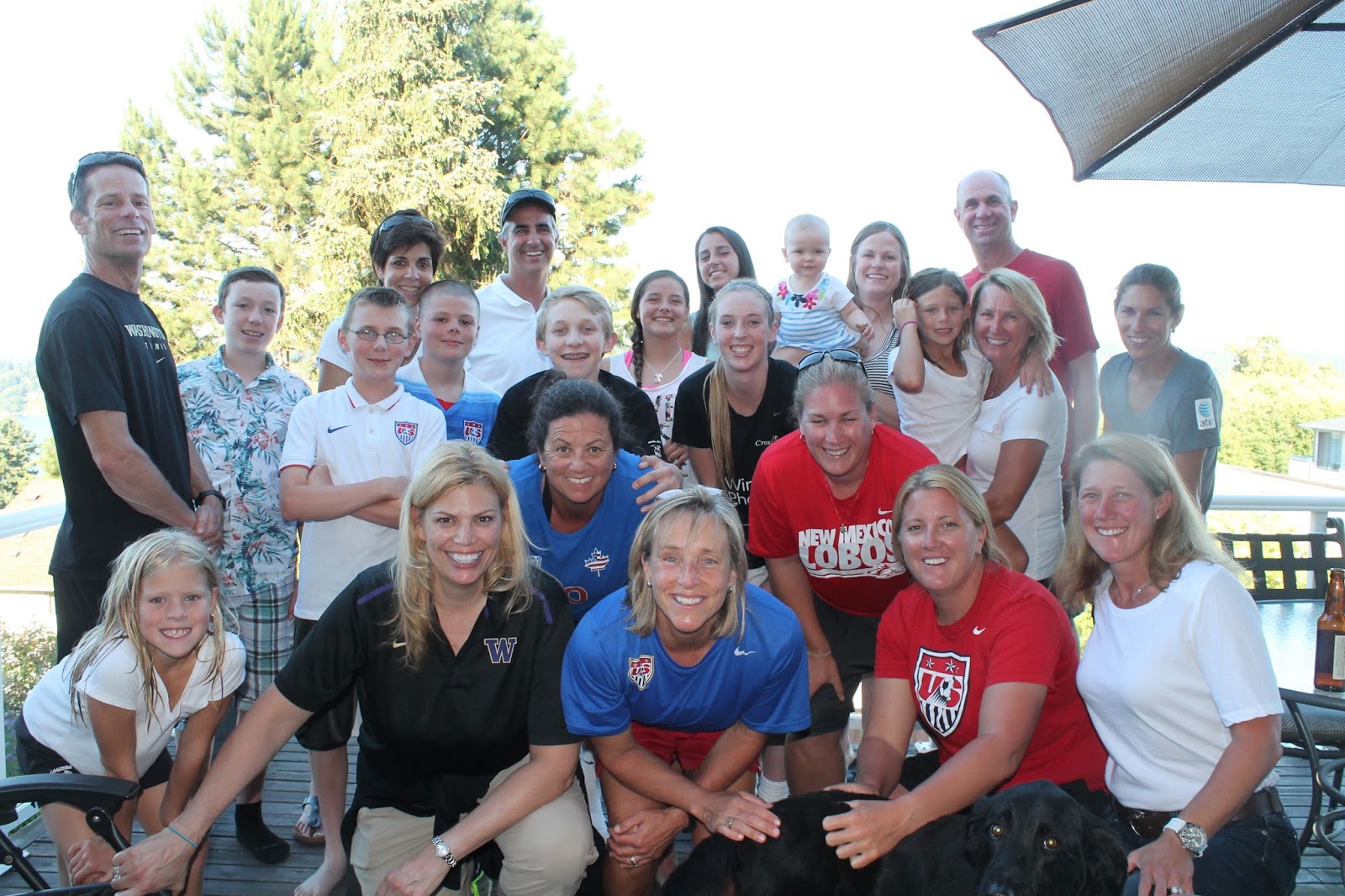 Two of the loudest fans at this year’s Women’s World Cup were Husky coaches.

Head women’s soccer coach Lesle Gallimore and associate head coach Amy Griffin made several trips up to Canada to watch the games, including the July 5 final between Team USA and Japan.

Gallimore, UW’s head coach since 1994, recruited Team USA goalie Hope Solo when she was in high school. Solo enrolled at UW as an offensive player in 1999, switching to goalkeeper under the tutelage of Griffin, who played the position for Team USA at the 1991 World Cup.

The UW coaches didn’t limit their experience to Team USA games. Also on the agenda was seeing Mexico’s Amanda and Veronica Perez play. Amanda, a junior on the UW team, followed in the cleats of her older sister Veronica, who suited up for the Huskies from 2006 to 2009.

Watching former players on the big stage brought out a mixed bag of emotions. “You’re nervous for them, you’re excited for them,” Gallimore said.

Another former UW player, Clare Rustad, is now a soccer analyst for the Canadian sports channel TSN. “It was cool to watch her on TV,” Gallimore said. 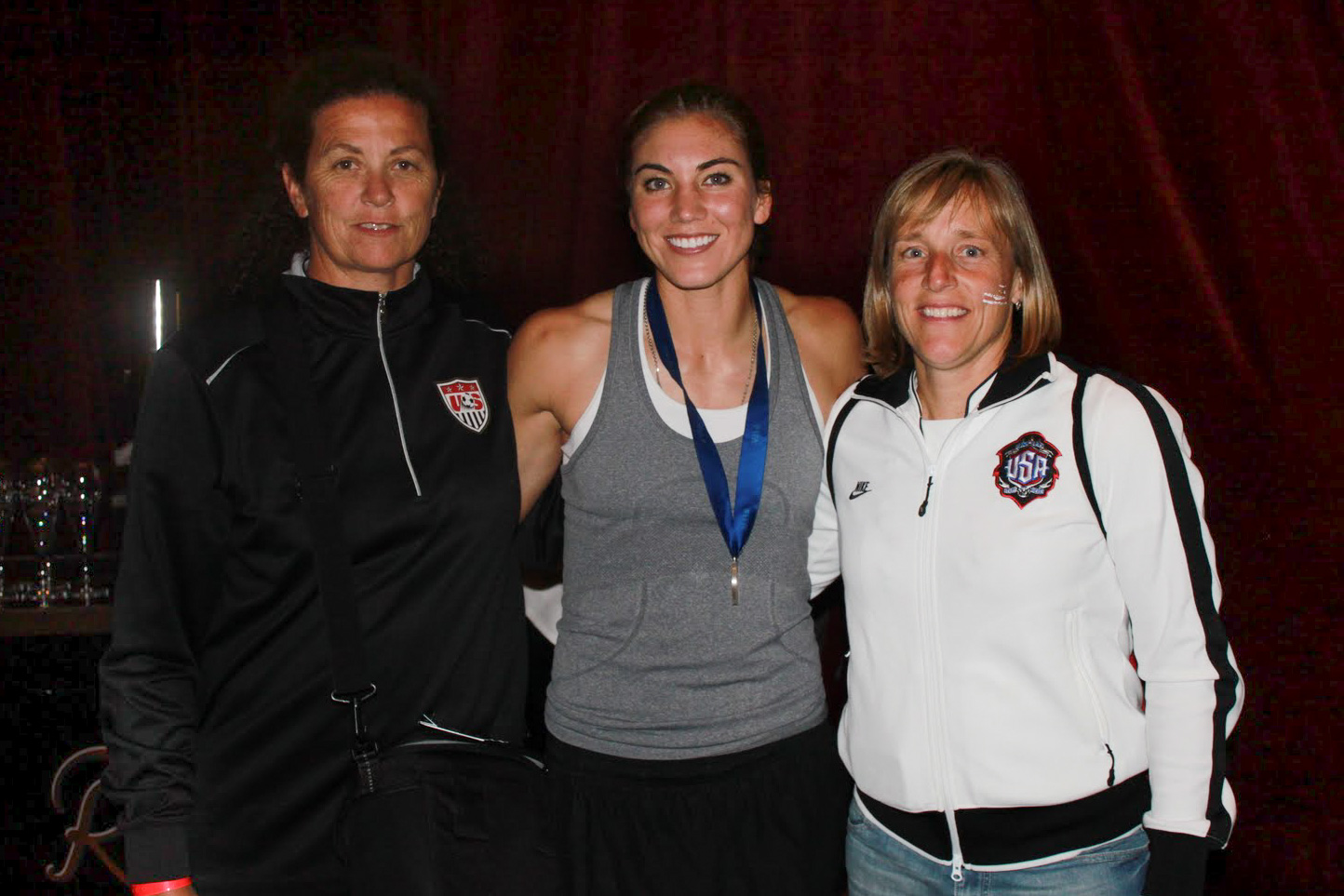 Gallimore, left, and Griffin, right, with Hope Solo during the 2011 World Cup. 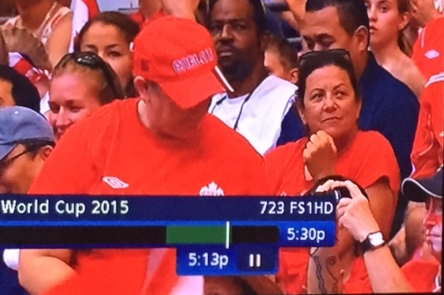 This isn’t the first time Gallimore and Griffin have shown up to support Team USA. They traveled through Germany with the team during the 2011 World Cup, starting a blog to track their adventures. They updated the site throughout this year’s tournament.

Unlike the Germany trip in 2011, Gallimore and Griffin missed a few games this time around. Instead of going to Winnipeg to see Team USA play Sweden, they invited 100 people to Husky Stadium for a viewing party.

Back in Vancouver for the final game, Gallimore and Griffin had a lot to celebrate. Team USA brought home the World Cup by beating Japan 5-2. The game lasted 90 minutes, but it was over long before the final whistle: Team USA’s Carli Lloyd scored twice in the first five minutes — the fastest goals in World Cup history.

“Truly, this was the craziest start to a World Cup Final you could imagine,” Griffin wrote on the blog. “It took place at the goal directly in front of us and you seriously felt like leaping the wall heading to the corner flag and celebrating.”

Griffin eventually gave up trying to explain the atmosphere: “There is no possible way anyone can do justice to the party that took place inside that stadium.”

The Women’s World Cup happens after the NBA Finals and before the NFL season starts — a time of relative quiet for the sports world. “I revel in it, because it’s such a great opportunity for our sport to take center stage,” Gallimore said. “Every four years, there is a whole new generation of fans and viewers.”

As Griffin wrote on the blog: “What a tremendous celebration of sport; of our sport; of soccer, of women and the women’s game.”

You can enjoy seeing live soccer at Whole U appreciation nights in October. Husky Athletics is offering free tickets for UW faculty and staff and up to four guests for two games:

Read more about the Lesle and Amy’s adventures with the women’s national team on their blog.