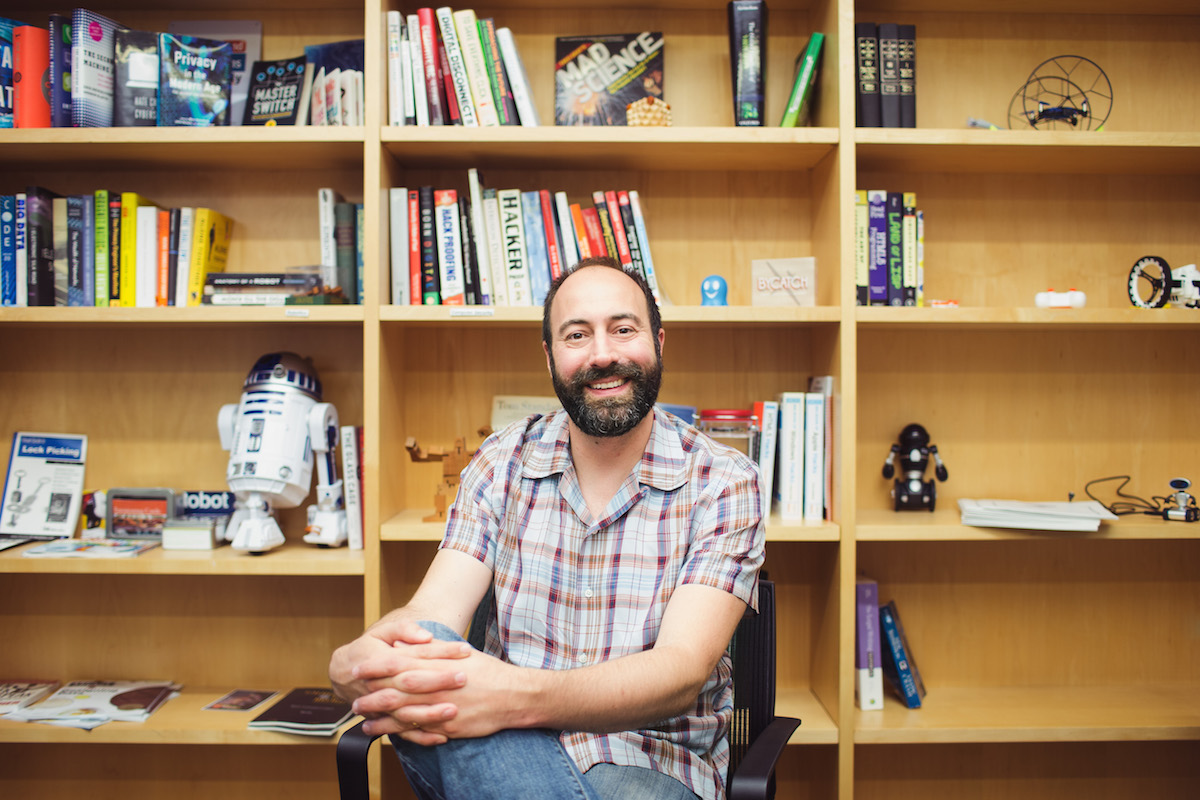 Ryan Calo has a lot to say about robots.

The School of Law professor doesn’t make them or test them, like some of his colleagues who are engineers. Instead, he looks at the legal and policy aspects of modern machines, from drones to driverless cars.

“The conversations we have about new technology are often legal ones,” said Calo, a co-director of UW’s Tech Policy Lab.

When we think about drones, for example, we look to the Federal Aviation Administration for guidance. When our cell phones come out with a revamped GPS system, we wonder if it might compromise a right to privacy.

Calo is concerned with how our current system of laws, created to regulate the behavior of people, will be updated or replaced with increased automation. Driverless cars sound great, but they don’t commit traffic infractions like people do — and that could be a problem for the government.

“At the local level, imagine what happens when you no longer can collect fees for running red lights, or going too fast, or parking in the wrong place,” Calo said. “That’s a substantial amount of money.”

Issues with automated vehicles don’t stop there. The most common job in 29 U.S. states is truck driving. What happens if robotic trucks take the road? Those drivers won’t be happy, and neither will the unions that represent them. Lawmakers will listen.

Then there are potential questions of personhood. If robots ever achieve full consciousness and start demanding rights — “and that’s a big if,” Calo admits — we would have to choose between granting them the right to vote or the right to reproduce.

“Because you can’t give an entity that can reproduce itself infinitely the right to vote,” Calo said.

Many of these issues are far from urgent, but Calo says we should think about them now — “in the calm light of day” — to work out a set of guiding principles for when the emotional stakes get high.

It’s hard not to think of him as that character in the first act of a sci-fi movie — the guy who’s warning everybody about the potential calamity of new tech run amok. The guy who nobody listens to, ultimately at their own peril.

Still, while American lawmakers are starting to act, Calo says other countries are acting faster, putting them on track for a competitive advantage in the future.

“It wouldn’t make for a very interesting movie, but if I were the guy in the first part of the movie, I would say, ‘If we don’t get this right in America, this is going to be the first technology since steam that we’re not at the forefront of,'” he said.

Calo has a B.A. from Dartmouth College and a J.D. from the University of Michigan. To read more of his thoughts on robotics, see his recent interviews with Vox and Popular Science and follow him on Twitter @rcalo.