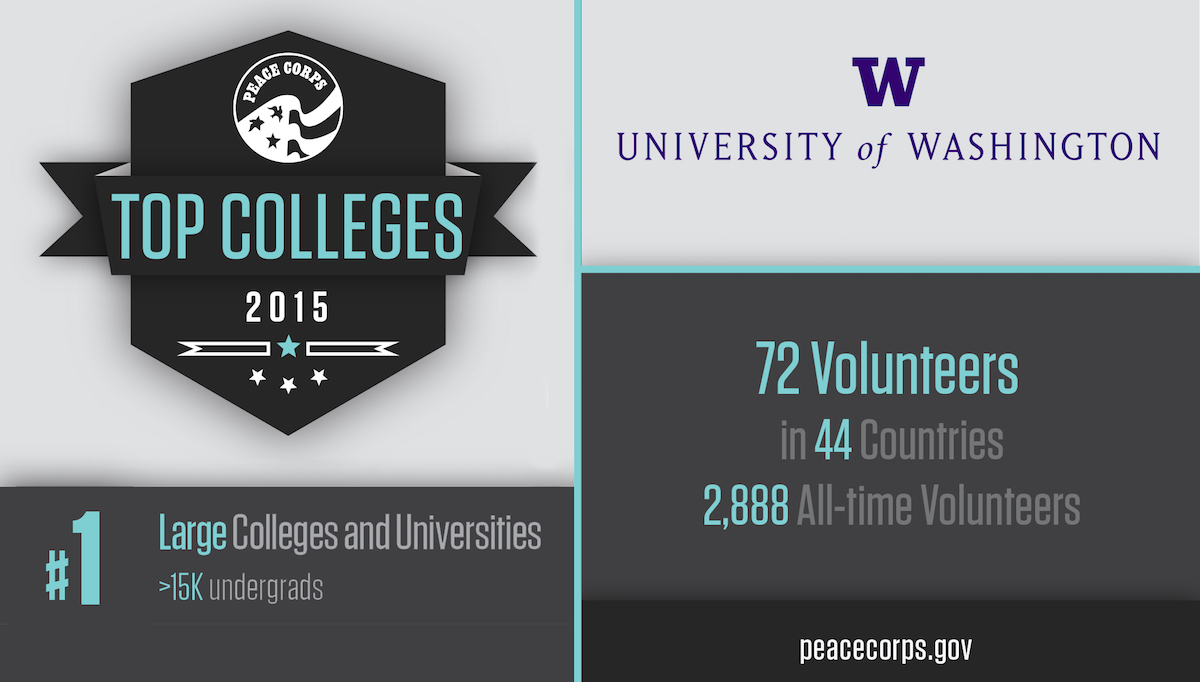 With 72 volunteers in 44 countries, the University of Washington was the number one producer of Peace Corps volunteers among large colleges and universities in 2015.

It’s not a recent trend — UW has had 2,888 volunteers since John F. Kennedy’s administration launched the Peace Corps in 1961 — but the school has performed better than ever recently, ranking first or second every year except one since 2005.

One reason for the recent uptick in volunteers was the creation of a Peace Corps representative position at the Career Center in the early 2000s. Selected by the Seattle Peace Corps office, the person in this position must have served a mission abroad and must be a current master’s student at UW.

The Peace Corps representative this year is Patrick Gordon, who served in Bulgaria from 2011 to 2013. After that Patrick was a Public Affairs Intern at the Peace Corps Seattle regional office, and now he’s earning his master’s degree in UW’s Evans School of Public Affairs. To spread the word about the Peace Corps, Patrick speaks to clubs and organizes panels and application workshops.

“Over the course of four years of undergrad, students are going to see and hear from the Peace Corps a lot,” Patrick said. “It’s become a part of the overall environment of the campus.”

One thing he’s learned while working with the Peace Corps, Patrick says, is that statistics show that people in our region are more likely than the average American to be involved in volunteering. “People from the Pacific Northwest are traditionally more cause-driven, no matter what the industry is,” Patrick said.

Patrick will finish his M.A. and wrap up his time with as the Peace Corps representative this month. 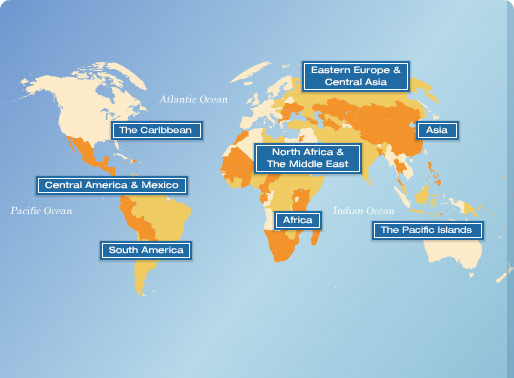 Many of the UW’s Peace Corps volunteers signed up after graduating. Another way UW students can get involved is by doing a Peace Corps Master’s International (PCMI) track. In this program, students enroll in one of three UW master’s programs — hosted in the Evans School of Public Affairs, the Department of Global Health, and the School of Environmental and Forest Sciences — and earn a master’s degree while also completing a Peace Corps mission.

The process takes four years, twice as long as a traditional master’s degree. The student spends a year at the UW, then two years in the Peace Corps, then a final year back at the UW.

“That’s kind of the foundation of our whole field. We have a lot of students, faculty, and staff who have done the Peace Corps, Americorps, and other related things. More than anything it’s that commitment to service.”

The Evans School currently has a total 19 students in the program — either enrolled in classes at the UW or on leave in their service. The first year at UW can provide invaluable preparation.

“You get a lot of skills and knowledge you can bring to the Peace Corps,” Caitlin said. “It means you can probably do more specialized service in the Peace Corps, like something involving community economic development. You can apply your training in management, leadership, and policy analysis.”

Have you ever thought about doing the Peace Corps? It’s never too late! The oldest person to ever complete a mission was 83 years old. To learn more about UW and the Peace Corps, check out the UW Peace Corps Facebook page.