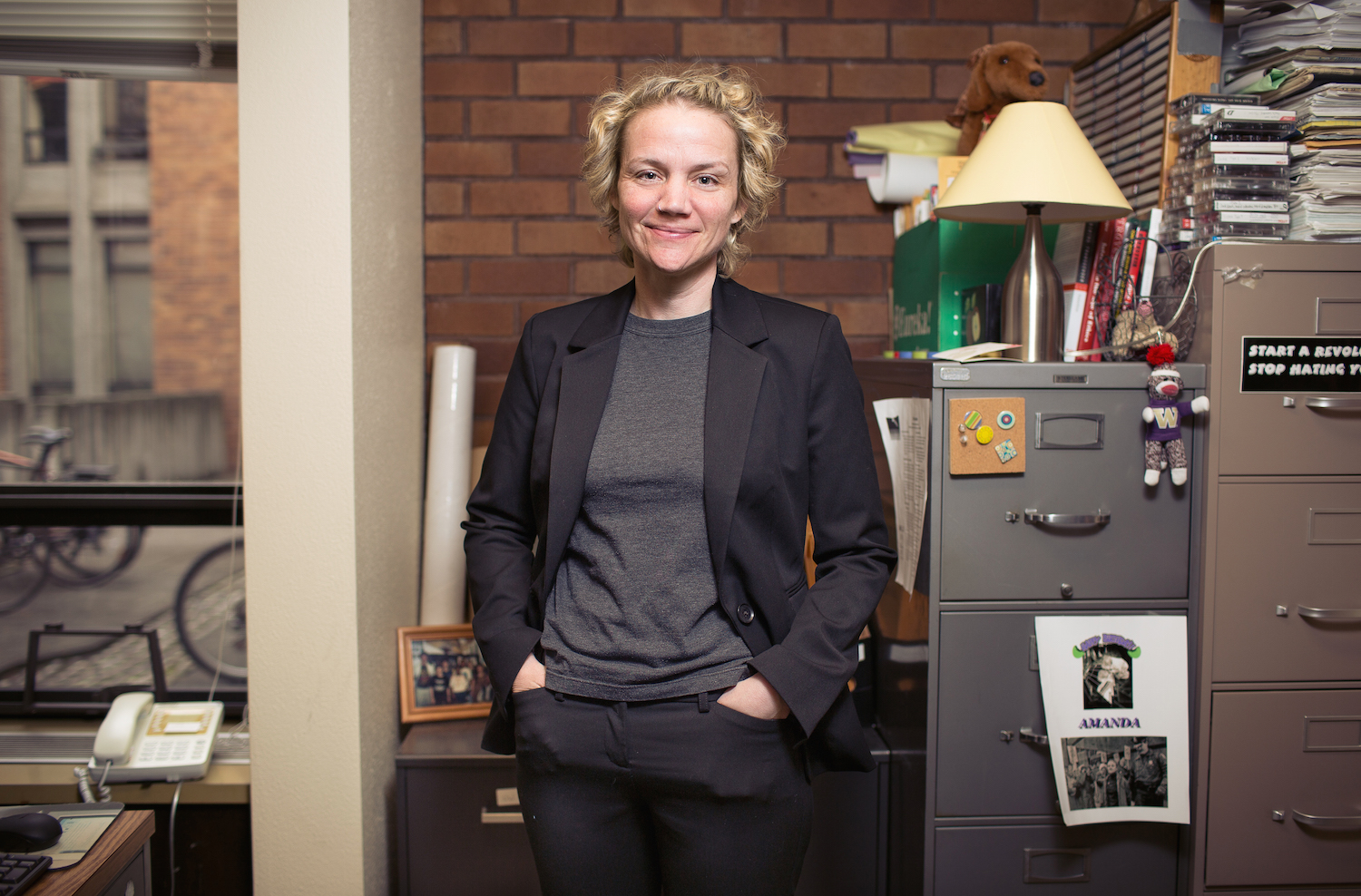 Amanda Lock Swarr is an associate professor in the Department of Gender, Women & Sexuality Studies. Since 1997, she has researched and written about people who fall outside of the gender binary in South Africa. Her current work looks at sexual violence and masculinity in particular.

“African masculinities get represented in really problematic ways in international media, especially in very racist ways,” Swarr said. “I’m thinking about what it means to be in a newly democratic society since the end of apartheid, to have that new space to re-conceptualize masculinity.”

Her interview-based research — which surveys activists in the queer, trans, and intersex communities — requires immersion: She lived in South Africa for nearly two years during her dissertation, and she has gone back every other year since. The work is also personal: She stays in the homes of the people she writes about.

“Issues of gender and sexuality are part of all of our everyday experiences, they just often remain invisible to us. Part of what I’m excited about doing is making them visible,” Swarr said. “It’s not just trans people or queer people that are making decisions or being overt about gender and sexuality — every single person is doing that.”