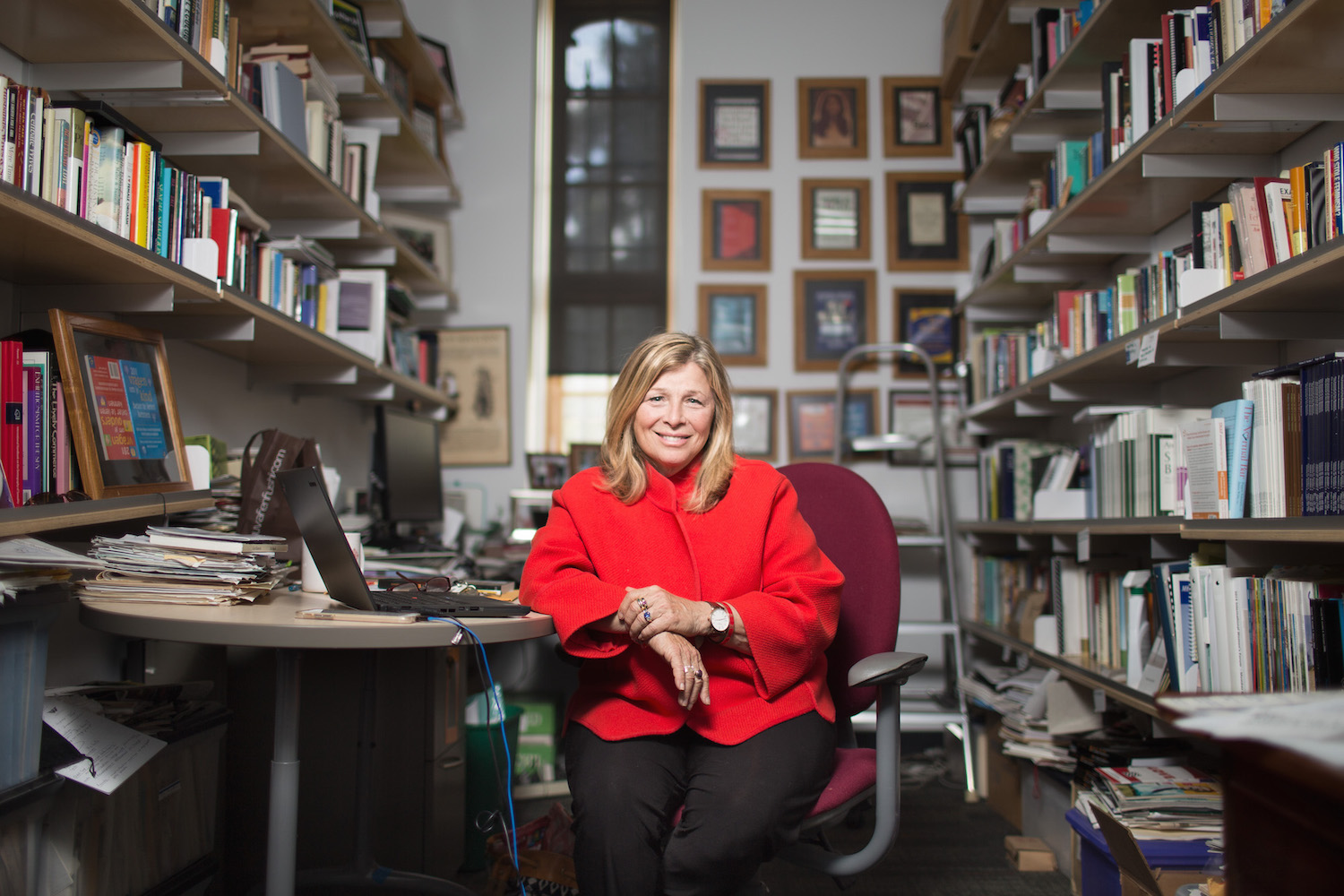 Over the past four decades, Pepper Schwartz has become one of America’s leading experts on love.

She is an author of 23 books, a relationship columnist for AARP.org and a frequent face on television, most recently appearing on the A&E series Married at First Sight.

“I study the whole life cycle,” said Schwartz, a UW sociology professor who goes by the nickname Dr. Pepper. “I’m interested in sexuality and relationships from high school to dementia.”

On Wednesday, May 27, you’ll be able to hear from Dr. Pepper at a Whole U seminar called The Surprising Secrets of Happy Couples. She’ll talk about her book The Normal Bar, which is based on over 100,000 responses from couples and individuals gathered by one of the co-authors through a survey center at George Mason University.

“We’re going to put together a picture of what makes a relationship happy,” Dr. Pepper said.

You’ll learn some little-known secrets to romantic success, but the age-old essentials to a strong love life are still worth doing.

“The ones that everyone talks about are real,” Dr. Pepper said. “Communication, commitment, forgiveness, acceptance, willingness to work on a problem, having fun, playing together, enjoying each other’s company.”

But if the formula for success is so widely known, why do so many couples fail?

“People often put their relationship on automatic pilot,” Dr. Pepper said. “And you know what will happen to a plane if you put it on automatic pilot for too long. It’s good for a while, but it isn’t good forever.”

We’ve all been there. Our partners do things that bother us, but we choose to ignore those things, letting them add up. Those things are like termites, Dr. Pepper says: A couple of them aren’t going to take a house apart, but if you leave them alone they will multiply, and walls will crack.

“If you don’t tend to things, they get bigger and more powerful,” she said. “Then someone starts thinking, ‘Why am I in this relationship?’ But they don’t say that to their partner, they just start thinking it. And by the time they say something to their partner, they’ve made their conclusions and there’s nothing else anybody can do.”

A lack of communication isn’t the only problem. Bad manners are also to blame. Dr. Pepper says the closer people become to their partners, the more likely they are to be mean to them.

“They use intimacy as an excuse to be lazy about how they treat the other person,” she said. “They’re not as nice to each other as they would be to a roommate or a coworker or a stranger. They start to make their marriage the dumping ground instead of the proving ground.”

Rather than discuss a problem, they might say things like “Don’t talk to me, I’m upset.” Or they might make accusations: “You’re the kind of person that…”

“Maybe they both wanted to be ambitious and have 60-hour-a-week jobs,” she said. “Then one of them doesn’t want it. There’s no one to blame for that.”

Technology has done a lot for love over the four decades that Dr. Pepper has researched relationships. She’s kept up with the times — Perfectmatch.com, an online dating website, hired her to help develop a matchmaking algorithm — and she’s well aware of how picky people can be when browsing through an infinite selection of potential mates.

“My name for anyone who has a very long list of what they need from someone is ‘lonely,’” Dr. Pepper said. “You can’t just check off boxes. I believe in similarity, but there’s a little bit of magic in life, and there’s also compromise.”

What if you hit it off with someone who shares your values and your plans for the future, but they don’t like to run and you love running? Compromise by running with your friends instead. Besides, some of the things we think are important to romantic compatibility actually aren’t; Dr. Pepper’s research has found that political differences, for example, weren’t involved in breakups.

You’ll leave Dr. Pepper’s seminar with a list of common care-taking behaviors, but it’s up to you to decide whether or not implementing them is right for your relationship. What makes a “normal” couple happy might not be right for you and your partner.

And having a partner might not be right for you. Dr. Pepper acknowledges that spending your life with another person isn’t for everybody.

“There are many ways to be happy in this world,” she said. “I’m just looking at one of them.”

Pepper Schwartz has appeared on The Today Show, Oprah, Good Morning America and NPR and is currently filming Season 3 of the FYI reality show Married At First Sight. She was given the Panhellenic Award for Outstanding Teacher in the Social Sciences and Most Engaging Lecturer on campus in 2007. She has two books coming out this year, 50 Great Myths of Human Sexuality and Snap Strategies for Couples: 40 Fast Fixes for Common Relationship Problems.