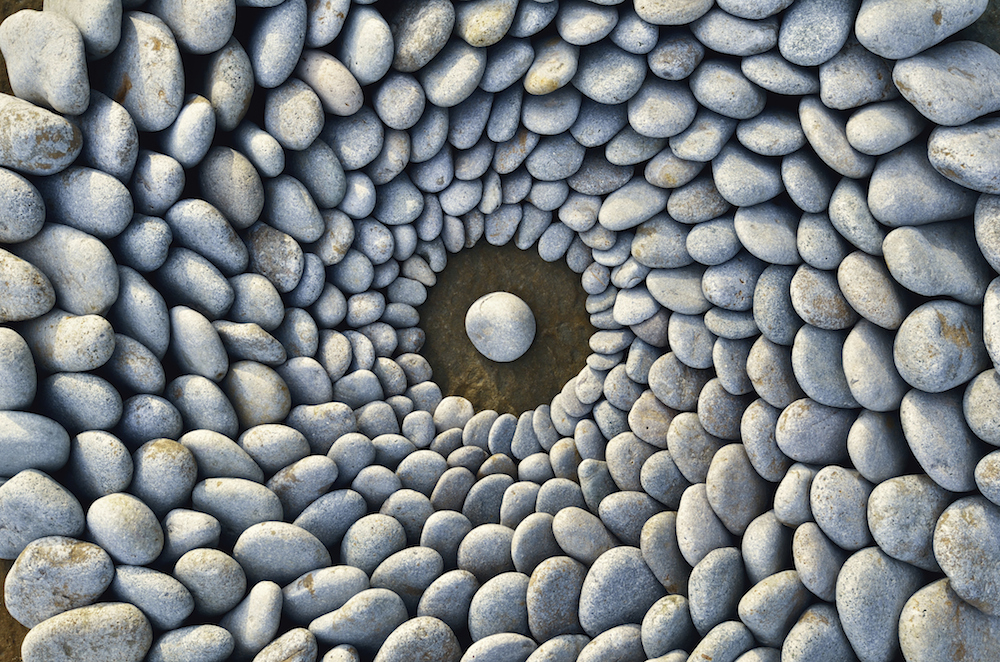 The Dharma is the most important source of insight and inspiration to me as I heal from racism and discrimination and as I work towards social justice. The Dharma has taught me important truths about being a “minority” and the powerlessness, discrimination, and prejudice that often come with that status.

Growing up, I strongly identified by and with my racial identities and unconsciously believed the negative stereotypes. As a Native American (Opelousas/Coushatta) mixed race child growing up in a culturally diverse neighborhood in San Francisco, my white friends were often discouraged from playing or spending time with me. Although I scored well on standardized tests, the nuns who were my teachers tracked me into secretarial training and out of college preparatory courses. Girls from the Catholic school I attended would go to the predominantly white Catholic boys schools for monthly dances. I was rarely asked to dance. I unconsciously internalized these messges that I was worth less than others and was fearful, shamed, and obsequious towards authority. Although hurtful and limiting, experiences like these seem minor next to those of my parents, who passed down intergenerational fear, shame, and rage from much more serious, life threatening experiences

When I entered college and began to understand that I was the victim of racism, I was at first enraged by blatant prejudice and was hopeless about my life chances. I engaged in political work, and participated in the burgeoning Native cultural revitalization movement that was sweeping urban areas all over the U.S. and in other communities of color. As an undergraduate in the 1970s, I was very involved with the American Indian student rights, people of color movement at San Francisco State University. After years of political, cultural, and social work, I came to be disenchanted, particularly with the anger, separation, and other afflictive emotions that unmindful political community work and youthful party life can cultivate. As a mixed race person, I often felt that I had no solid cultural ground anywhere.

At 23, I moved to Europe to live the expatriate life and after a number of years, found my way on the well-traveled path to Nepal and India. I arrived at Kopan Monastery in Nepal to study Buddhism and then went on to Bodhgaya and Dharamsala for more retreats and Dharma teachings. Being a Native person in India and Nepal had excellent advantages. I looked much more like the people here than I did in Europe and I traveled around Nepal and India with Tibetans and was accepted by many people as an American sister.

Back in the U.S. a year later, I took advantage of the retreat opportunities provided by the growing Western Theravada community and also found my way back to Native spirituality through the Lakota Sun Dance, Sweat Lodge ceremonies, and the Native American Church. At that time, the Western Buddhist community, outside of the Asian immigrant churches, was predominantly white. Unlike my experience in India and Nepal, I often felt very out of place and invisible at Sangha meetings and could hardly afford the retreats. I loved the Dharma though, and did not leave the practice.

Through intense meditation practice and the wisdom of the Dharma, I came to uncover how I had internalized negative racist and sexist opinions and also came to see more clearly the truth of those experiences in my social and professional interactions. I am more attuned to the words in my head that hold me back and condition my unkindness towards others and myself and I work to lessen their impact. The racist opinions and beliefs that creep into the most innocent social or business interaction or decision are more clearly distinguished and can be resisted. There were other benefits as well. I began receiving straight As while completing a doctorate at UC Berkeley; before meditation I was barely a B student.

In 1999 I was introduced to Vallecitos Mountain Refuge, and the wonderful work Linda Velarde and Grove Barnett were doing to bring the Dharma to social activists, with special emphasis on people of color. I attended my first people of color retreat with Joseph Goldstein and George Mumford in 1999 and have sat annually with these teachers since then. With the help of Ralph Steele, a group of New Mexicans from that retreat started a people of color Sangha in 2002. We have now extended our group to include white people who want to sit with us and support us as people of color. In the Native American talking circles that take place after our weekly sit, we often discuss the ways the Dharma helps us to overcome our internalized oppression and ways to more skillfully deal with the hurt we all encounter. Although healing is a lifelong process for us all, my life is much more peaceful and clear.

Undoing Racism Through the Dharma

I believe we all have a duty to uncover, resist, and transform racial oppression and injustice. The following are a few ways the Dharma helps us in that wholesome project.

Right Speech, Right Action, and Right Livelihood are the elements of the Eightfold Path that deal with virtue or integrity. Right Speech has three elements: truthfulness, timeliness, and usefulness. Applied to anti-racist work, naming the truth of racist words or deeds is a tricky business. Skillfulness is a function not only of recognizing when racism is at play, but also knowing the most useful time to bring it to awareness and the most lucid language to invoke understanding. In regard to admonishing another or ourself, the Buddha advised that we should investigate five conditions:

Wisdom: “Be Less Not More”

Right View tells us that race exists on the level of “relative” reality. Race is based upon dualist thinking: black/white, male/female, self/other, good/bad, praise/blame, etc. On an ultimate level, race/ethnicity is a fiction, and identification with it is unskillful. Nondualism is beyond binary oppositions that inevitably create separation, hierarchies, and oppressions.

Right Effort, Right Mindfulness, and Right Concentration fall under the heading of concentration. Racism and other forms of discrimination are so fundamental to how the modern world organizes itself, that without some form of continued spiritual practice (Right Effort) promoting clarity and love, it will be very difficult to make a meaningful and lasting difference. Social justice efforts that do not include the cultivation of clarity and love are doomed to failure. Meditation is key to uncovering the many stories we play in our own minds that are centered in fear. As we meditate, we can see our own propensities towards self-hate, racism, sexism, homophobia float away and we also see more clearly how these work in others. When we cultivate the Brahmaviharas (loving-kindness, compassion, sympathetic joy, equanimity) we are substituting afflictive emotions with skillful means.

As we develop skills to name, accept, decondition, and depersonalize these unskillful habits, we learn skillful ways to work more efficiently in our relationships, jobs, communities, and political life. As we cultivate wisdom and compassion, it infuses all aspects of our life.

The clarity provided by my sitting practice allows insight into the projected privilege of whites, men, heterosexuals, tall people, thin people, rich people, and others who are afforded higher status. For example, retreats are particularly useful for uncovering unrecognized but predominant mind states. In the first days of retreat, I am often surprised at the pervasive arrogant, privileged and competitive mind states that are the result of my identification as a college professor. Mindfulness allows me to see more clearly and with compassion the institutional and individual racism and privilege around me and allows more space and grace when confronting the illusions and delusions of race. The intention and skill we bring to social justice work will determine if our efforts are meritorious, wholesome, and productive of happiness, or the cause of more delusion, ill-will and other forms of suffering.

Native traditional practices like the Sun Dance, Sweat Lodge ceremonies and the Native American Church also reduce suffering and are based on the same universal truths as the Dharma. In many ways, to be a “pipe carrier” is to follow the Buddhist precepts to be truthful, kind, and not to harm. The principle of Mitakuye Oyasin, All My Relations, is to know our fundamental connectedness and equality with everything — it is to know selflessness, anatta.

Much gratitude to my teachers.

Join us for Mindfulness: A Ubiquitously Positive Thing with Dr. Bonnie Duran on Wednesday, June 17 at noon in Health Sciences. Register here. 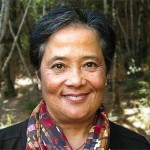 Dr. Bonnie Duran, an associate professor in the School of Social Work, has been practicing mindful meditation for over 30 years. Professor Duran’s interest in mindfulness started after college. She checked herself into a Tibetan monastery in Nepal for two months and the idea that suffering was pervasive in our lives resonated with her. She’s been practicing mindfulness since then and is training to become a Buddhist teacher. In her free time she teaches at mindfulness retreats around the world. This article was previously published in Dharma, Color, and Culture: New Voices in Western Buddhism (2004).

5 Thoughts on “Dr. Bonnie Duran on Race, Racism, & the Dharma”

What a wonderful article. I can really relate!

Thank you for taking the time to write and share your feelings and views of racism and taking the mindful path to a better lived life. I enjoyed reading this essay and forwarded to my friends in hopes that they will too feel the impact of your words.

Thank you! I feel affirmed by the experiences you shared, especially in the recalling of your youth. Thank you for providing this space.

Than you so much, as an Indigenous Māori women who was just eclipsing into a realisation of the destructive, socially rupttring force my insistence on Māori ‘specialness’ represents your words mean much – ngā mihi mo te māramatanga – appreciation for the illumination. Please let me know if you ever do this work in Aotearoa New Zealand.