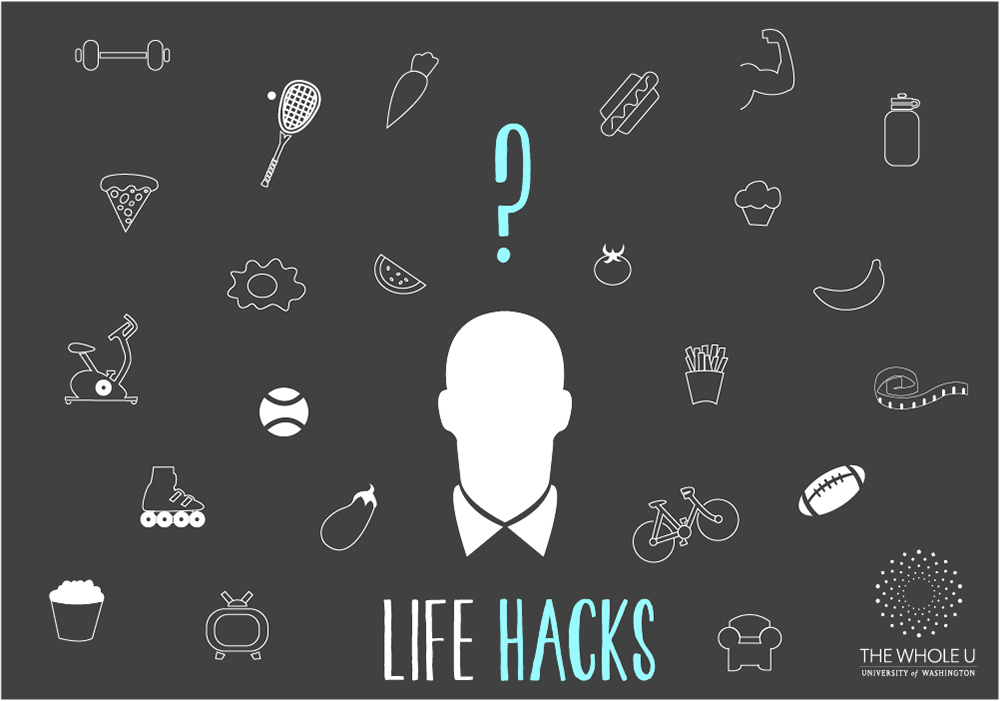 The overwhelming majority of diets fail.

We’ve all heard that statistic before. Some studies say it’s upwards of 90%, but whatever the number is, it’s clear that the way we’re trying to lose weight isn’t working.

“You want to make the healthy choice easy and the unhealthy choice hard,” Kristen said. “It’s going to sound kind of ironic, but you want good health habits to be mindless, not mindful.”

Kristen is a research scientist at the Health Promotion Research Center, which is based in the UW School of Public Health. As someone who studies wellness in the workplace, she knows that sticking to a diet has as much to do with your office environment as it does with your own kitchen. She will share tips and tricks to a healthier life at a May 21 Whole U seminar called Life Hacks for Eating Better & Moving More.

At her seminar, Kristen will do away with the idea that willpower is your best weapon in a successful lifestyle change. While we’d like to think that everything we do is rational, she says, the reality is that a lot of our decisions are impulse-driven. Because of that, we need to eliminate the bad options before they can tempt us in the first place.

Don’t worry, Kristen won’t just tell you to give up all of your favorite treats. Sure, she thinks the reliance on willpower is misguided, but she recognizes that as much as people feel guilty about overindulging, they “don’t like feeling deprived, either.”

So if you want to have some candy, have some, but make it hard to get to. If there’s chocolate in your office, for example, put it in an opaque container with a closed lid. Studies have shown that simply doing that will make people eat less of it.

You can also establish wellness habits to balance out your penchant for treats.

“If you take the bus to work, get off one stop earlier,” Kristen said. “It’s not a big deal, but in time it can be.”

If you’re a manager looking to create a healthier workplace, think about incentivizing your employees. “People like time and they like stuff,” Kristen said. Give out water bottles or pedometers. Encourage them to attend healthy events and activities on campus.

Managers are often receptive to their employees’ ideas about how to make an office healthier, so don’t be afraid to speak up.

Above all else, the key to becoming healthier may very well be to know your own limits. As counter-intuitive as it sounds, if you want to succeed in a diet, start by expecting less of yourself.