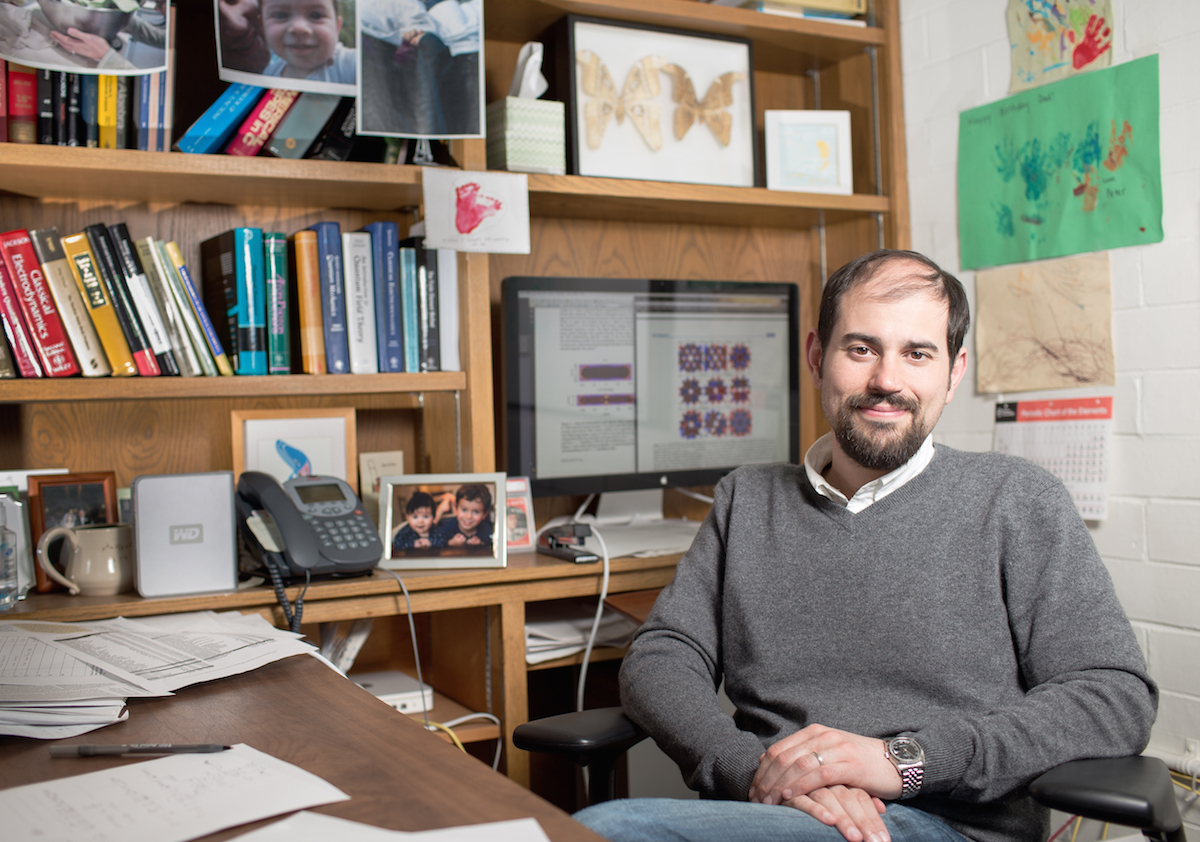 “We’re theorists, and we do simulations as well,” Masiello said. “We have no laboratories. Everything we do is paper and pencil, and white boards, and writing computer codes.”

Masiello and his team study plasmonics and nanophotonics, which involve the properties of light on the nanoscale (one billionth of a meter). Applications of nanoscience research range from photo-thermal cancer therapy, which uses tiny bits of metal to burn out tumors, to protecting soldiers on the battlefield, who could use the technology to detect the presence of chemical warfare agents like mustard gas in the atmosphere.

“It’s all about curiosity, and it’s an outlet for creativity and imagination,” Masiello said. “I don’t care at all about how many hours anyone in my group puts in. If someone has a few hours of creative time, that’s worth a hundred hours of just turning a crank.”