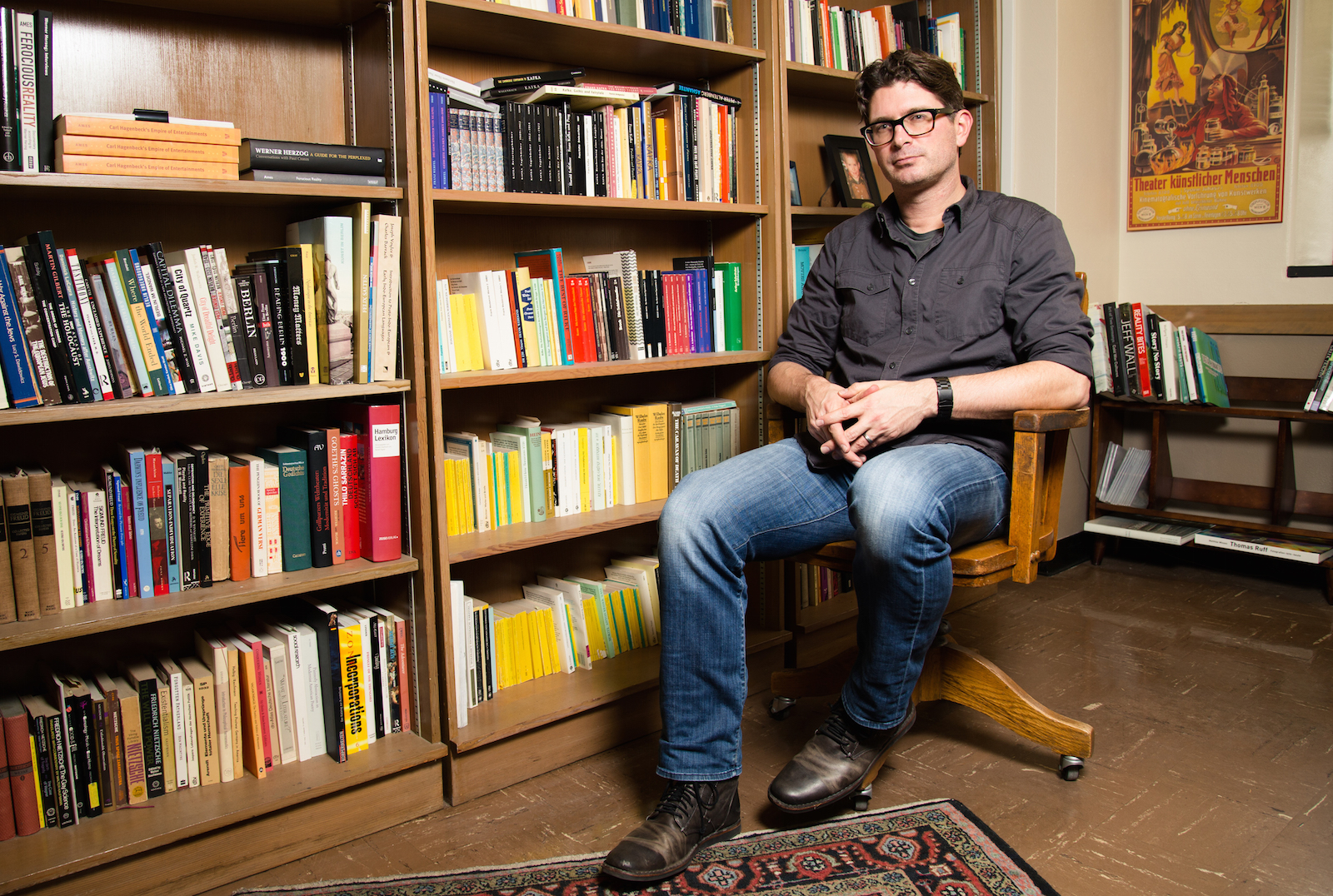 Eric Ames is a professor in Germanics and Comparative Literature who specializes in cinema. Much of his research explores the enigmatic work of German filmmaker Werner Herzog, known by mainstream moviegoers for documentaries like “Grizzly Man” and “Cave of Forgotten Dreams.”

Last quarter Ames taught a class on film noir, the genre of dark and moody thrillers that Hollywood churned out after World War II. “I can’t get enough of film noir,” he said. “The first thing I say to my students is, ‘This stuff is candy.'”

Thanks to such engaging course material, Ames says he sticks to a no-frills style of teaching.

“I am old school as a lecturer,” he said. “I believe in presence: that students need to show up, listen, engage, participate. I don’t even do PowerPoint. I just talk, ask questions, and freestyle based on how students are responding. Of course I have an agenda, specific goals that I want to reach in every class. But the challenge for me is how to do that in conversation with others. There are probably some people who find my approach to be old-fashioned, fuddy-duddy, whatever you want to call it. I’m not the poster boy for online learning or anything like that. I’m the opposite.”