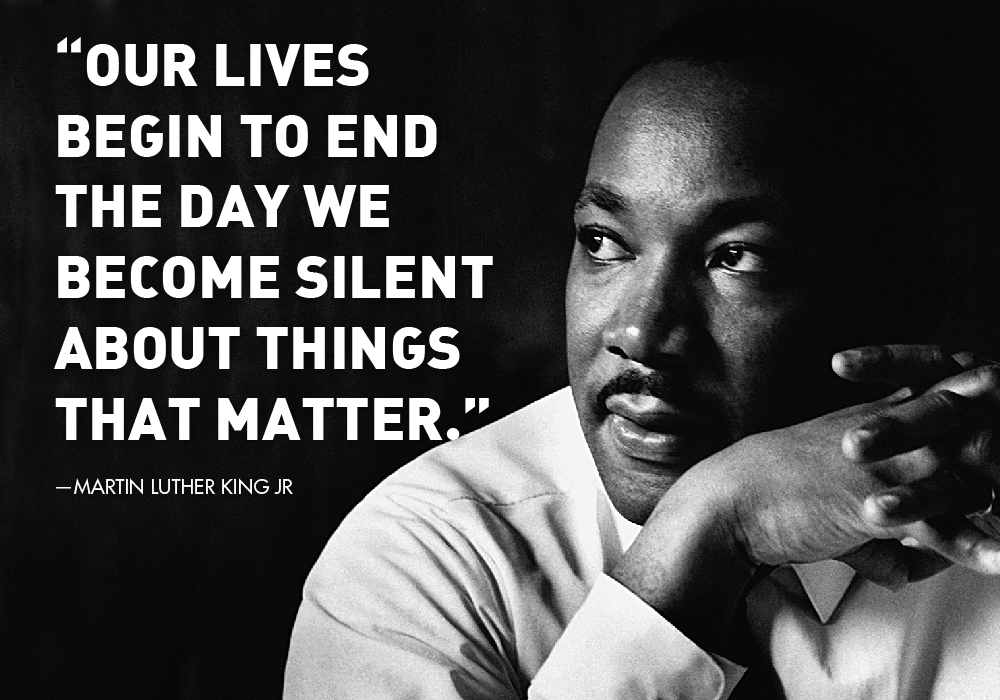 This week, volunteers throughout America will donate their day off to honor the public service legacy of Martin Luther King, Jr. Today, on what would’ve been his 86th birthday, The Whole U takes a look at King’s legacy as it pertains to race relations. While spearheading a movement for equality in the 1960s, many people called the now-celebrated civil rights leader a radical, a rabble-rouser, and even a communist. We talked with UW faculty and staff members about what King’s legacy means from historical, political, and personal perspectives. All the views expressed belong to those who presented them and not to The Whole U.

The Whole U: People who weren’t alive in the 1960s might not know what race relations were like back then. Can you set the scene?

David Domke: After the end of slavery, there were some Reconstruction amendments passed by the U.S. Congress that attempted to bring black people into full equality and full opportunity. Those amendments did important things, but they had loopholes in them. Those loopholes were quickly seized upon by white people in power, particularly in the South. The reality is that post-1880, African Americans in this country did not have near the opportunities that it looked like they would after the Civil War. Even in the North, where there was greater political opportunity, there were economic and legal challenges.

By the 1940s, African American men were returning from World War II. They were fighting for a country that didn’t give them the freedoms that they just put their lives on the line for. Another colleague at the university, Chris Parker, has shown that black military veterans were instrumental in catalyzing the civil rights movement, so that into the 1950s, you have an energy — a new determination — for not accepting the current situation. This began to crystallize in Southern locations because there were far more African Americans in the South, and the oppression there was much more direct and explicit. The segregation, the discrimination, the outright racism, and the completely bracketed lives of blacks led the South to be the place in which the movement took root.

TWU: When we think about the civil rights movement, oftentimes we just think about the South. But there’s a Gallup poll from 1965 that shows King only had a 45% favorability rating nationwide. So he was, in an ideological sense, going against the majority of the whole country.

DD: There’s no question that’s the case. After the successes of the Southern civil rights movement, King led a movement into Chicago. He wanted to attack the slums and the ghettoization of African Americans and the poverty there. The movement ran smack into Northern racism, segregation, and powerful political forces. King famously said the toughest place he ever led a campaign was in Chicago.

What the South offered was an explicitness about the racism. What the North offered was a more deeply embedded, veiled racism. Even after you attacked the explicit racism of the South, the Northern racism proved very difficult to challenge. As a nation today, we’re far more like the Northern than the Southern situation, in that the discrimination and the implicit racial biases that research shows we still have are far harder to get at than the explicit racism.

TWU: The King quote that’s associated with MLK Day is, “Life’s most persistent and urgent question is, ‘What are you doing for others?'” That’s a great quote, but it’s not directly about civil rights. If you could pick a quote or an idea of King’s that reframes MLK Day to be about race relations, what would it be?

DD: In his “Letter from the Birmingham Jail” from 1963, he talks about the idea of tension between people who disagree. He makes the case that the absence of tension is not in and of itself an indication of peace — that the absence of tension could actually be an indicator of great oppression. He talked about the value of constructive tension and “positive peace”: the idea that we must be willing to talk about the disagreements we have if we are to build a peace that is positive, in which we truly respect and understand each other. There are so many people who don’t want to talk about issues of race or racial differences because it brings up tension or discomfort. But I think if we’re truly going to commit to justice and equality, then we have to see tension as a potential step toward positive peace. 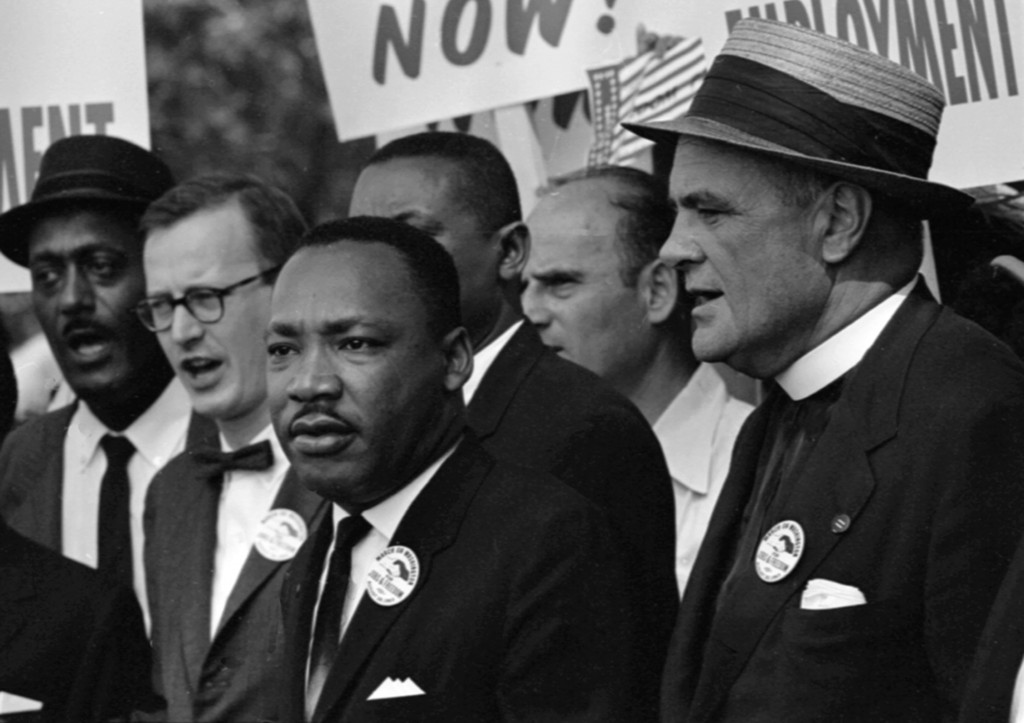 Dr. King has inspired me in two ways. First, his words have provided me with a framework to understand the United States and its racial and economic divides. He has also left a blueprint of how we might continue to alleviate injustices in America — through coalition building, non-violent movements, creating agendas to organize workers, fighting for living wages and a quality of life for all people, and speaking truth to those in power. Secondly, his legacy reminds me of what is possible. Symbolically, his leadership, and the leadership of so many other civil rights leaders, has demonstrated that we can organize, we can unite for a common goal, and that we can create real changes — both legally and socially.

What makes Dr. King’s memory so relevant today is the fact that we still have inequalities in the United States. We still have racial, ethnic, and class disparities within every institution. We still have an unjust criminal justice system. We have biases that have led to the murder of U.S. citizens, as evident by the recent killings of Black men across the country from Ferguson to Staten Island to Cleveland. We still have economic inequalities with millions living in poverty without food and shelter. While we have made a great deal of progress in the legal protection of citizen’s rights, and also in access to education and occupational positions, Dr. King’s words in the 1960s still describe much of what we see on the news today. His organizing and his calls to action are still relevant in prescribing how we can move forward in a positive way.

I always tell my students in January to spend a little time reading, watching, or listening to King’s later speeches, in place of or in addition to his now-iconic “I Have a Dream” speech (1963). If you listen to his 1967 speech voicing his opposition to the Vietnam War, you can’t but recognize that King’s critique ran much deeper than what we’re accustomed to hearing every year on MLK Day. Calling the U.S. government “the greatest purveyor of violence in the world today” and speaking as a “citizen of the world,” King identified with the poor in Vietnam and in the United States. For King and many others, working toward racial justice meant embracing a sense of belonging beyond the U.S. nation-state and confronting the violent machinations of that state.

In contrast, I think the history of race in the United States has been domesticated and sanitized to the degree that King’s radical, global vision has become largely illegible. Beginning with Reconstruction in the 1860s and culminating in civil rights legislation in the 1960s, the U.S. state has seemingly stepped forward to advance and sanctify America’s supposed commitment to racial equality and racial justice. The federal government finally mustered a national resolve to defeat racism once and for all, to enforce desegregation on a reluctant South — so the story goes. That historical depiction, in turn, has been essential to making the U.S. state appear nonracial and even anti-racist across time. The movement against police brutality and state violence that emerged in 2014, I think, has helped to make MLK’s radical vision very relevant and legible in our own time.

Read more of Moon-Ho’s take on Dr. King in his interview with UW Today. 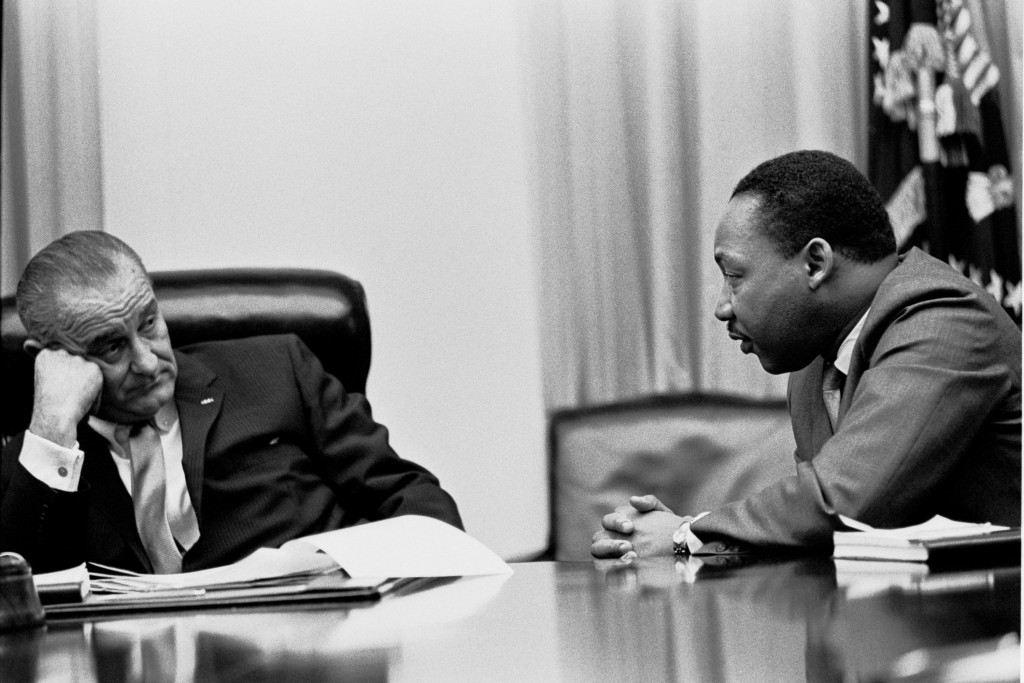 A large part of the importance of MLK’s legacy is about validating the experiences of people of color and honoring MLK’s memory by engaging in service. Thinking about the intersections of wellness and race, perhaps now more than ever, this day of service acts as a time for us to gather as a community for dialogue and healing, as well as advocacy and service.

As I reflect on the importance of race and health, particularly in regards to MLK Day of Service, I think it’s important to think of the concept of The Whole U as an opportunity to bring one’s “whole self” to campus. Gathering with students and faculty to discuss issues of bias or getting involved in movements that matter to you is an important part of your “Whole U.” It’s not limited to just physical fitness or eating right, but about working in a place that recognizes all aspects of your identity and values your wellness within that world view.

Building community, contributing to change-making activities, and advocating for issues that matter are all an important part of wellness. Advocating for systemic change around issues of health, safety, education, and socioeconomic disparities are at the forefront of thoughtful conversations that are happening in the community and on campus right now.

For example, African Americans and Latinos continue to be the group most at risk for heart disease and diabetes, while also continuing to be the groups least likely to get the care they need. Even something as simple as participating in community service, resolving to make better choices in your health, or making changes to the foods you eat can be an important part of self-care. Self-care and wellness is important fuel for social justice advocates and allies. Doing social justice work on any level can be exhausting and at times hard on the soul. I couldn’t do this work without having moments when I allow myself to “return to center” and gain balance in my chaotic life.

We should honor the King legacy today by working to reduce police violence; by campaigning for jobs, housing, health care, and education for all, funded in all communities on an equal basis and with special programs to pull people out of poverty; by reducing the $600-billion military budget and starting to close our 900 military bases across the world and using that money to fund infrastructure, jobs, and the public good; by supporting the right of Palestinians and other oppressed people to land, industry, health, education, and hope and to be free from military assault and economic exploitation; and by honoring King’s work for equal rights for all, for peace and justice, and to establish the “Beloved Community.” Dr. King stated grand ideals and pointed the way in terms of how we might best think about the human condition; equally important, he organized and spoke on behalf of measures that could change the world and make it a better place. 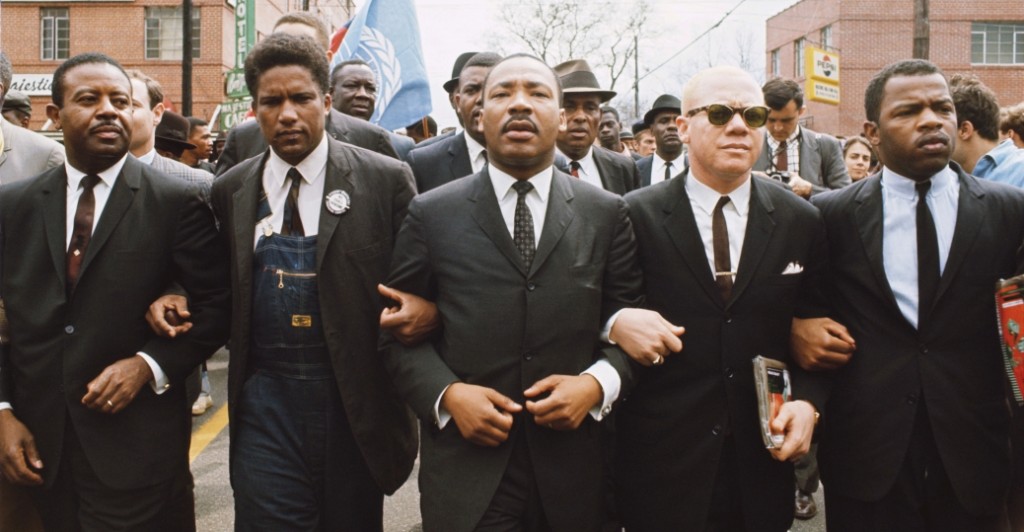 What does Dr. King mean to you? Share your perspective in the comments.