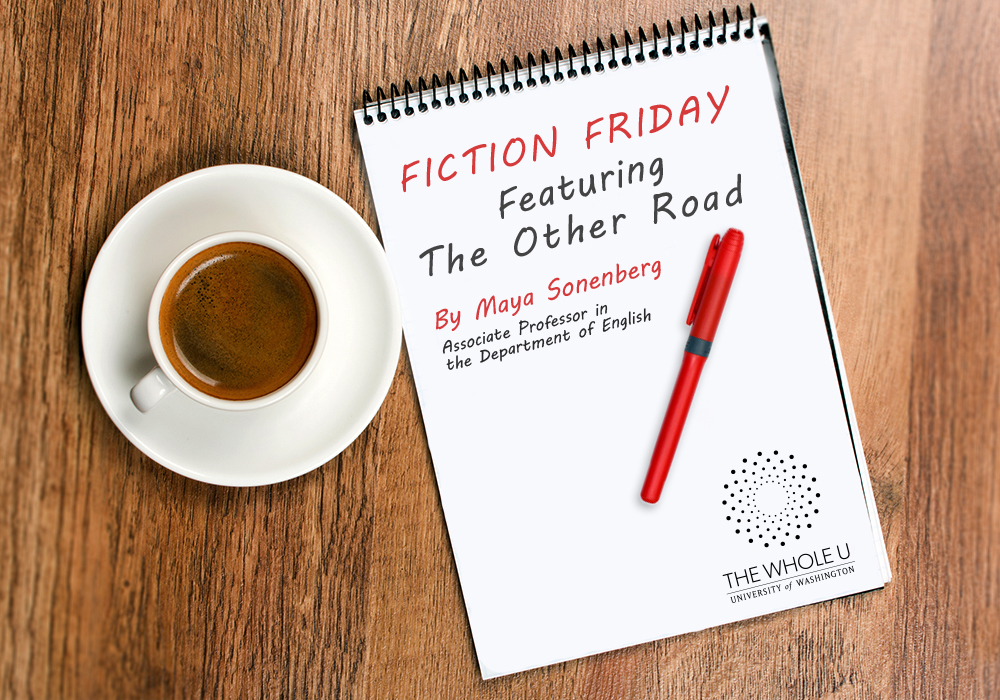 November is National Novel Writing Month, so we invited a few faculty and staff members to share their fiction with us. Maya Sonenberg is an associate professor in the English Department who specializes in fiction writing, modern fiction, 20th century literature, and women’s literature.

In the middle of the afternoon, the spring rain was delicious, although he wondered how that term might apply to something he couldn’t taste. It washed lilac through the open bedroom window, the bush outside thick with flowers, and this must be what woke him from a dream of lying beside his wife, a dream he had while lying beside his wife. She had walked through the open window carrying the baby and a basket of lilacs just as he set the chime on a new clock.

In a different part of the country, his grandmother had raised him single-handedly in a cottage smelling of damp tweed and licorice. He’d been put on the train with just a basket of provisions, and he had one vague memory of the time before coming to live with her, a memory so inconsequential that I shall not relate it here.

Outside his grandmother’s gate, the road had turned right to the village and left to the forest. He was allowed to walk to school in the village and he was allowed to venture in the other direction, but not as far as the forest or lake. One day, as he walked along, he glanced across the fields and for the first time, saw another road running parallel to his own. Where had it been until that day? On the other road, walked another boy, also wearing a red flannel shirt, also carrying a basket from which, even at this great distance, the smell of cookies seemed to drift. When the boys saw each other, they waved, in exactly the same way. When one stopped waving, the other did too. When the boy turned his head, he saw that the roads converged in the distance and he started to run, towards that convergence. Behind the other boy had been the shadows of a man and a woman. He ran faster and harder than ever, and when he finally stopped, he found himself at the very edge of the forest, where he sat down on a log and allowed the trees to shade him. The lake glittered below. Something about a drowning bothered him. The other boy—where had he gone? And the other road?

Soon, an old woman—not his grandmother—emerged from the forest, carrying a basket, and asked “are you lost?” At first the boy was relieved, but then she walked on without waiting for an answer. As he tried not to cry, a hunter emerged from the forest, his rifle over one shoulder and a sack over the other. Whistling, he passed the boy by. The boy thought of a story his grandmother had told him about a hunter returning home after a long trip, entering his house through the great front window, and joining his family. Then he dried his eyes on his shirt, and a woodsman emerged from the forest, his axe over one shoulder and a sack over the other. He sat down next to the boy and wiped his forehead. Something red bulged from the sack, and a familiar odor emerged, something like wolf, blood, or cookie. After a while, the woodsman told him a story about returning home after a journey, such a long journey that his mother and father have given him up for dead. He approached his home at night, watched his parents a long time through the great front window, their faces happy in the candlelight, and turned away again. 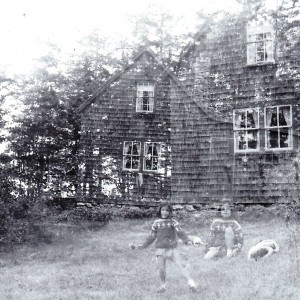 Maya Sonenberg is an associate professor in the Department of English and the author of two story collections, Cartographies (winner of the Drue Heinz Literature Prize) and Voices from the Blue Hotel. She began by writing fairy tales–when she was 10, she wrote a story about a doll who was also a princess and also a fairy–and is still trying to do so.”The Other Road,” a retelling of Little Red Riding Hood, was originally published in Pear Noir!