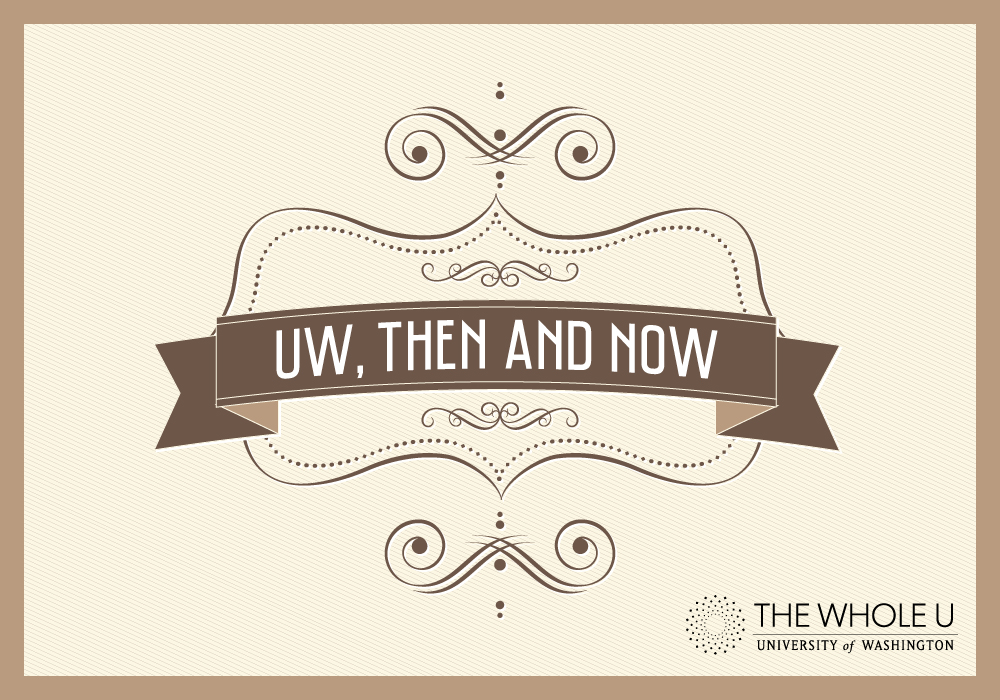 The University of Washington is a stunning, timeless campus enjoyed by over 40,000 students and around 40,000 faculty and staff. Every year, thousands of visitors from around the world  are also attracted to the campus and its beauty.  I searched through archives of many photos provided by the University Libraries and found some of UW Seattle’s oldest and most iconic campus buildings, then I went out and took my own photos in today’s time.  As you can see in the side-by-side pictures, most of the changes come from technological advancements and innovations. You will notice added sidewalks and roads, modern street lamps, and compost and recycling bins! However, one of the most noticeable changes in the photos is the abundance of greenery on today’s campus. Luscious bushes, beautiful flowers, and towering trees now beautify the campus more than ever. Take a look for yourself!

Johnson Hall is today the home of the Department of Earth & Space Sciences. We created this new department ca. 2001 from the former Department of Geological Sciences and the Graduate Program in Geophysics.

Hi Dan! Thank you for the update. I will make that change!